We walked away from our review of today’s fundamentals with a slight bullish sentiment. Let’s see if that carries over to any buys. 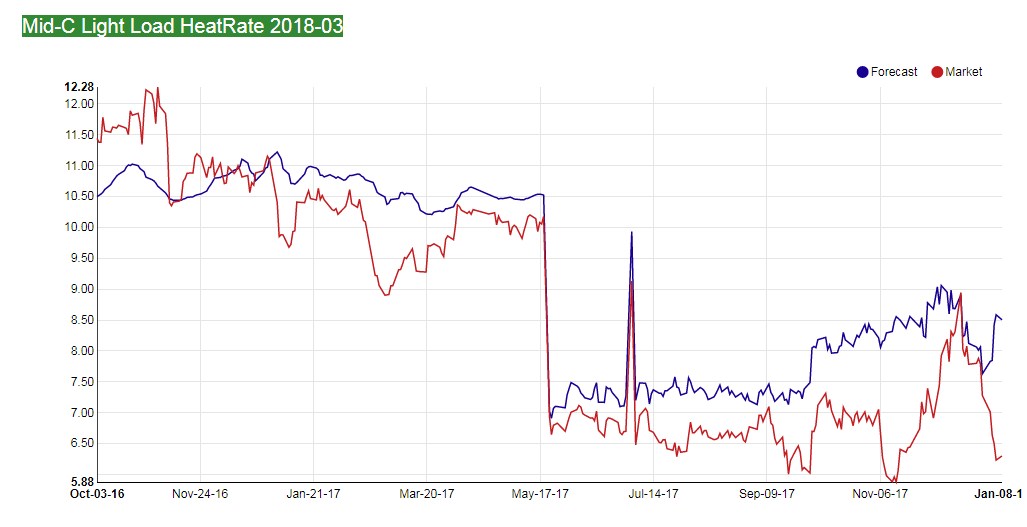 Here is one we’d own, the Mid-C March LL. Not only do we like the fundamentals:

We love seeing the market pound this bullet to near-market lows. 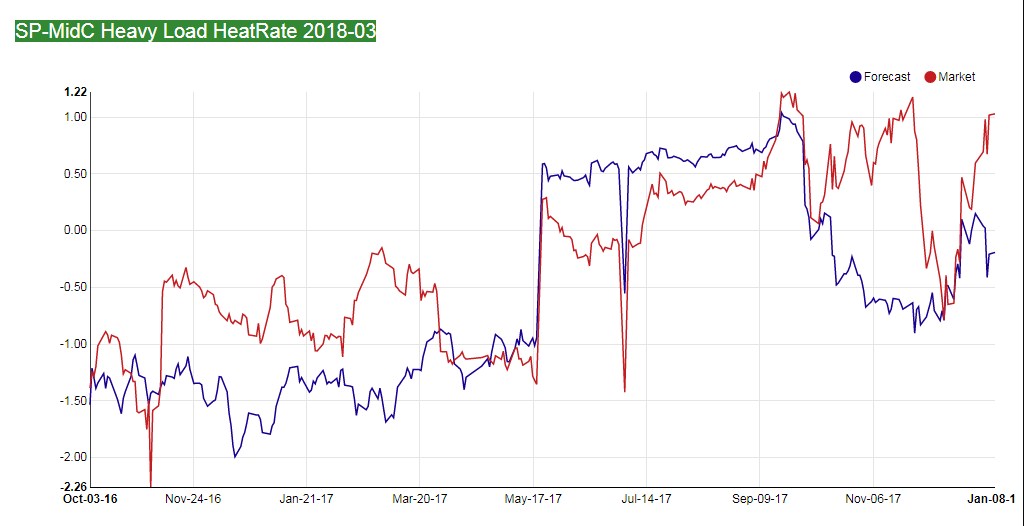 Same trade, this version is the March spread to SP and is back to approaching contract highs. We like it more from the outright side than the spread. 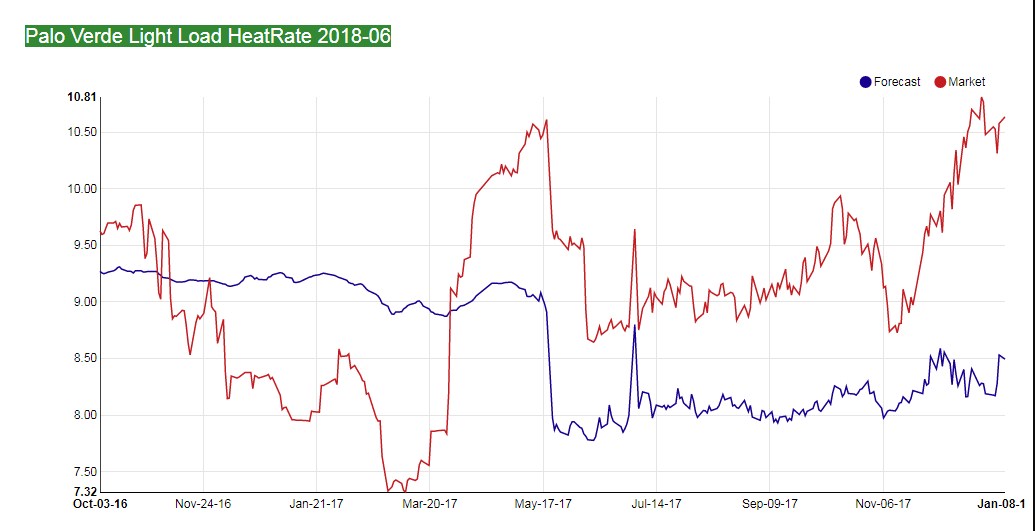 The June Palo LL has come off from its highs but is still way up there. You’ll need weak cash to get any love out of this, and with Phoenix flirting with ten-year lows next week you won’t see that cash; we’d pass. 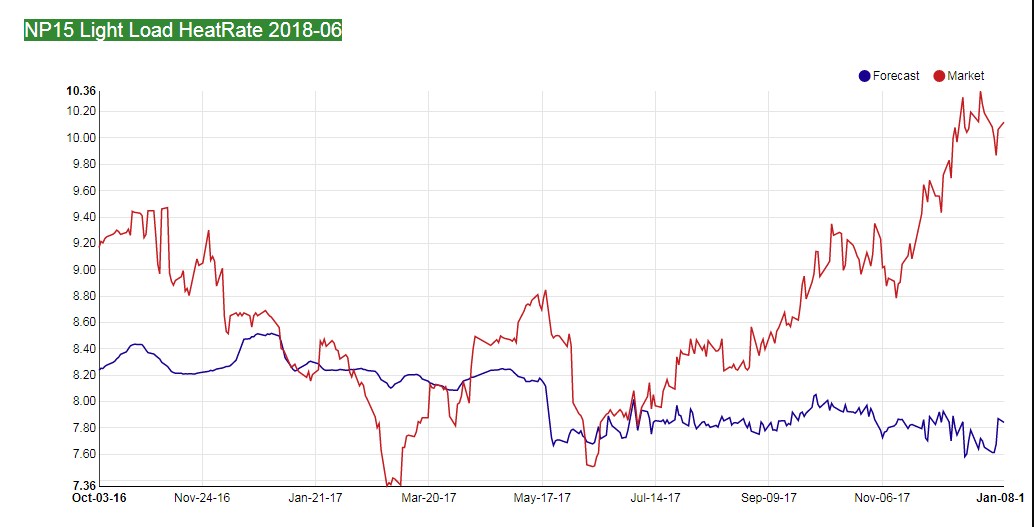 Same trade, but at NP and similar sentiment. Cash needs to crater to get any move downward in the June; we don’t see an exceptionally weak outlook so have no desire to tie up VaR; there are better bullets to invest in. 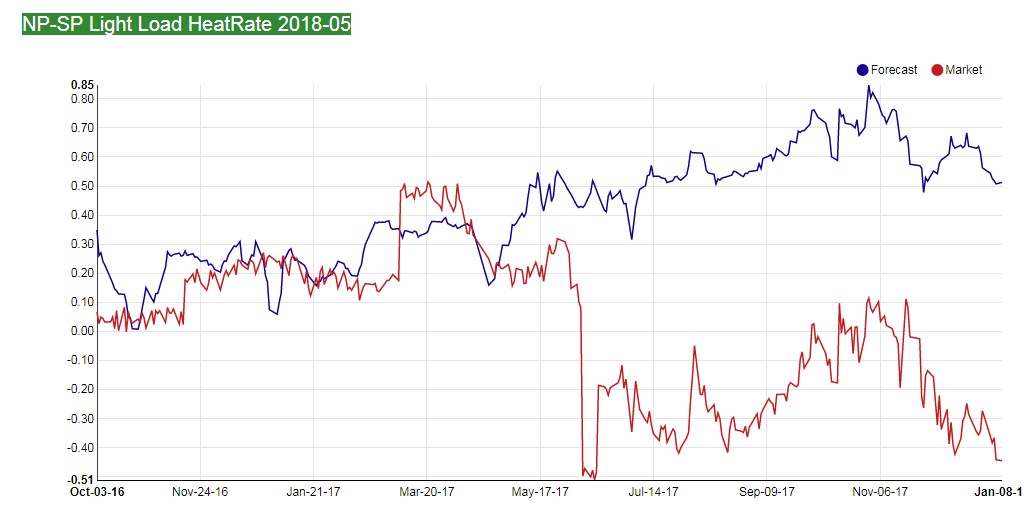 Like spreading NP to SP in May. This is a very dry water year for California, and this spread is trading like a very wet one. Sure, SP15 has been on a terror, all driven by gas issues, but those have mostly been resolved. We’d buy this one.

In honor of the first flood control release of the season, we’ll dedicate the rest of this post to the Mid-C. 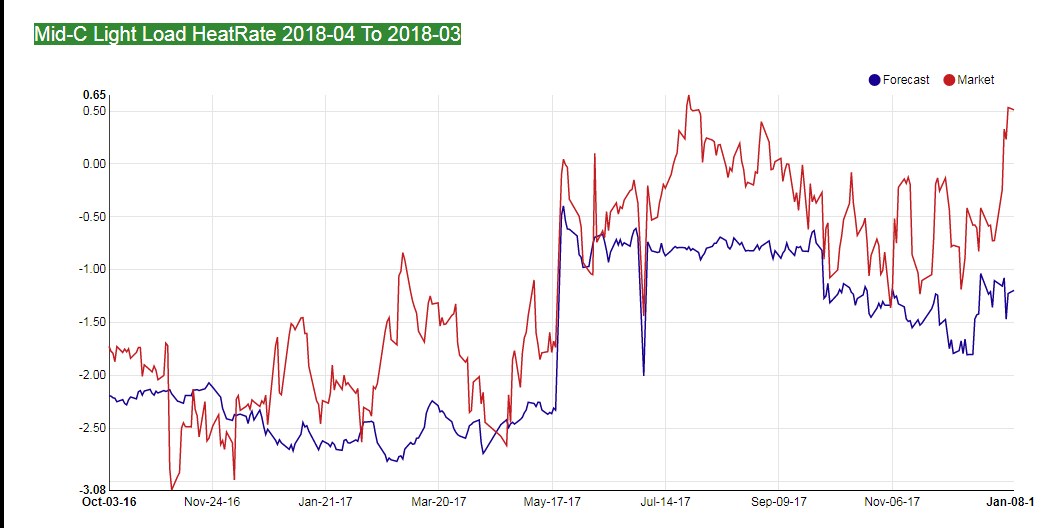 A great way to trade runoff is the rolls and here is one, the April-March LL, we think is an opportunity. Not only is the roll now at a contract high, the fundamentals are moving away from owning the April over the March.  How much March draft should we expect, given what we know today? 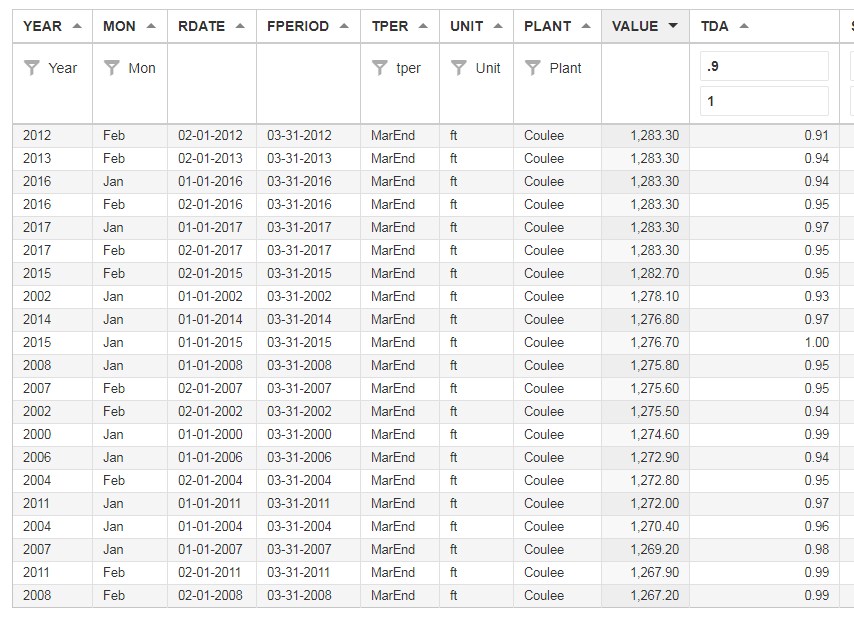 Look no further than history; the end of March target for all water years between 90% and 100% has ranged from 1267 to 1283; Coulee is sitting at 1281 today. Worst case is fourteen feet but doubt that happens, the mean is around 1275, all of which means zero draft impact on hydro operations through March. 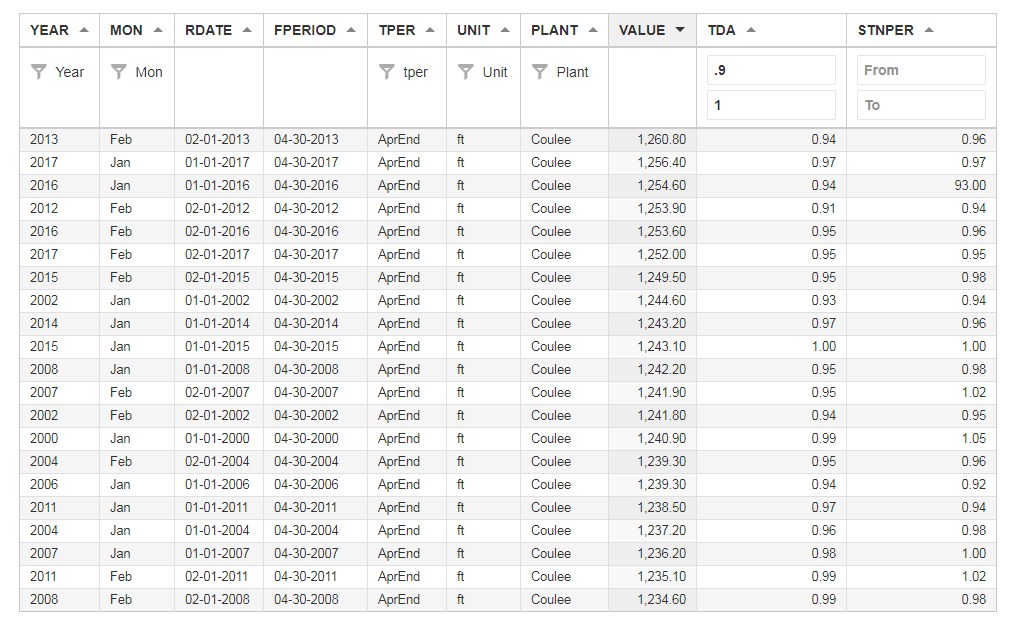 A much wider range, from 1234 to 1260, with a mean around 1245. In other words, any draft in a dry year is going to take place in April, not Feb-March. Also, make note that last year realized biblical low-elevation snowmelt; there is a zippo chance of that occurring this year; there is little to no low-level snow. 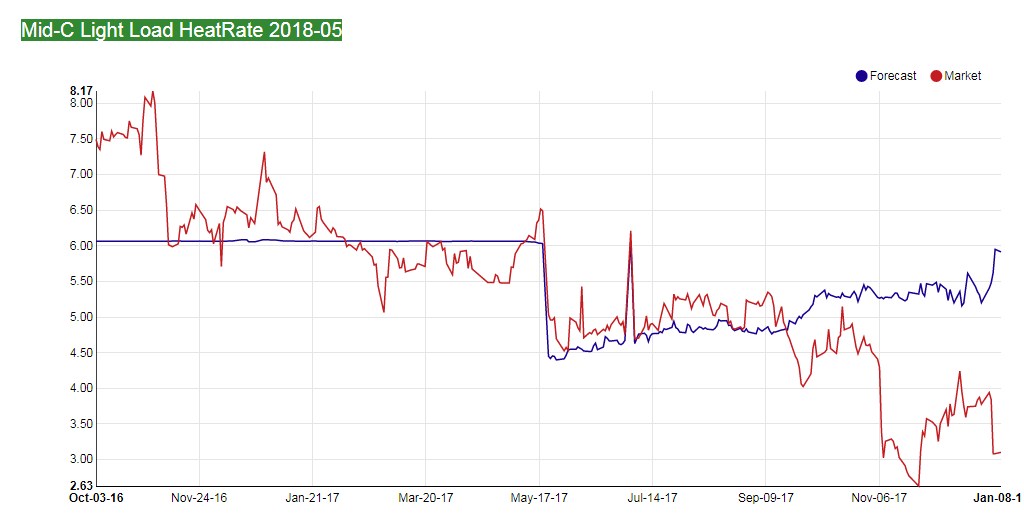 The May off-peak rallied off its contract low; now it is getting sold again; we’d step in and own some of that off of dry; of course, should it get wet, we’d flip out of it. 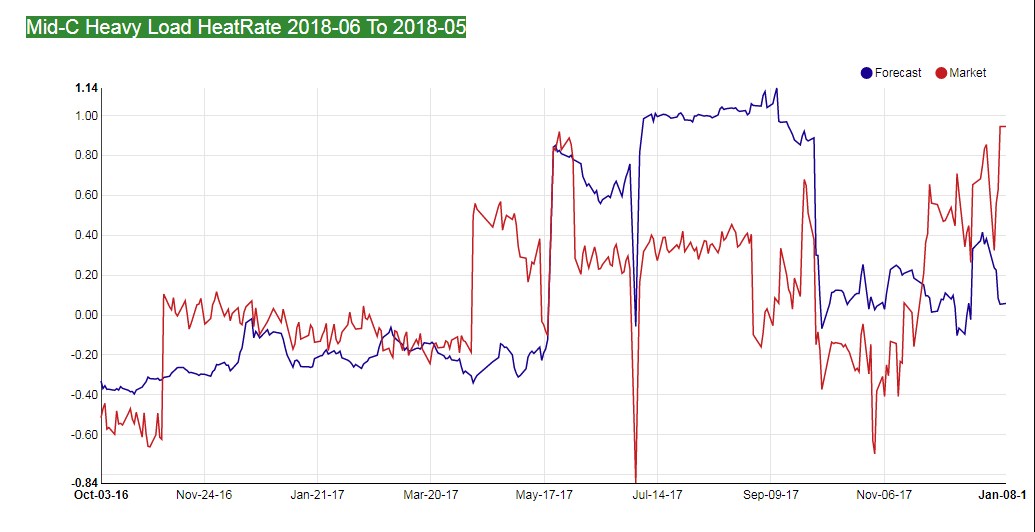 Rolling May to June, HL, and we see a contract high. Again, makes no sense in a dry year since we don’t know the timing of the melt. We’ve seen two extremes in this roll — dirt cheap in Nov and now bitcoin expensive. Fade those extremes. 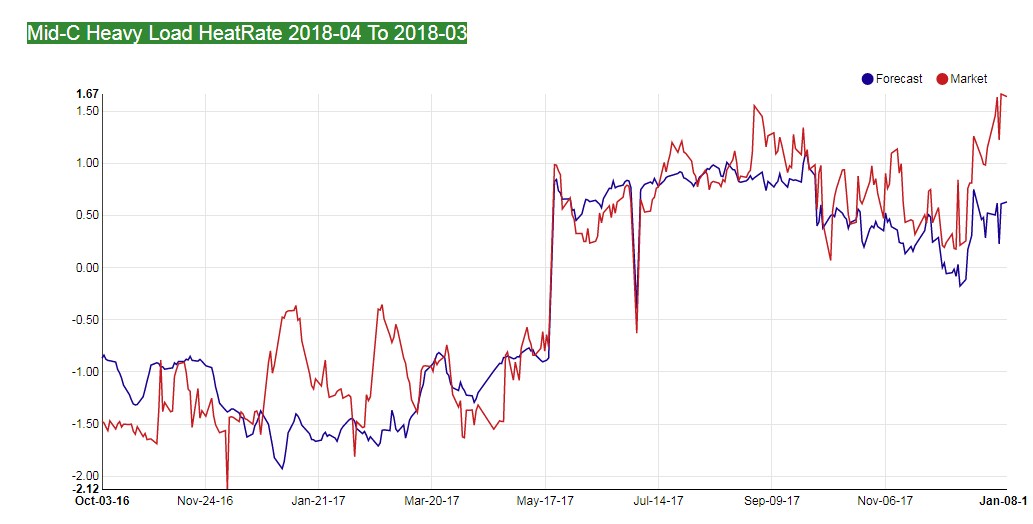 Same trade as the LL, we’d own the March every day over the April in this type of year. Power demand is about 1500 aMW higher in March than April; hydro energy is about a wash. We’d short this for size.

In front of a potential cold blast, we’d be all over owning the March outright. It’s not a contract low, but fundamentals are aligned with low prices making this a compelling own. 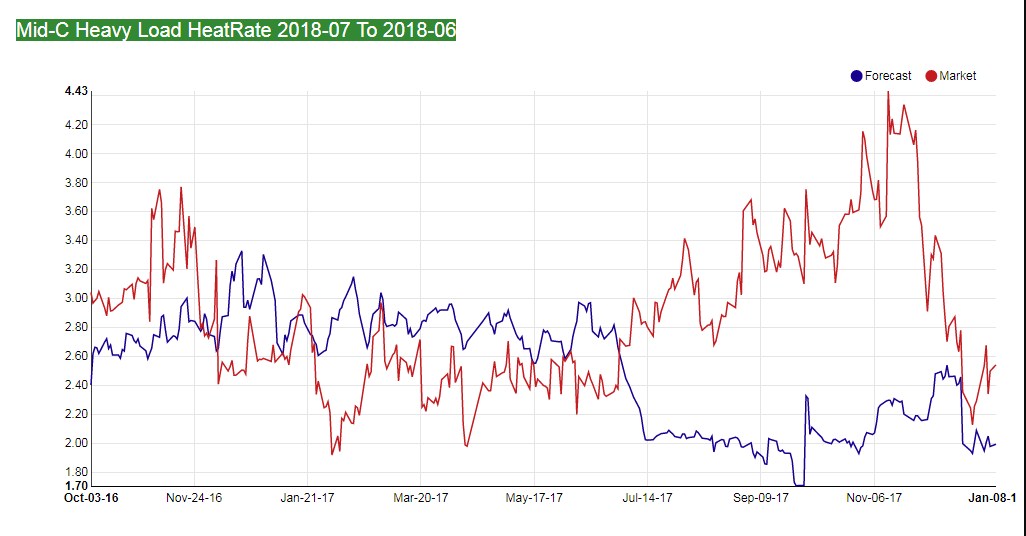 The July to June has collapsed after hitting contract highs. As the water year dried out, the roll should tighten, but now we’d suggest its gone too far. There will be some very bearish days at Mid-C this spring, the closer in bullets will absorb more pain; this is a good hedge against short runoff. 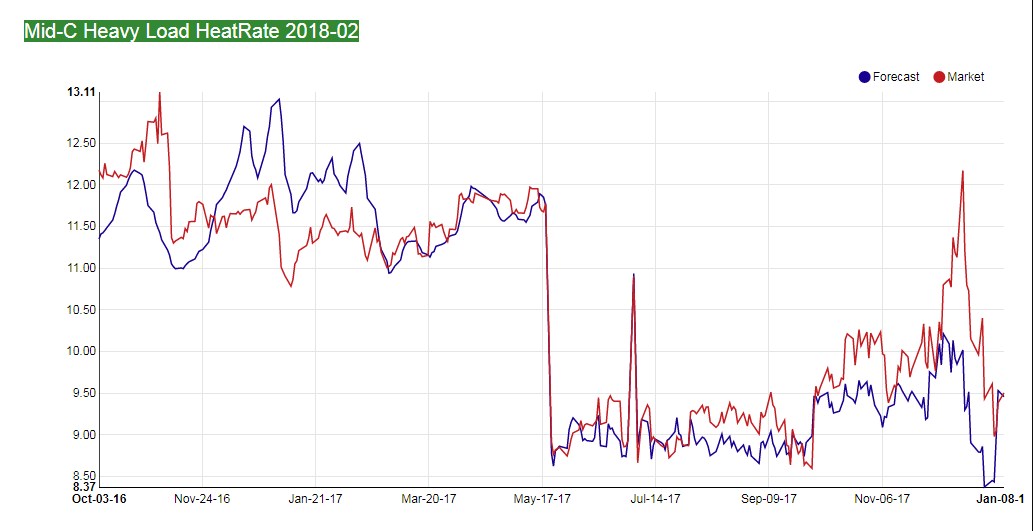 We’d buy this, too; more off of a chance of cold weather than anything else, plus it is cheap.