All gas hubs increased day-over-day, but especially so at SoCal Citygate with its $0.85 jump in price.  Despite the large daily increase, SoCal still falls well short of the $4.97 high from two weeks ago, or the $7.48 mark from Dec-11th.  Mic-C has also seen prices rise heavily over the past week while managing to finish above NP as of yesterday.

There is a cooldown looming on the horizon as daily highs are projected to finally fall below normal, albeit just five degrees with a high of 63 on the 10th.  Until then, watch for a high of 76 on Saturday, eight above normal and six above yesterday’s forecast.

The lack of below-normal lows continues in Salt Lake as the forecast doesn’t expect a return until at least mid-month.  Lows climb from 25 today to 35 by the 9th, pushing 13 degrees above normal in the process.

You’ll also be out of luck if you’re searching for cool temps in Sacramento as today’s low is expected to fall to a balmy 55, 17 degrees above normal.  Lows will fall back to 43 over the weekend, but remain at least five degrees above normal until the 11th.

Mostly the same story in Seattle as today’s low sits eight degrees above normal and stays in that elevated range for the next week.  The 8th through the 12th marks a considerable increase over yesterday’s forecast, especially on the 11th which came in 11 degrees warmer.

In this report, we combine key pipeline interconnects for the Northwest with Ansergy’s Core Demand gas index.  Unsurprisingly, demand remains subdued since the beginning of the new year as temps returned to normal or even above average.  Today’s demand shows up almost entirely below each day in the month of December.

Withdrawals finished at 332,249 MCF yesterday, down from 508,895 MCF on the 2nd, the highest amount since last February.

Southwest core demand rallied to its highest level since Dec 11th, finishing at 1,501 MCF.  This equates to a week-on-week increase of over 100 MCF. 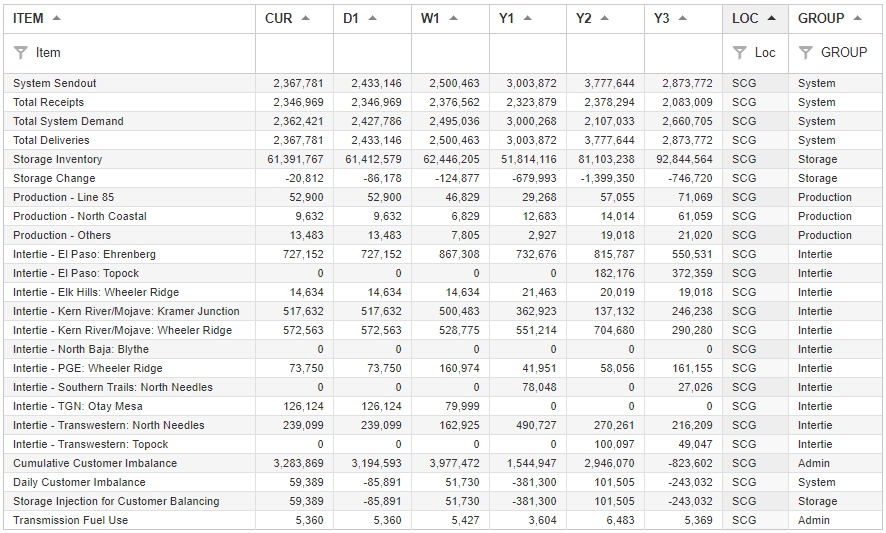 Needles is still working its way back toward full capacity as it’s currently at just 32% the flow from September.

Total system demand fell to its lowest point since December 10th, and roughly 500,000 MCF since the 26th.

There have been consistent draws since the 27th, but those are slowly declining as storage change works its way closer to neutral, falling just 20,000 MCF shy as of yesterday. 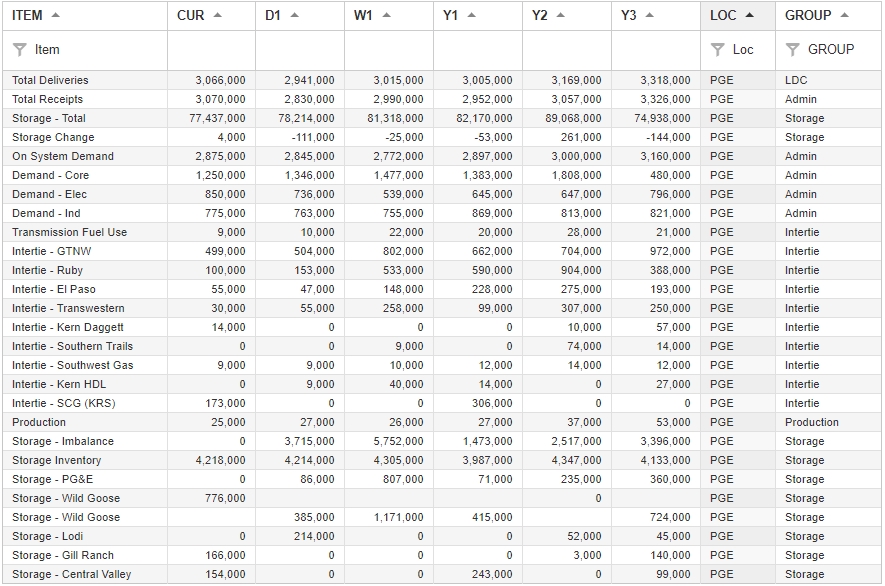 On System demand increased 30,000 MCF day-on-day largely thanks to an increase in Elec Demand (though those gains were mostly negated from a decrease in Core Demand).  Intertie – Ruby decreased 30% day-on-day, and has fallen 81% over the last week.

Core Demand has dropped 663,000 MCF since December 21st, and is at its lowest level since November 30th.

Storage finished just a hair above 0 at 4,000 MCF yesterday.