Burbank is coming in a few degrees cooler over the weekend, but should still reach a high of 75 on Sunday before plateauing for the remainder of the week in the low 70’s.  There is another potential warm up on the following weekend as the 30th projects a high of 76.

It’ll be warmer than normal through the 27th in Salt Lake as daily lows climb as high as 35 by Christmas Eve, 13 degrees above normal.  The rest of the month is expected to hover around normal though the 29th is projected to drop four degrees below average.

Sacramento is lacking extreme anomalies in daily lows, at least until the 31st which is projected to swell to 48, ten degrees above normal.  Today should mark the coldest overnight lows with temps falling to 34, four degrees below normal. 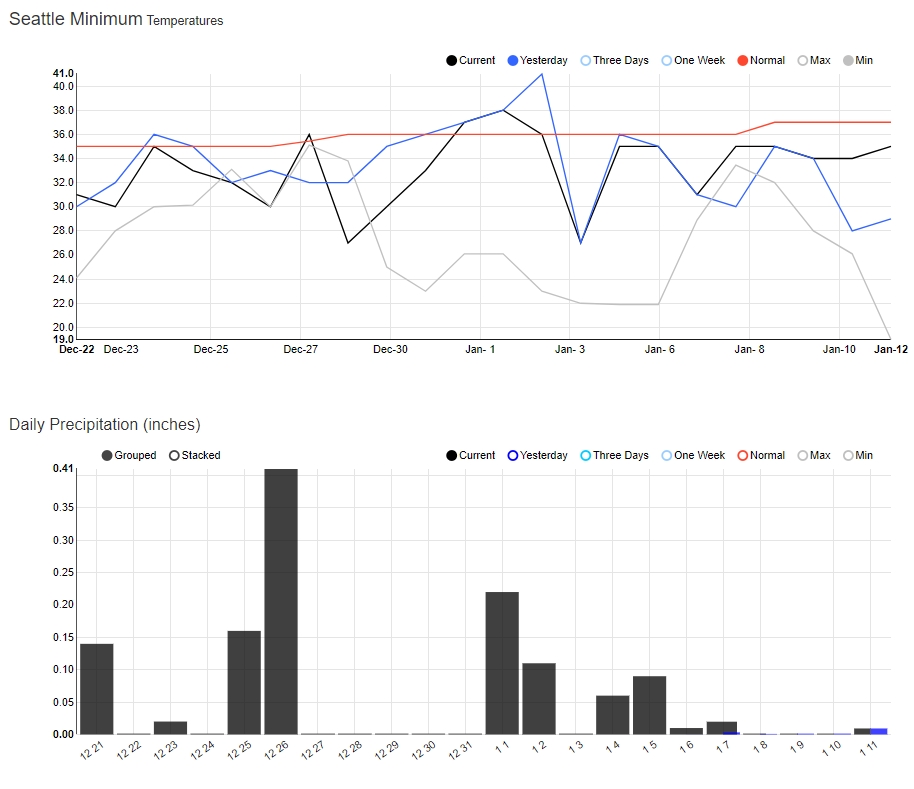 Seattle is a different story as temps are projected below normal for all but one day through the rest of the year.  Today and tomorrow are expected to drop below freezing, and a couple degrees cooler than projected yesterday.  The largest anomaly is expected on the 29th with a low of 27, eight below normal.  Keep an eye on the precip forecast as well, as things look to line up for potential snowfall in the area.

In this report, we combine key pipeline interconnects for the Northwest with Ansergy’s Core Demand gas index. The latter is derived from pipeline data by pulling all the LDCs from northwest pipelines. We believe it acts as an excellent proxy for nat gas demand. 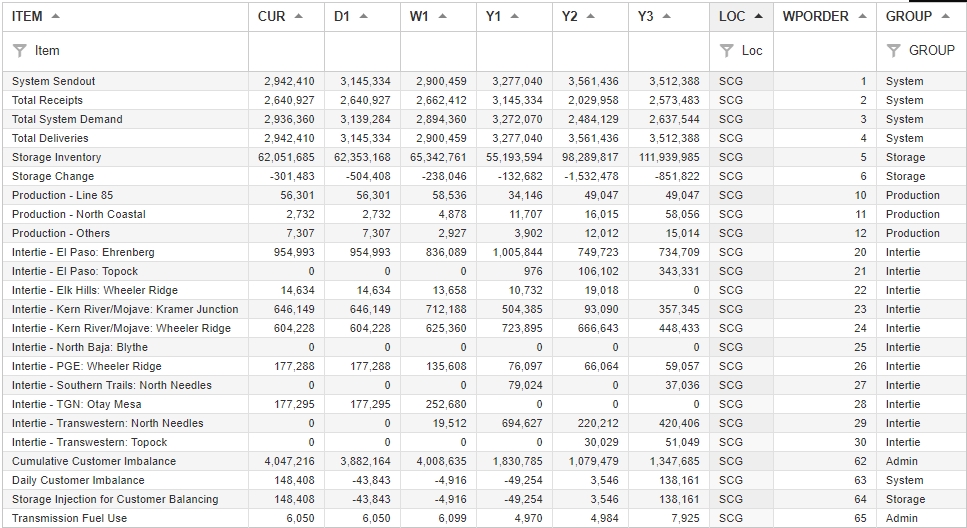 Total system demand fell 202,924 MCF day-on-day, and lagged behind 2016 by over 335,710 MCF, much less of a YoY variance than compared to last week.  Needles remains down, though there looks like there could be an update released on the 26th.

Total system demand has increased every day since the 16th.

Storage has taken a sharp drop daily since the 17th, taking a 910,257 MCF draw yesterday. 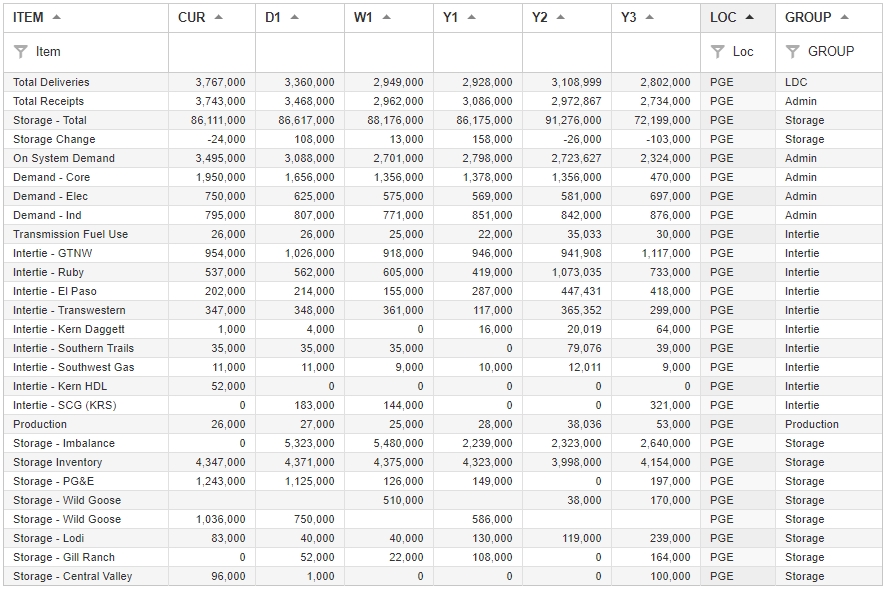 Core Demand has had its sharpest increases over the last couple days, moving from 1.5M MCF on the 19th to 1.95M MCF yesterday.