Our takeaway from the look at fundies was moderating; less bullish than last week but not bearish. Perhaps the most significant impact on term markets will be the return of the TWP line into Socal. SP15 heat rates have been on a wild ride since that pipe blew up on Oct 1; its return should reverse most of those outage-driven moves. And the WECC remains more dry than wet, both CA and the PNW are looking at below average water years. 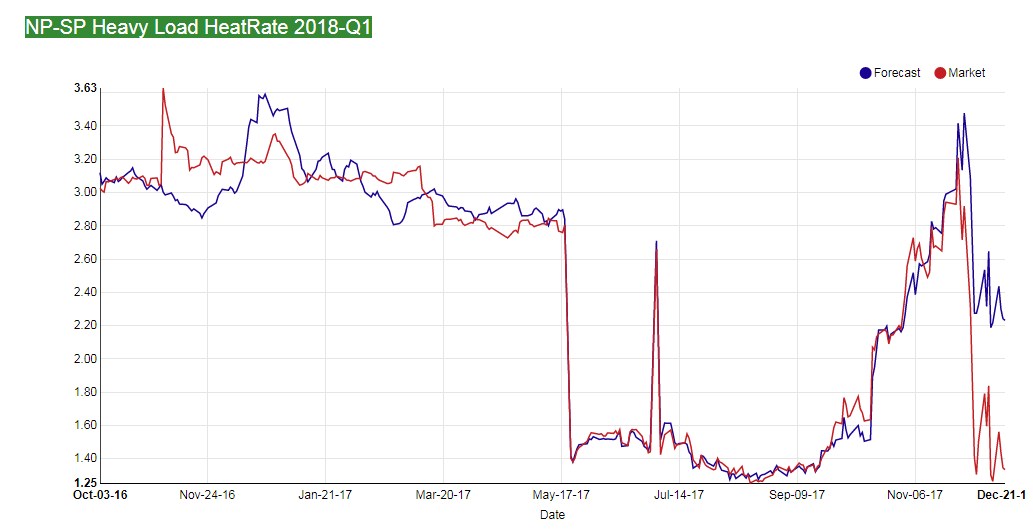 This is one of those examples of what the Needles outage has done to term heat rates; here we are looking at the Q1 2018 NP|SP HL spread. It is now trading at those summer lows, well below the one year average.  The spread is cheap and a good way to own a call option on cold weather. 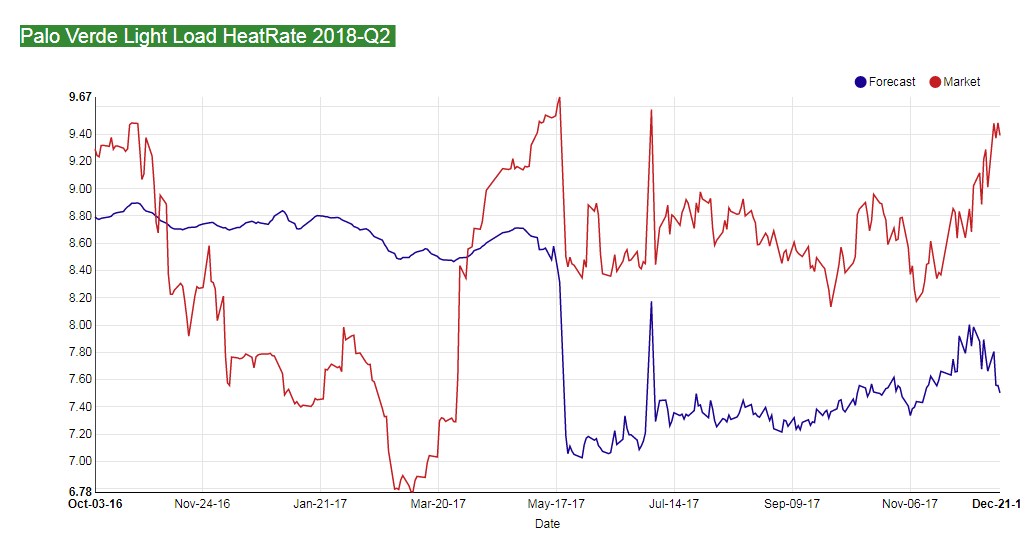 Palo Q2 2018 LL has been rallying hard for the last couple of months, now it is approaching the contract high, but we fail to see what is driving that as we head into the dog days of winter. 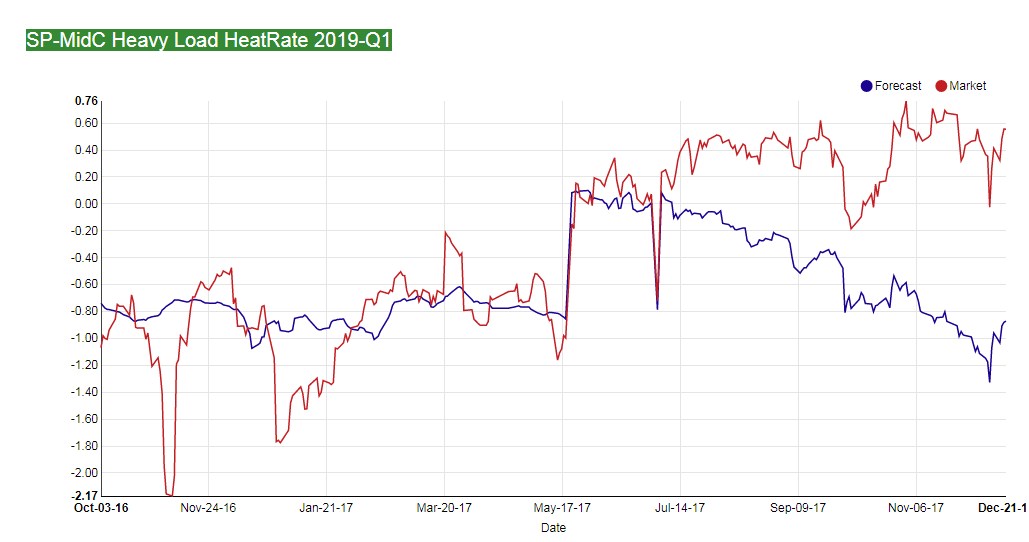 The SP|MidC HL spread for Q1 2019 is also approaching a contract high. How much of that premium is driven by last year’s catastrophic low-level snowmelt in Feb-March at MidC? Though this is a year out, the Q1 2019 will soon be the only Q1 game in town. The spread is rich should the Mid-C realize a typical Q1 (a few cold blasts and a lingering winter). Toss in a return of TWP and the subsequent collapse in Citygate gas and this heat rate starts looking rich. 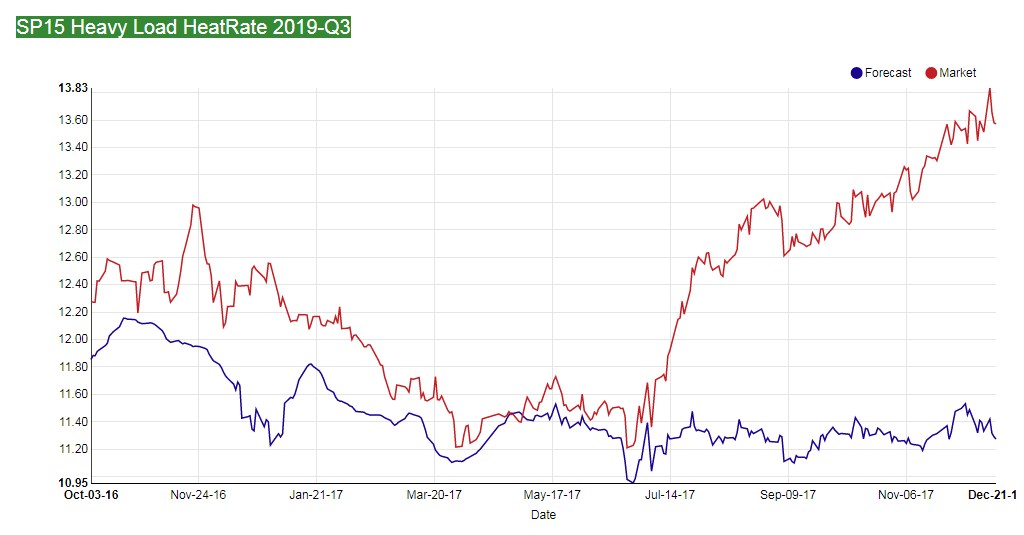 Same story with the SP15 Q3 2019; this Q has been on a torrid roll since the start of summer; at some point, gravity will take hold, and we’ll see a 1000 btu correction. Maybe Needles will be the driver? 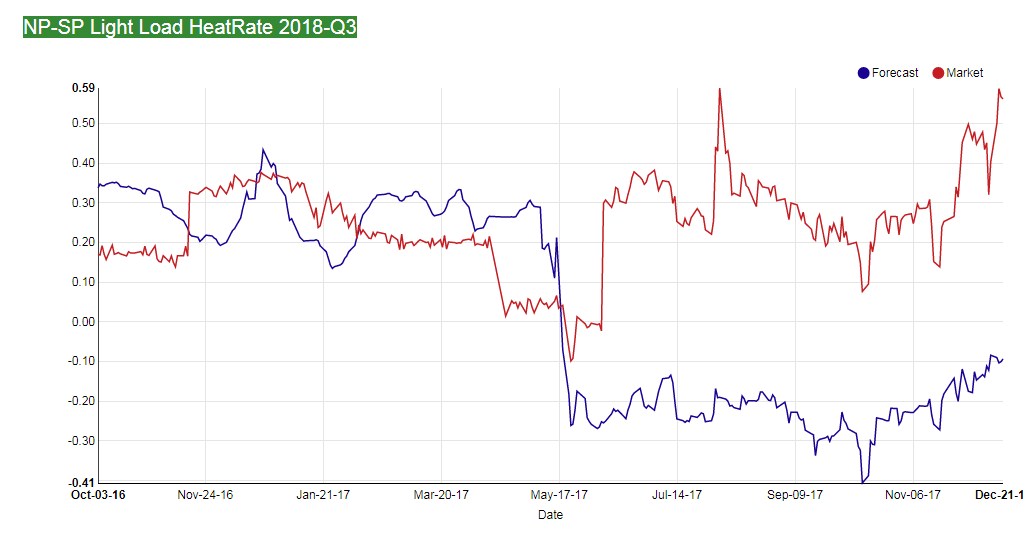 Another NP|SP spread, this one is the Q3 LL, and it is trading at a contract high. 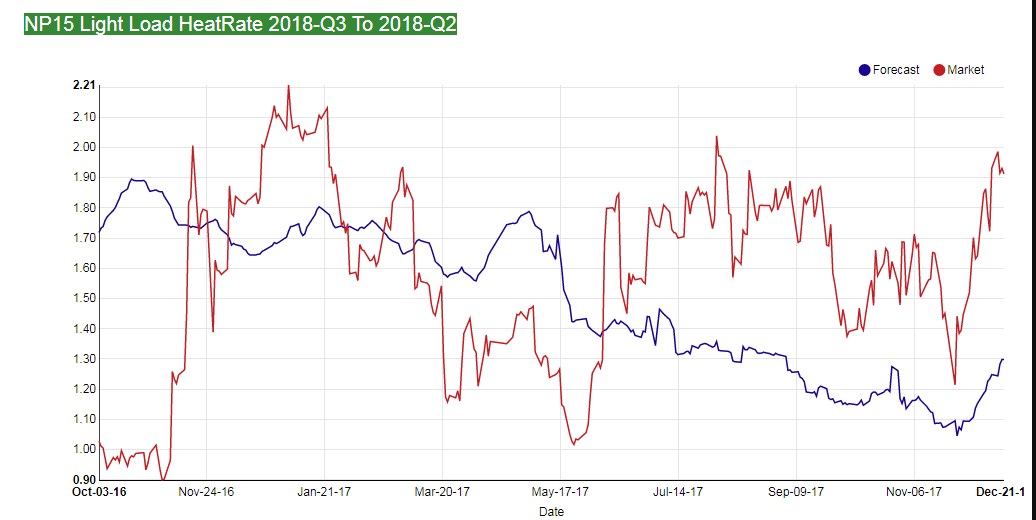 Similar trade, this one rolls the three against the two, and it too is near a contract high. Given a dry outlook for California (and that may change with the storm on the horizon) we’d be inclined to own the two. 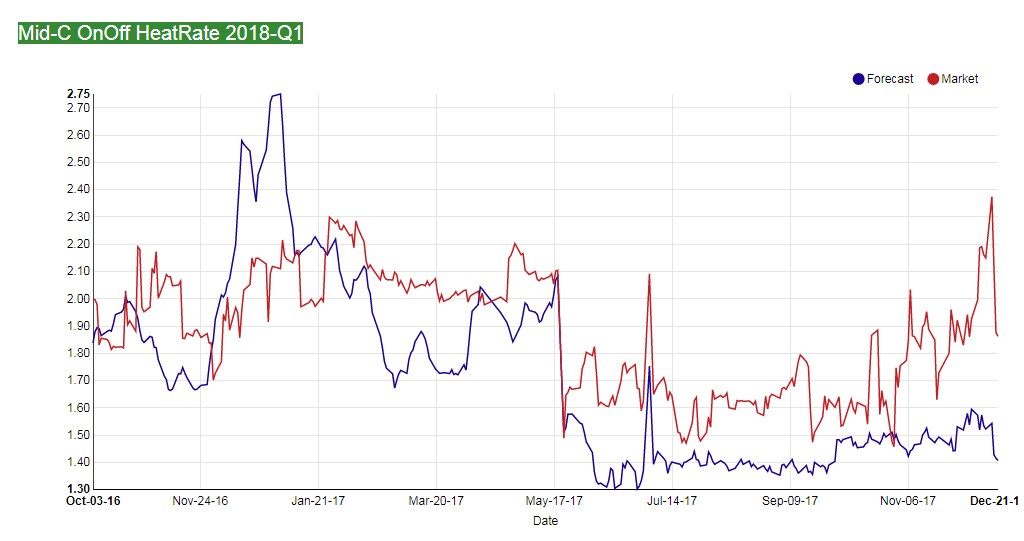 We wrote about this last week, from the short side. The market got silly high now it is back to value, maybe even cheap if the MidC can find a way to get wet. 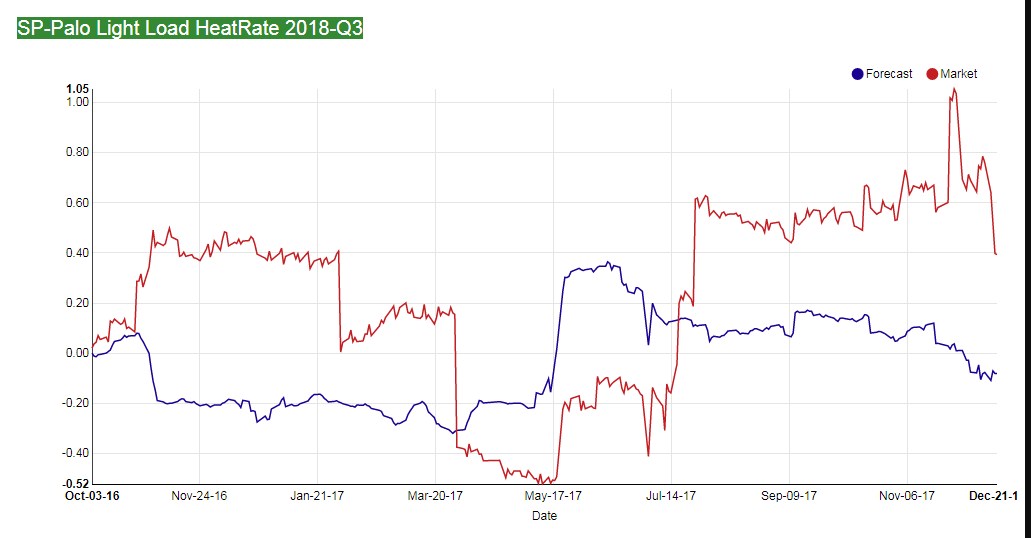 Another correction, this time for the SP|PV Q3 LL; the anomalous high has reversed, and now it is either reasonably priced or cheap. 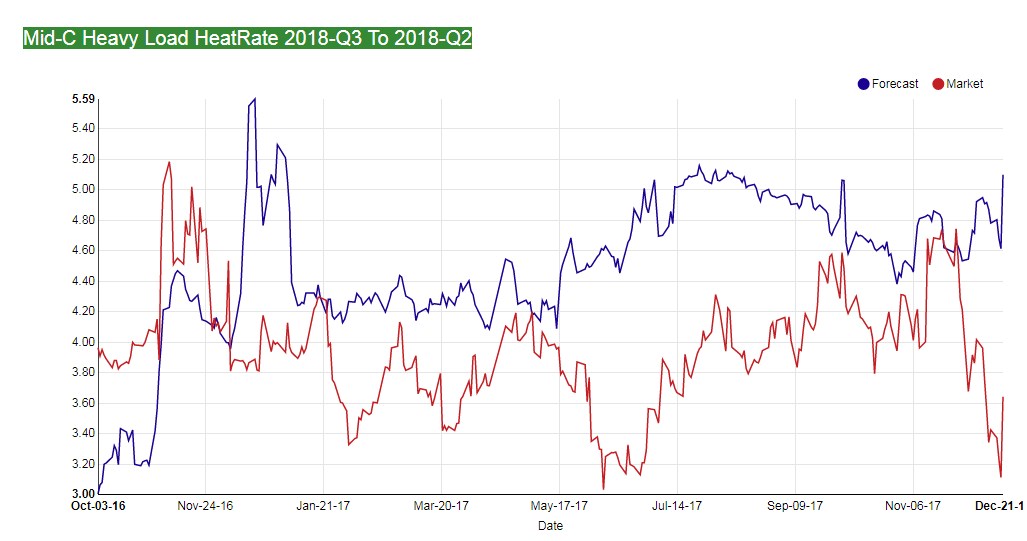 Another flagged trade that reversed, yet the MidC Q3|Q2 HL roll remains cheap in a dry year.

Nothing is overly compelling, the big money this year, as in every year, is calling the water year. We are still biased dry, but one or two big storms will change that. For now, we don’t see the big storms and would remain long the Mid-C, probably short the SP, but cautiously.