Moving forward we will be using Fridays to note changes in gas fundamentals.  Ansergy’s gas reports are sometimes overlooked, we hope these highlights show a bit more of what we have to offer.

Socal has been on a wild ride; now the roller coaster is coasting down, back to reality. All this volatility has been driven by the loss of the Transwestern Pipeline imports following an explosion near Needles, CA. Return that 800 MMCF capacity and Socal Citygate will fall beneath PG&E Citygate. There are hints of that return both on Socal Gas’s website and in the forward curves: 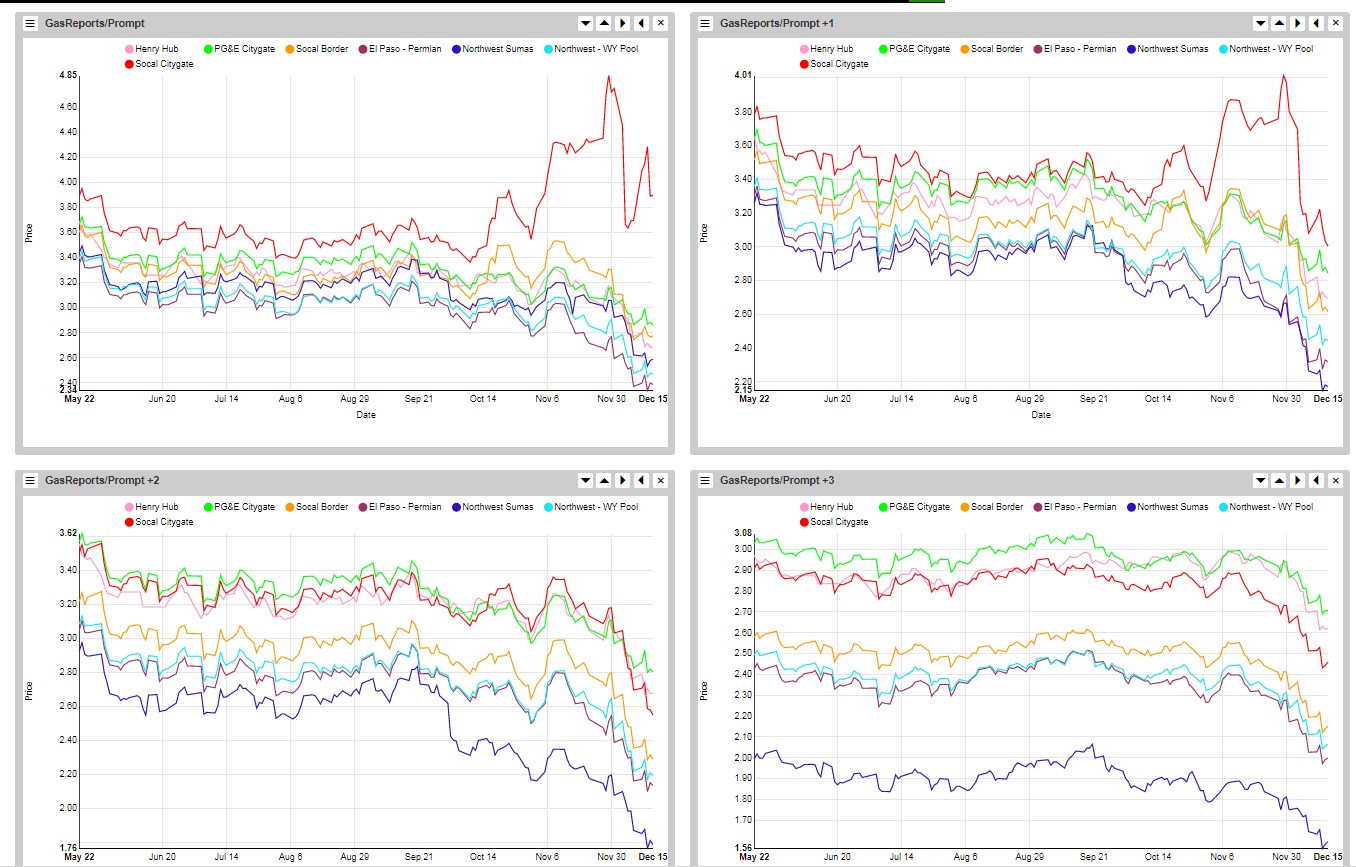 January is bitcoin-esque, but look at the April curve (prompt + 3); the market expectation is for TWP to back in service, we think that comes sooner, but the market doesn’t.

A high of 81 today for Burbank, 15 degrees above normal, and just touching a new 10-year record.  Temps will fall quickly back to the mean beginning tomorrow however, but should stay a few degrees above average through the remainder of the month.

It’ll be warmer than normal through the 20th in Salt Lake, but that still equates to lows in the 20s.  A cold snap will follow closely behind however, and lows will drop as far as 13 by the 23rd, potentially setting a new 10-year low in the process.

Sacramento will drop into the 30’s over the weekend and eventually fall as far as 35 by the 18th.  A second cold snap looms on the horizon late next week with lows plummeting to 33 for consecutive days on the 22nd and 23rd.

In this report, we combine key pipeline interconnects for the Northwest with Ansergy’s Core Demand gas index. The latter is derived from pipeline data by pulling all the LDCs from northwest pipelines. We believe it acts as an excellent proxy for nat gas demand.

Storage ran negative again yesterday, though not as deep as it had earlier in the week.  Yesterday marks the 11th consecutive day of draws at Jackson Prairie.

Core demand has not rallied nearly as much in the Interior as compared to the Northwest. 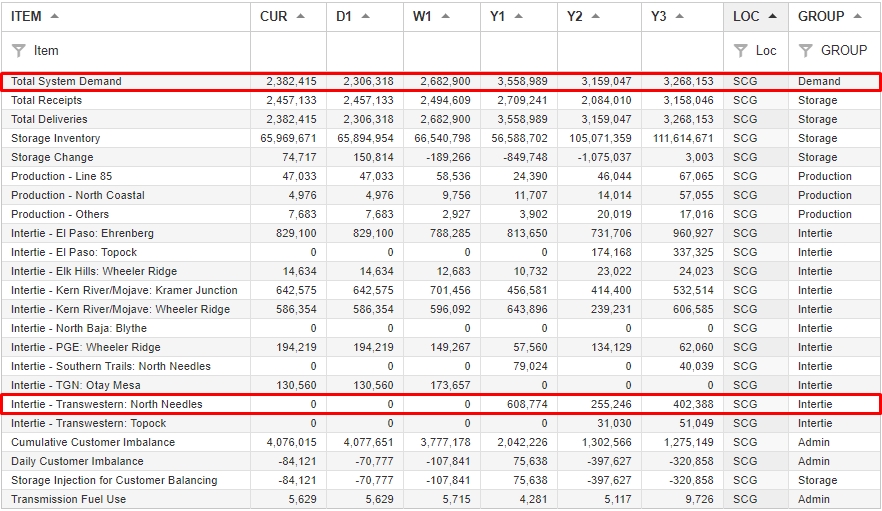 Total system demand fell 76,097 MCF day-on-day, and lagged behind 2016 by over 1.17M MCF.  Needles intertie remains down, and SCG hasn’t given an update this week regarding its return.

Yesterday’s drop in total system demand marked the second-consecutive day of decreases, but remains elevated above much of December.

Storage increased in response to the drop in demand, adding over 74,717 MCF day-on-day.  This was the second addition to storage since the 10th. 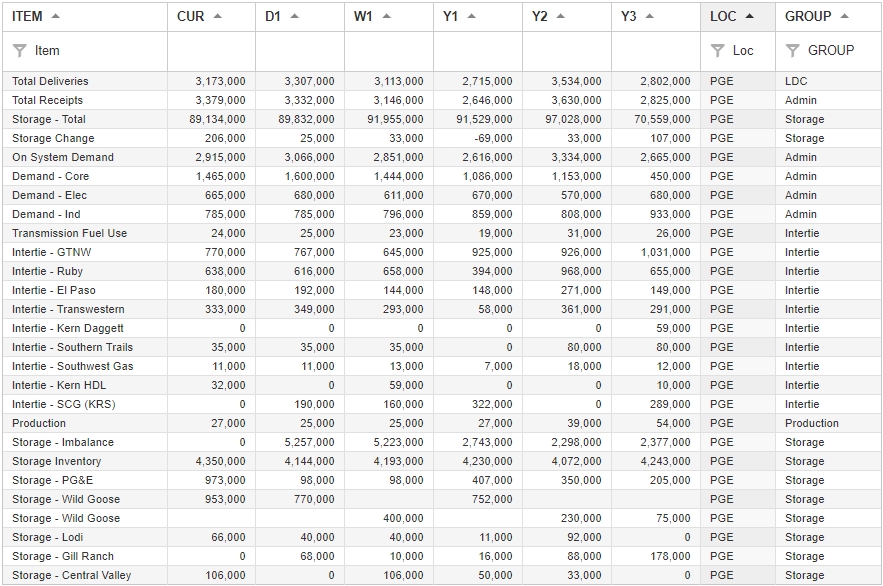 Storage increased 206,000 MCF day-on-day, the largest day-on-day increase since December 2nd, and the second highest since the middle of November.