Our takeaway from the fundamental review was bullish on the MidC and neutral everywhere else. Let’s look at term markets and see if there are any “nuggets” out there.

For screening, we use the APT report, sorted by rank ascending. The highlighted products are discussed below. 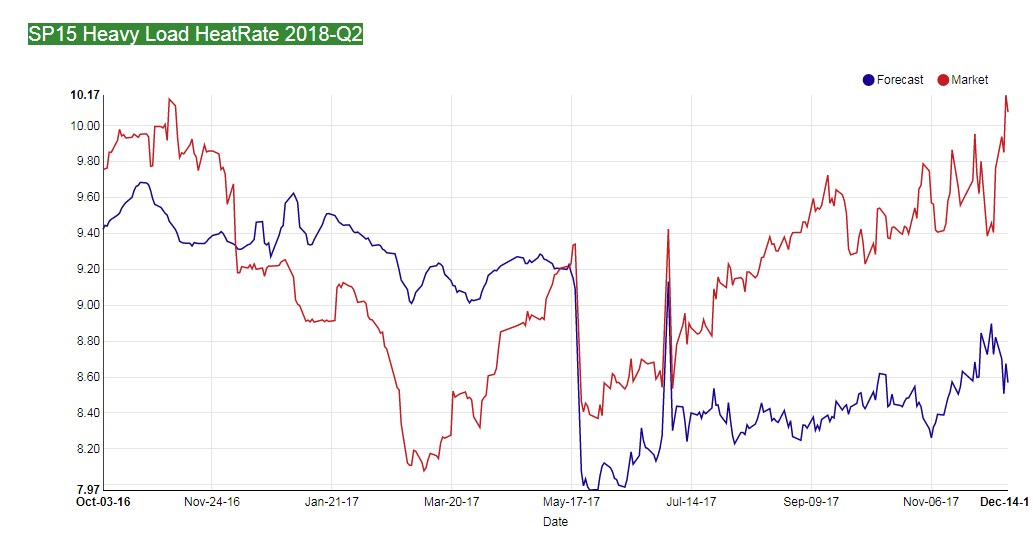 All things SP have been gold of late, but bring the TWP Needles intertie back and maybe that trend won’t be so friendly.  For now, the market has loved the Q2 SP HL; now it is setting contract highs. We suspect that this is driven by a rallying power price which is moving faster than the gas price, but it could also be lifted off of an ever-dryer California and its increasingly bullish hydro outlook. Is it worth the price? Probably not, but any shorts at SP have not done well, which may be precisely why putting some on makes sense. 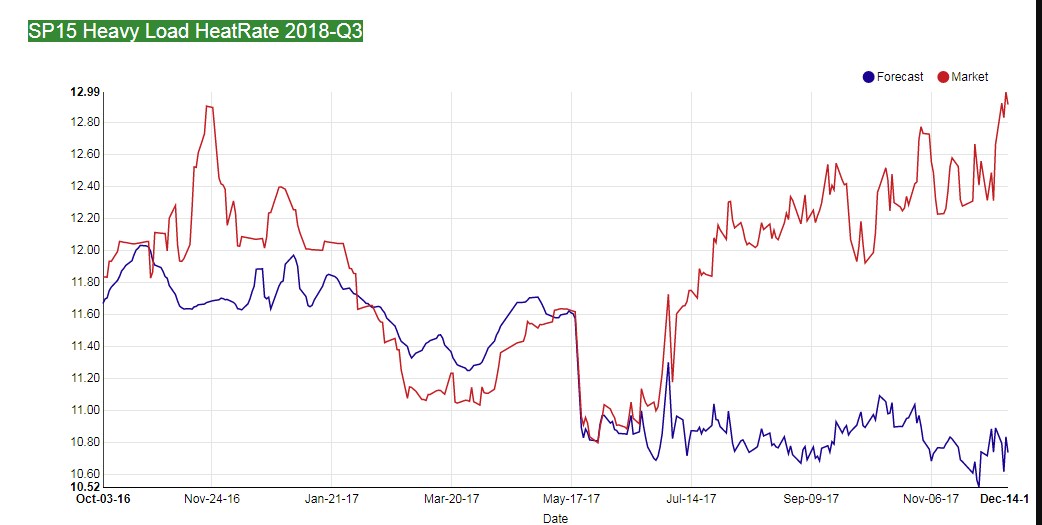 Same trade as the Q2, and same commentary. We’d only short one and would probably pick the two over the three because it is closer in and when cash implodes, which it will, the more proximate Q will fall harder. 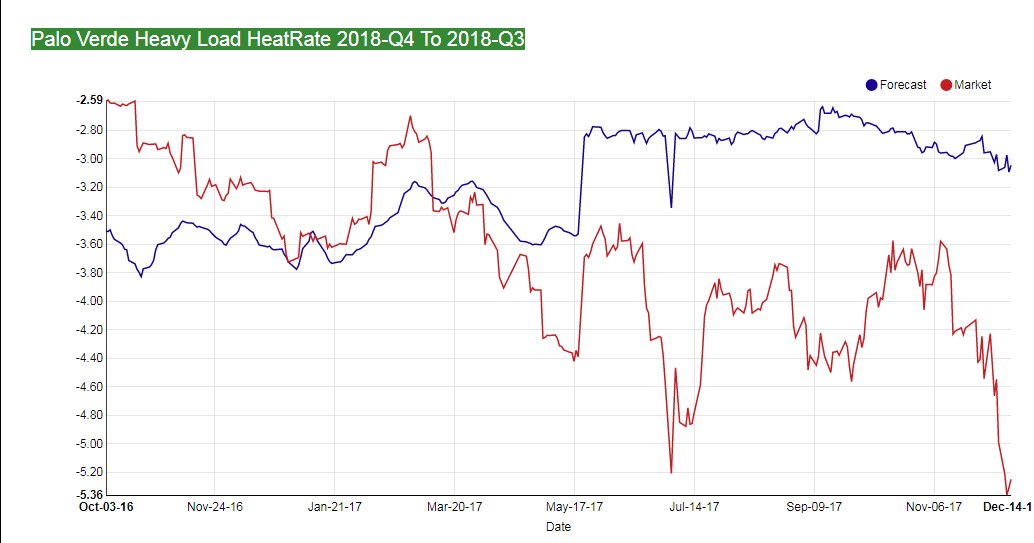 Want to buy something cheap, look no further. The Q4|3 roll at Palo is now a contract low; its implosion is impressive, and we’d have no choice but to own it. 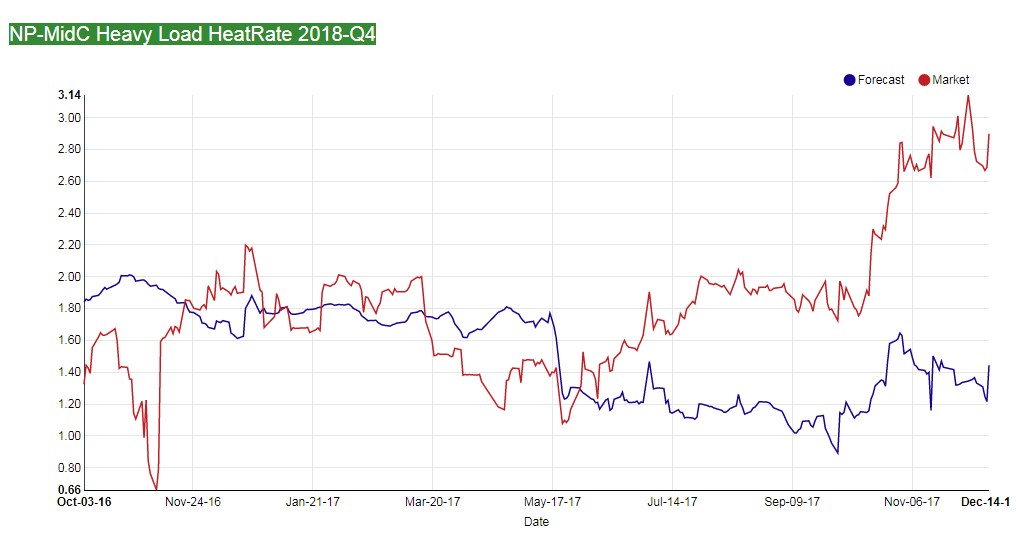 The spread has come off over the last week, but we like it from the short side even more…. because of the chance of extreme cold in the Northwest and the very dry outlook. Our book needs to be biased long MidC given the state of the state. 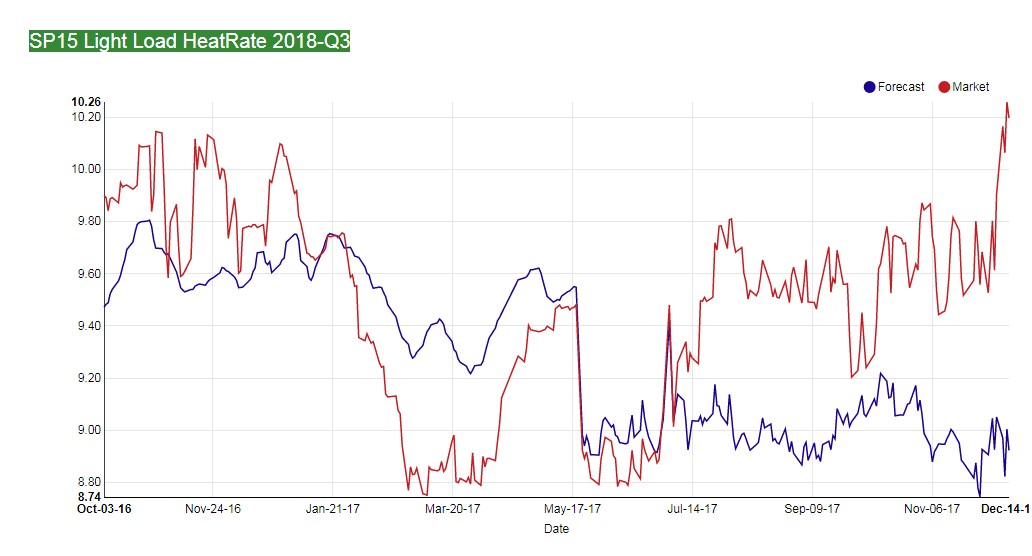 Even the Light Load at SP15 is on a roll, too much so, in our humble opinion. Not sure how many SP shorts we’d put on, but this one seems safe given its lofty levels. 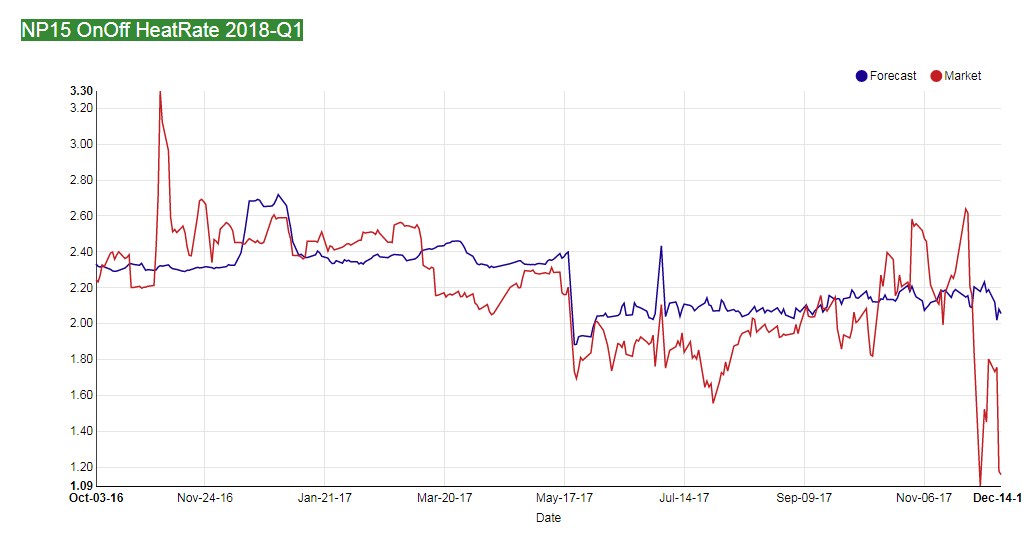 Looking for something to buy? The NP Q1 On|Off is dirt cheap and with dry weather forecasted from now til eternity, this seems too cheap. We like owning this since the on|offs act like a free call option on the onpeak. 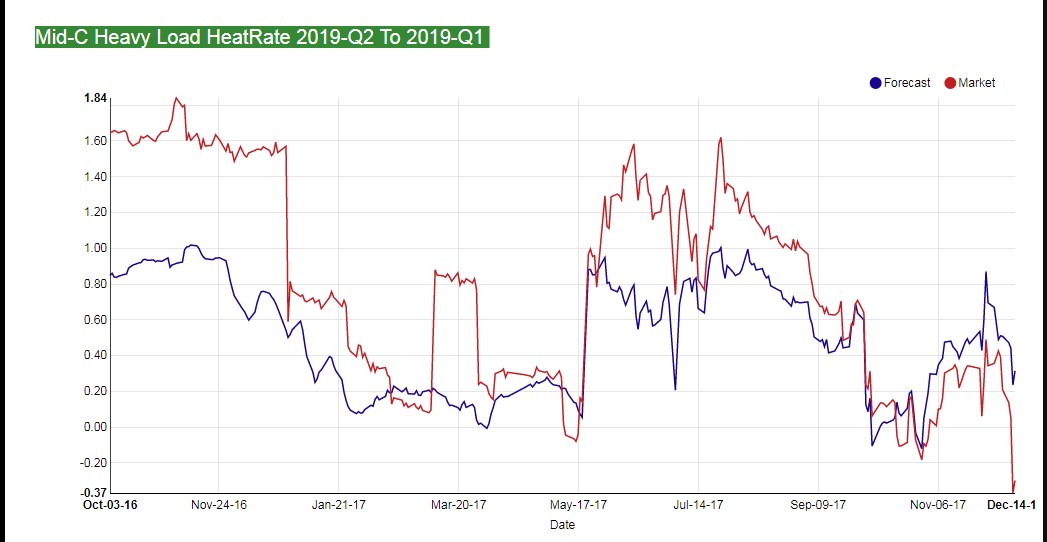 A bit far out in the curve, might be hard to execute, but contract lows always grab our attention. What’s changed in 2019? Nothing, except the market price. 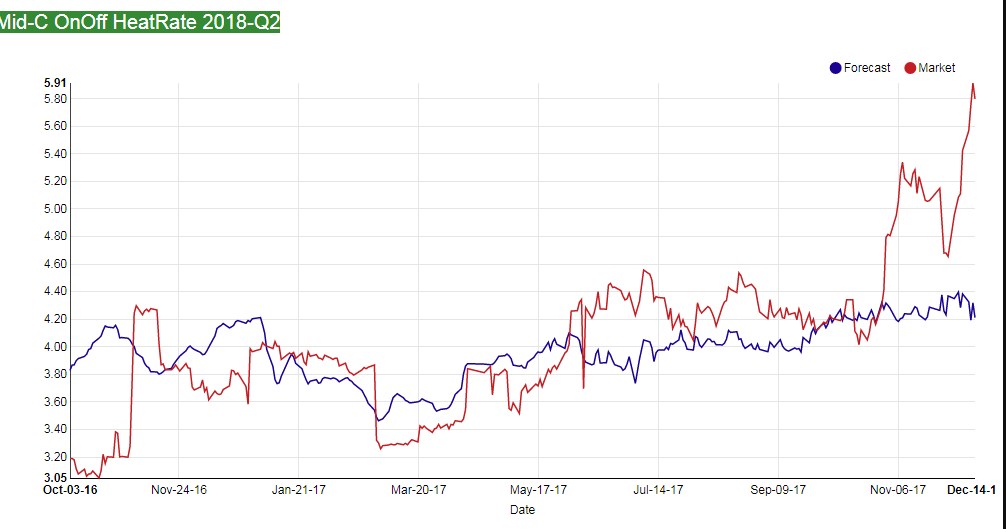 This on|off is nuts, having soared of late; probably off of a drying streak in the Northwest. We agree, buy MidC, but seems the market is only buying the onpeak rendering the on|off too rich. Short this.