It’s warmer than normal everywhere except Albuquerque and Boise, but especially so in SP-15 as Burbank and Palm Springs sit close to 8 degrees above normal. 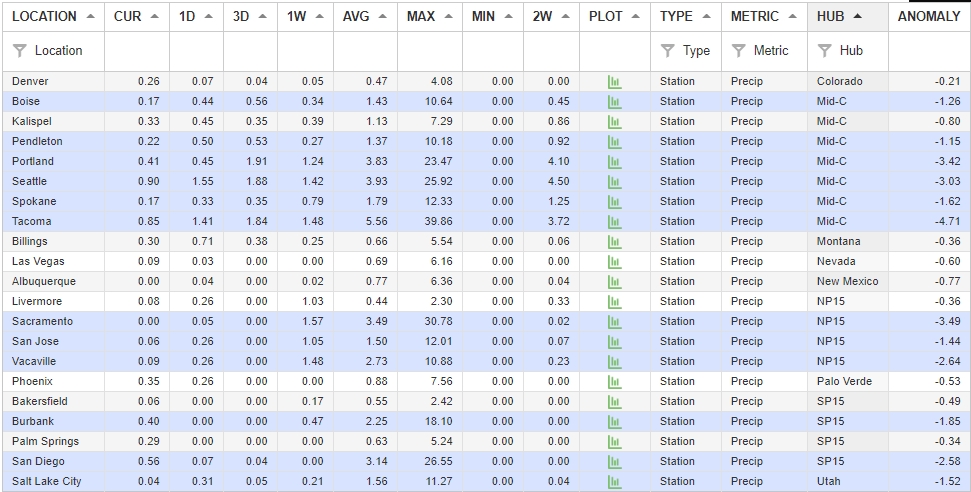 Precipitation summary shows bone-dry forecasts for everyone, especially in Mid-C.  Seattle looks to come up nearly 3″ short of average, Tacoma will fall 4.7″ short, while NP-15 should get just a trace amount and lag average by more than an inch.

Burbank is expected to top out at 83 today, 16 degrees above normal, before making a slow decline back toward the mean by Christmas.  Yesterday called for a second warm-up over the weekend, but that was removed from today’s forecast as the 19th now comes in 16 degrees cooler.

Denver’s forecast looks as erratic as always, but it’s mostly erratically warm as daily lows will climb as high as 36 by the 15th, checking in at 18 degrees above normal.  Today’s update falls behind yesterday’s for most of the next two weeks, especially as we move into the weekend.

San Jose should reach 68 today, 10 degrees above normal, before briefly touching 70 degrees on Saturday.  Highs could stay in the 60’s through the 20th before taking a sharp drop toward normal by Christmas.  The 20th and 21st both show large increases over yesterday’s forecast.

Sacramento will stay a few degrees cooler than San Jose each day of the forecast, but it too will reach a peak on the 16th, this time at 67 degrees, 14 above normal.  Daily highs are forecasting above normal through the end of the month.

Phoenix’s daily highs look like a roller-coaster as temps will swing from 75 today to 65 over the weekend, before again climbing into the upper 70’s by the beginning of next week.  Worth noting the 14th-19th represent a large drop in temps compared to yesterday’s forecast.  The 21st’s high of 78 would equal 13 degrees above normal.

Salt Lake took a turn colder beginning on Saturday, even dropping below normal, as daily lows are forecasted four degrees cooler than they were yesterday.  That difference in forecasts looks to be sustained through the 20th before aligning again for most of the remainder of the month. 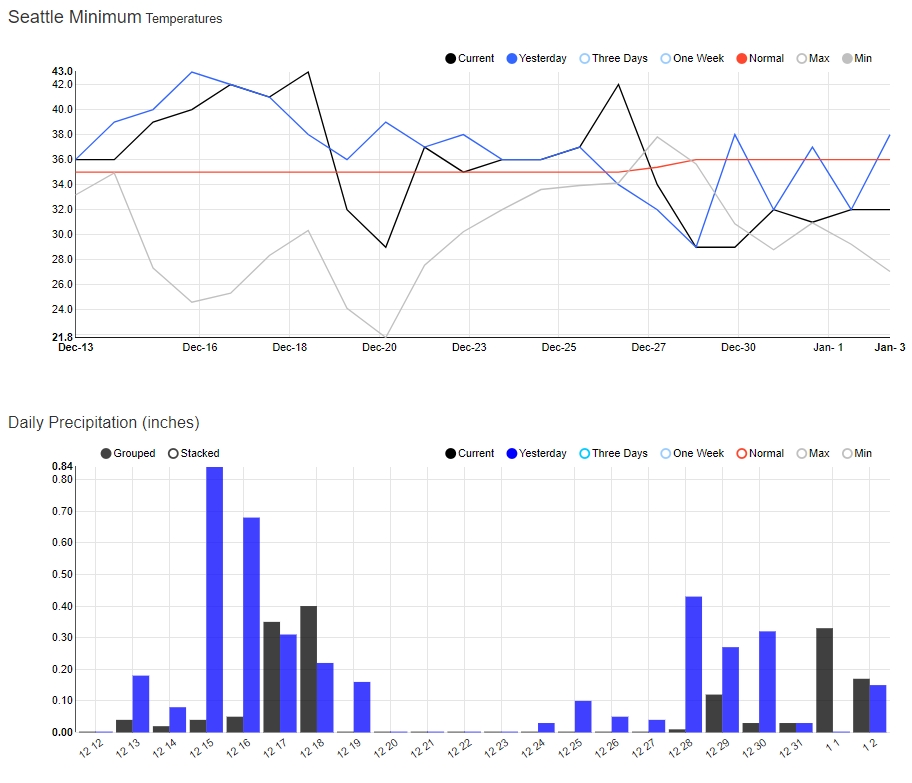 Seattle’s minimum temp forecast fell a couple degrees day-on-day, but will remain above normal through the 19th before dropping to a potential low of 29 by the 21st, six degrees below normal.  With the 19th showing up with a low of 43, eight above normal, there could be some sharp swings in daily lows.

Also worth noting the massive cut in the precip forecast.  Yesterday called for two consecutive days of 0.7″ precip days over the weekend, but that was cut to trace amounts overnight. 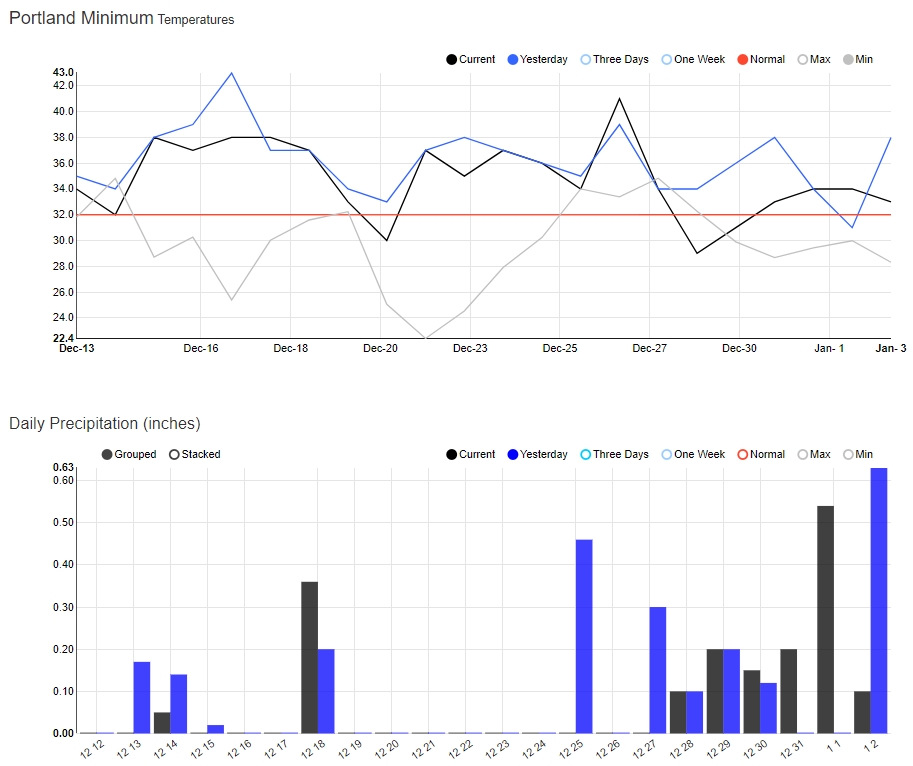 The 17th was projected to bottom out at 43 as of yesterday, but today’s forecast swung temps cooler with a new projection of just 38, though still comfortably above normal.  We should see a return to below-freezing lows by the 21st, however.

Precipitation could make a return early next week with a projected 0.37″ on the 18th, nearly double what was forecasted yesterday. 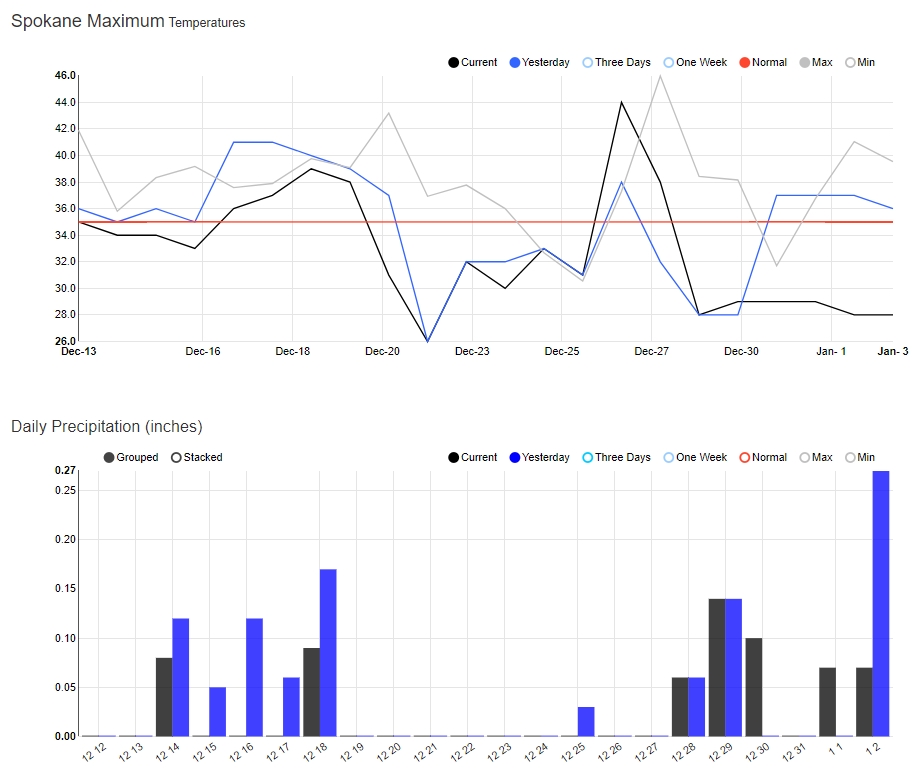 If you’re looking for signs of snow pack build in Eastern Washington, Spokane’s forecast won’t be promising.  Precipitation totals were more than halved over the next week, leaving just a couple days totaling less than a tenth of an inch.  While precipitation isn’t there, temps are at least doing their part.  Lows are projected several degrees cooler than they were yesterday, and next week’s cool down is holding position at 15 degrees, eight below normal. 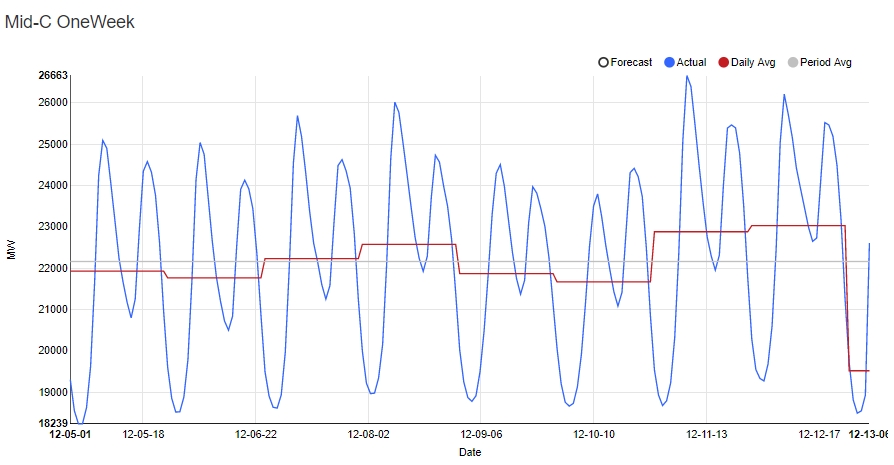 Demand peaked at 26,212 MW yesterday, down from Monday’s high of 26,663 MW, though the average daily demand finished up 145 MW largely thanks to a higher off-peak demand.  Average daily loads have increased roughly 1,100 MW week-on-week. 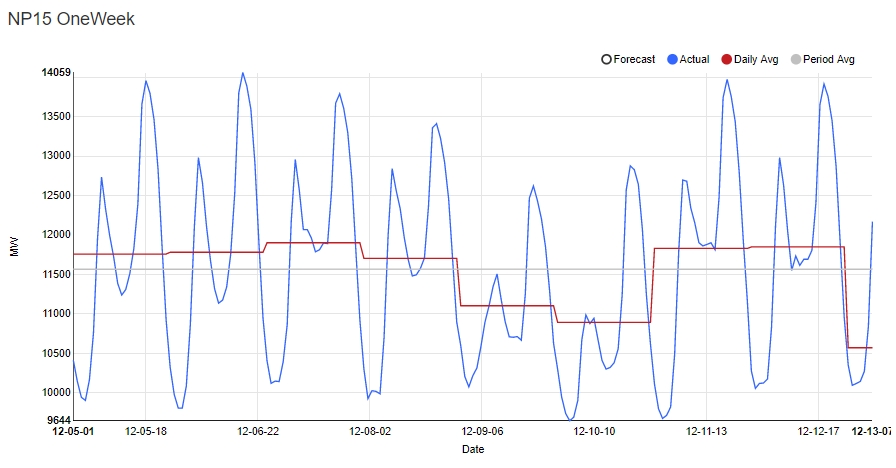 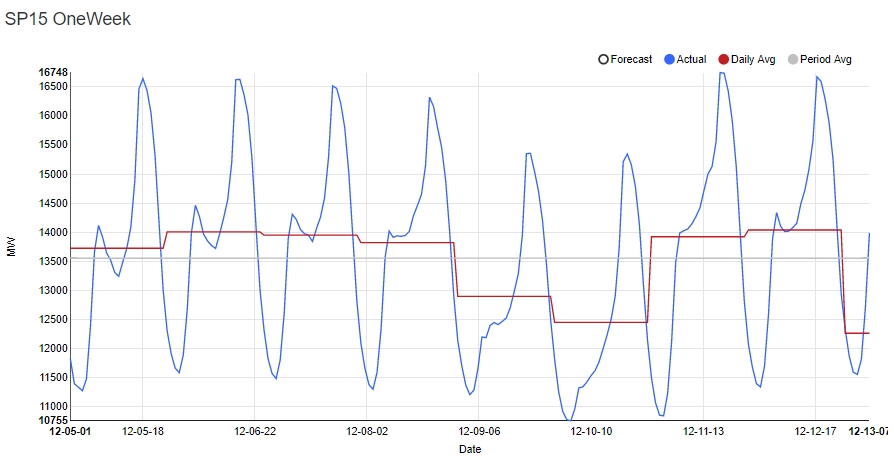 Not much action in SP-15 either as peak loads dropped 75 MW day-on-day, while average daily demand increased 110 MW thanks to higher overnight loads.  Week-on-week demand had a little more excitement with an increase of just over 300 MW. 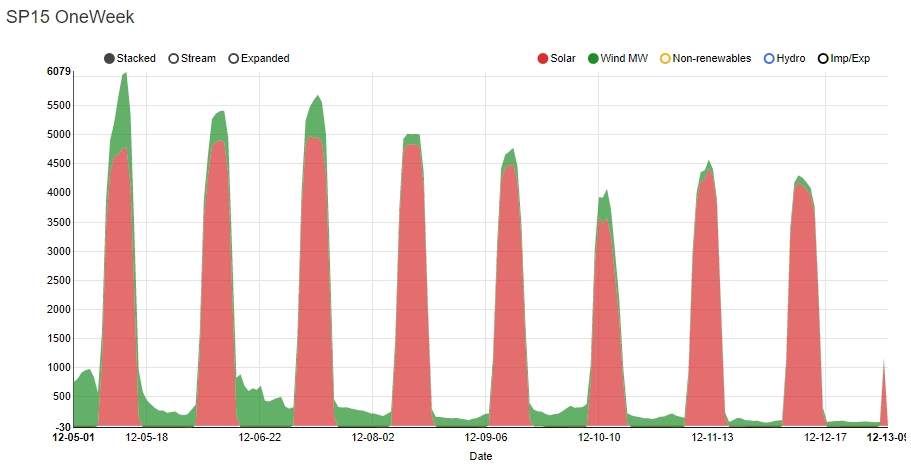 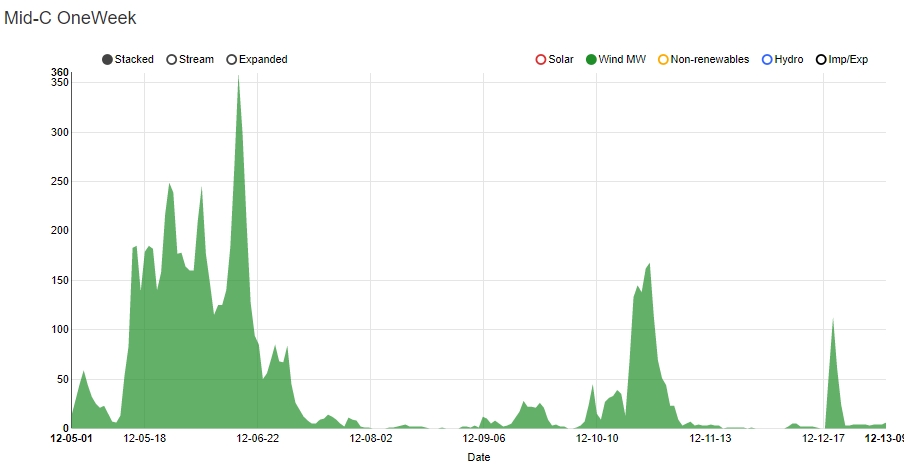 Mid-C wind has fallen off for the most part as well with a peak of just 113 MW yesterday, down from 360 MW one week earlier.  Most hours hovered below 10 MW.

Today’s 10-Day forecast projects above yesterday’s for most of the 10-day forecast, especially on the 16th with an additional 300 aMW.  STP lags behind the 10-Day forecast on the front end, falling 400 aMW short for today.

The Snow-Depth table is a useful tool to measure the current year’s snowpack (in snow-water equivalent) against previous years and the 10-year average — all of which is normalized using the equivalent week for each respective year.

Bonneville shows a 2.5″ SWE anomaly measured against the average, the largest in raw SWE, while Chief Joseph shows one of the largest anomalies in terms of percentage (28%).