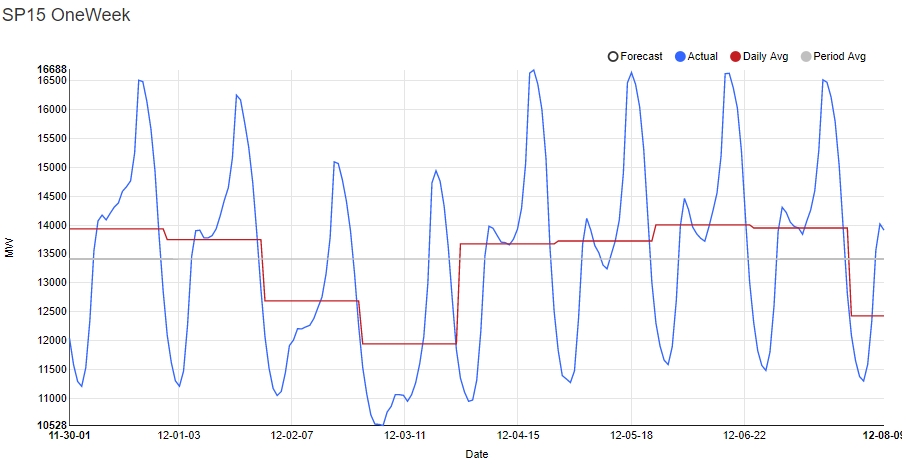 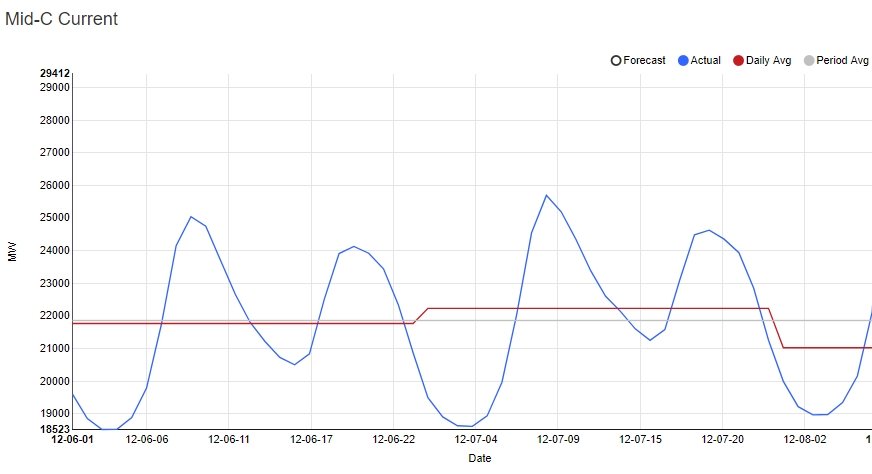 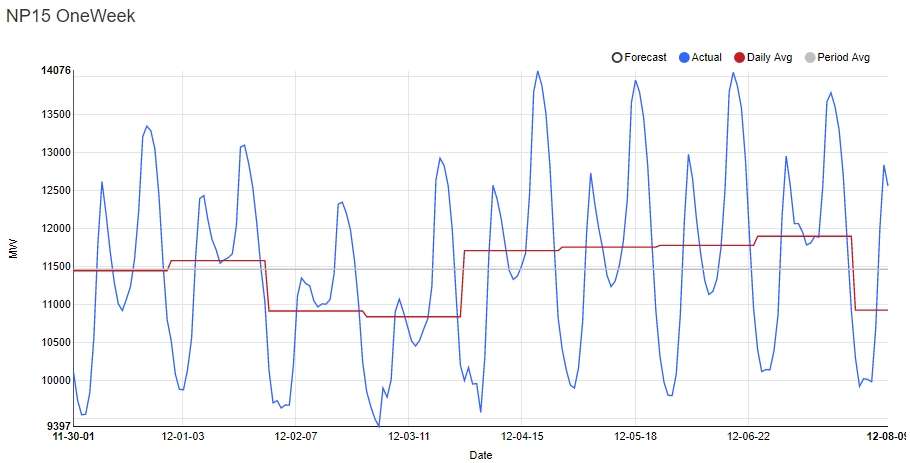 Denver, Billings, and Burbank all report 10+ degree anomalies, but the entire West is beginning to warm up above normal, though Mid-C lags slightly behind.

Denver’s temperature anomaly will grow to 18 degrees by the 12th as daily highs push into the mid-60s.  In a change from yesterday, the 15th was increased 10 degrees to a high of 60.  Look for highs to continue to stay above normal through the 20th.

Salt Lake could warm up back into the 40’s next week as the 16th calls for a high of 46, nine degrees above normal.  Today’s marks the beginning of a steady increase in daily highs leading up to 47 by the 18th.

Phoenix will jump eight degrees tomorrow before climbing another three on Sunday to reach a high of 78, 12 degrees above normal.  The beginning of next week took a slight turn cooler however, as the 13th lost five degrees and now projects a high of 73.  No days are forecasted below normal through the next three weeks.

San Jose will set several consecutive days’ worth of new 10-year highs beginning Sunday as temps reach 71 degrees and stay elevated through a high of 72 on the 15th.  The temp anomaly will grow as high as 14 by the 15th.

Highs will be more subdued in Sacramento but remain well above normal for the next week and a half as temps climb 10-degrees above average to 64 on the 14th and 15th.

Highs for late next week were increased as much as nine degrees, enough to stay in the 80’s through the 15th as anomalies grow to 14+ degrees.  Temps will eventually drop back below normal by the 19th. 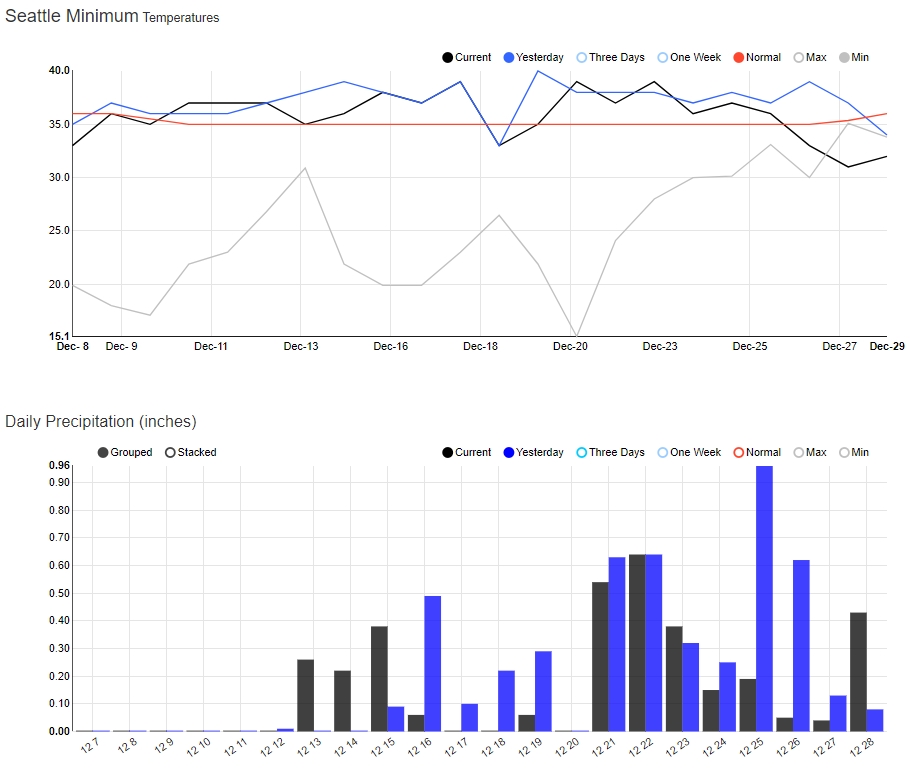 Seattle’s forecast continues to straddle the normal temperature line in terms of daily minimums, while the precipitation forecast looks bone-dry for another week.  No freezing temps on the horizon until the end of the month. 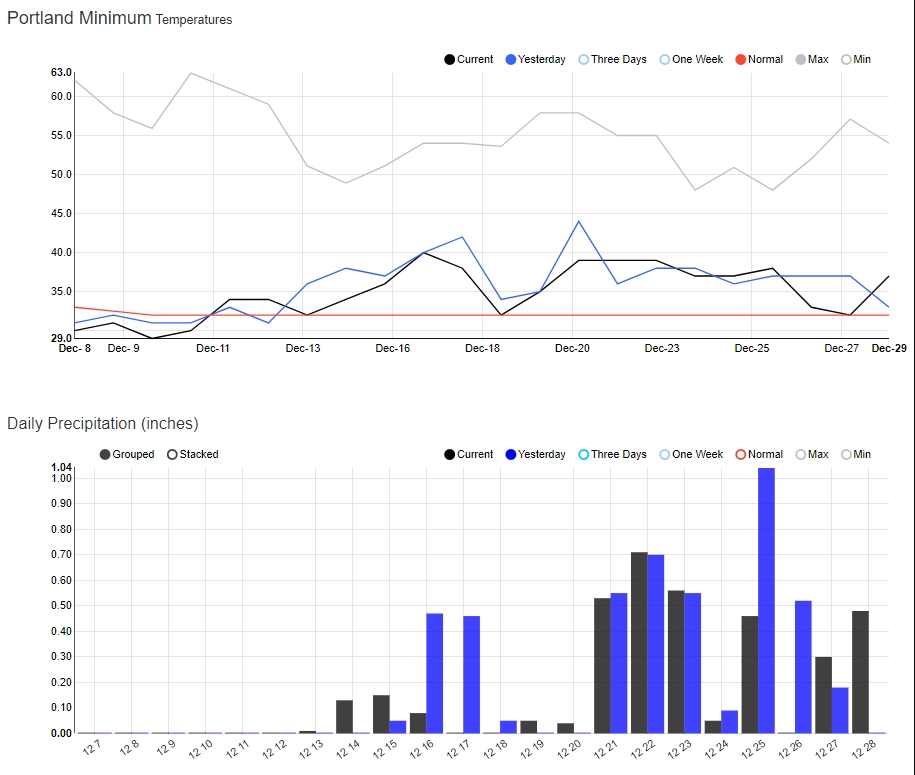 Portland will drop below freezing (and normal) every day through the 11th, though nothing more than three degrees from average.  No precipitation until at least the 14th, and even that is projected at just a tenth of an inch.

Spokane will sustain daily lows in the 20’s for another week, but as the 10-year minimum records show, there aren’t any significant daily-low anomalies to be had, especially as next week shows signs of another warm-up with lows increasing to 33 (10 degrees above normal). 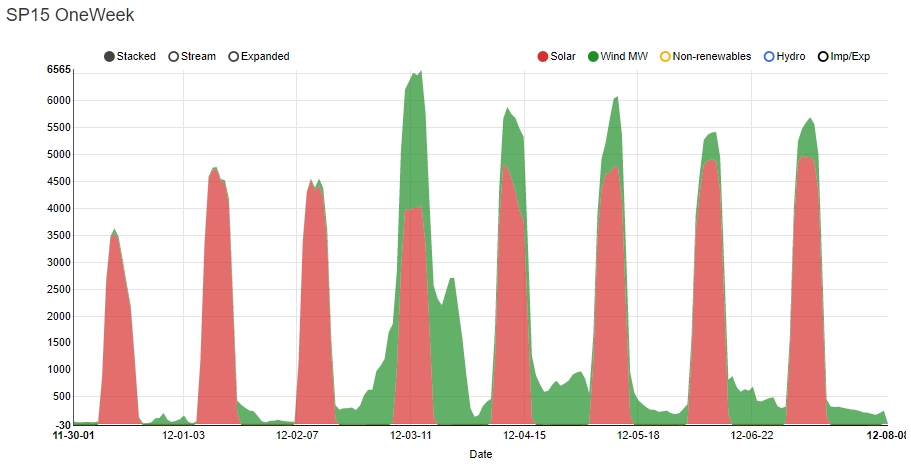 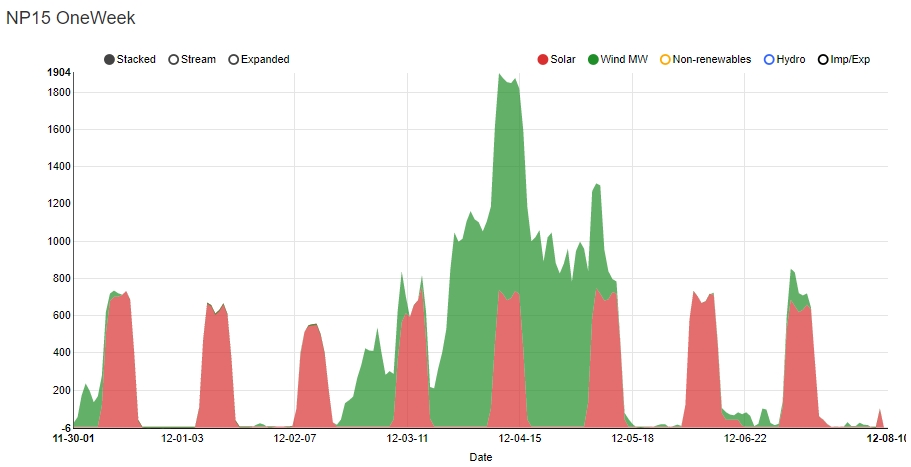 Wind peaked at 1,166 MW on the 4th and sustained generation through the morning of the 5th, but has all but fallen off since then.

Today’s update to the 10-Day Forecast included a 600 aMW increase from STP on the front end, and hat difference was increased to 780 aMW by the 12th.  Day-on-day differences were smaller, averaging 70 aMW for most of the forecast. 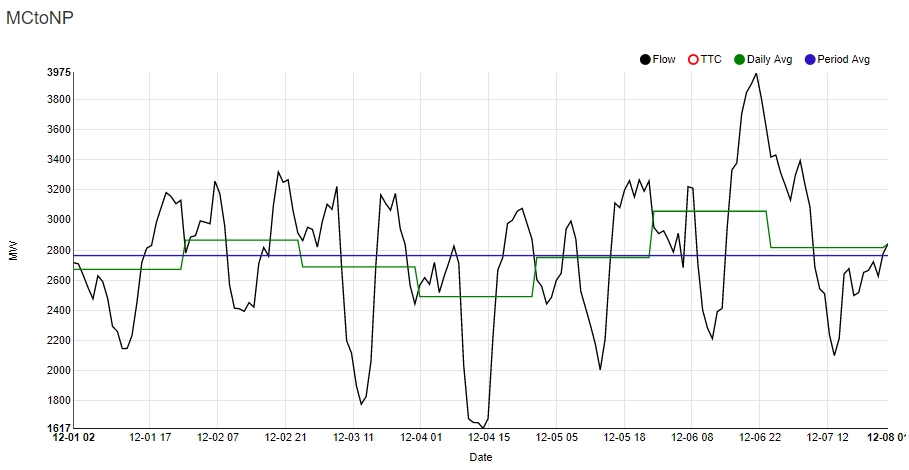 Flow into NP fell 230 MW day-on-day despite reaching a peak of 3,975 MW in the late hours.  Average daily flow is up roughly 140 MW week-on-week, and up 40 MW above the weekly average. 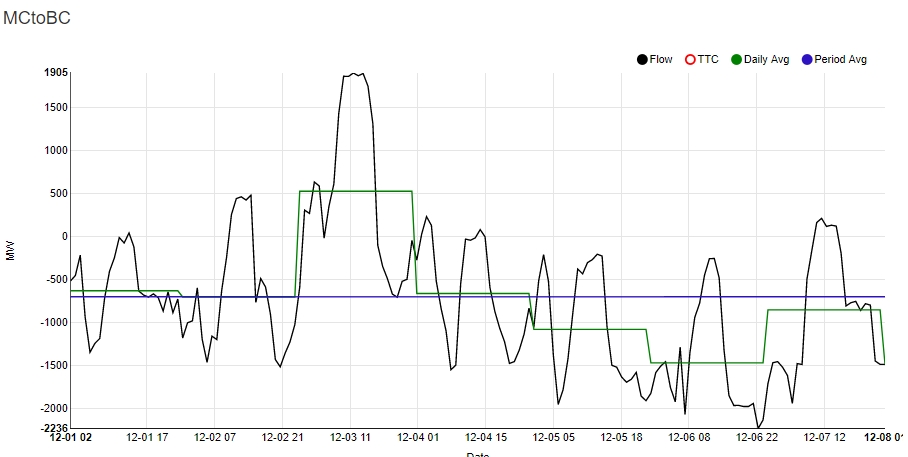 Average daily flow moved closer to neutral yesterday after increasing nearly 620 MW to -855 for the day, partially thanks to a peak hourly flow of 212 MW at midday.  The daily average remained below the weekly average for the third-consecutive day.