On Thursdays, we walk through a few back-end opportunities (hedging or spec) where we define the back as the Qs.

The table is sorted by Rank Ascending, putting the “best” opportunities at the top. Some we’ve discussed before, we’ll try to avoid those. 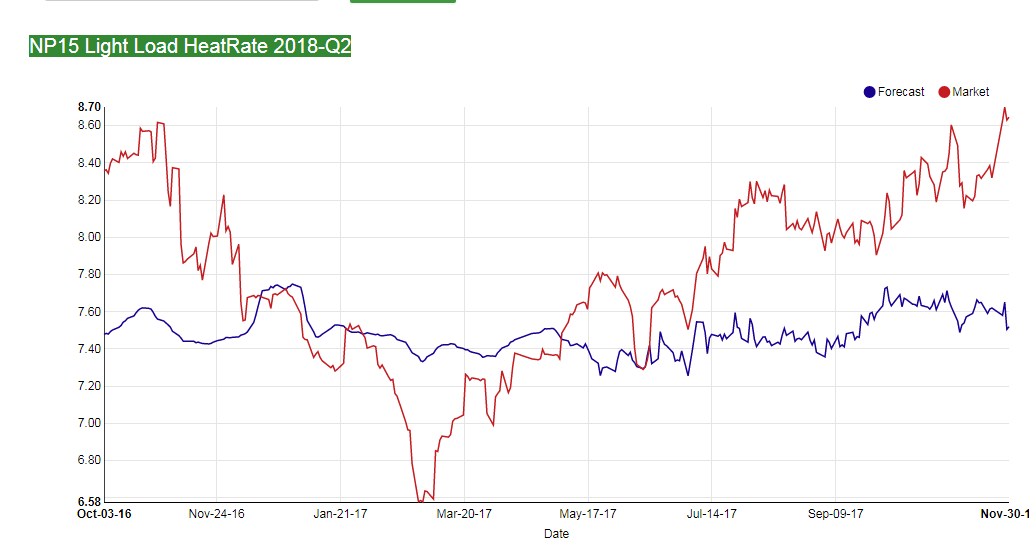 The NP15 Q2 offpeak has rallied hard of late. Possibly off of a dry start to WY18. If you assume last year, at this time, the strip was priced correctly then now we are just back to where it should have been all along. 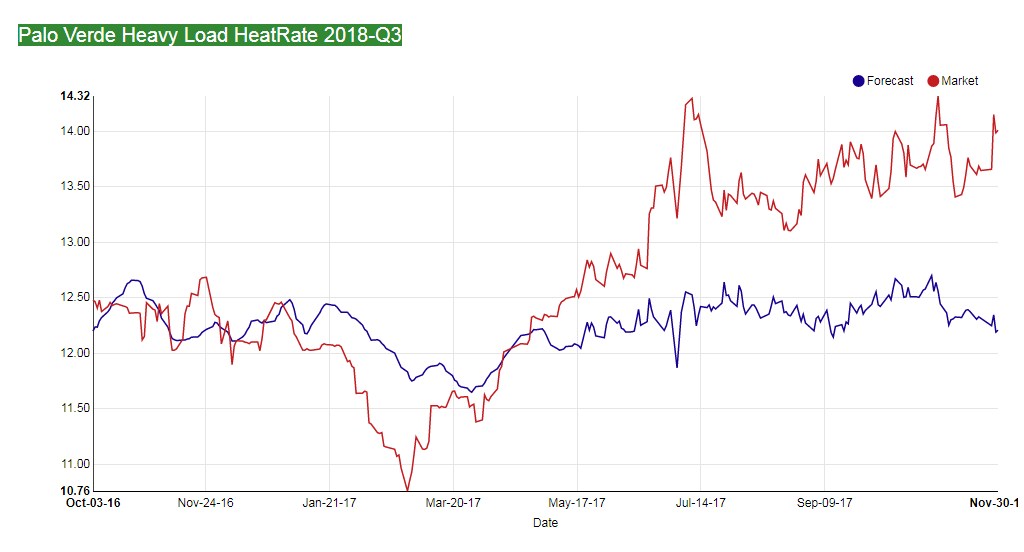 The Q3 Palo has bounced off a top twice; now it is re-approaching that top. The term Palo won’t be sold down until the cash craters; it is cratering into the ISO in the DA markets, but we’d wait for a more significant rally before entering from the short-side. 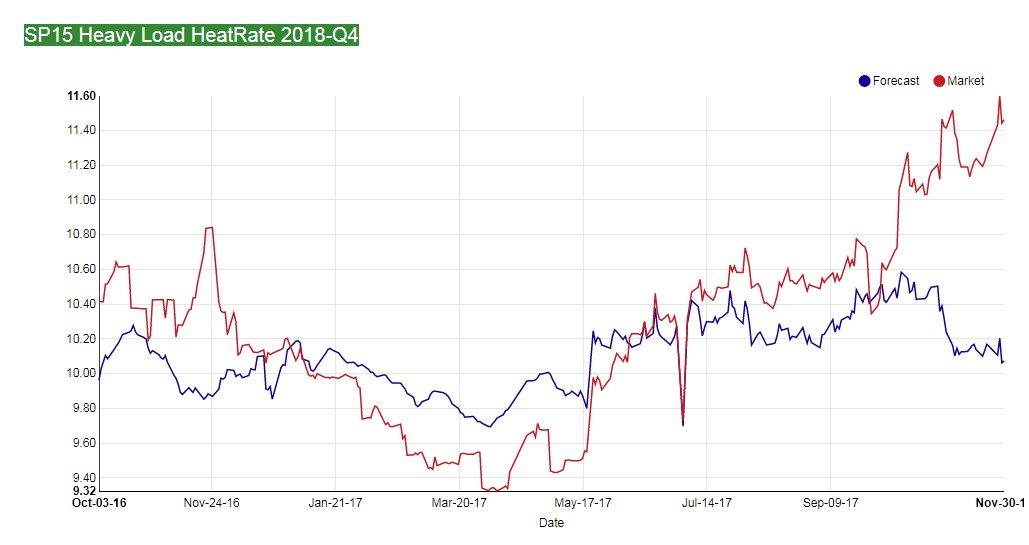 This one we wouldn’t wait; Q4 2018 is rallying off of issues in 2017 that most likely won’t be there next fall. Plus, this is a heat rate and check out SP’s cash heat rates of late – mid 7s. With a contract high, this is a good entry point from the short-side. 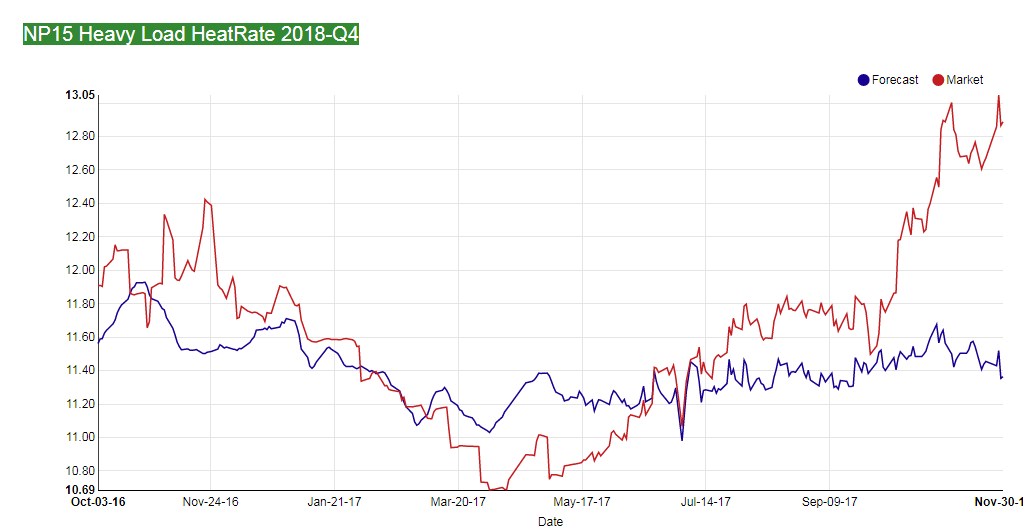 Same trade, just NP in this plot and we have the same opinion. Short contract highs when there is no rational reason for that high, other than some very hot October and November weather in 2017. Give this a few months of bearish winter and the shorts at these levels will be smiling. 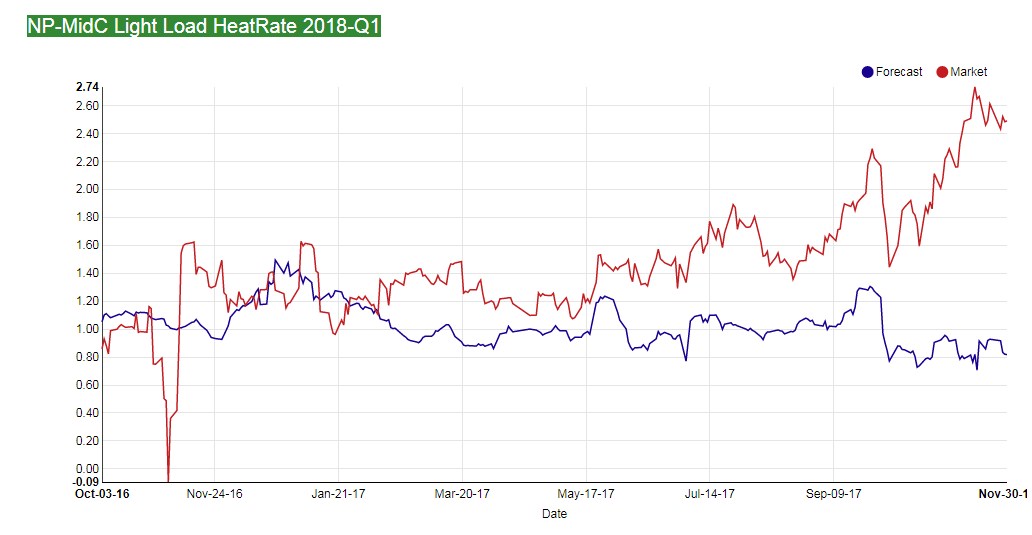 The spread is off from its highs but is still quite costly. With the MidC entering a dry patch we become increasingly enamored with shorting rich spreads; this is a rich spread. 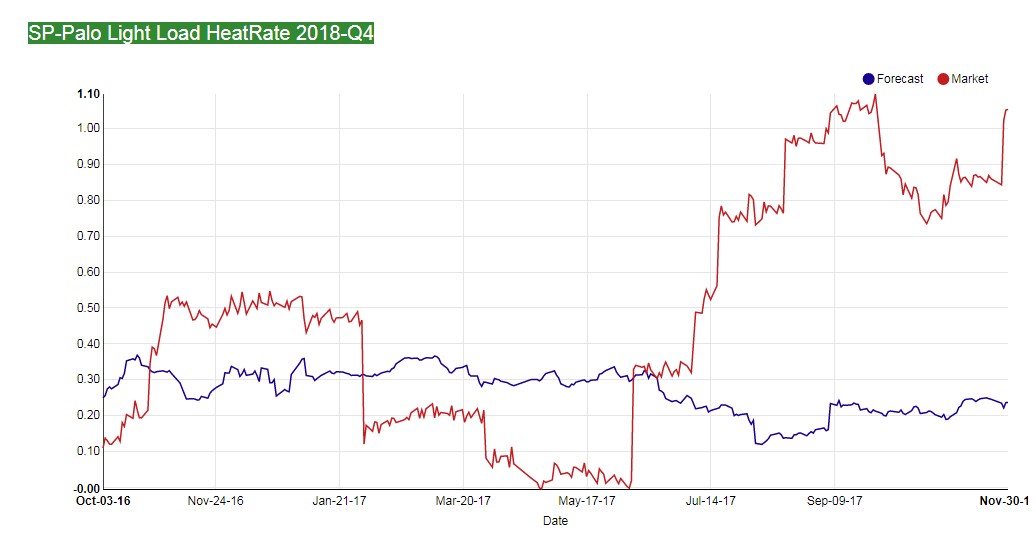 Another rich spread, this one against Palo. How much of the recent rally is driven by Needles? Probably way more than should be given that there is not a big chance that interconnect will still be down a year from now. 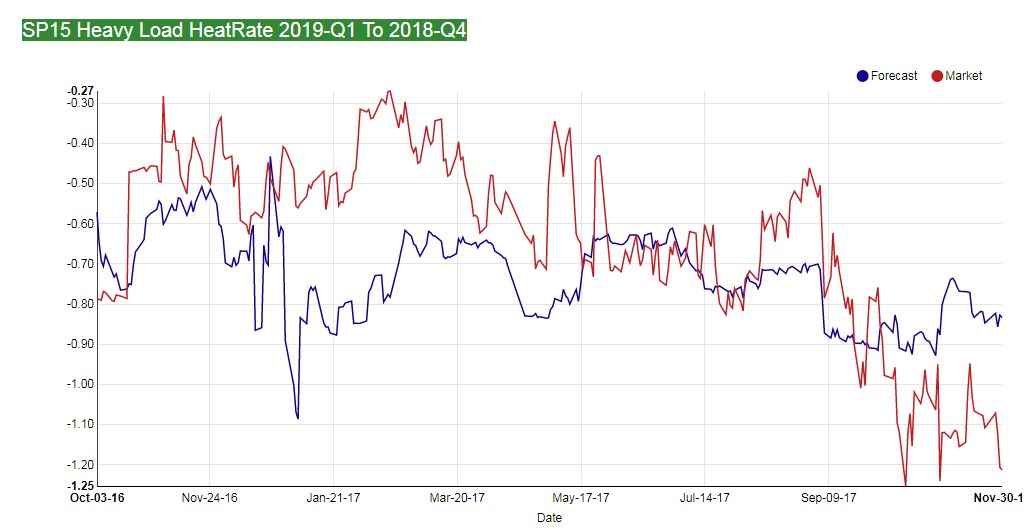 The roll has bounced twice off a contract low and now is free-falling towards that level again; contrast today’s mark against settles over the last year. All of this is driven by a bullish Q417 cash market which the One is getting little to no love from. Cheap, we’d own it here.