Here is a look at today’s highlights. 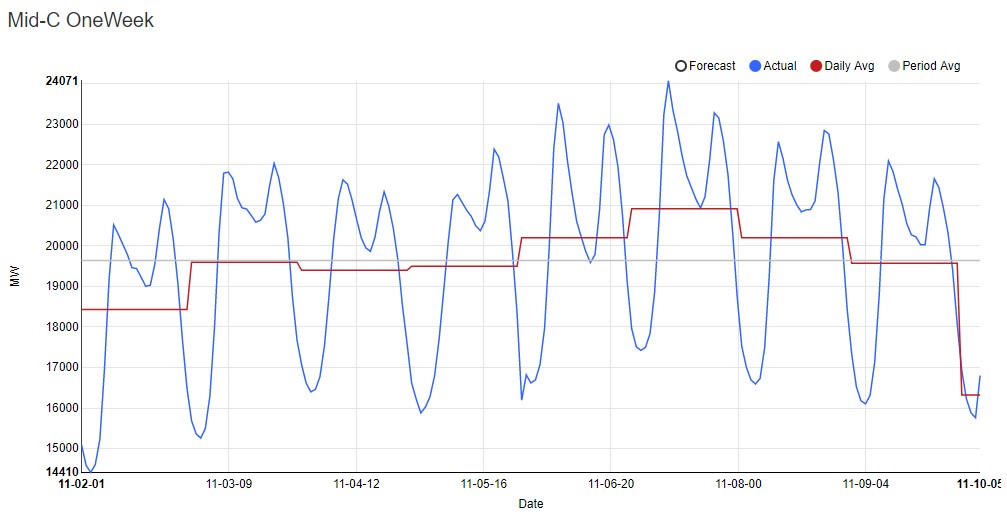 Mid-C average daily loads fell for the second consecutive day yesterday after settling at 19,573 MW, down 625 MW day-on-day.  Despite the daily drop, demand is up nearly 1,100 MW week-on-week and jut 60 MW below the weekly average. 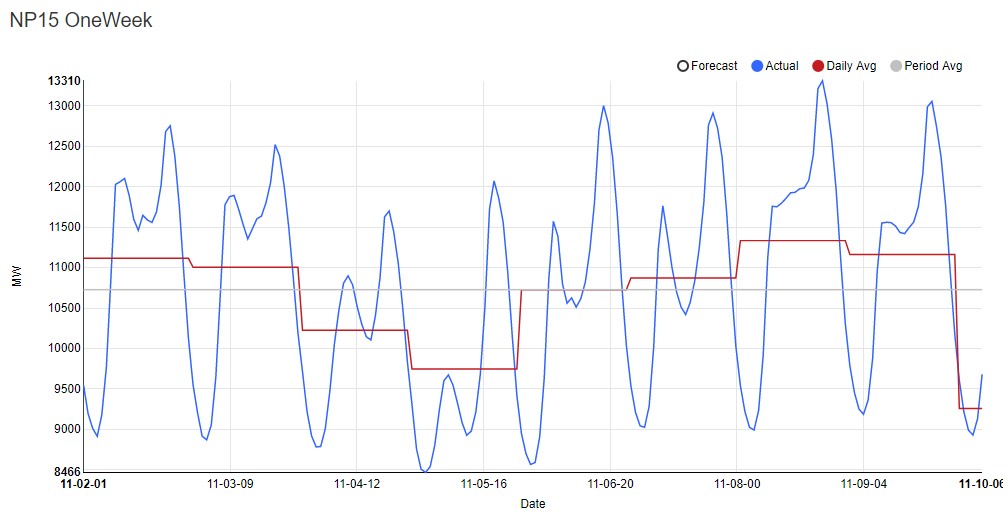 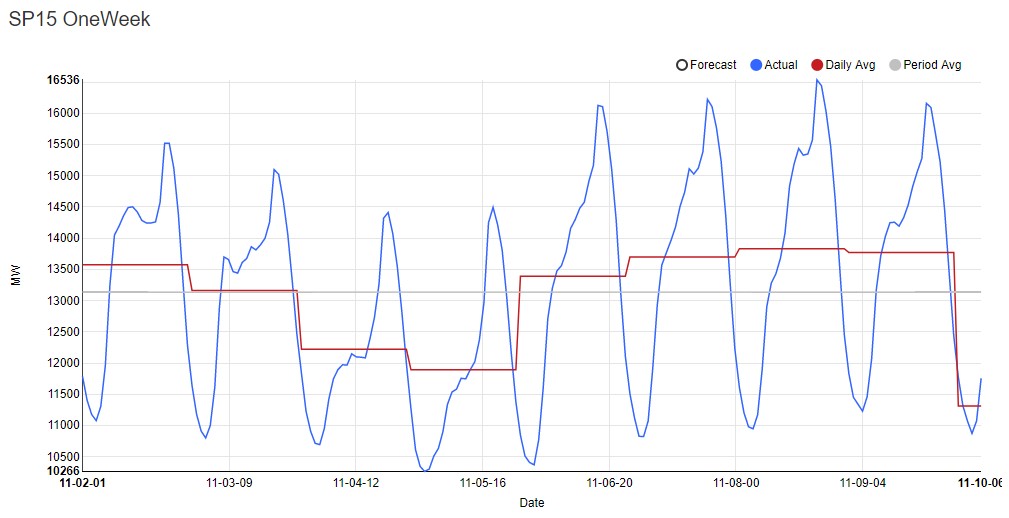 The 10-Day Forecast took a large cut today for nearly every day of the forecast, especially on the 15th where nearly 780 aMW was removed.  That reduction was mostly sustained through the remainder of the forecast.  STP followed a similar albeit more subdued path, as roughly 500 aMW were removed from beginning to end of the forecast.

Snow is falling in the mountains, and it’s showing up as snow water equivalent (SWE) in our data.  The largest day-on-day movers include the Chief Joseph production basin with an increase of 0.18″ in SWE, and the Upper Snake with 0.12″. 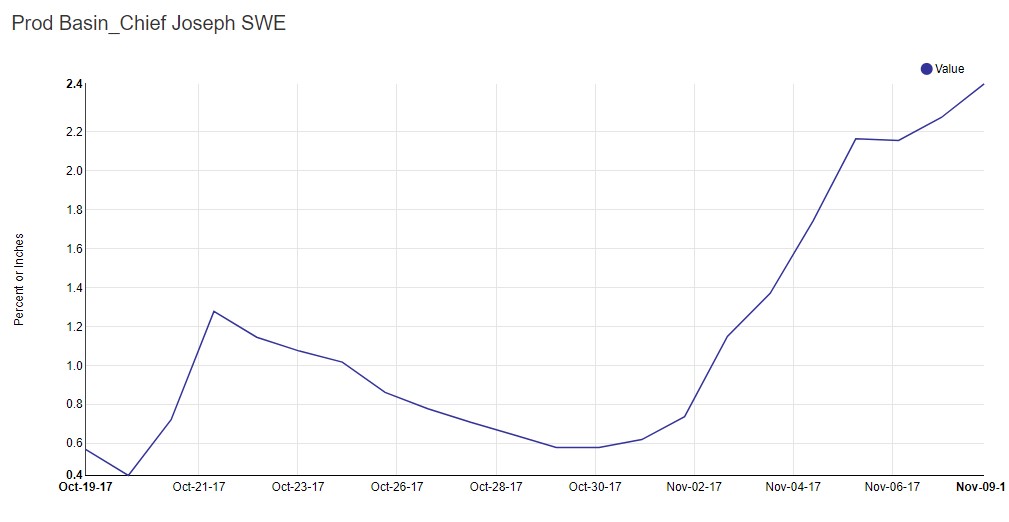 Chief Joseph’s day-on-day increase is just a continuation of the trend that began in earnest at the beginning of the month, as all but 0.5″ of SWE has been added since then. 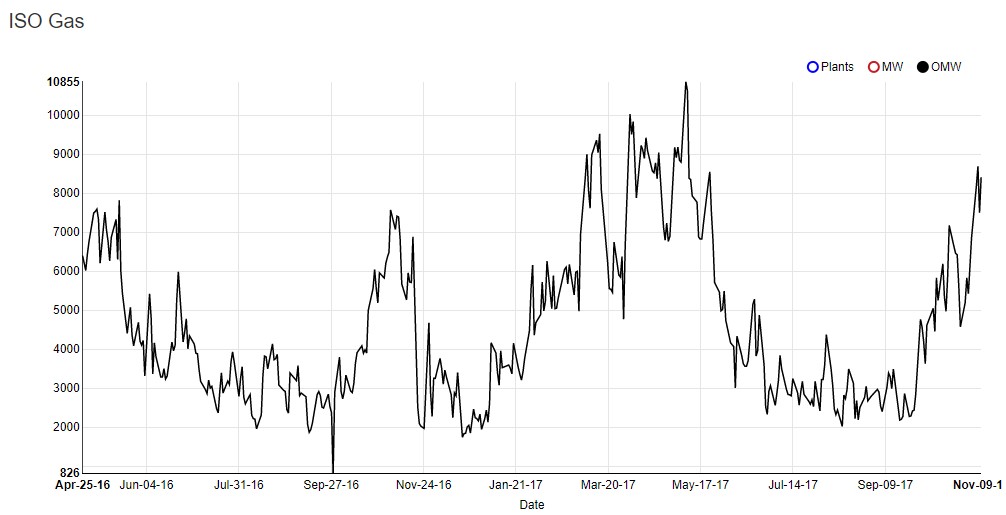 Gas outages increased again yesterday with another 900 MW added to the total.  This brings the total additional gas outages since the beginning of September to more than 5,500 MW.

PV1 has ramped up to 74% capacity as of yesterday. 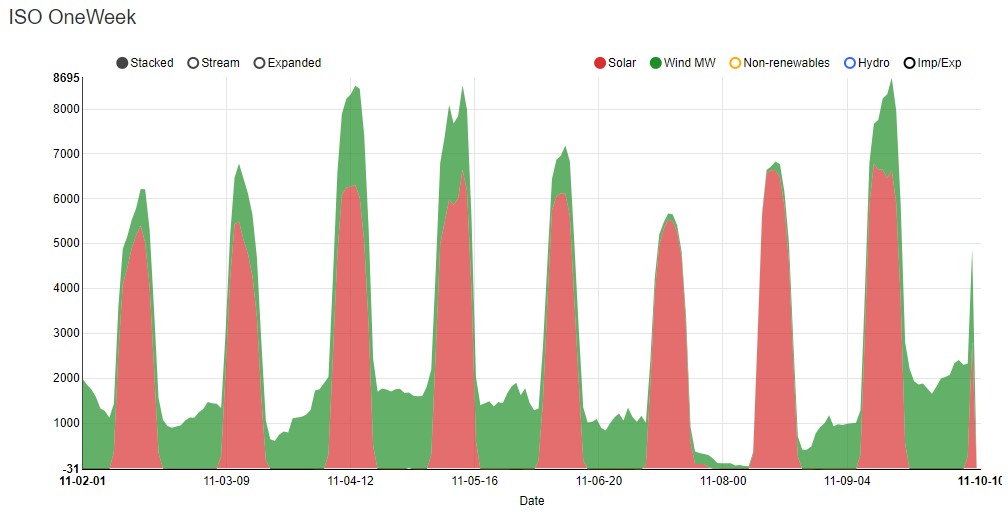 Wind and solar combined to peak at 8,695 MW yesterday, the highest combined generation in the past week.  Yesterday also marked the highest solar generation of the week at 6,784 MW. 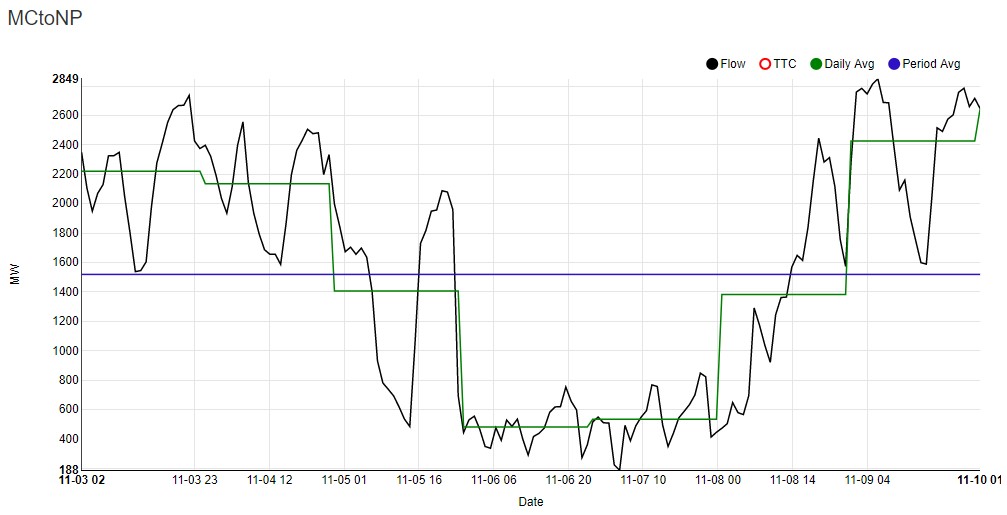 Flows rallied hard yesterday after crashing earlier in the week, finishing with a daily average flow of 2,426 MW, up nearly 900 MW day-on-day, and 1,900 MW since Tuesday. 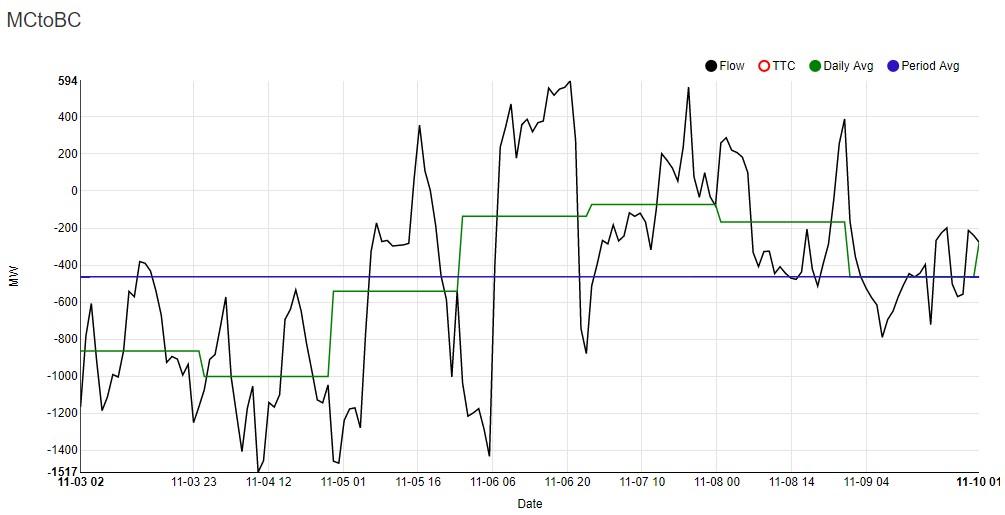 MC-BC moved the opposite direction as average daily flow dropped 300 MW day-on-day before settling at -463.  Yesterday also marked the first day since the 4th without a single hour peaking into positive flow.

A warm trend continues to blanket the west, especially in the southwest as Palm Springs, Phoenix, and Albuquerque lead the way with 4.5+ degree anomalies.  Just two stations project below average daily temps — Vacaville and Billings.

Seattle’s forecast was mostly increased over the next week, especially on the 18th where the high was bumped four degrees, enough to push the day above normal for the first time in at least seven days.

Despite Seattle’s below-normal daily highs, its aggregate daily temp is slightly above normal, primarily thanks to daily lows projected upward of six degrees above normal.

Portland’s forecasted lows call for sustained mild temps as the next week will stay at least five degrees above normal with a peak anomaly of ten degrees tomorrow night (projected low of 48).  A potential cold front looms further out where lows may finally dip beyond normal. 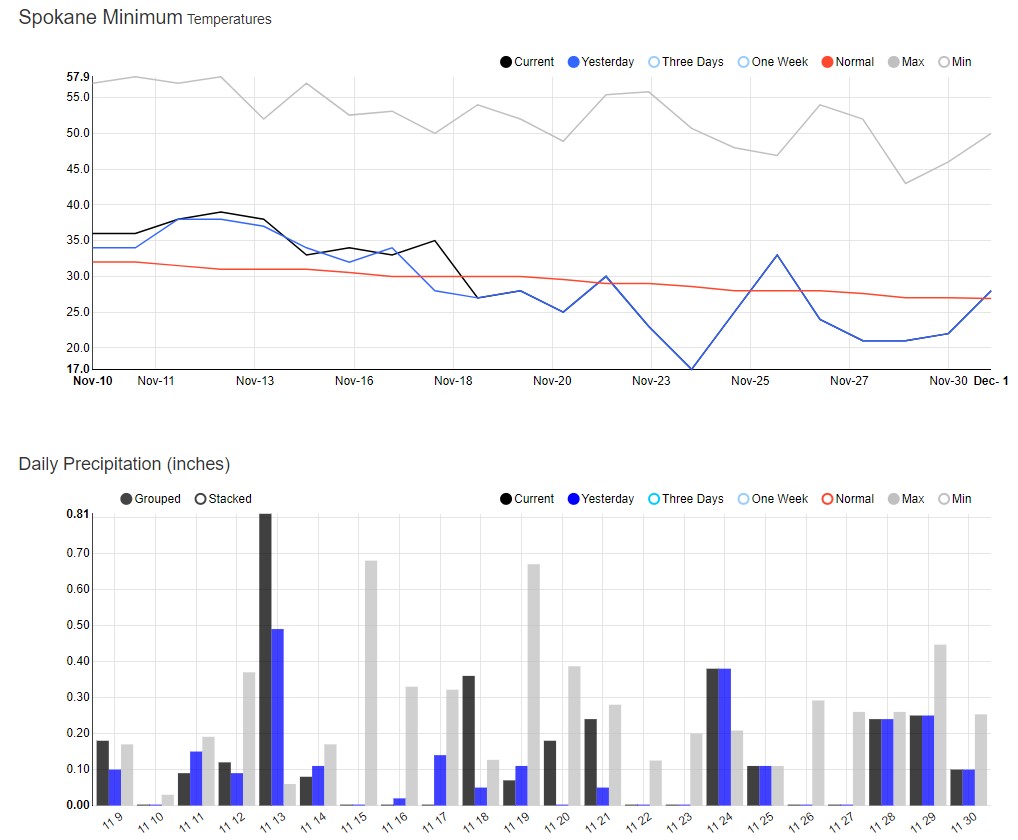 Spokane’s minimum temps will also stay well above normal for the next ten days, up to 8 degrees from average by the 13th.  With a max daily low of 39, it should remain cool enough to snow in the upper elevations; keep an eye on the 13th’s 0.8″ precipitation forecast if the forecast stays true.

Nothing in San Jose’s forecast looks to move the demand needle as daily highs are basically basic for the foreseeable future.   Highs may approach warm territory later in the month as the 22nd calls for a high of 73, but as an aggregate the day is likely to stay degree-day neutral.

The 22nd will bring warm weather to Southern California as well as highs are projecting to once again jump into the 80’s, potentially 11 degrees above normal with a high of 82.  Burbank will sit comfortably below normal for the next three days with a high of just 71 today.

Phoenix is projected to stay above normal throughout the three-week forecast, though the peak will come in the next few days with a high of 88 projected for the 13th, enough for 11 degrees above normal and potentially a new 10-year high for that date.

Vegas is more subdued compared to Phoenix, but the anomaly is still present as the 15th climbs nearly 11 degrees above normal for a high of 78.  All but one day is projected above normal for the area.