Today’s post covers the Qs, and we’ll start by sorting APT on Rank:

There isn’t a lot of changes from last week; SP is still the prime short candidate. 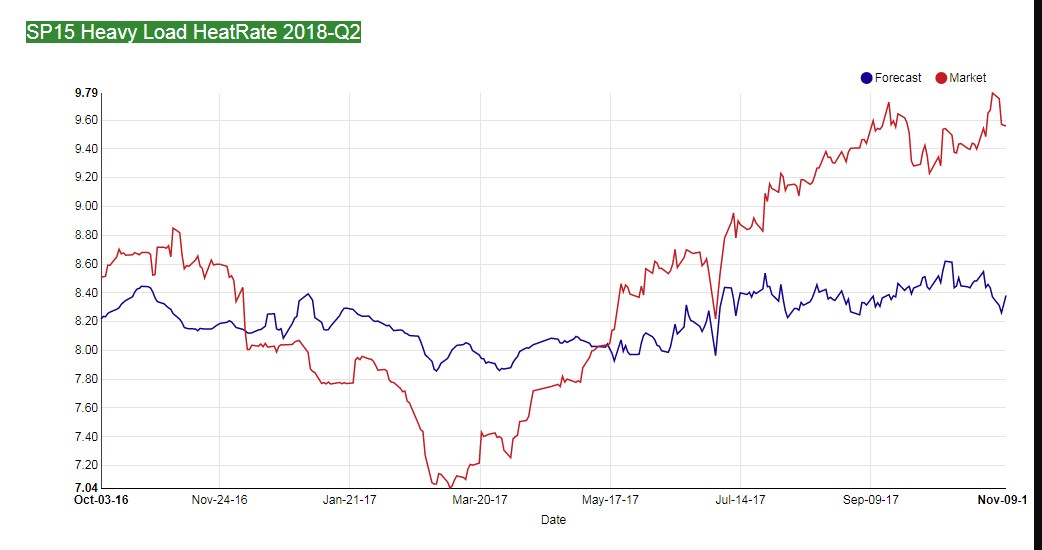 We discussed this trade last week, it was a  short then, now it’s come off a bit, but the model likes it more. We do too, fundamentally, given a weakening cash outlook at SP, but, until we see SP cash crater, the back won’t come off. Instead, it will bounce around like it has done the last couple of weeks.  Maybe a better time to put this one is right after the DC returns to service. 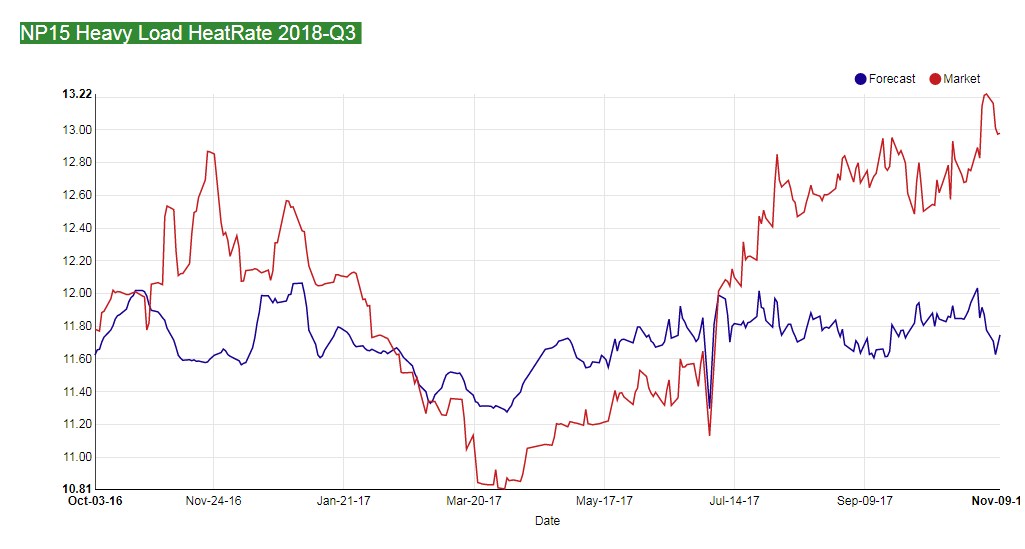 The curve is nearly perfectly correlated to the SP Q2; contract highs were realized last week, and the market has corrected a bit. This product remains too high and like the SP is just waiting for some bearish DA posts. Those don’t appear to be coming this week, but perhaps after the DC returns, but maybe not. We’d rather wait until we see a six-inch precip event given that the streams are all below hydraulic capacity. The surge of hydro energy coupled with a sound gen stack might be the mix that pushes cash to low 20s. If, and when, that happens the entire forward curve will crater. 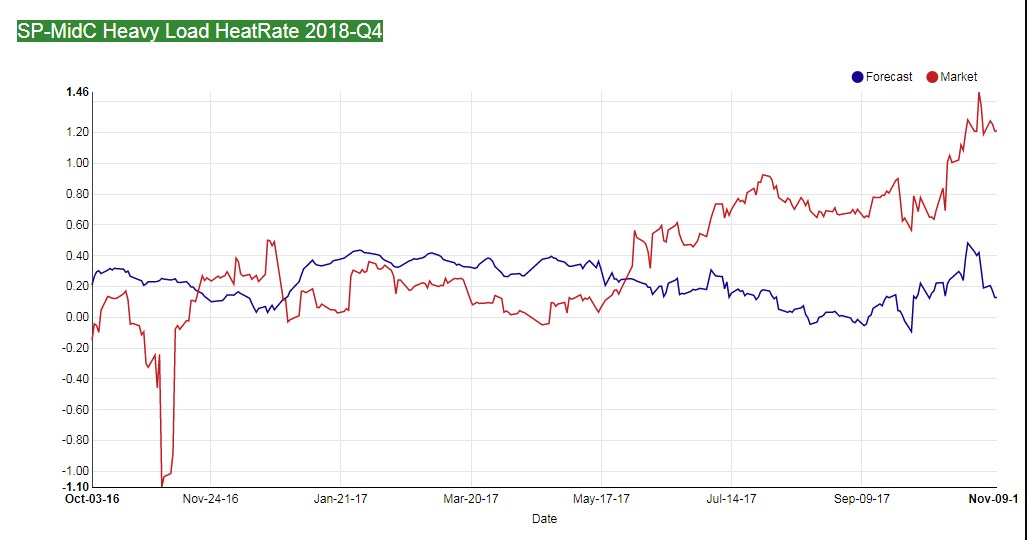 The spreads remain very wide because cash of late has been wide; now a lot of that cash spread can be explained by gas issues inside Socal, but even the biggest bull in the market knows the Needles outage is short-term. Shorting spreads might be a low-risk strategy for getting long Mid-C In advance of the cold coming to the Northwest. 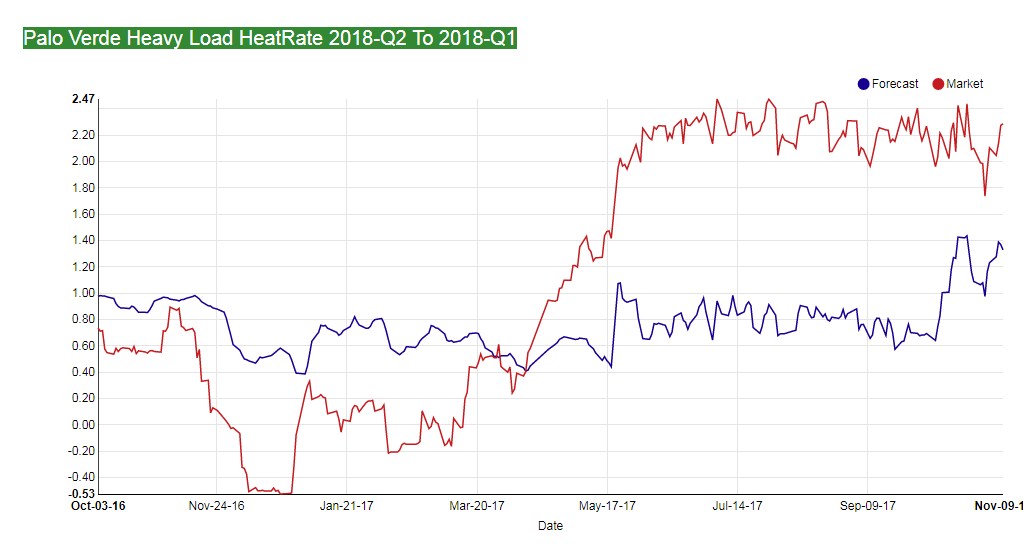 This Palo roll sold way down; now it is approaching its high; mostly this is just a black hole that sucks VaR out of your account. The fear here is that the ISO tanks in late Q4 which would put even more upward pressure on this roll. For those reasons, and the illiquidity factor, we’d avoid it for now.

These are the opportunities that have most improved in Rank (Sort on WoW descending). 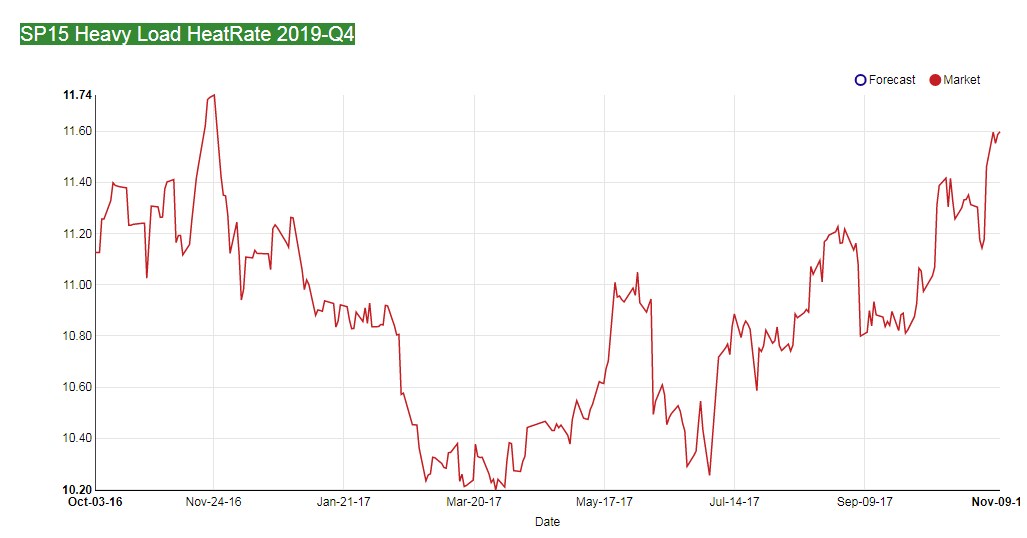 This is Q4 2019, so far into the future, no one has many clues as to what would drive it up, or down. Apparently, the market has taken a shining to it as a contract high was realized over the last few days. I’d be uncomfortable splitting Qs two years out, but if I had to take a side, it would be shorting this. Much of the ultimate value will be set by what cash does for the remainder of Q4 17; with gas issues, it may be tight which would keep the pressure on the Q4 19. 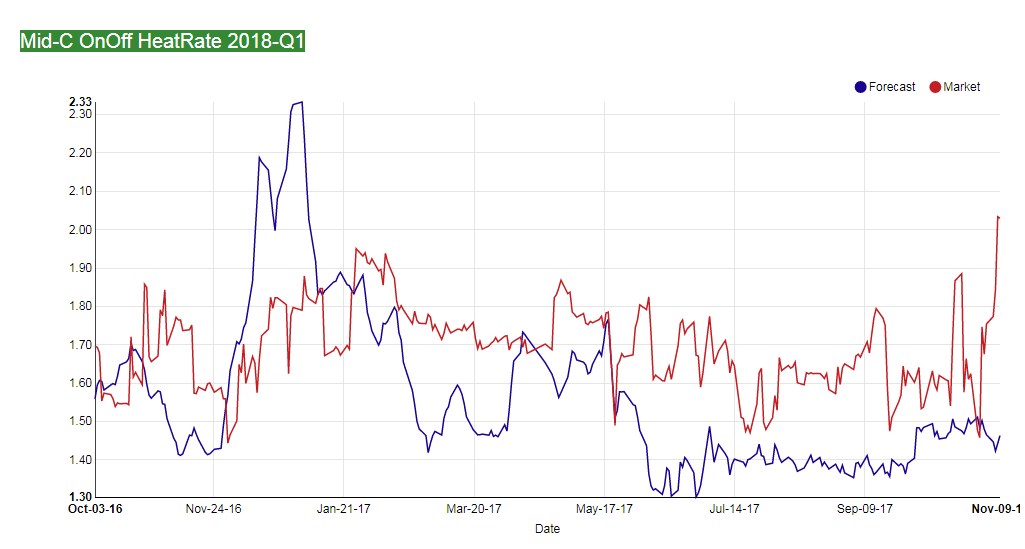 Of a sudden, the market either hates the Q3 off-peak or loves the on (Check outrights to answer that question). Whichever, the result is a contract high in an on-off spread. Probably a single trade triggered this but its now officially in the over-priced camp. 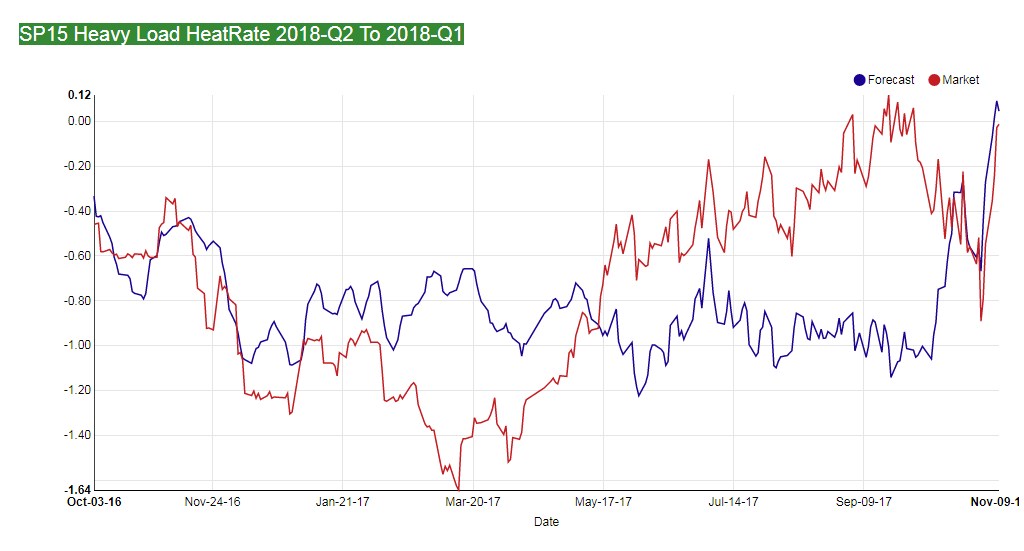 Check out that roll volatility; this has been all over the map, and now it is back to an all-time high. We discussed the NP version of this in the “Best” group; the same cautions apply at SP. We’d watch and wait. 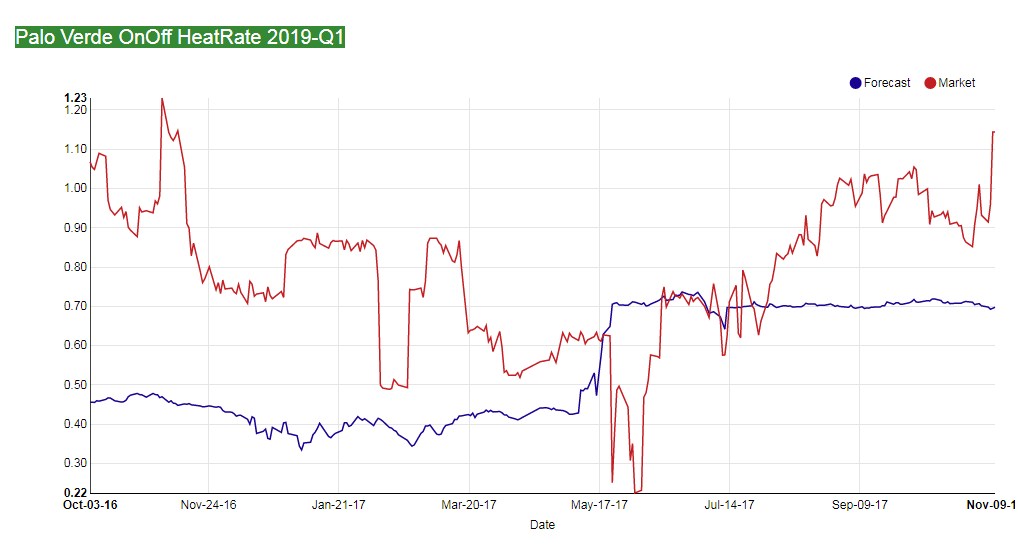 It seems the off-peak is being scorned everywhere, by everyone. Now Palo hits a high in q1 2019, go figure.