Post massive rally in ISO cash, how did the term market react? Markets tend to project current on to future, and that has ALWAYS been a mistake. We think the markets are getting smarter, but there are still some exciting anomalies out there. Let’s start by looking at the APT Best Ranks:

The highlighted products are discussed below: 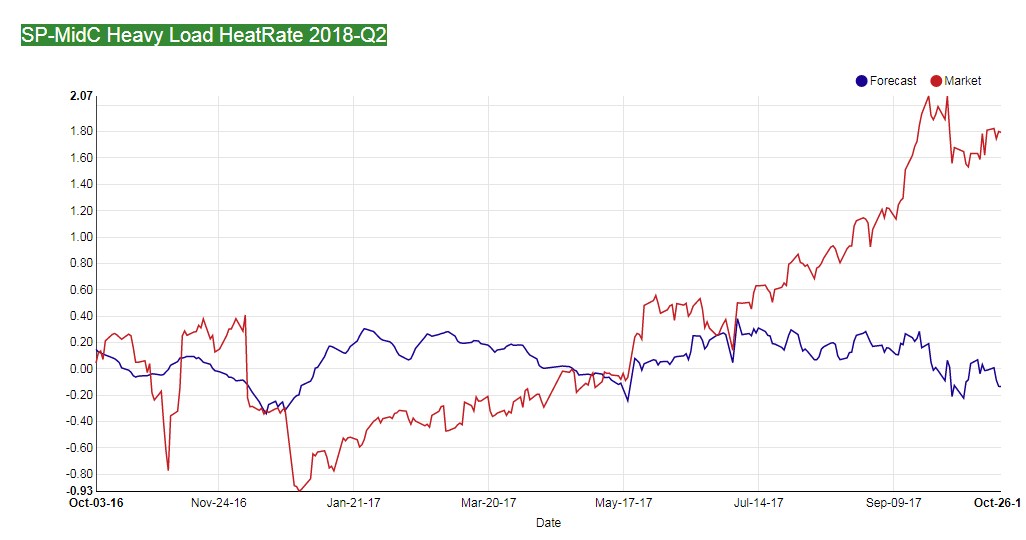 This trade feels like the train left the station, leaving us with the suitcase in hand watching it disappear into the sunset. Or has it? APT shorted it hard near the peaks, then the market came off, now it rallied back most likely off of sympathy to cash. This trade is more of an investment than a trade; we’ll need to see some cold weather in the Northwest (or continued dry) before the cash spreads tighten up, but are confident we get that in the next eight weeks. When that happens, we should see this spread fall 1k btu. 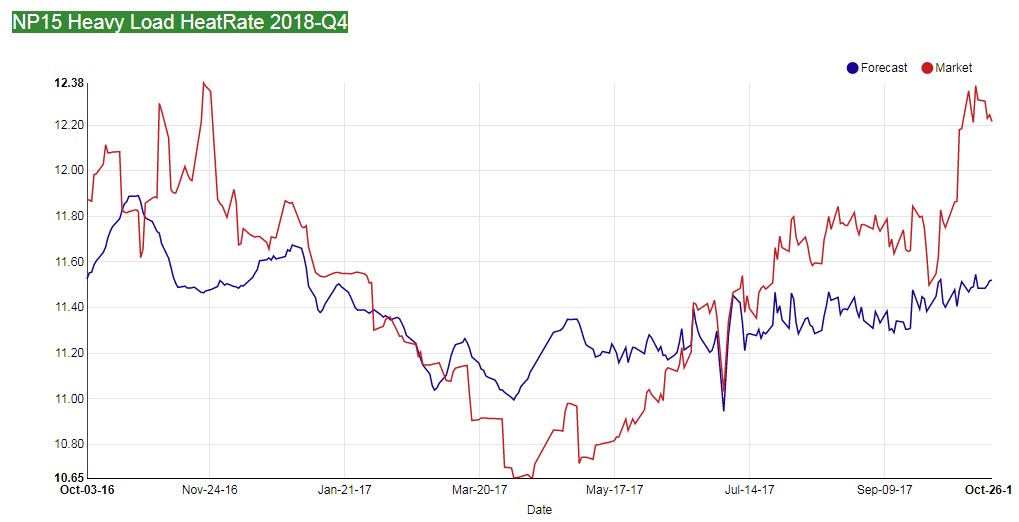 This is an outright, NP Q4 2018 HL, and is priced oddly in our opinion. Coming out of summer and the most recent heat we’d expect the market to bid up the term, but now we are entering a bearish stage of cash for the ISO, and all of these term products will be under constant pressure from now until the first springtime heat event. 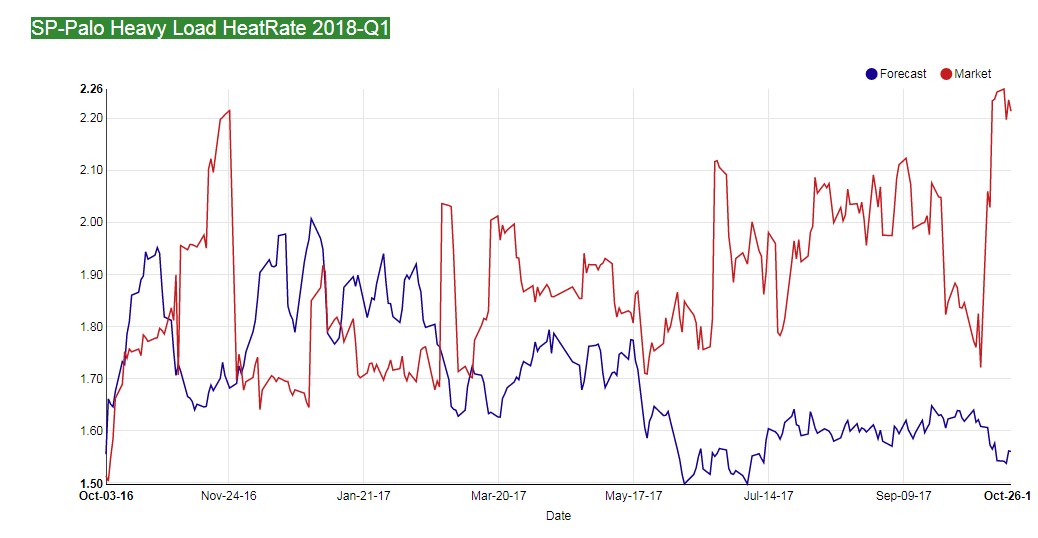 The spread has blown out to a crazy level in a period where little is known; probably another “investment” but it is one of the more attractive shorts on the books 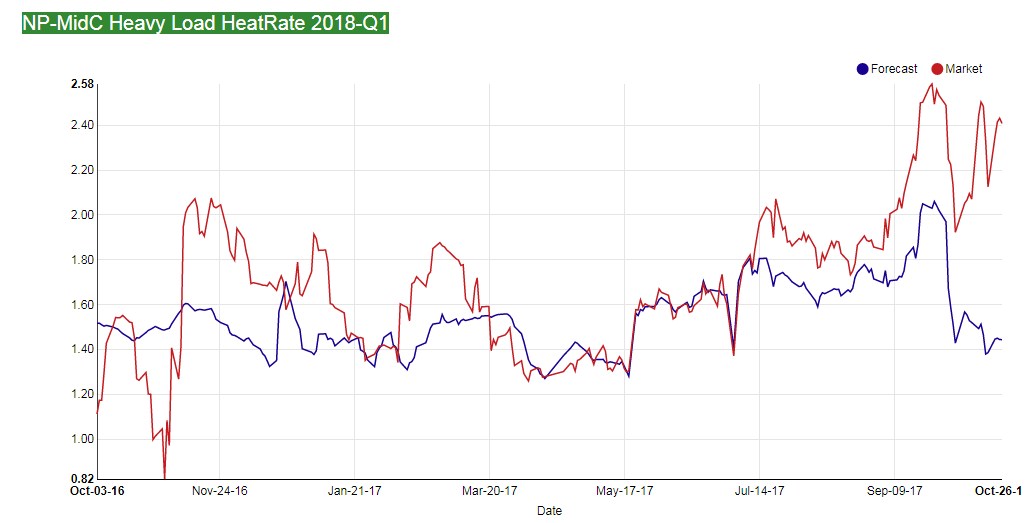 The market is struggling with the spread; loves it, loves it not; now it loves it — we not so much. This isn’t an investment, it is a day trade, and we’d be short as NP settles back to reality.

In this view, we are looking for the most significant improvements in ranks. Some of those filtered on top are trades we already reported in weeks past; we’ll try to look for new opportunities. 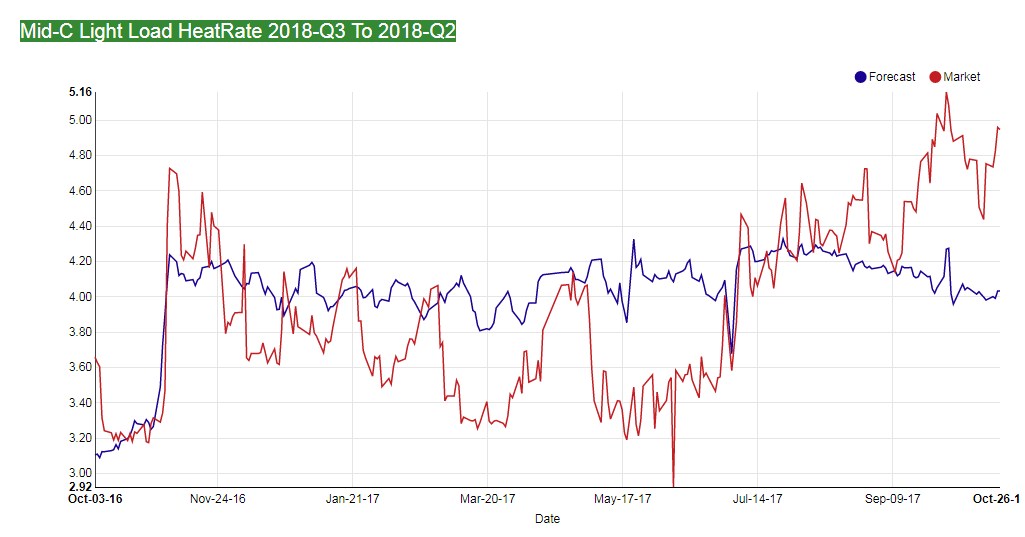 The market is drifting back to a blunder, rallying the three at the expense of the two; we flagged it as a short a few weeks ago, now it is looking like another one, though this is the rising knife scenario and we wouldn’t be surprised if it continued its drift upwards. If I were a ute long the Q3 and short the Q2, I’d hedge now, if I were speculating I’d probably sell it too, but waiting might bring a better price. Most of this three premium is still be driven by the wild Q2 2017 which was crushed by big water and a sudden melt of low-level snow. Odds of that recurring this year are less than Trump canceling his Twitter account. 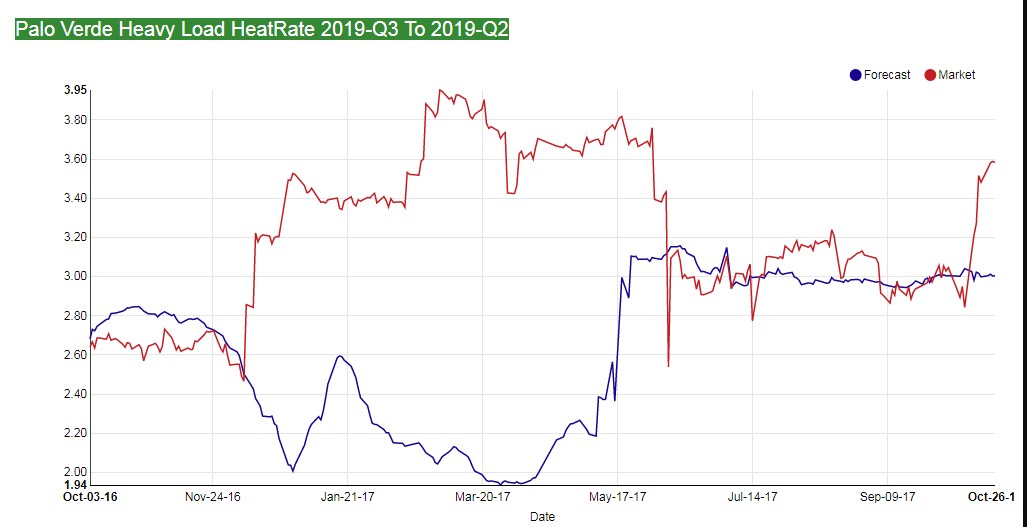 Same roll, instead at Palo, and HL, not LL. Caught our eye because of the violent move of late; a move driven by no fundamental reason. 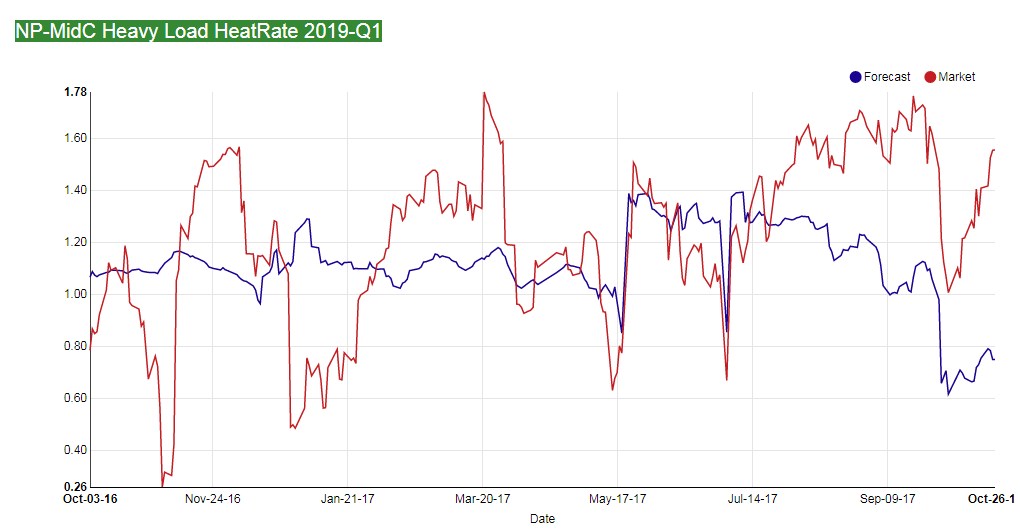 The spread is drifting back to no-man’s land, all off of recent cash, and this one is in 2019. It isn’t near the high of a few weeks back and not sure it reaches that level again, apparently, a market move not driven by any real fundamentals, just cash following trend is your friend irrationality. 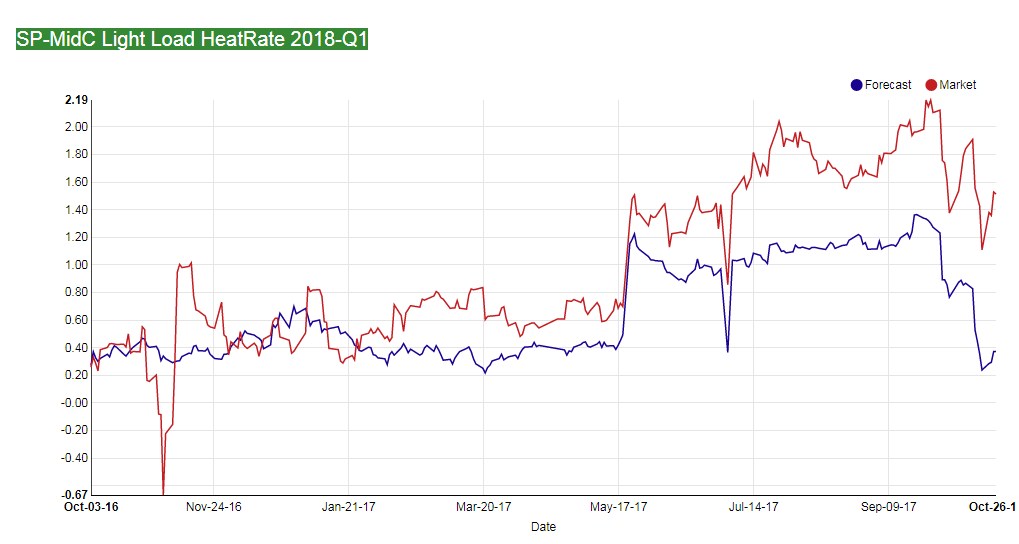 This doesn’t strike me as an opportunity and is presented more to set an alert to continue watching. After reaching a high, the spread cratered, rallied, cratered, now is attempting a  rally, most likely off of SP’s most recent malaise. Once cash returns to reality I’d expect the spread to resume its downward cycle. 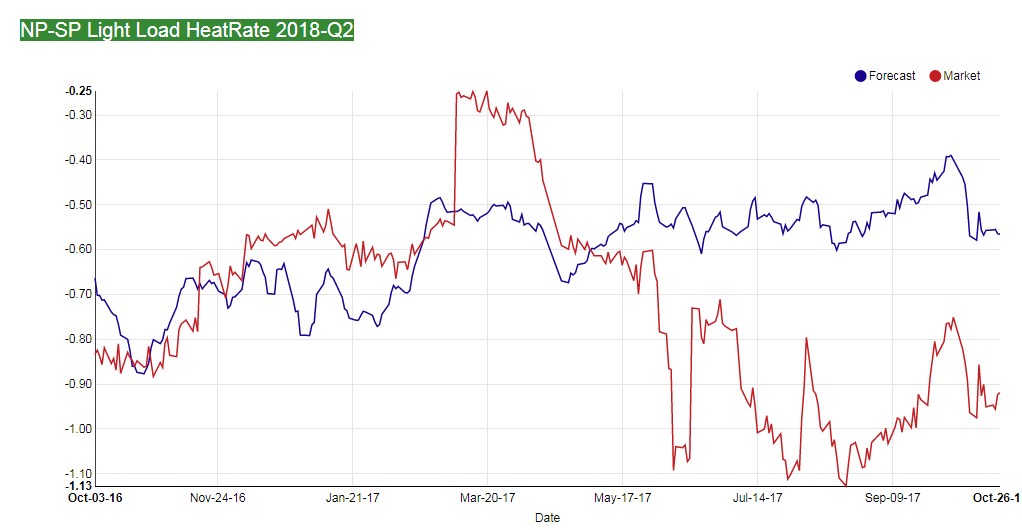 SP has owned NP for a while, at one point the spread belonged to the “no-brainer, go long” camp, then it rallied back to fair value; now it is cheap again, but not like it was twice over the summer. Worth watching.

These are the “I Told You So” trades; the ones that were stars and now are just the remnants of a cataclysmic supernova. Or not. 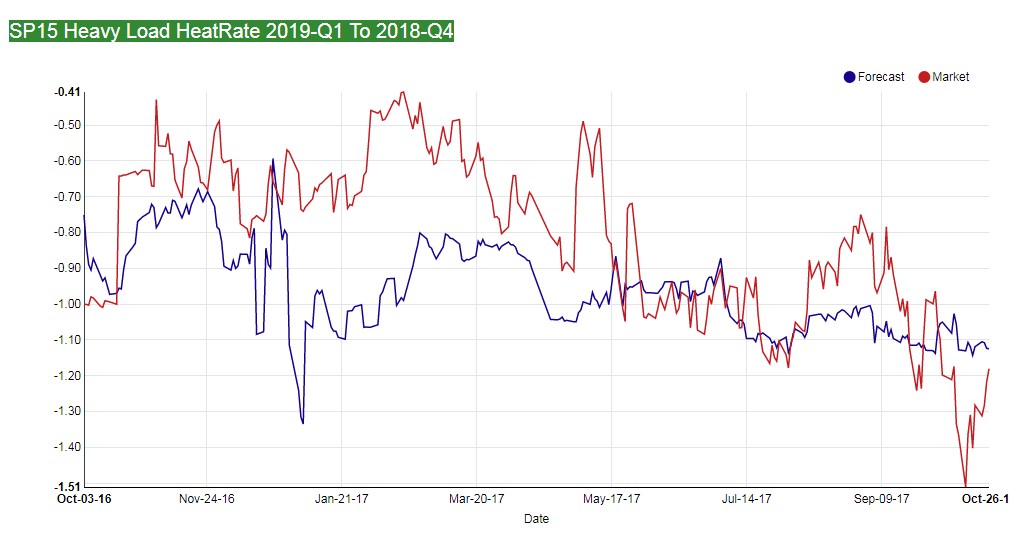 The roll gets pounded to dust than the market wakes up and says “WTF.” I told you so. 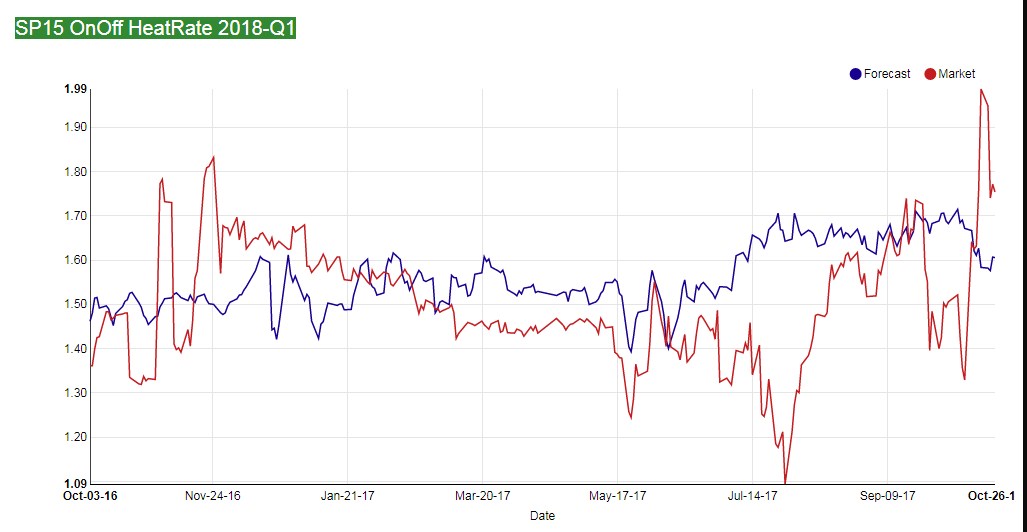 Irrational exuberance as the herd of sheep follows the wolf to the slaughterhouse. 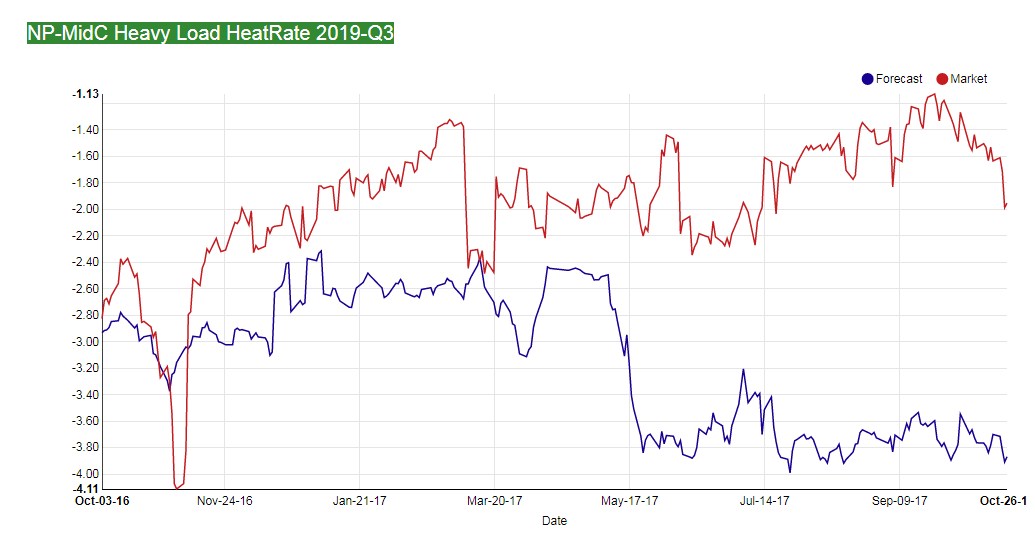 This one is interesting, a very sudden collapse in the spread way out in 2019. If anything, I’d be more tempted to own it than short, but the trend is a powerful intoxicant.