We walked through the fundies in an earlier post, now let’s see what layups Mr. Market has presented us with inside the WECC back of the curve. As is the usual market review, we first will look towards APT Rank and cherry pick a couple that caught our eye. Remember, this is the back-end of the curve, these are products that move at the speed of a glacier, but these also can lead to significant PNL. 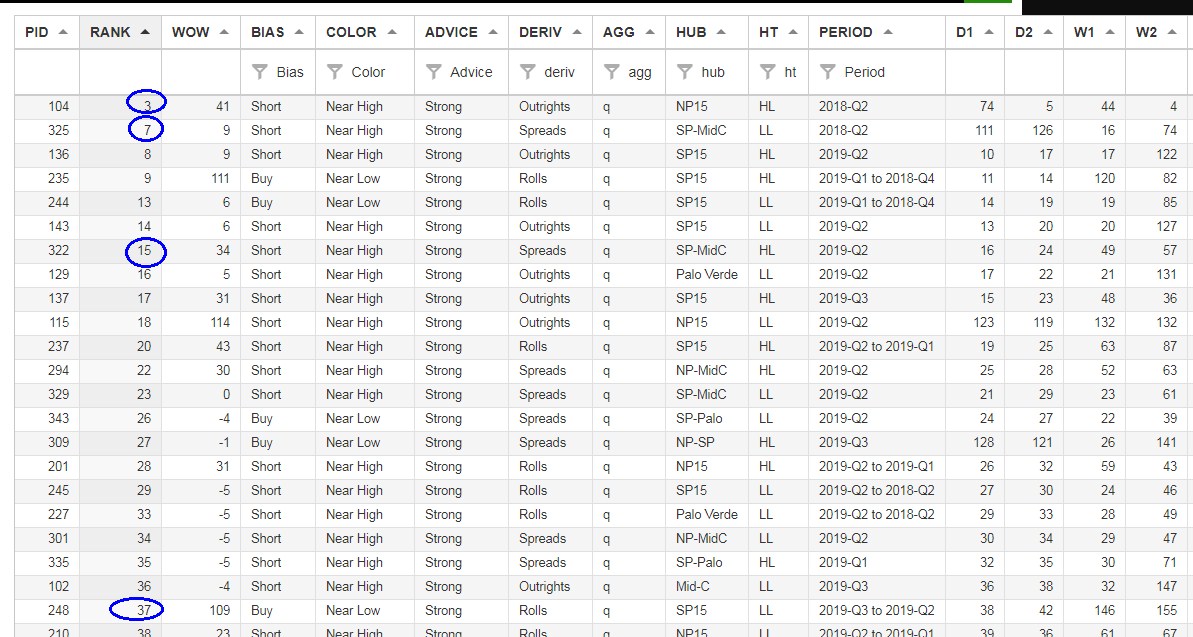 For those not sure what this is, let me re-explain. The above is a small slice of Ansergy’s “APT” product (Algorithmic Power Trading) which assigns a rank to 388 products each day. Each of those 388 is ranked against each other based on multiple factors including our internal term forecast, historical market moves, type of product, and several others. The table is a snapshot of the ranking and also shows past ranks (W1 was a week ago; WoW is the week-on-week change; W2 is two weeks ago). The four highlighted are the ones from this view we’ll discuss today. 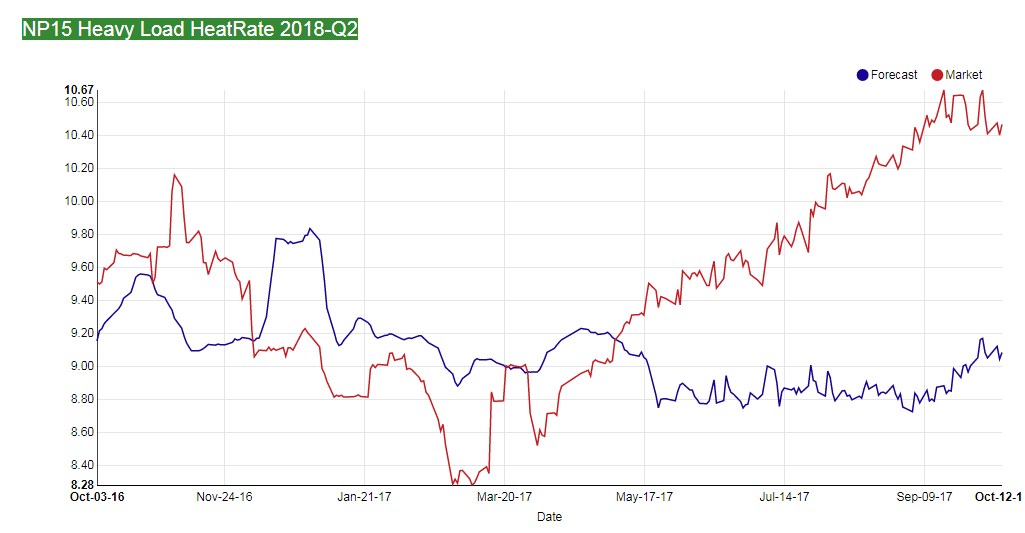 The Q2-18 is the highest ranked of the back-end opportunities mostly because it is vastly over-priced and has hit its contract high and come off. We see fair value in the low 10s, high 9s (heatrate) and believe it has a long ways to fall, once it starts. It already has begun, the upward trend has broken, if only cash will support further erosion. We don’t see that cash market in NP melting down anytime soon but come winter, and big storms, we think its coming and shorts will be the trade de jour. For now, it is all a matter of timing. 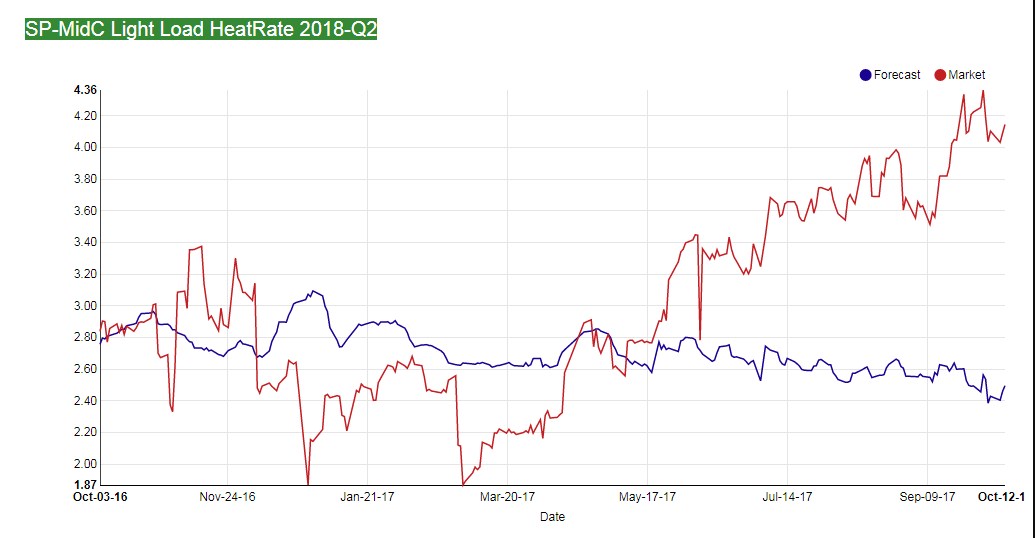 Same story for the spread; hits a high and stutters and stumbles, yet still priced stupidly given that no one knows a thing about this coming winter and spring. All we know is what happened last year, and I know the odds of last year repeating itself are minuscule. But like shorting the NP, it will take a confirmation in cash before this plummets back to earth. That confirm can come either from SP tanking or MidC rallying, both are highly likely between now and the holidays. Timing, it’s all about timing, but given the current levels, it might not matter, assuming you have ample VaR and a patient Risk Manager. 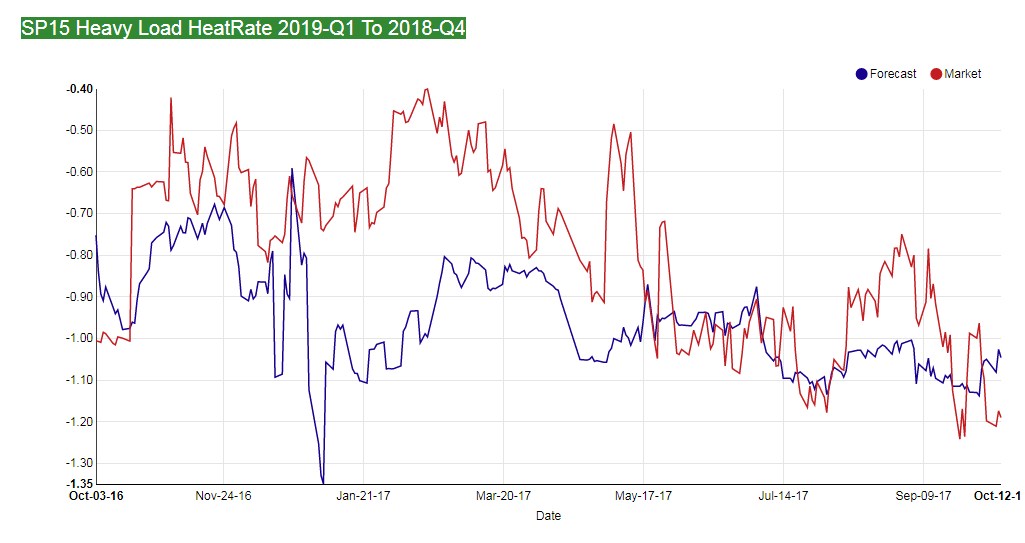 A roll, and the reason it’s here is due to the WoW of 111, meaning this has rallied in rank by 111 spots. Why? Because it’s back to a contract low; the last time it touched that level it bounced 30 points. What does anyone know about 2019 or Q4 2018? Not a thing, all they remember is that Q1 2017 was living hell for the longs and no one wants to go through that nightmare again, right? And every Q1 from here till the sun goes supernova will be identical to last year, right? LOL. 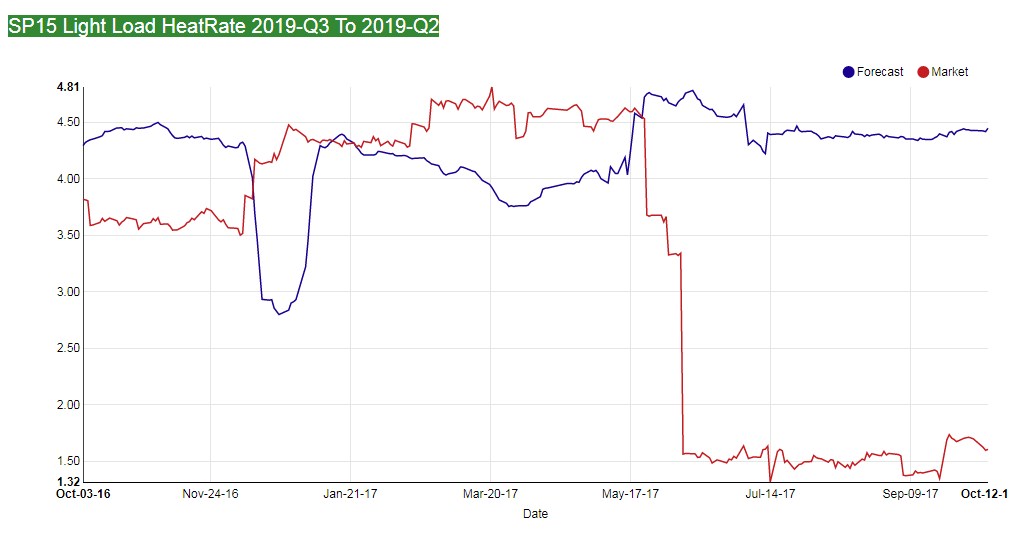 This was selected because it is a freak-show, most likely odd marks from our vendor. The roll is so far into the future it’s not worthy of mention, aside from it is just so exciting (if those prices are real).

In this view, we sort on WoW descending which puts the most prominent moves UP in rank at the top. In other words, these are the products which are growing MORE attractive. 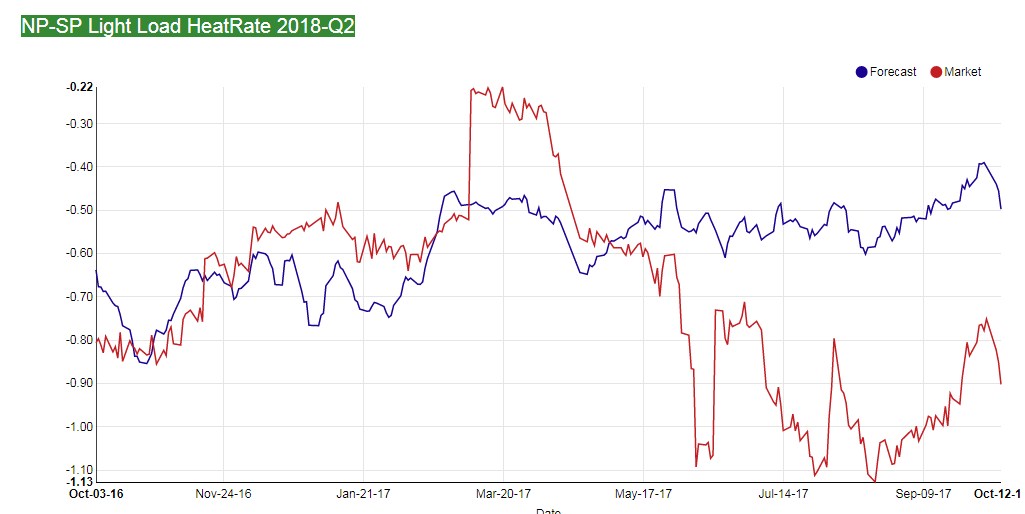 Where the spread had bounced hard off of its contract lows and grew increasingly less attractive, now it is collapsing and getting more interesting. Let’s look at the last thirty trading days: 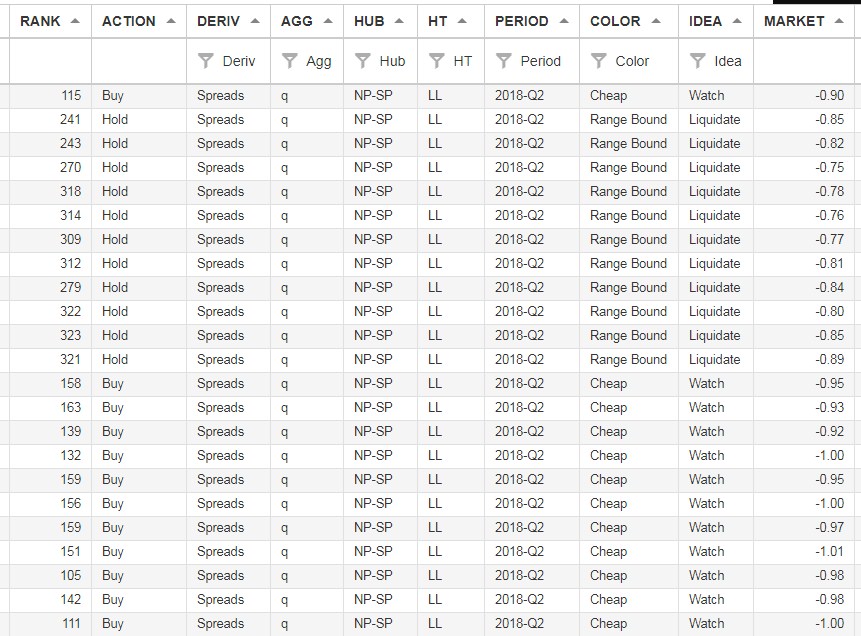 The model loved it for a few weeks, but once the rallied was fully realized its passion waned, now it loves owning the roll again. You can view any product’s history from the online version. 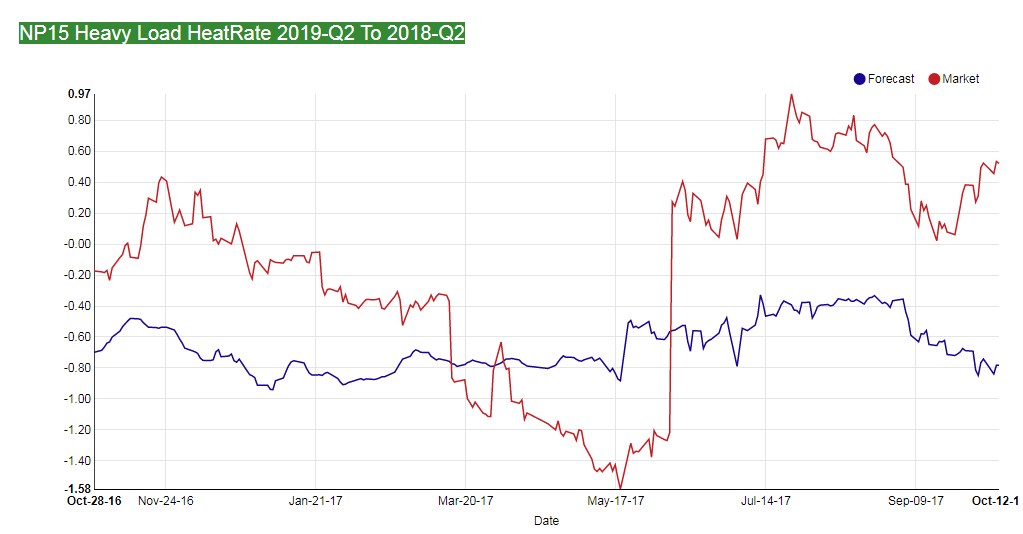 This is a year-on-year roll at NP (Q2), and the market has started buying the back at the expense of the front. Last time it committed the blunder it paid, but we’d rather see it approach contract high before milking this cow. 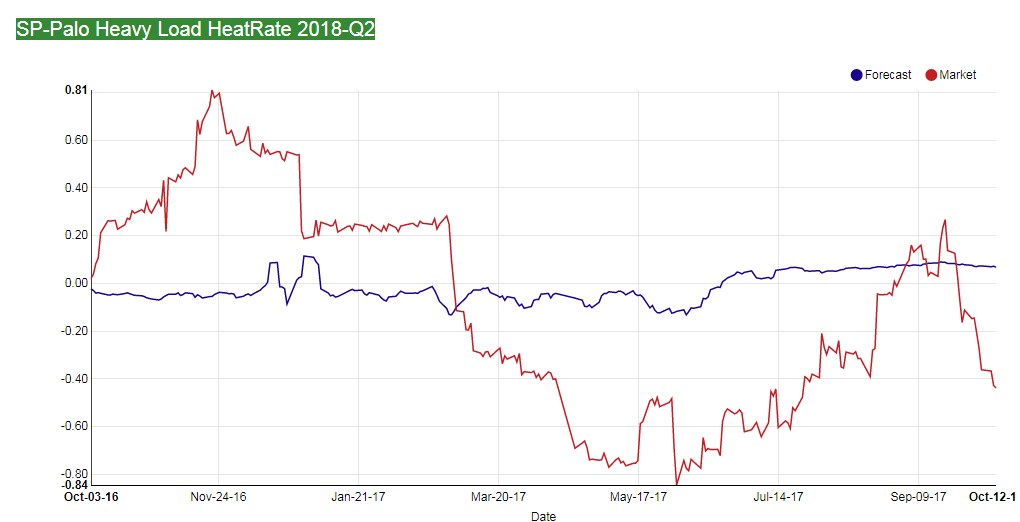 The market is starting to taking a shining to Palo again, maybe too much. The trend (for buying) isn’t your friend but a few more days of selling, and this will be a safe place to own some SP length. 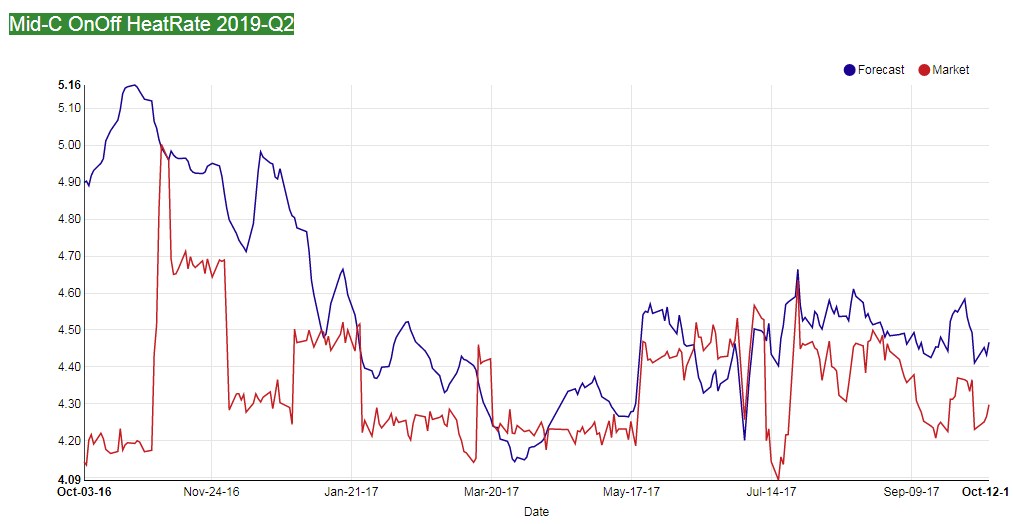 An On|off way out in the curve and given the recent crash, and mini-rally, it might be a good buy given no one knows a thing about 2019.

These are the falling stars, the faded glories of great trades of the past, the dung heap of lost opportunities; but still worthy of a glance. 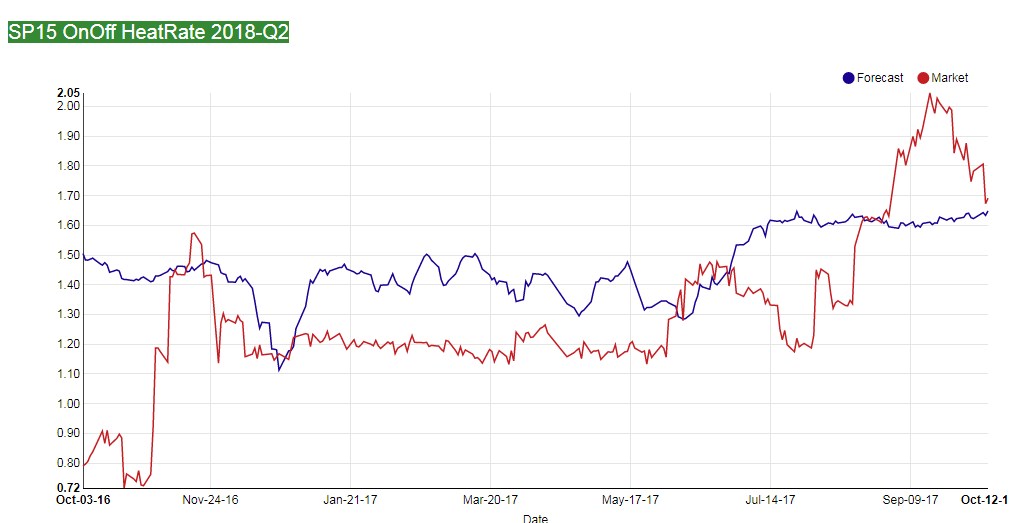 Easy to see why the On|Off is a falling star, this was so stupidly priced a few weeks ago you had to be in a coma not to short it. We flagged it then, and its still interesting if you are one of those gals that subscribe to the “trend is your friend” style of trading. We don’t; we think the trend is your frenemy. 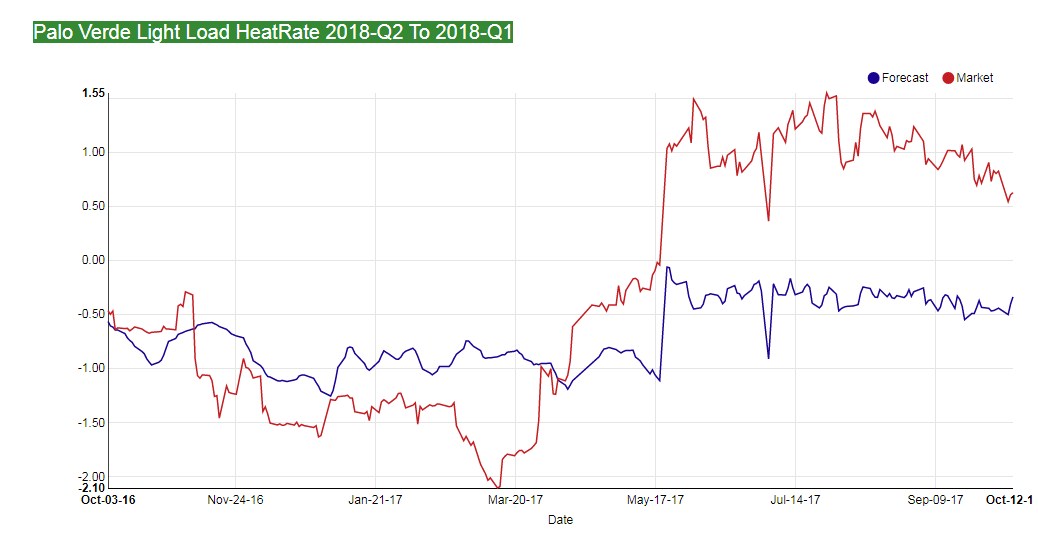 This one is not as dramatic as the on|off, but it does speak to the often prolonged recovery in a fundamental price. The roll has been in steady decline for weeks, and we think it sees further corrections in the weeks to come. 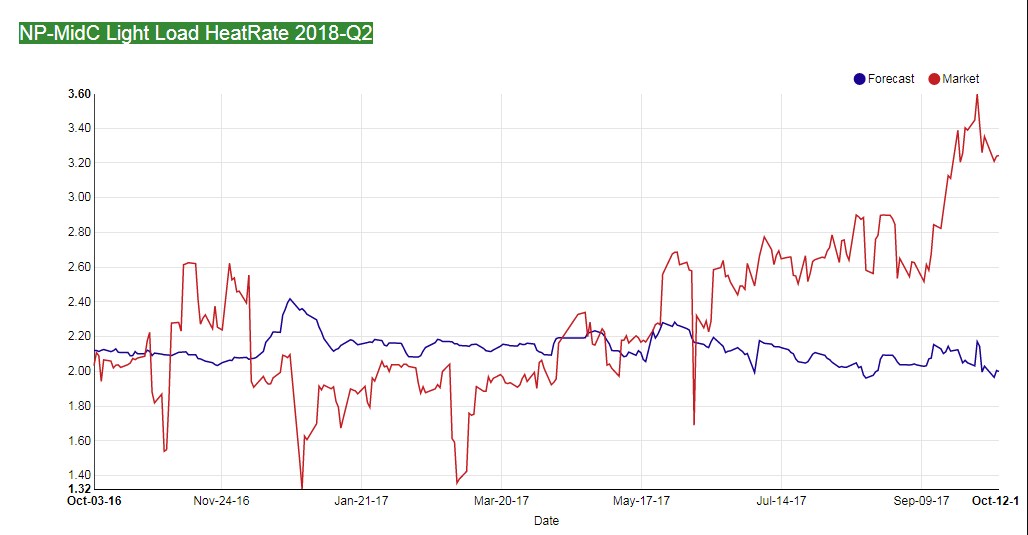 Another amazingly dumb market move that is just beginning to reverse itself; though this trade showed up in our APT – Falling sort, it still has value from the short side given that we’re heading into Winter and MidC will realize some extreme cold; when that happens all spreads will collapse.

Talk’s cheap, how good is APT at calling moves? We publish our backcasts every day, on a rolling thirty-day basis. These results assume no “trading” around the position; you’d have to think anyone with a pulse could earn even more by following the APT actions. In effect, what these backcasts are testing is the % of the time the called action is correct. We know a bum off the street, with a nickel, can be right 50% of the time — that is the benchmark. If you aren’t right 50% of the time on which side to take you probably will be that bum on the street in short order.

The model was right 78% of the time when buying and just 59% when selling. Not surprised, given that the market had rallied through this period. The margins are expressed in kbtu/kwh and are the average for each of the thirty traded days. Again, anyone with a pulse should best those.

Interesting, LL, HL, or the On|Off all performed equally.

The months were right 72% of the time, the Qs 63%. Makes sense, given there is more volatility in months than quarters and are quicker to correct.

MId-C was right a mind-boggling 84% of the time; not a single hub dropped below 50% so APT beat every bum in the universe.

Outrights were right 76% of the time; rolls did the worst, correct just 57%.

The model applies a “sentiment”; this isn’t my view, it is a programmatic and qualitative assessment of the product at a point in time. When the model suggests “Caution – Contract Low” it was right 85% of the time – take that, bum!