Here is a look at today’s highlights.

The gap in heat between the Northwest and Southwest continues to grow as the entire Mid-C is mired in cooler than normal temps.  NP-15 continues to trend warm, though not at the same level we had seen earlier in the week.

Seattle took on fairly large reductions in its forecast for next week, with up to five degrees shaven off by the end of the week.  The forecast now calls for below-normal temps through mid-October, with daily highs falling as low as 56 by the 13th (five degrees below normal).

Portland will also drop well below normal late next week with a high of just 54 — 11 degrees below normal.  The 13th also marks a seven degree decrease from yesterday.  Until then there will be a couple highs above normal — today and the 9th, 72 and 69 respectively.

Spokane minimum temps are forecasting the first below-freezing lows of the season beginning on the 13th and extending into the 14th with a low of 31 for each day.  This drop also marks a 13 degree decrease from yesterday’s forecast for the 14th.

San Jose will be upwards of 11 degrees above normal and should stay elevated until the 13th when highs drop to the low 70’s, bottoming out at 71 on the 13th and 14th.  New 10-year highs could be set over the next three days.

High of 95 today for Burbank as temps reach 13 degrees above normal before falling back to the lower 80s by the end of the weekend.  The cooldown affecting the rest of the West on the 13th and 14th won’t leave Southern California exempt as temps should fall to the 70s, a large difference from yesterday’s forecast.

The deserts show erratic temps with highs in the triple digits over the weekend before eventually falling nearly 20 degrees to the low 80s by next week.

Phoenix looks exempt from next week’s cooldown as temps for the 13th and 14th are higher than today, reaching triple digits once again by the 15th.  Other than a brief flirt below normal on the 9th, Phoenix looks to stay well above average until the third week of October.

Weird Autumn weather in Denver is no surprise, but a 36 degree swing in a single day is still noteworthy.  The 8th is expecting a high of 75, while the 9th is projecting just 39, 30 degrees below normal.  Things will rapidly warm up again as highs reach back into the 70s by the 11th.

Salt Lake won’t have temps in the 30’s like Denver, but highs will fall to the mid-50s, pushing toward 12 degrees below normal by the 7th.  Highs may stay below average for close to a week, though most of next week is trending warmer than yesterday’s forecast. 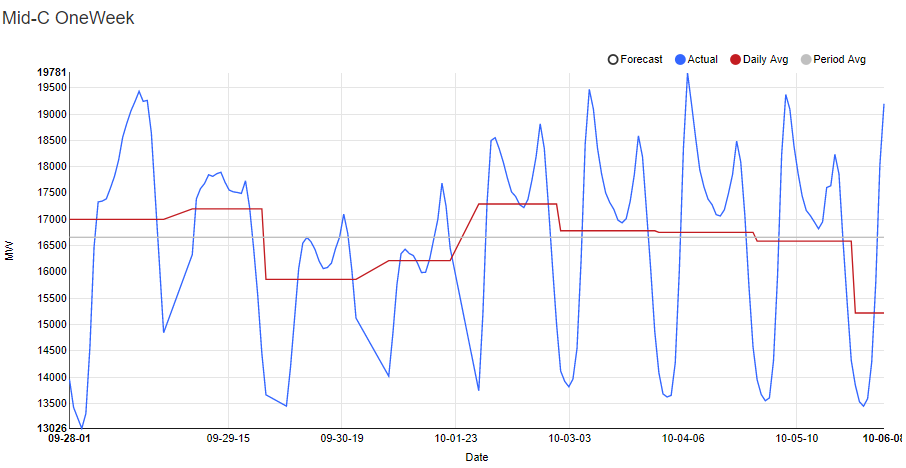 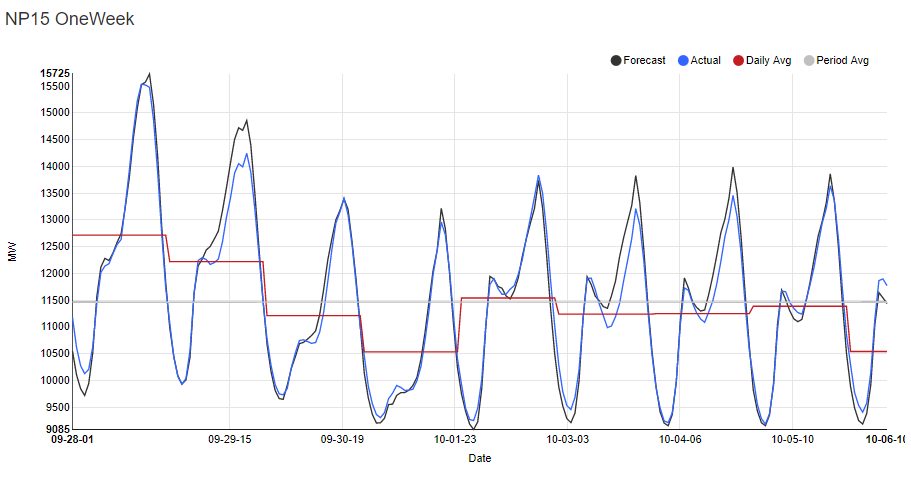 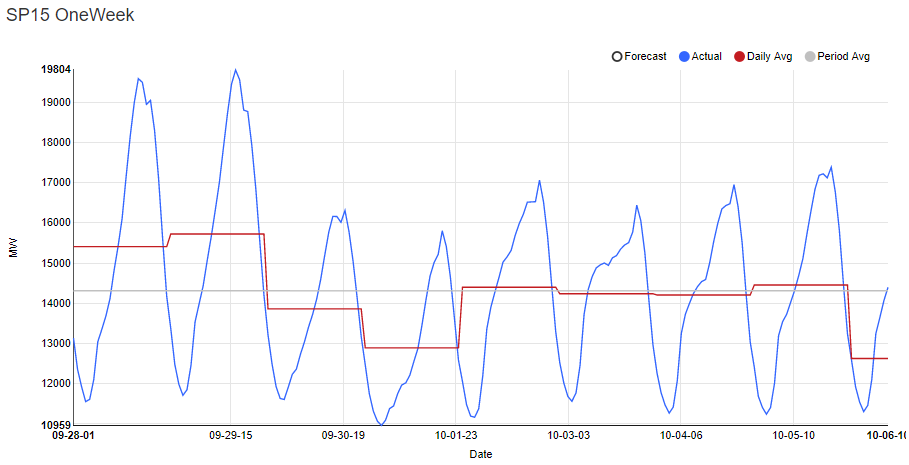 STP fell well behind the 10-Day Forecast beginning on the 8th and extending into the 9th.  Today’s update to the 10-Day includes reductions for much of next week, particularly on the 11th.

Gas outages took a sharp dive over the past two days, settling at 3,943 MW yesterday, down nearly 1,400 MW in two days.  Hydro had a modest increase in the same span of time and in doing so, took over as the top source of outages. 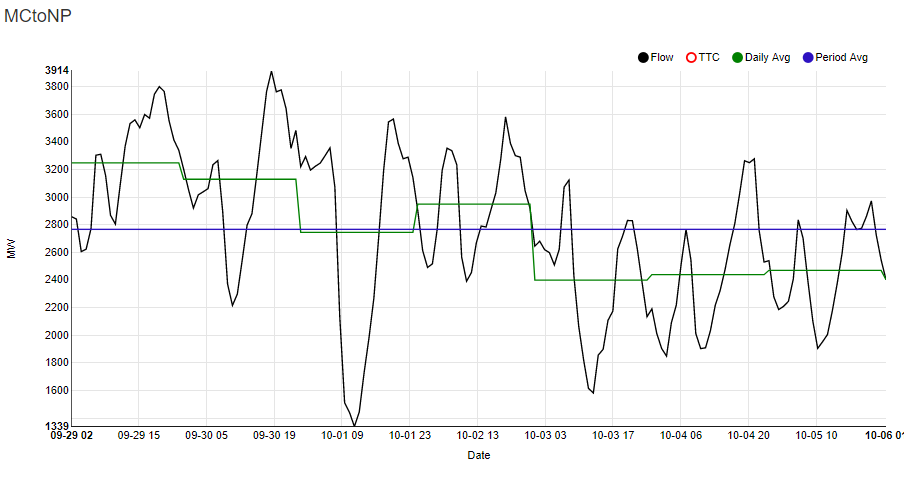 Flows held steady at a lowered average rate of 2,470 MW yesterday, not differing by more than 70 MW over the past three days.  Hourly peaked at just 2,973 MW, 300 MW lower than the day before. 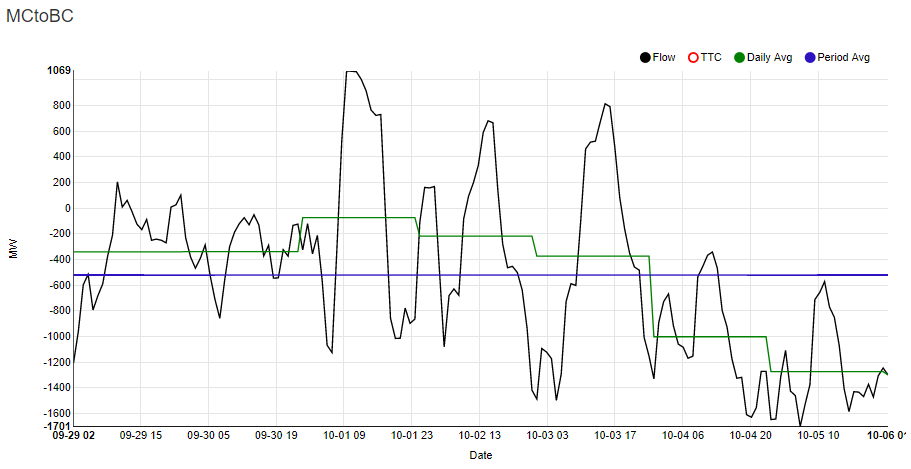