Today we’ll look at some Term trades that caught our eye. We use APT to filter out opportunities. In this first set, we sorted by RANK, then looked for big “WOWs” – week on week changes. Low WOWs probably mean we already reported on the trade in prior posts.

This table summarizes APT sorted on rank, the five trades that follow are circled above. Note that all five have good ranks and relative big WOWs. 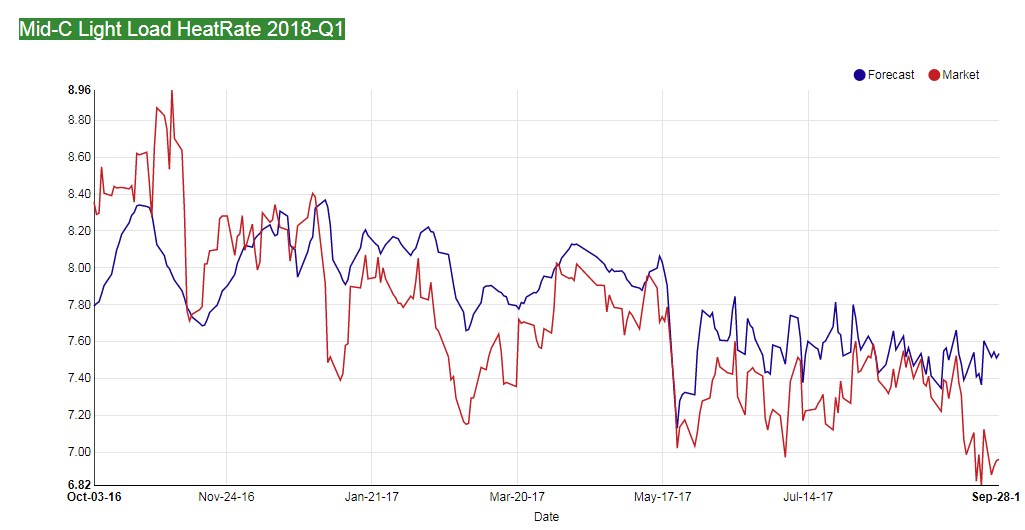 This is interesting, the Q1 LL has just tanked, and we know little, or nothing, about the impending Winter. Much of this selloff must be driven by the hub transitioning out of summer and into the bearish shoulder months – but what’s that have to do with Q1? Sitting at contract lows, we have no choice but to flag this as a BUY. That said, we’re bearish cash at MidC, see normal rains coming, the DC is soon to go to zero, Coulee is almost full, BC has fullish reservoirs – hey, what’s not to like about MidC?  Owning it will make money, now it’s just about timing your trades. 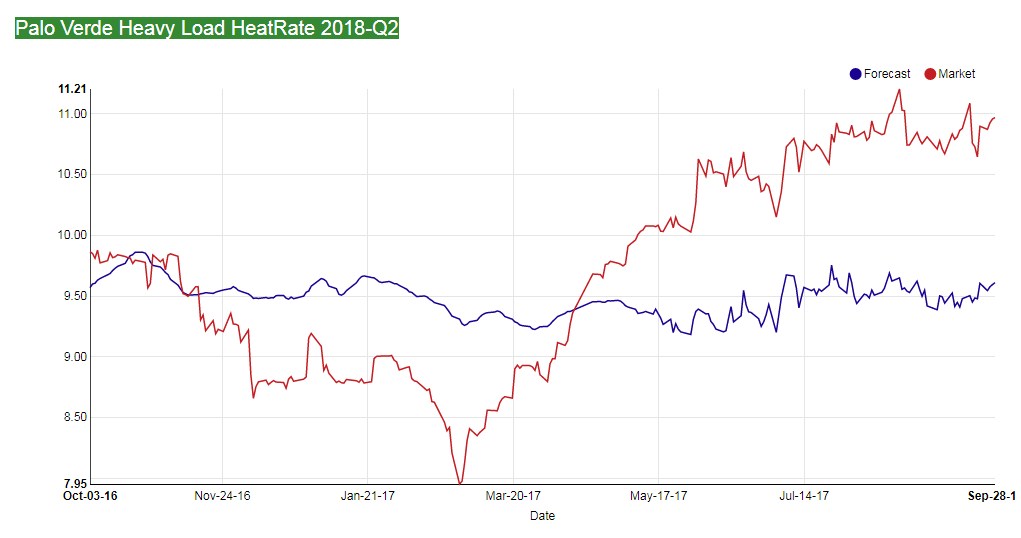 Contract highs, but range-bound. Given that PV has made a serious bearish turn, and will get even weaker in the days to come (as its loads fall away and the adjoining hubs try to jam them with their surplus energy), we like the short. We’d like it more if Phoenix was heading to the 70s, it’s not, the city with the eternal sunshine will be in the high 90s and low 100s for the next ten days. So, no rush on shorting this, but at some time over the next six months, a short is going to feel good. 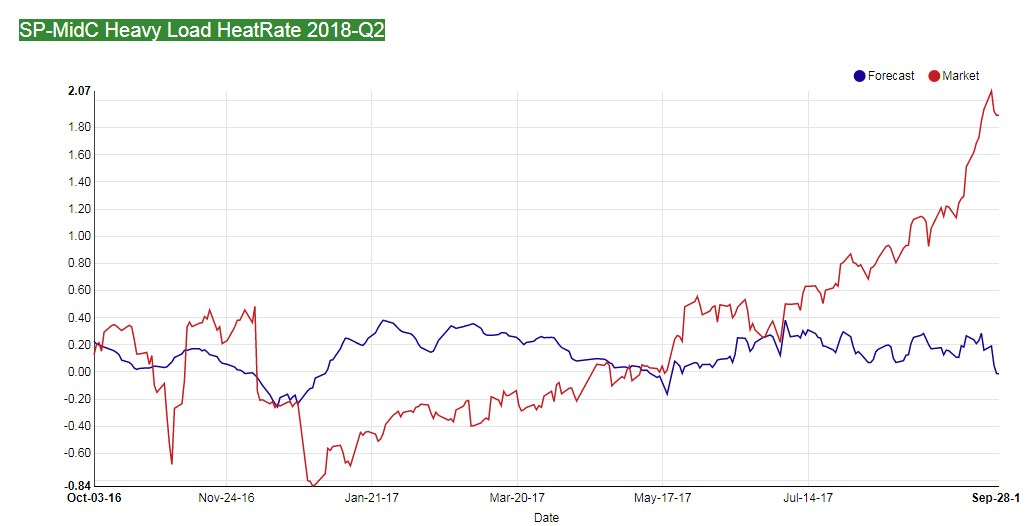 Kind of the same trade as the PV Q2, both SP and PV had blowout tops this last year, and the market wants to believe in Deja Vu all over again. This one is stupid high; yeah we know the line, SP realized a paradigm shift with Aliso and blah blah blah … don’t buy it. SP will have its suck days and by shorting today will make you look like a champ, buying this will make you look like a chump. 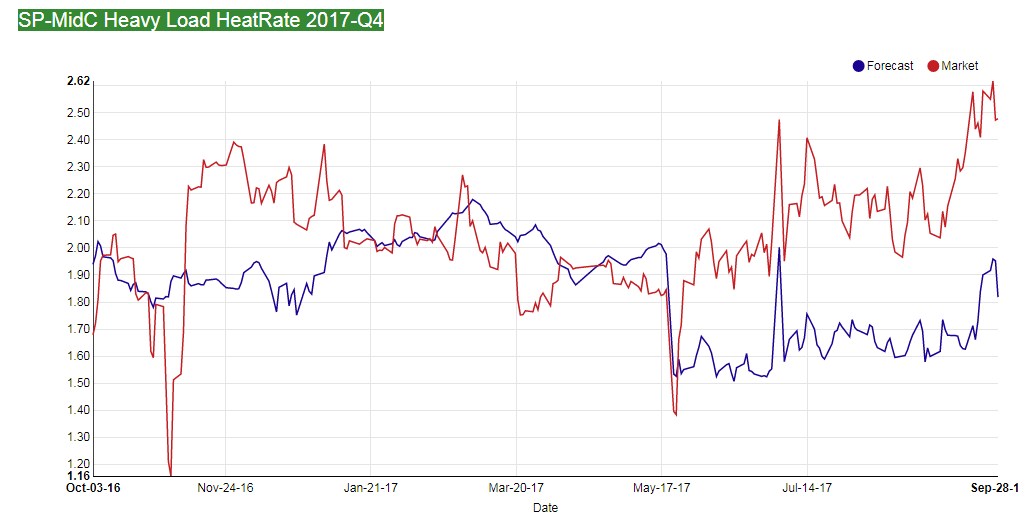 Another SP-MidC, this one is about to expire tomorrow. When all is said and done, it might expire in the money, but if LA gets late heat, like in October,  you could lose it all in just a few spot days. We’d rather short the Q2 and get the extra tenure, but if you like to gamble, short it. 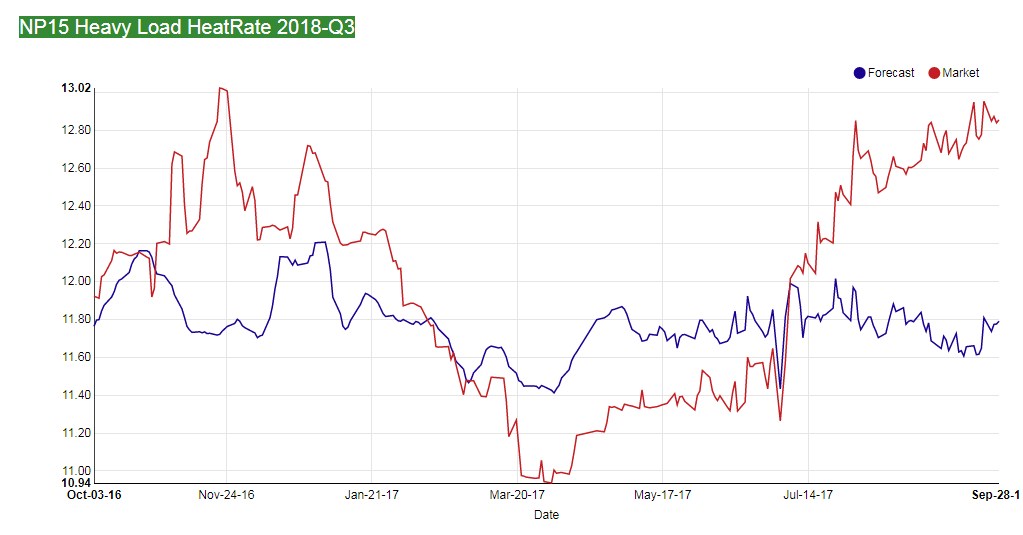 Contract highs, but been there since summer cash exploded. Wait until the Jan-Feb doldrums set in and everyone is looking for something to short to cover their front-end long booboos. This one, the Q3 18, will come back off, but maybe not for a few months.

This next batch of nuggets was culled by sorting on WOW, descending. This puts the biggest moves, what we call “Rising” to the top. We circled three that are interesting because they had huge moves up in ranks and also have relative good ranks. 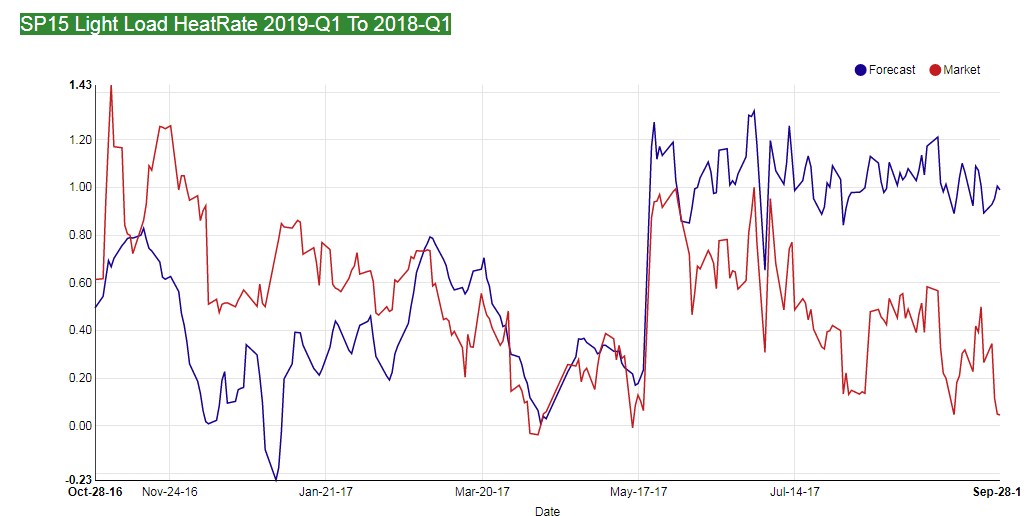 Approaching a contract low, the LL roll is, and you see what happened the last time it did the same, a few weeks back — hard rally up.  The most recent crash corresponds to the mini-cash rally at SP, that is fading, and we’d expect this roll to move up. More of a technical trade than anything else, it’s cheap now, but you won’t make a lot; still, if you want to look busy, buy it. 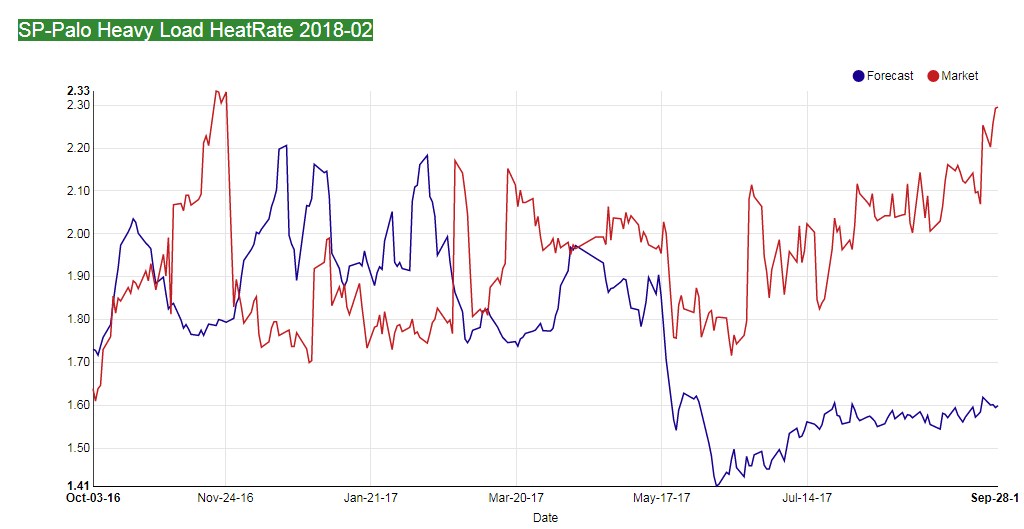 Another of Kim’s Rockets, this spread is soaring to the stars; all driven off of the pseudo cash rally of the last couple of days. That is going to the wayside (the cash rally), and this spread will come back to earth, especially when PHX is 100 and Burbank but 70. We like it from the short side, duh. 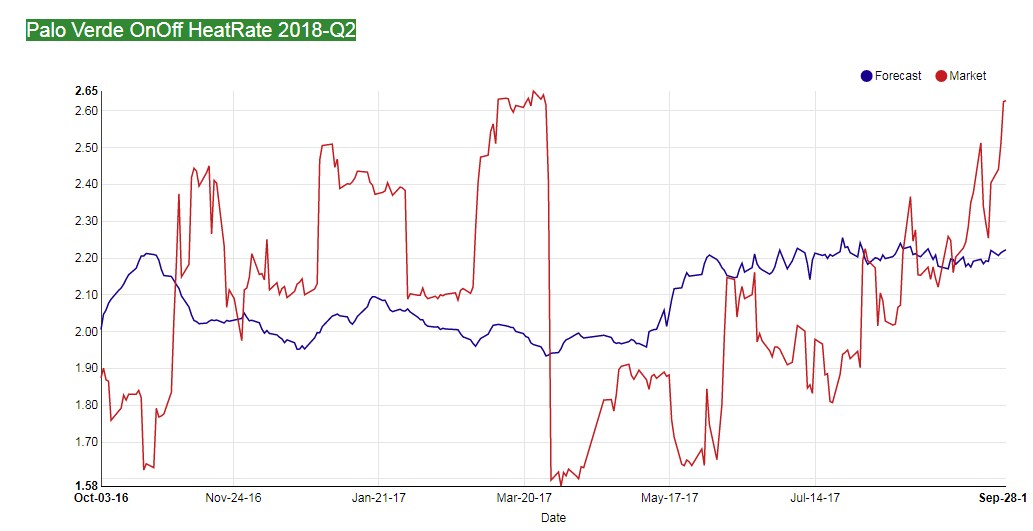 Same thing, rocketing market price for no fundamental reason, aside from the knee-jerk reaction to cash. It’s a short, just not sure today is the day to put it on, not given the extended PV heat.

Like the previous table, this one is sorted off of WOW, but descending. This puts the biggest retracements at the top, and we look to the W1 ranks for our trade ideas. We want to see good week one ranks with big changes. This table finds good liquidations if you still have it on. 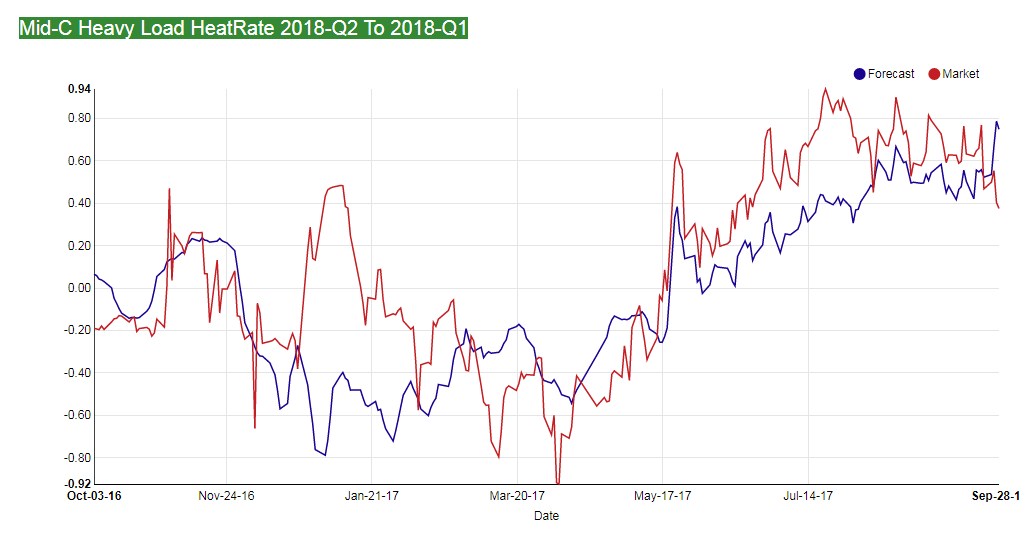 The contract highs are a thing fo the past, the market has sold the roll down beneath the forecast, and where it was an attractive short a week ago, now it is nothing, maybe even a buy. 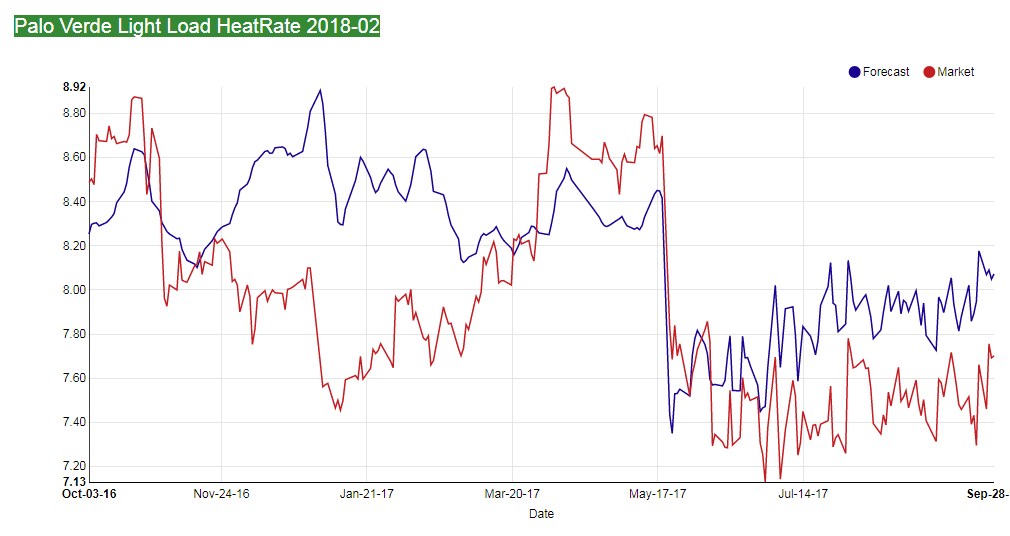 Terrible rank today, but a week ago it was one of the better buys; after rallying hard, it is now nothing, dump it and buy your Ferrari.