Before looking towards the market, we like to take the fundy pulse which can set the tone for what we like, what we don’t 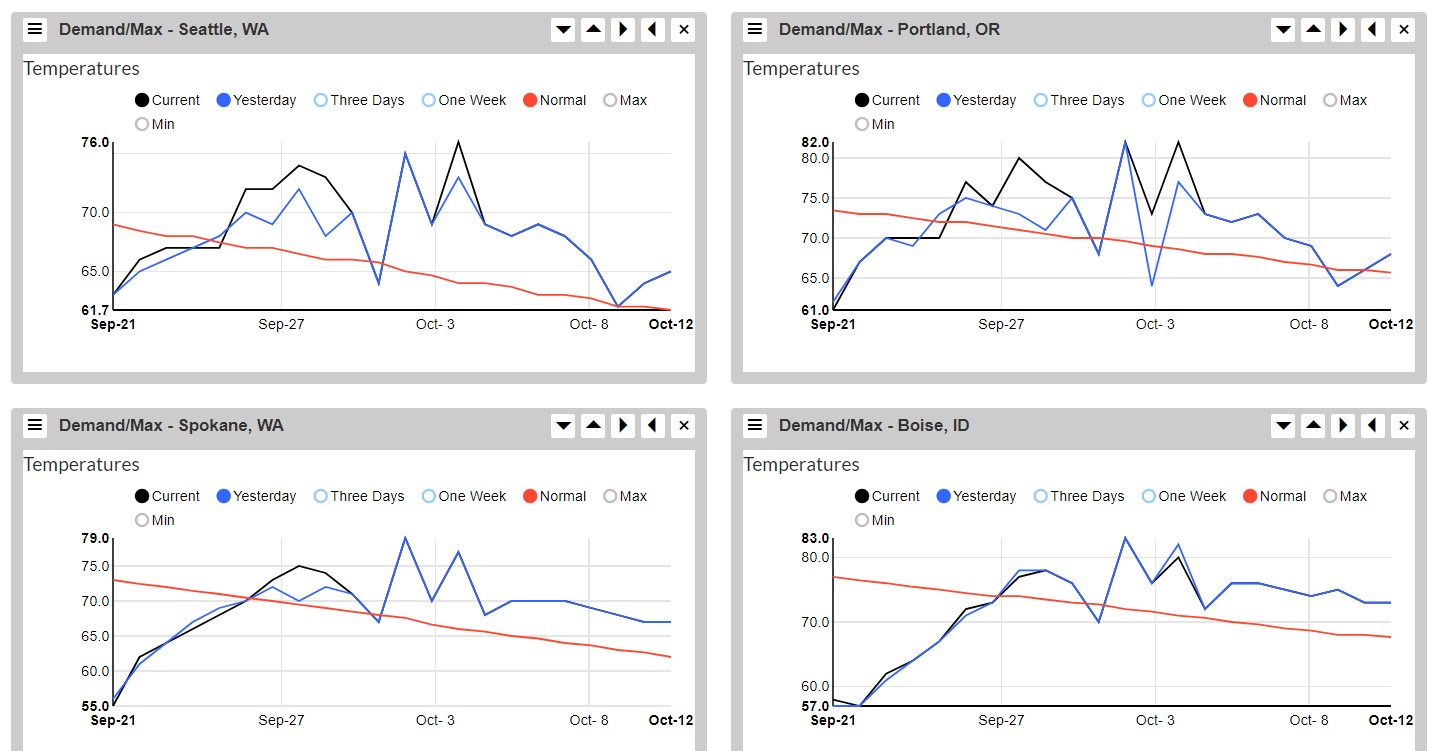 The Northwest temps rally which is as much bearish as bullish; they just aren’t’ warm enough to matter. 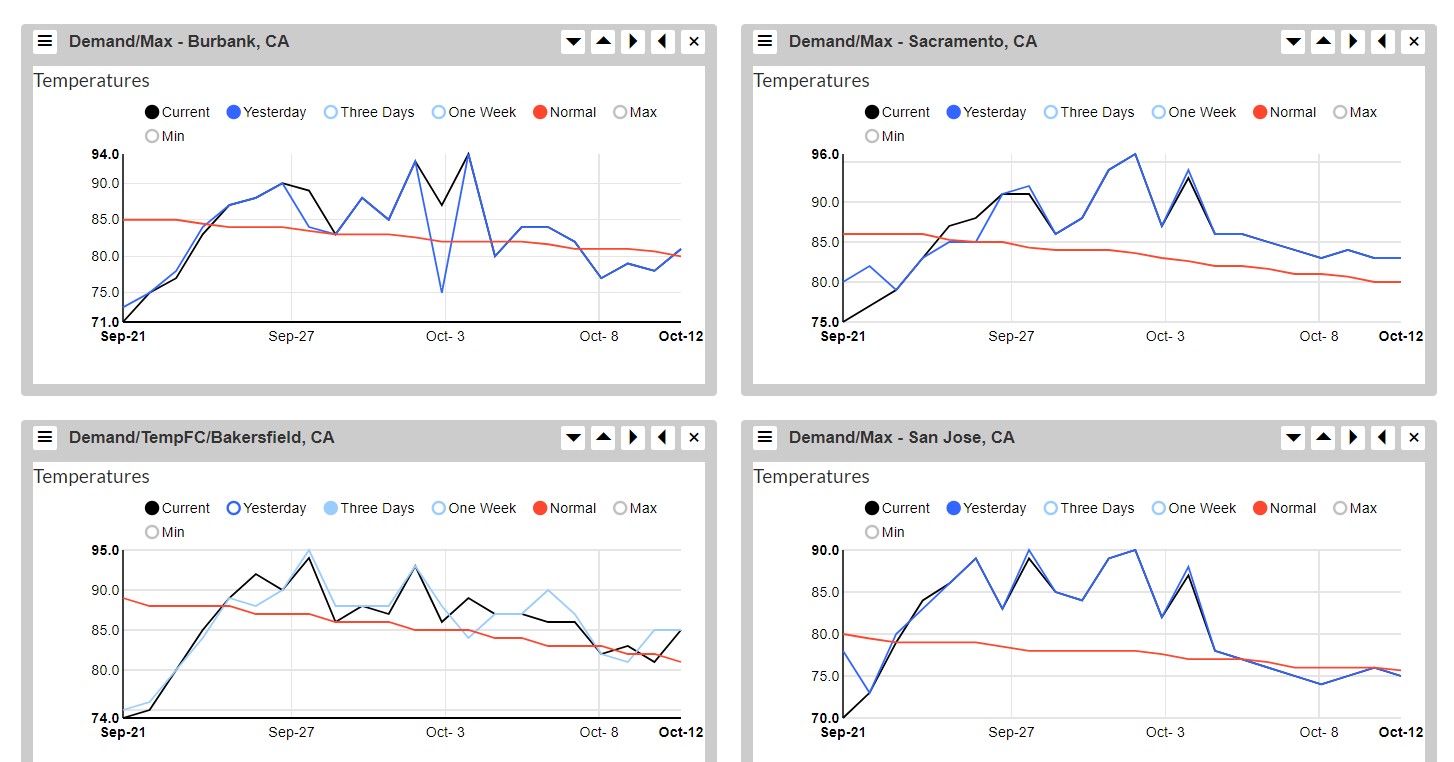 California does the same, except it is hot enough to count; Burbank will return to mid-90s next week and beyond. This forecast isn’t summer highs, but compared to what we’ve seen the last couple of lost days, it is bullish. 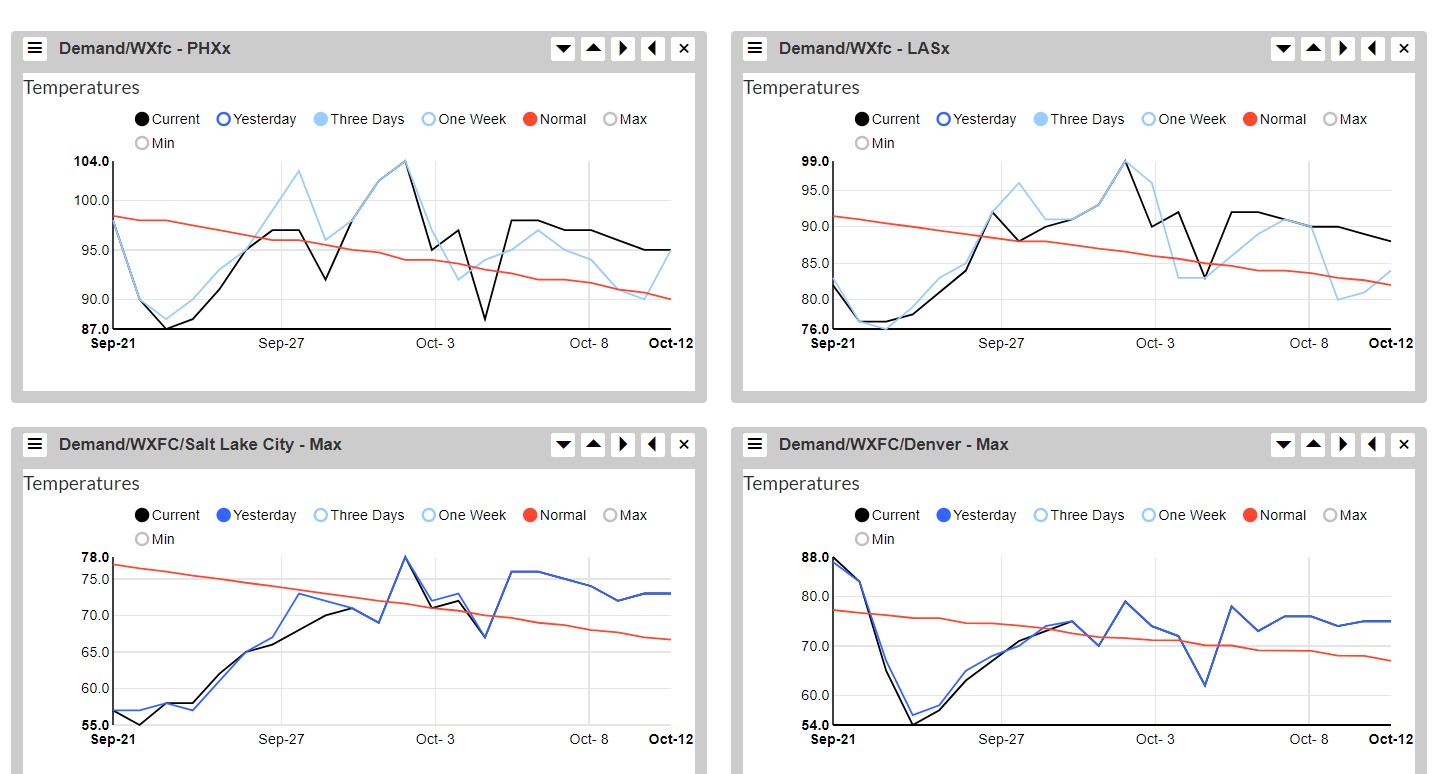 Same with PV, temps return to normal, and if you believe a 10-15 day forecast, they exceed average. Bullish, too. 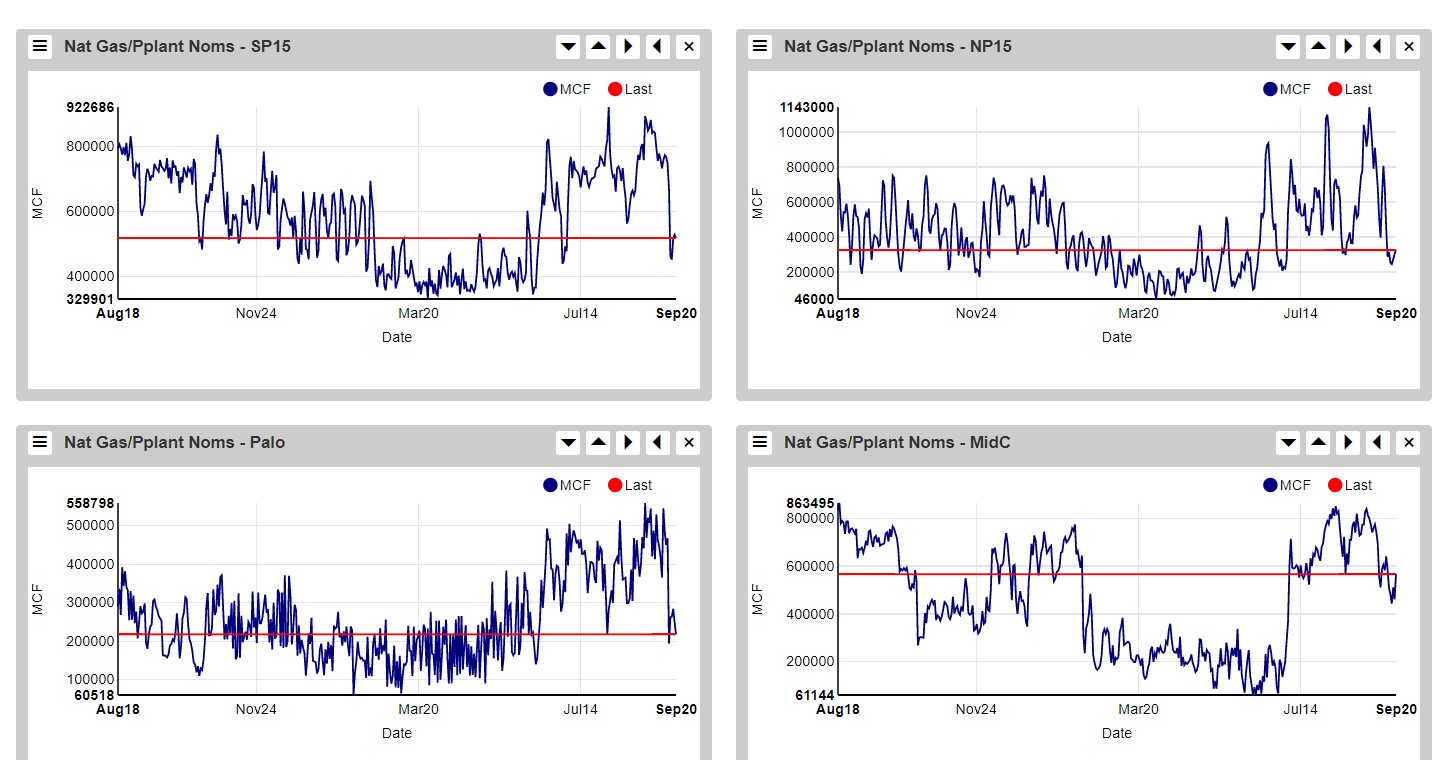 Noms are not bullish anywhere, except the Mid-C, which is tight off of water. Loads matter, but less so in the Northwest because 80% of its capacity is short fuel (water). The other three have seen their gas units drop to shoulder-month levels all of which suggests that this coming heat can easily be met with units not even running today. At best, another 10,000 MW of WECC cooling load might jack heat rates (fundamentally, not hype-wise) a few thousand btus.

So there is the fundy look, and it’s modestly bullish for next week, relative to this week.

The following trades were culled from the APT tool. We picked a few best ranks, a couple of biggest moves rising, and one biggest move falling. 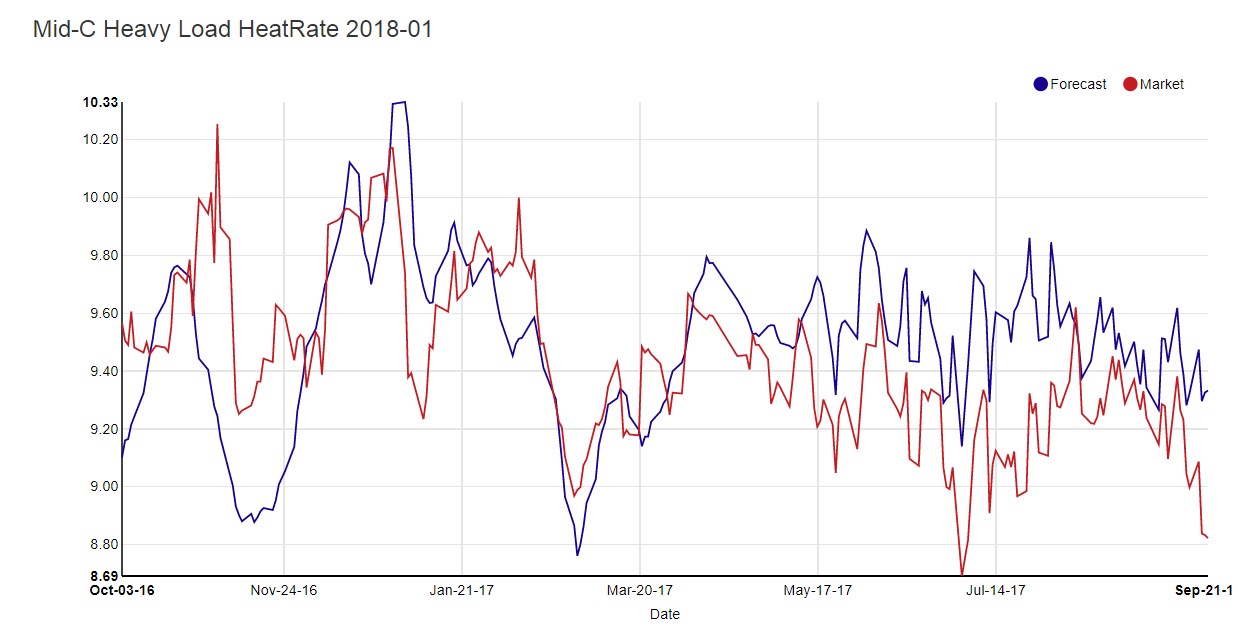 This trade was ranked #3 today (up 106 ranks in a week), and it’s easy to see why. The market has battered the on|off, and now it’s approaching a contract low. Most likely, its a reaction to very tight cash because water is very tight. That too shall pass, when it starts raining, and this spread will rally. We don’t see that rain in the 21-day outlook, so probably time to put this on, maybe at a better price, but doubt it. 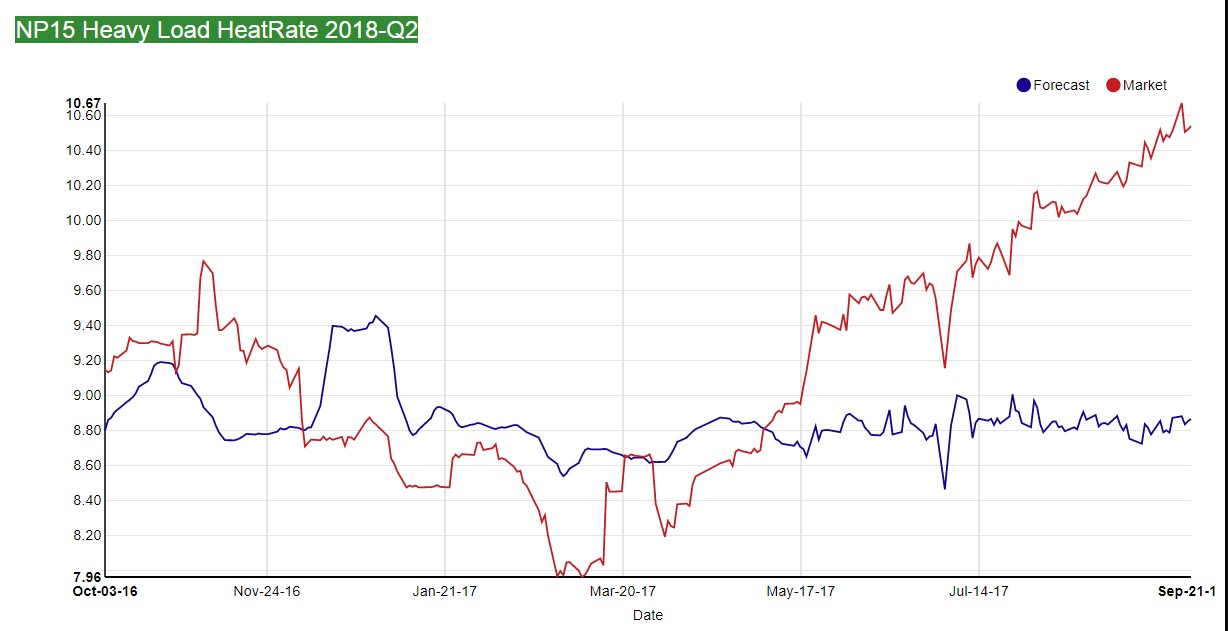 APT wants to short this; the ranks moved up 65 places over the last week. But what a trend, right? All you need is some big CA rain and loads to plummet further, but we don’t see either. Shorting this today would be risky, but its now in the range where owning it would be even riskier. 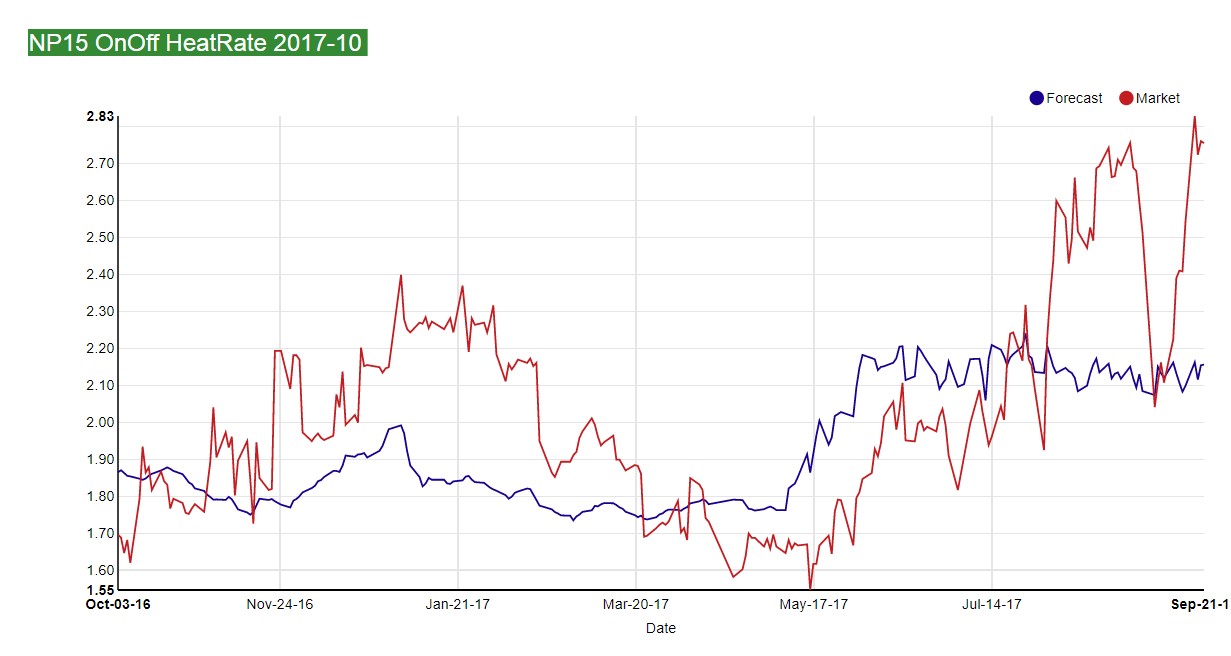 Today’s commentary is supposed to be a “back” post, but we couldn’t resist the Oct On|Off. This one is a freak show for volatility and now is back to the range where you have to short it. 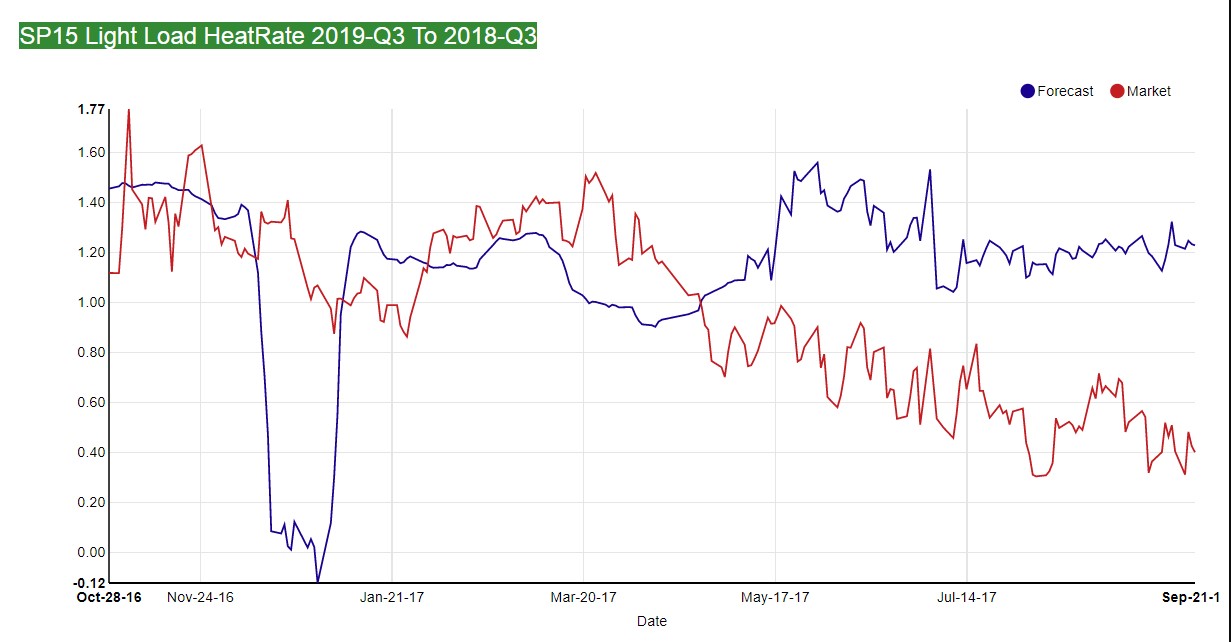 The trade is one of the Biggest moves,; the trade has steadily fallen for really the last year. If SP breaks ugly this year the roll will move back out, but we don’t see that happening (breaking ugly) in the next couple of weeks. 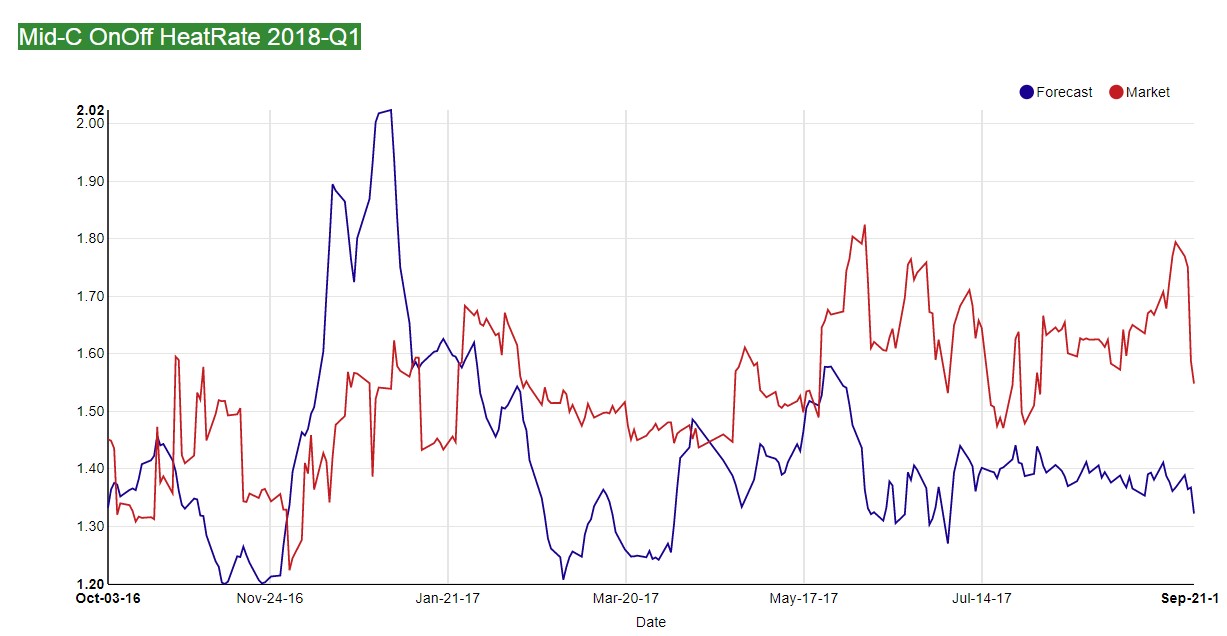 This trade was culled by sorting on WOW, ascending. That puts the biggest rank drops at the top, and this was one of the biggest to fall out of favor. Now it’s cheap and should be considered a potential buy.