SP-15 loads bounced back from the weekend with a high of 23,136 MW yesterday, nearly unchanged week-on-week with a decrease in demand of just 21 MW.  Light Load was lower than last week however, enough so that the daily average dropped nearly 400 MW week-on-week.

Mid-C is cooling down, and that’s reflected in demand as loads have dropped 1,763 MW from their peak on the 3rd.  Loads are mostly unchanged week-on-week with a difference of just 37 MW, though demand remains elevated compared to last year with a more than 2,000 MW increase.

Demand in NP increased coming out of the weekend, but is a far cry from where load peaked at last week with a decrease of around 1,800 MW week-on-week.  Daily average is down 1,000 MW week-on-week as well.

It’s still early in August, but some of these numbers are impressive.  Portland leads the way with the largest anomaly at 143% of normal, but the rest of the Northwest isn’t far behind.  San Jose more than doubled its normal degree day figures at 139%, while just five stations reported lower than normal degree days.

Relief is finally on the horizon for Seattle as temps are set to drop below normal by the 13th at 72 degrees (five degrees below normal).  Until then, daily highs should stay in the 80s and even touch 90 once again on the 10th.  The rest of the month is mostly forecasted below normal.

Portland will eventually drop below normal too, but it’s going to take a couple days longer than Seattle — potentially even more if the 14th gains another degree.  Until then, Portland is forecasted in the upper 90’s for the 9th and 10th, both setting new 10-year highs.

Spokane is set to stay above normal for much longer than Portland and Seattle, and saw its forecast elevated compared to yesterday’s by as much as two degrees on the 11th (with a high of 98).  Temps are forecasted to return to normal by the middle of next week.

Burbank’s next warm up on the 14th was reduced by 9 degrees, now sitting on the normal line instead.  This cooling trend is expected to continue into the 15th where the daily high should reach just 81, seven degrees below normal.

There is a cool down in Sacramento to note as well.  The 13th is forecasted to hit triple digits, but temps should rapidly fall thereafter with the 14th showing 85 — six degrees below normal, and 16 degrees lower than just the day before.

Cool Denver weather persists as the most recent forecasts doesn’t call for above normal temps until the 17th.  This marks a sharp change from yesterday where the 15th was expected to reach 94, but now forecasts just 87.

Other than a brief stint above normal on the 4th, Denver has had consistently below-normal daily highs since the 29th.  This was accentuated yesterday with a high that came in 19 degrees below normal. 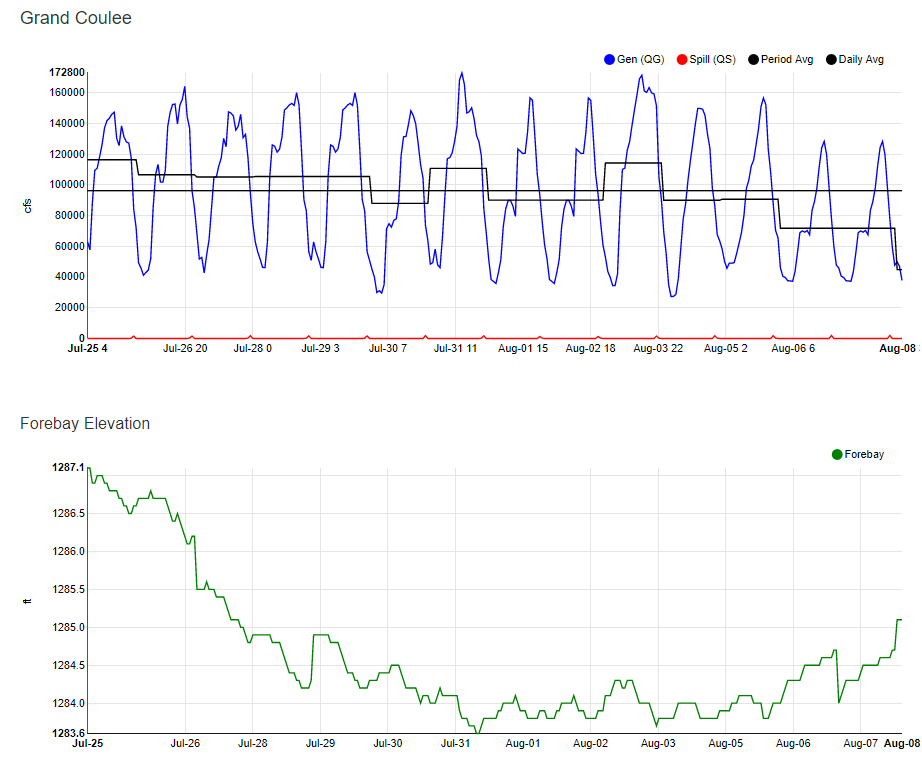 Grand Coulee’s average daily generation dropped to its lowest level in more than two weeks at 71,762 — down from 90,633 on Saturday.  Meanwhile, the forebay elevation managed to gain a couple feet — rising to 1285 as of this morning.

Mid-C hit its peak demand on the 4th at 1291 MMCF, the highest point since late March. 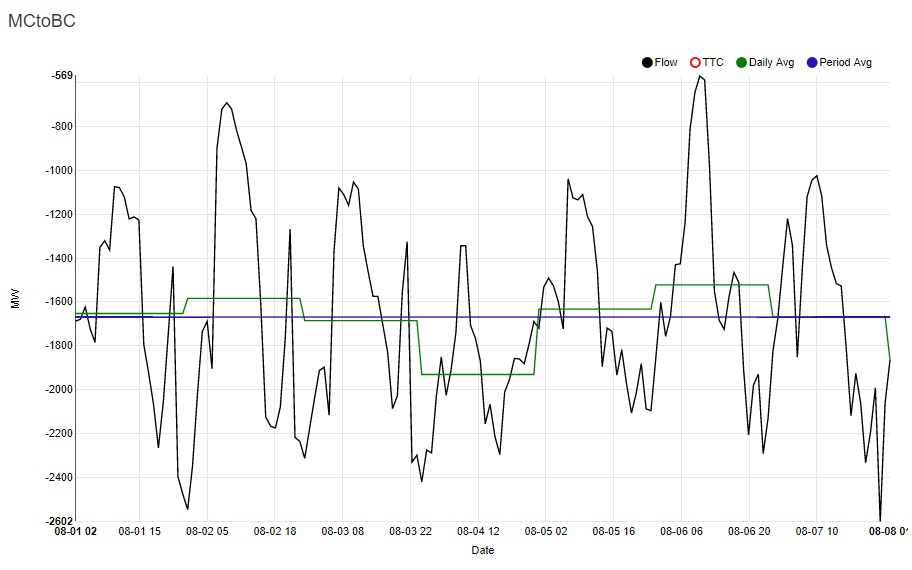 The heavy heat wave in Mid-C drew in imports as expected, especially on the 4th which saw a daily average of 1931 MW.  The average has since come off a bit, 1668 MW as of yesterday.  Imports saw their slowest hour on Sunday morning with just 569 MW — compare that to last night’s imports at 2602 MW. 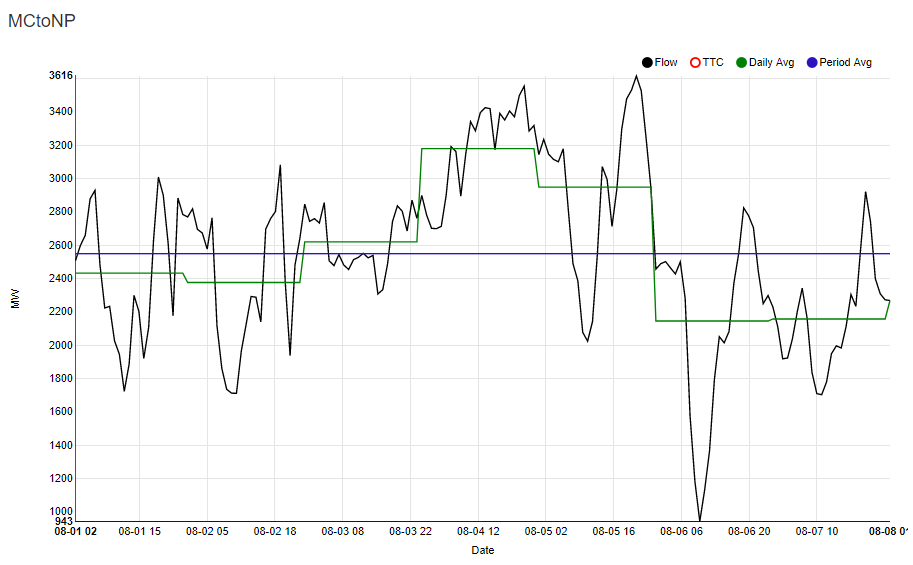 The 4th also saw exports from Mid-C to NP-15 reach a high point in terms of daily average with 3180 MW.  It’s been a quick decline from that high-watermark as the daily average over the last two days settled near 2150 MW.