With Libby remaining as one of the last reservoirs that’s still rising, let’s take a look at where exactly it lies it terms of a normal year.  At 2,446.3, Libby is three feet above the 10-year minimum, four feet below average (though that delta is quickly shrinking), and 13.5 feet below the 10-year max. 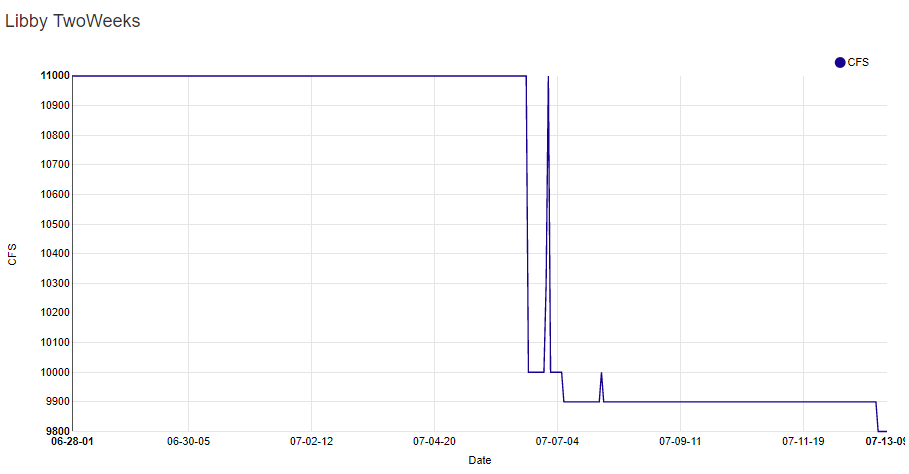 Though, the realtime hydro chart suggest the fill is slowing down as flows have dropped 10% week-on-week.

SP-15 loads moved nearly 600 MW week-on-week, though remain down more than 2,000 MW from peak demand on the 7th.  The daily average is 800 MW higher than the two-week average, largely thanks to lowered demand from two weeks ago.

Spokane’s forecast plummets from the high 90’s back to normal (mid-80’s) from today to the weekend before bouncing back into the upper 90’s and new 10-year highs.  The forecast peaks at 97, ten degrees above normal.  There is just one day in July forecasting below normal, and it is so far out (28th), that you shouldn’t count on it holding true.

Seattle is basically the opposite as cooler-than-normal highs should stay in the area through the 20th.  The 18th and 19th are now forecasting in the low 70’s, up to 7 degrees cooler than yesterday’s forecast.  There is potential for a foray back into the 80s by the end of next week, but no serious heat (for Seattle) until the end of the month.

San Jose dropped four to six degrees moving into the early part of next week, and making another trip below normal in the process.  No 90 degree days in the forecast other than a small blip on the 29th (which is a considerable increase from yesterday’s forecast).

In a big change from yesterday, the Phoenix forecast dropped 8 degrees on the 17th, pushing the high just 3 degrees above double digits, and four degrees below normal.  From there, the trend looks cooler through the month and stays mostly below normal until August.

Gas Demand in Mid-C his increased 250 MMCF since the 4th, though down 70 MMCF from its high on the 9th.

Solar generation reached 5,925 MW yesterday, the second highest total for the week, and an increase of 400 MW day-over-day. 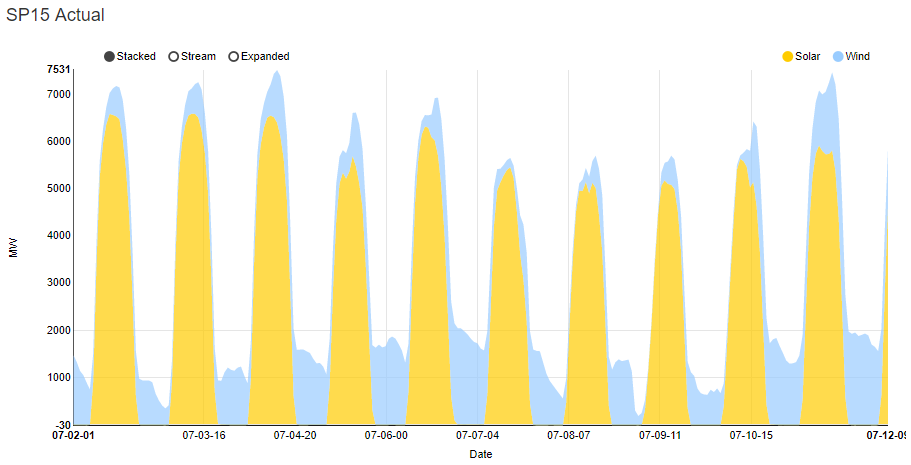 Add in SP-15 wind and the renewable generation in total increased nearly 1,400 MW in total day-over-day. 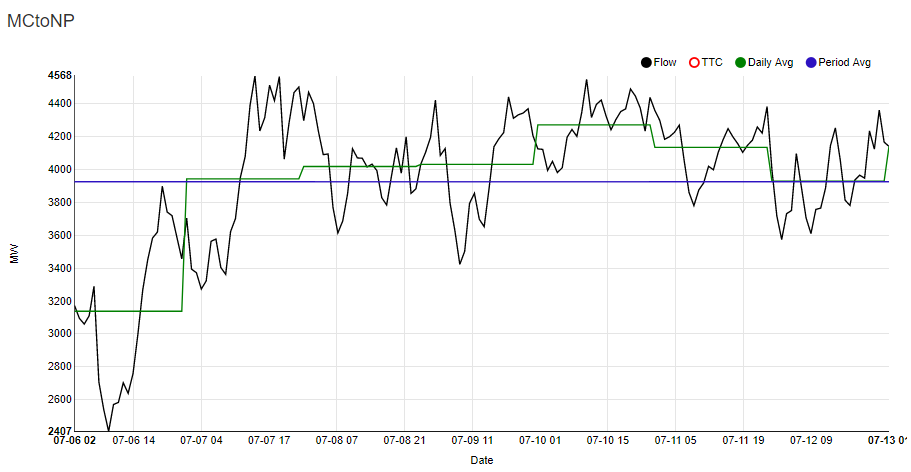 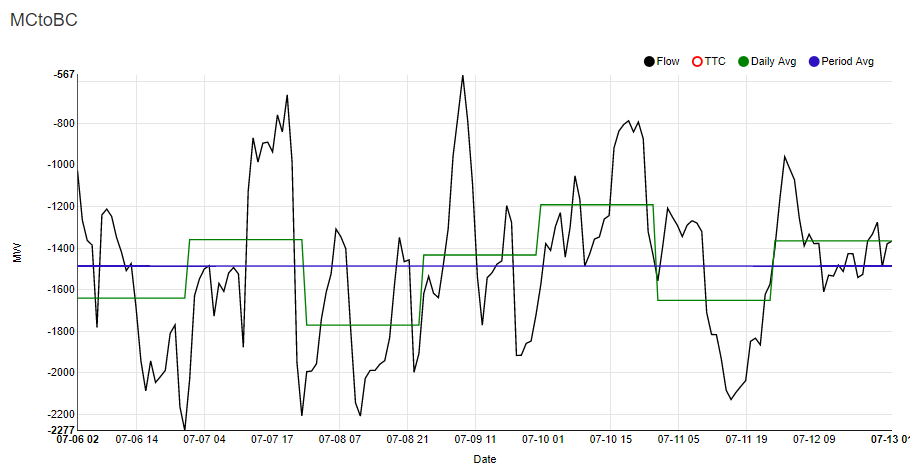 Southward flow continues with no end in sight as flow peaked at 960 MW yesterday just after bottoming out at -2128 MW hours before.  Yesterday’s daily average did manage a 120 MW increase over the weekly average.