The largest weekly change in elevation took place in Libby (6 foot drop), Dworshak (5 foot drop), and Grand Coulee and Hungry Horse with a decrease in elevation of four feet for each.  McNary, John Day, and Bonneville were the only dams with an increase — all with one foot.

Grand Coulee continues its sharp decline beginning on March 19th and currently sits at 1244 ft.  This is nine feet lower than the same date in both 2016 and 2015, and seven feet below 2014. 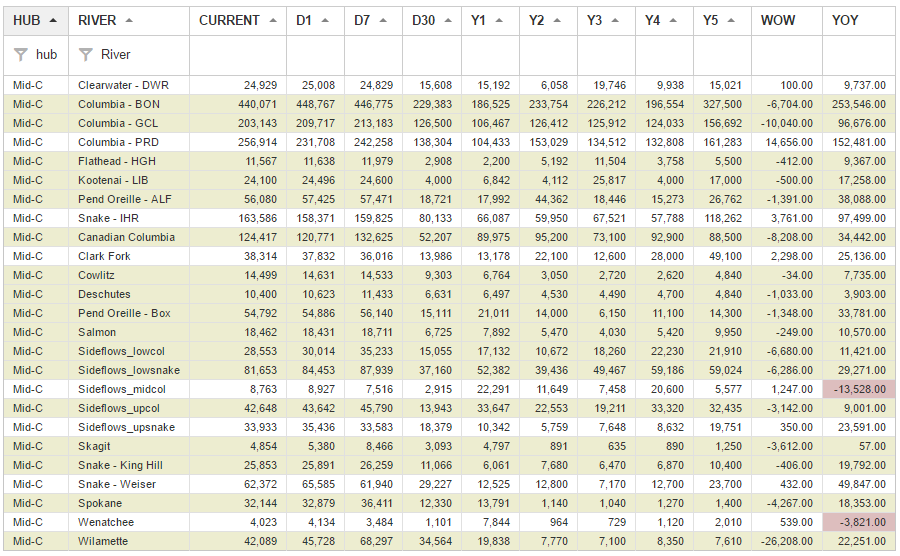 Most Mid-C rivers have slowed down week-over-week, especially in the Upper-Columbia, the Willamette, and the Spokane River.  Clark Fork, Snake at IHR, and Wenatchee are notable exceptions, all showing weekly increases.  Annually, all rivers are flowing much faster with just the Mid-Col Sideflows and the Wenatchee showing lower year-on-year CFS.

The Mid-Col Sideflow stream melt was well underway last year at this time coming in at over 22,000 CFS, a difference of more than 13,000 CFS.

Similar graph for the Wenatchee which is also down year-over-year.  In both cases the run off was typically further along by the first week in April. 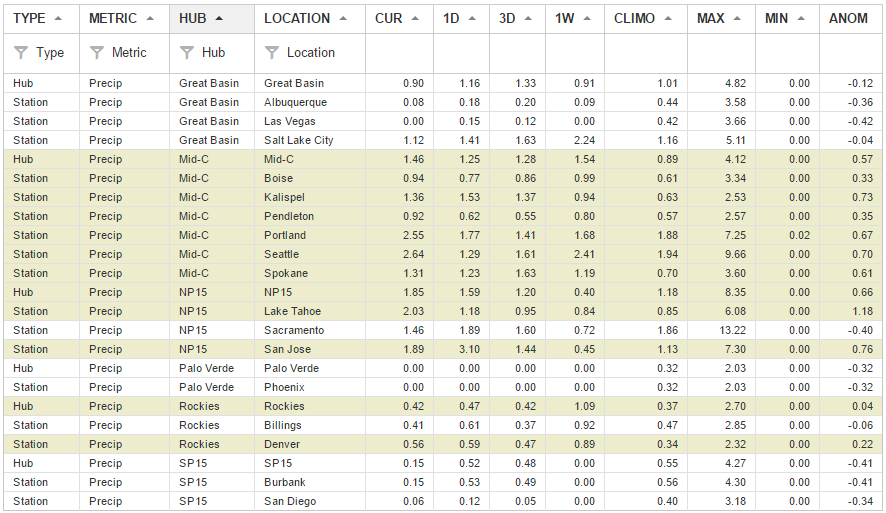 Looks to be fairly wet in Mid-C over the next ten days as every measured city is forecasting more than normal precipitation.  Portland, Seattle, and Spokane should all reach more than 0.6″ above normal.  NP-15 will also be mostly wet with Lake Tahoe showing more than 1″ of precip, and San Jose near 0.75″.

The 10-Day River Forecast is showing increases compared to yesterday for each of the next ten days.  The ten day high is expected on the 7th at 27,951 MW with small decreases on each of the following days.

Mid-C week-over-week loads jumped 684 MW yesterday thanks to an early morning spike in demand, which marked the highest loads since March 20th.  Year-over-year demand remains elevated from last year as yesterday finished with a peak of more than 3,454 MW higher than 2016.

SP15 demand is mostly unchanged week-over-week with a difference of just 34 MW.  Unlike Mid-C however, year-over-year loads were down yesterday to the tune of 1,052 MW. 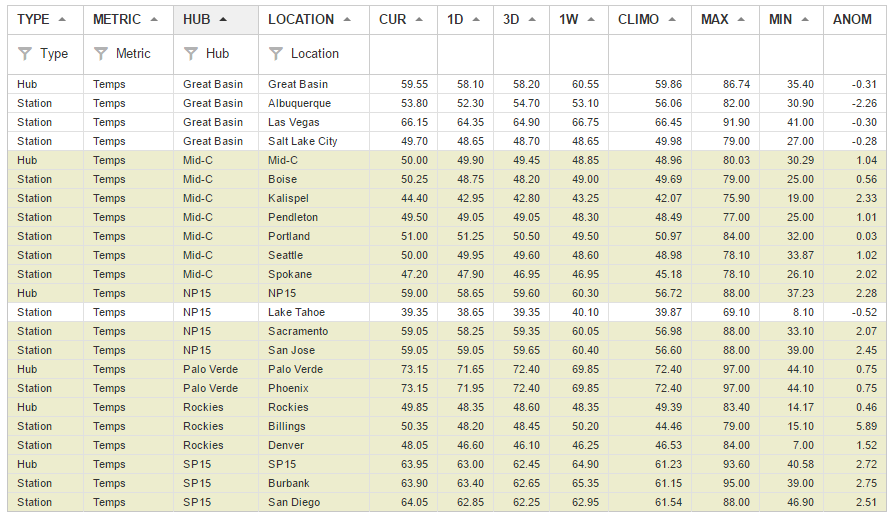 The West is looking warmer than normal everywhere but the Great Basin and Lake Tahoe.  Billings has the largest anomaly at 5.89 degrees, while San Jose and most of Southern California should come in at more than 2.5 degrees above normal average temperatures.

Tomorrow marks a day of transition in Burbank as the daily high could set a 10-year record at 83 degrees, though temps will quickly begin to fall thereafter.  By the 8th, the daily high is forecasted at 64, 8 degrees below normal.   Despite max temps staying below normal for nearly a week, the daily low will stay above normal, giving us the aggregate temp above average noted earlier. 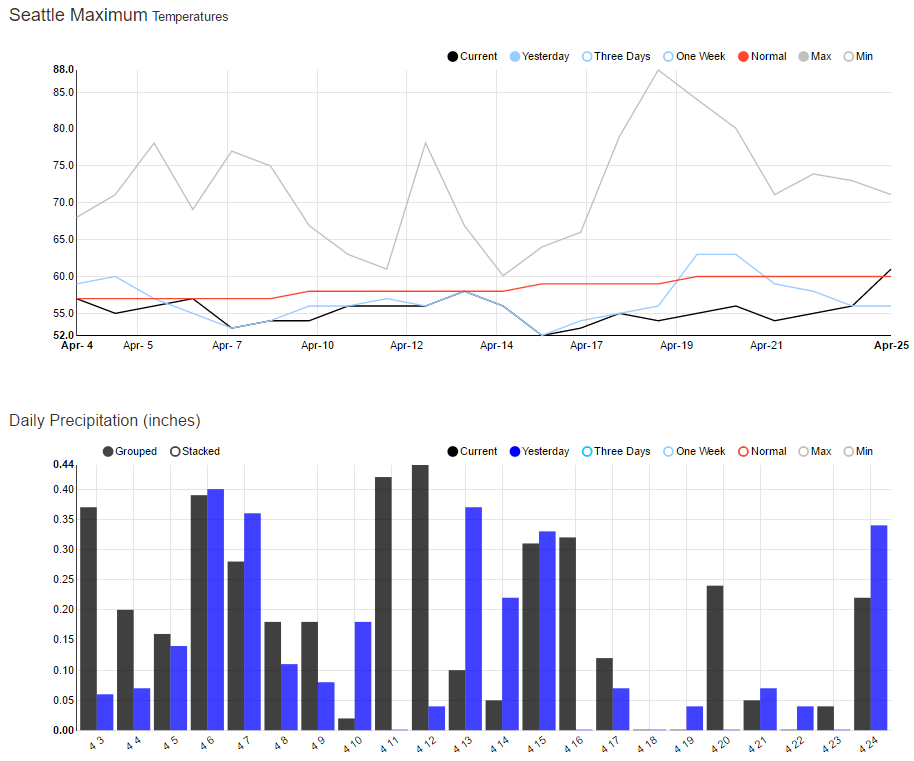 Wet and mild in the northwest as max daily temps will hover within a couple degrees of normal, but precipitation should be steady and fairly heavy for the foreseeable future.  Forecasts suggest measureable precipitation for each of the next 14 days, with the heaviest days above 0.3″.

Gas outages have rocketed over the past week having jumped from 2476 MW on March 30th to 6583 MW today.  The current gas outages mark the highest levels in at least six month.  Hydro has seen half of its outages return online over the past week sitting at 320 MW, while solar increased from 0 to 259 MW.