Grand Coulee continues to level off having only dropped 2 percentage points in the last ten days compared to 11 in the ten before last.  Though most of the change occurred in the last two days as the reservoir currently sits at 53%.

Grand Coulee reservoir is aligned historically with both 2016 and 2015, and is considerably lower than 2014 which sat at 68%.

The most dramatic day-over-day changes took place with the Columbia at Bonneville (32,804 CFS increase) and the Salmon River (736 CFS increase).  In a change from earlier this week, both the Spokane (410 CFS) and Snake at Weiser (88 CFS) declined day-over-day.

Mid-C loads are up 480 MW week-over-week, and continue to mirror last year’s demand as the difference was just 108 MW at its peak yesterday, though 2017 light load finished a bit higher with a difference of nearly 900 MW. 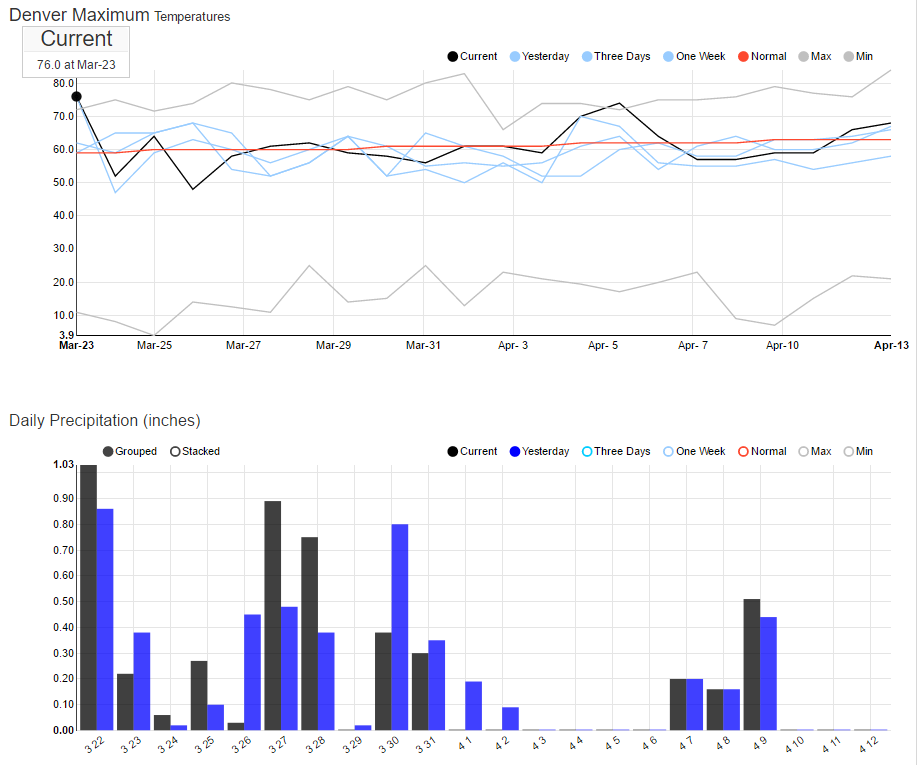 Denver keeps showing up with notable weather and today is no exception.  Though temperatures vary from normal by just a few degrees, heavy precipitation is looming on the region with more than 0.75″ today, and depending on the overnight lows, could bring up to 6″ of snow tomorrow.  Next week should start of with more heavy precipitation as well as both Monday and Tuesday forecast over 0.5″. 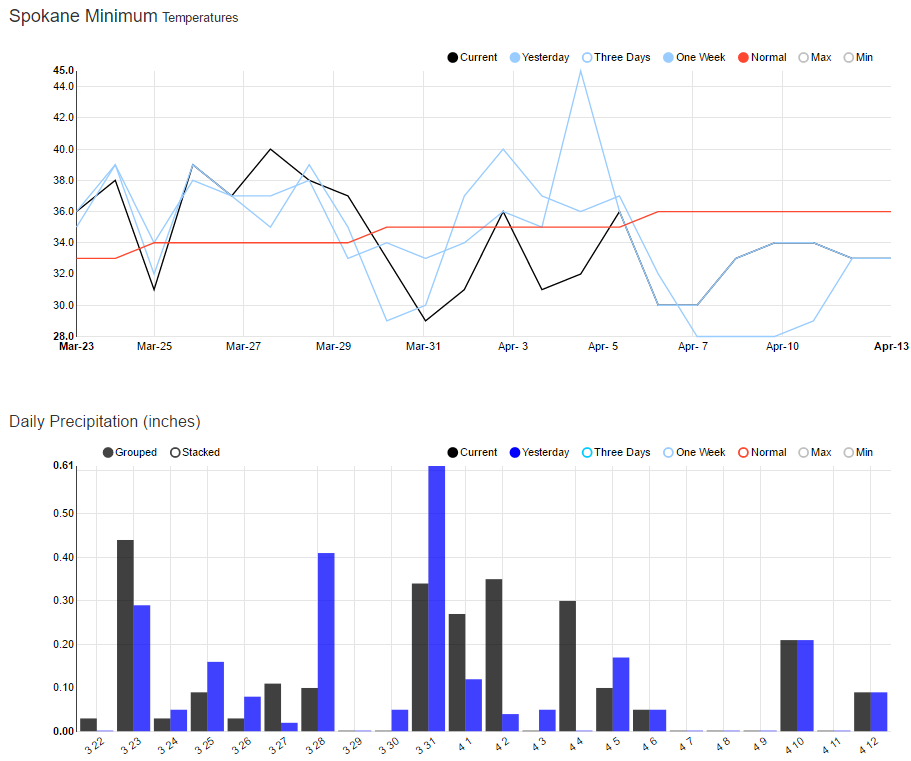 Spokane minimum temps won’t stray too far off normal with a max difference of six degrees coming early next week.  Most notable in this forecast is the heavy rain expected today and steady precipitation though the 28th.  As noted earlier, the Spokane River showed signs of slowing down, but with forecasted rain and above normal temps, the slowdown might be accentuated.

Palo Verde checks in as the only hub forecasting below-normal average temperatures over the next 10 days (-4.21 degrees).  Rockies are still warm with a forecasted +2.71 degrees, while the rest of the hubs are straddling normal with the largest variation from normal at just 1.57 degrees (Mid-C).

A couple small changes in outages since the last update as 285 MW of gas returned online in addition to 119 MW of solar.  Alternatively, 135 MW of hydro has been added to the outage totals.

Mid-C wind hasn’t shown much action over the past several days with a high of just 722 MW since the 19th.  That could change though as winds are forecasting to pick up moving into next week, especially the 25th. 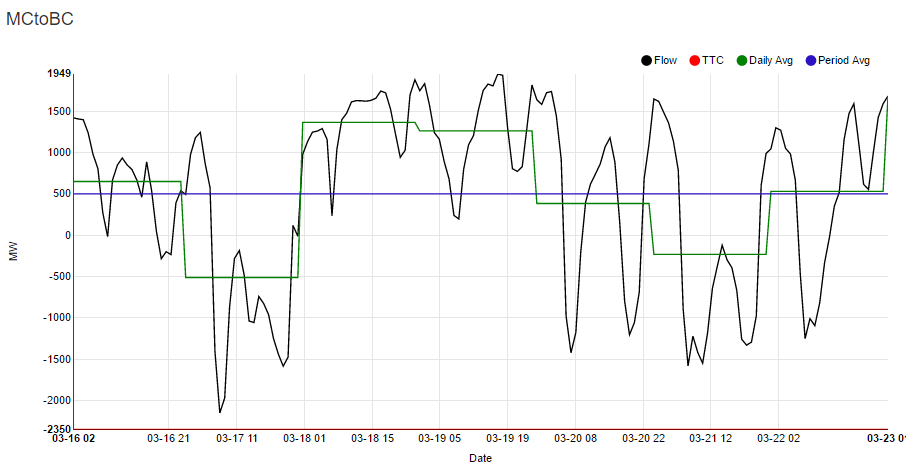 While TTC has held steady in MC-BC, flow has moved both north and south over the past few days.  The daily average marked a weekly low on the 17th at -512 MW, and again finished below on the 21st at -211 MW before finishing yesterday at 529 MW.  The average for the last seven days is currently at 499 MW.