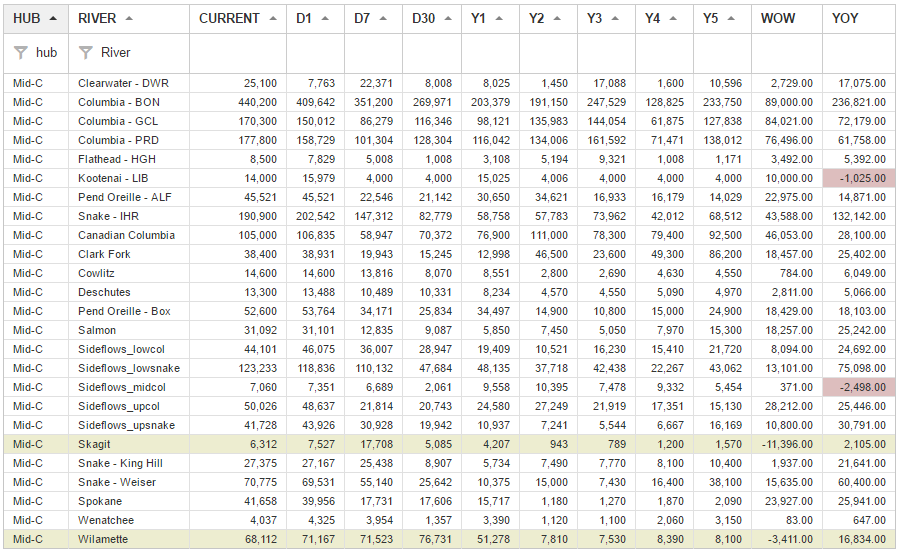 With significant mid-level melt in Mid-C, we’ll keep a daily eye on river flow throughout the Northwest.  While most rivers remain up week-over-week, the majority are down day-over-day.  The exception to that are the three Columbia stations as well as the Snake, and the Spokane rivers.

The Spokane River hasn’t shown much of a slowdown since a slight change in slope on the 18th.  The river has increased flows 135% in a week, and 4.2% day-over-day. 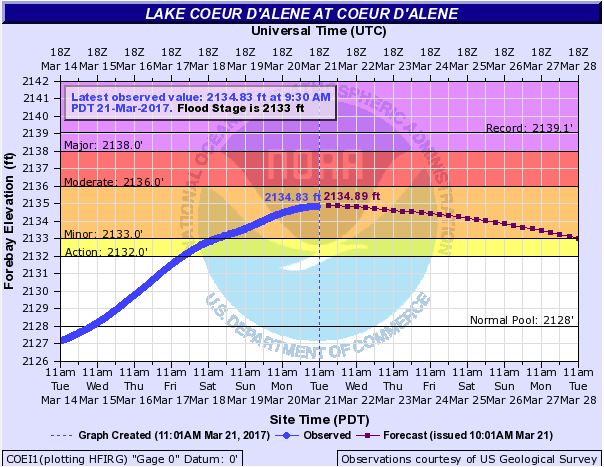 The NWS expects Lake Coeur D’Alene to crest tomorrow, and if that’s the case the increasing flows of the Spokane River should slow down in turn.

The Snake doesn’t have quite the steady slope we saw in the Spokane River, but the sharp increase since the 19th is noteworthy.  The Snake at Weiser has increased flows 28% in a week, and 1.7% day-over-day.

The increases shown above continue to display their impact on the rest of the Columbia basin.  Bonneville had a couple more step increases, the latest occurring late last night which amounted to 31,000 CFS day-over-day, and 89,000 CFS week-over-week.

After spending the majority of the winter well above each of the current decade’s snow years, the past week’s warm up has taken its toll and 2017 has now fallen to 2011’s snow pack level.  Snow levels still remain above normal, now at 117%, down from 134% last week.

Today’s forecast saw large increases over yesterday for each of the next 10 days, especially over the next three days, all of which are increasing more than 1900 MW.  NWRFC is forecasting a peak tomorrow at 27,488 MW, the highest over the next ten days. 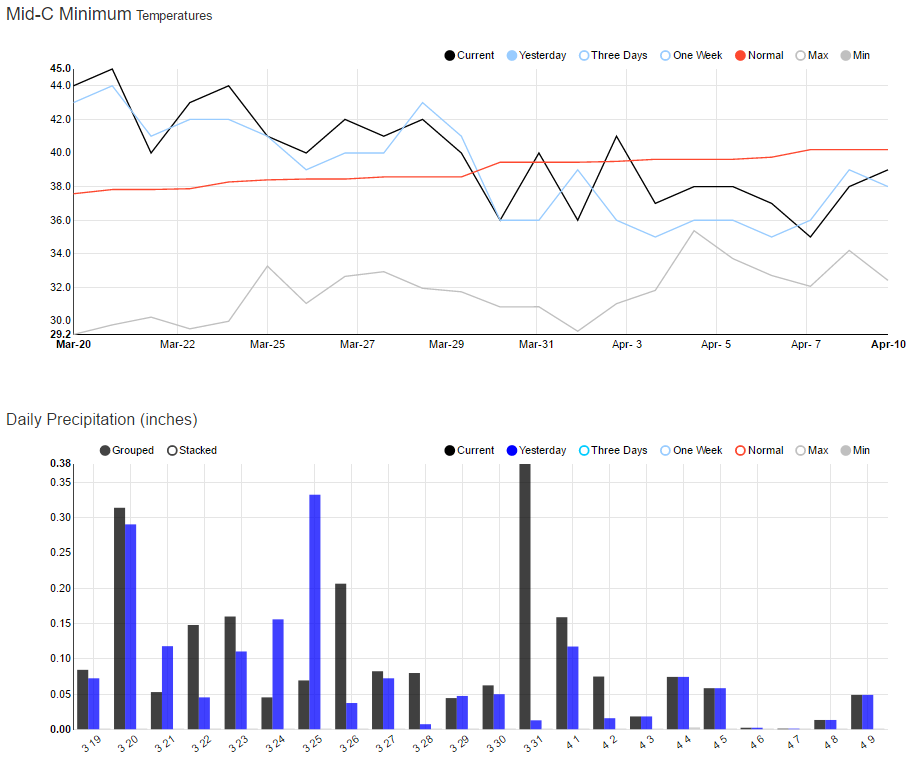 If there was any low-level snow remaining, it won’t be there for long as minimum temps are staying well above normal, and more importantly, 10+ degrees above freezing.  The Northwest should get precipitation nearly every day for the rest of the month.

While minimum temps are significantly above normal, max temps will be at or below normal for the rest of the month.  Couple that with steady precipitation and the highest elevations should be able to add a little more to the snowpack despite the valleys and smaller hills’ melt.

Hot weather in Phoenix is coming to a rapid end as max temps will fall below normal by tomorrow (eight degrees below normal to be exact).  Today’s high of 87 is 9 degrees above normal, and the last day forecasted with that much of a variance for the foreseeable future. 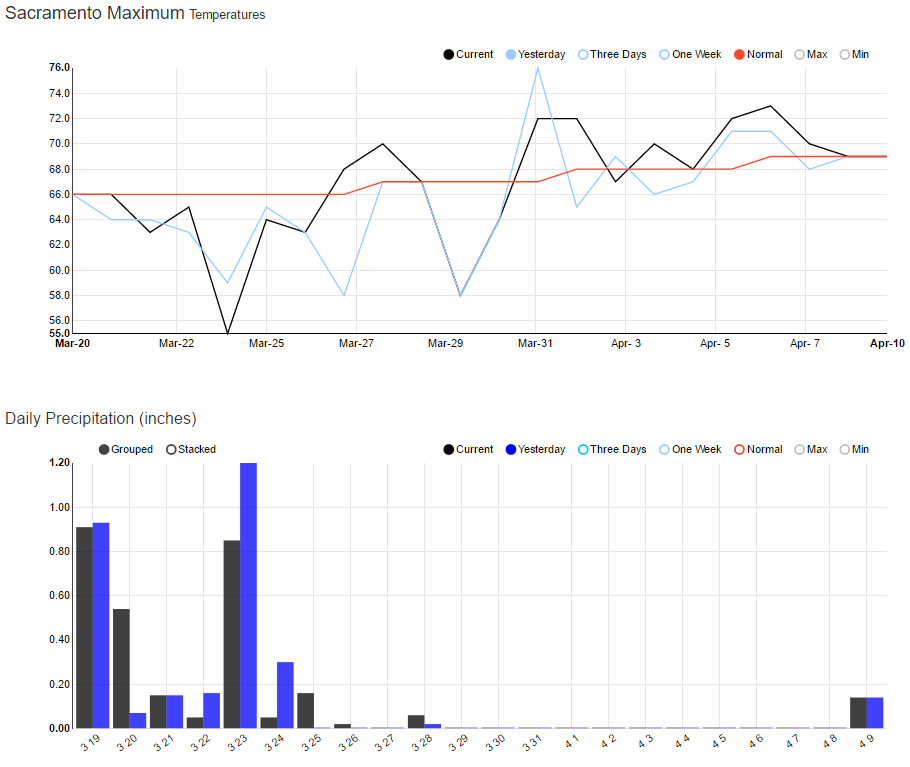 Northern California is looking wet and mild for the rest of the week, especially on the 23rd as max temps dip 11 degrees below normal to a high of 55.  Couple that with 0.8″+ of precipitation and a mild low and you’ll swear you are in Seattle.

Mid-C demand transitioned from loads falling below last year’s levels for much of last week to higher than last year starting this past weekend.  As of yesterday demand is up 1493 MW week-over-week, and up 2579 MW year-over-year.

NP-15 Loads remain mostly down compared to last year and the gap has been accentuated the past two days as the difference grew to 959 MW as of yesterday.  Loads are also down 1300 MW week-over-week.

Gas outages continue to come online, now for the 7th straight day dating back to the 14th.  There are currently 3525 MW of gas outages compared to 5235 MW at its peak last week.  There has also been 502 MW of solar return online in the same span of time.

Have a great your week,