Spokane is working its way back above normal, and should reach it by Monday where it will also mark the first 50 degree day since November.  While much of the snow in the valleys has melted, north-facing hills are still well covered and 50 degrees might be enough to finally clear them.

Consider that minimum temps will stay above freezing for most of the next week as well and it’s safe to say we should expect almost all snow under 2000 ft to clear out.

It’s looking very hot in the Southwest as Phoenix prepares to set a 10-year high over the next couple days.  Max temps will be in the high 80s on the 10th and 11th, each a degree above the previous 10-year high, and a full 12 degrees above normal.  The forecast doesn’t show a return to normal for over two weeks.

Burbank will also set a 10-year high as it reaches 86 today, 16 degrees above normal.  Daily highs should linger in the 80s until next week, and won’t drop back to normal until next Wednesday. 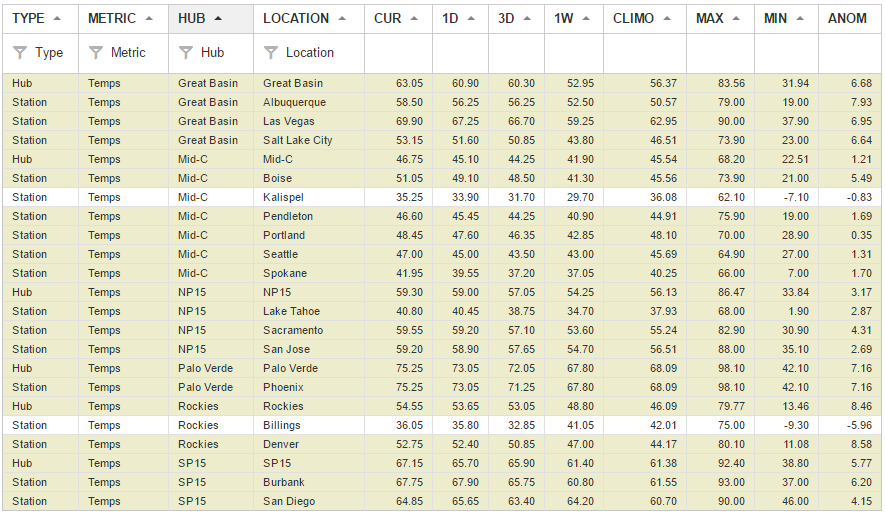 While the high might not be as extreme as Phoenix or Burbank, the rest of the West should be warmer than normal as an aggregate over the next 10 days, aside from Montana.  Salt Lake and Denver each get to enjoy early springs with low degree days thanks in part to mild daily lows.

Grand Coulee is sitting at 58% capacity after a short reprieve of reduction on the 6th.  With warmer temperatures looming onto the Northwest, it will be interesting to see how the influx of water is handled.

While Grand Coulee didn’t start drafting in earnest until a week into February, it’s already caught up to the same percent of capacity seen in each of the past two years.  2014 stands out as the reservoir still sat at 77% on the 9th of March.

The lack of a major winter warm up in  Mid-C has placed the hub at an aggregate snow level of 122%, an increase of seven percentage points from last week.  NP and SP are both hanging on to 200%+ snowpacks though NP is likely to fall below that soon.

The River forecast is expecting a peak on the 11th at 20,465 MW, a sharp increase over STP, though just a few MW higher than yesterday’s forecast.  MWs are expected to decrease after the peak until the 13th when it starts building again.

The corp of engineers updated the flood control forecast yesterday, and while it was mentioned in the blog last night, I’ll repeat that Corps will draft Coulee to a 1235.8′ by the end of April, a weaker draft compared to similar water years of the past. 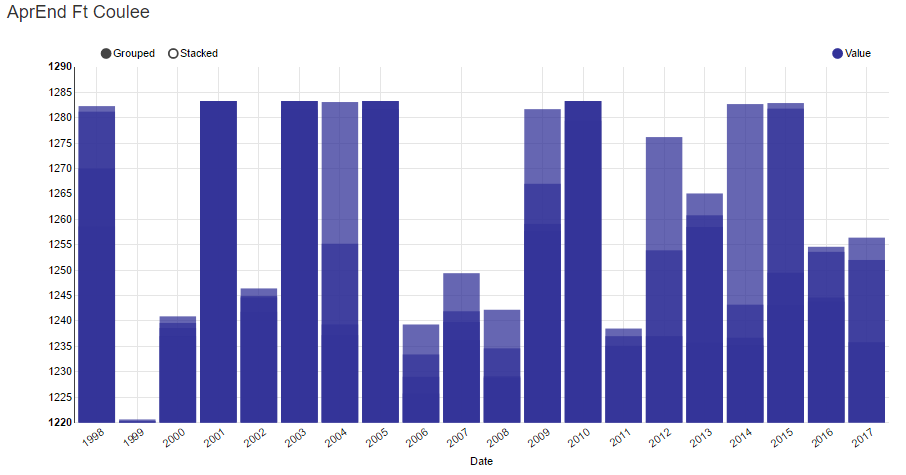 Ansergy typically updates the Flood Control Summary report the day the Corps releases their numbers.  The next release is set for April 11th.

Tuesday marked the highest level of demand for Mid-C and we’ve seen loads come off around 1700 MW since then.  Demand is down just 272 MW week-over-week, while the gap in loads compared to last year has slowly narrowed to just 1925 MW (compared to a difference of 2700 MW last week).

1158 MW of gas outages came back online over the past two days to now total 4640 MW of total gas outages.  All other sources remained unchanged over the same span of time.  The high point of gas outages (5898 MW) marked the highest level since at least September of last year.

Mid-C gas demand leveled off for the past two days at just over 1400 MMCF, the highest level since mid-February. 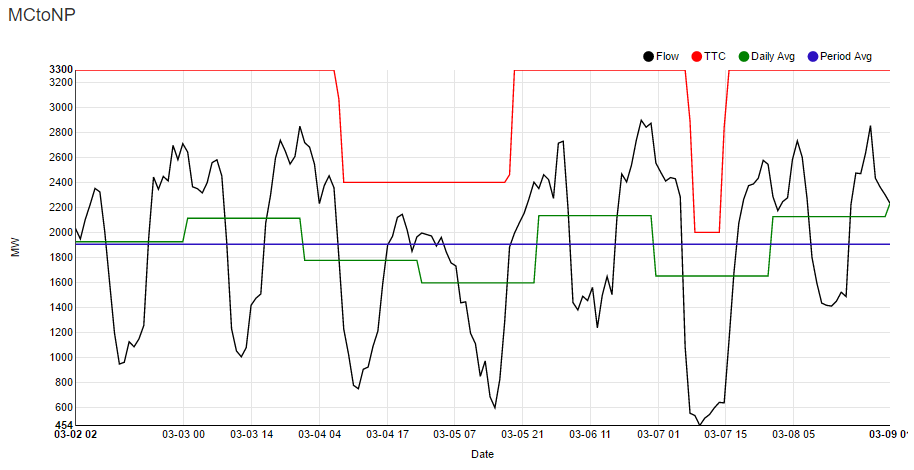 TTC dropped on the 7th for four hours to 2000 MW.  In turn flow decreased to a low of 454 MW and quickly recovered closer to the weekly average of 1905 MW. 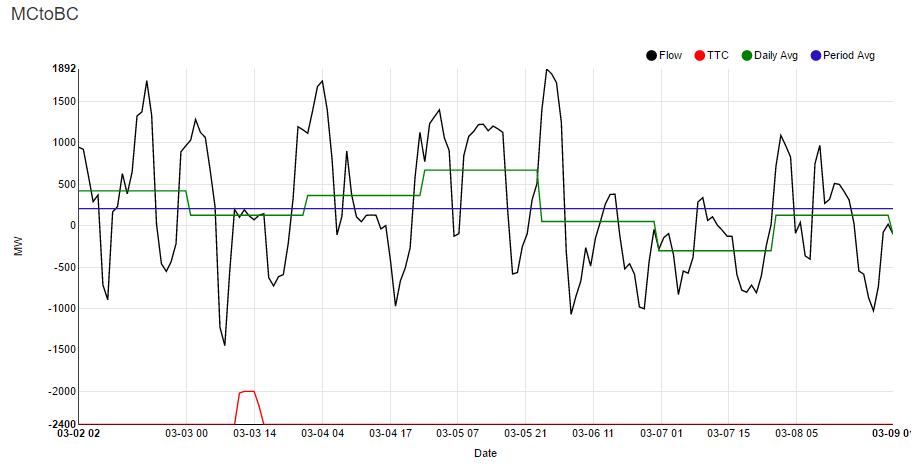 The MC-BC daily average finished below 0 for the first time in a couple weeks on the 7th at -302 MW, though it settled back above 0 the next day at 126 MW.  The weekly average is currently marked at 206 MW.