All gas hubs are up day-over-day. El Paso non-Bondad  is up $0.08 (3.4%), the largest nominal increase.  Al hubs other than SoCal Citygate remain up week-over-week as well. 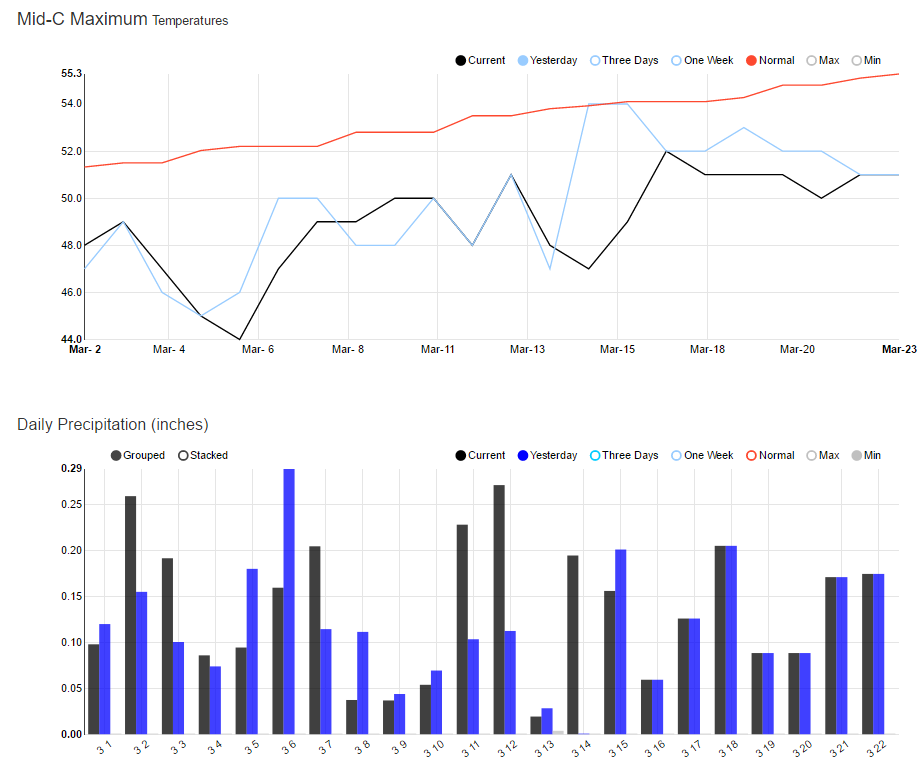 Mid-C max temps are forecasting a few degrees cooler for early next week compared to yesterday.  Max temps will be at their coolest on the 6th as they approach 8 degrees below normal.  Precipitation is expected to mark its weekly high today with just over a quarter inch. 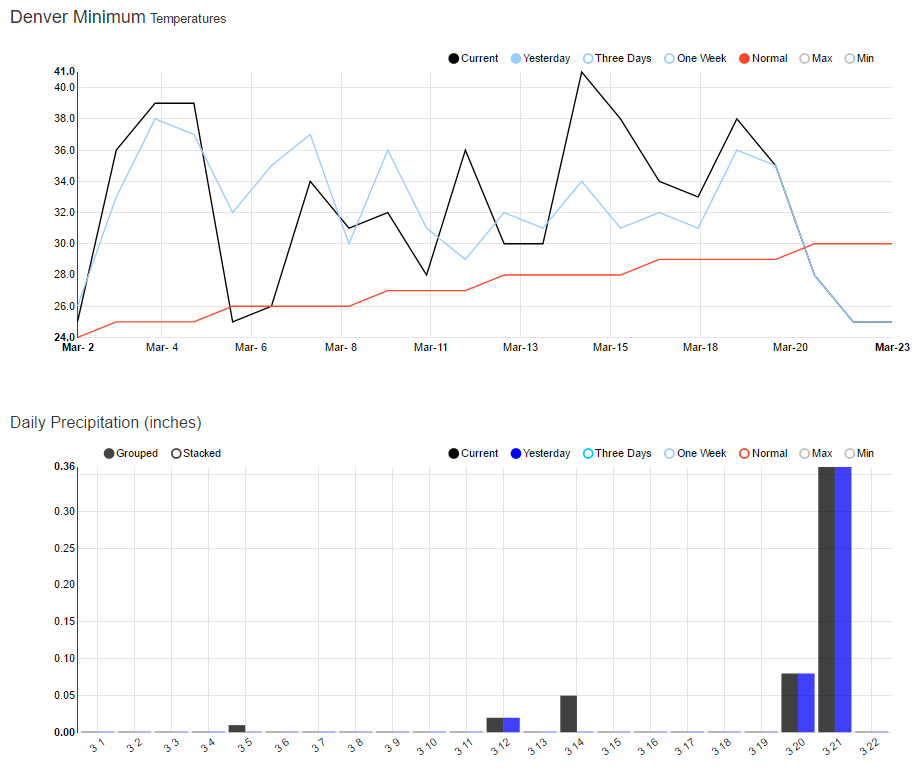 Denver will get a short-lived warm up over the next couple days as min temperatures reach 14 degrees above normal on both the 4th and 5th.  As a sharp change of direction from yesterday, temps will then drop back below normal by the 6th.  There is almost no precipitation in the near forecast. 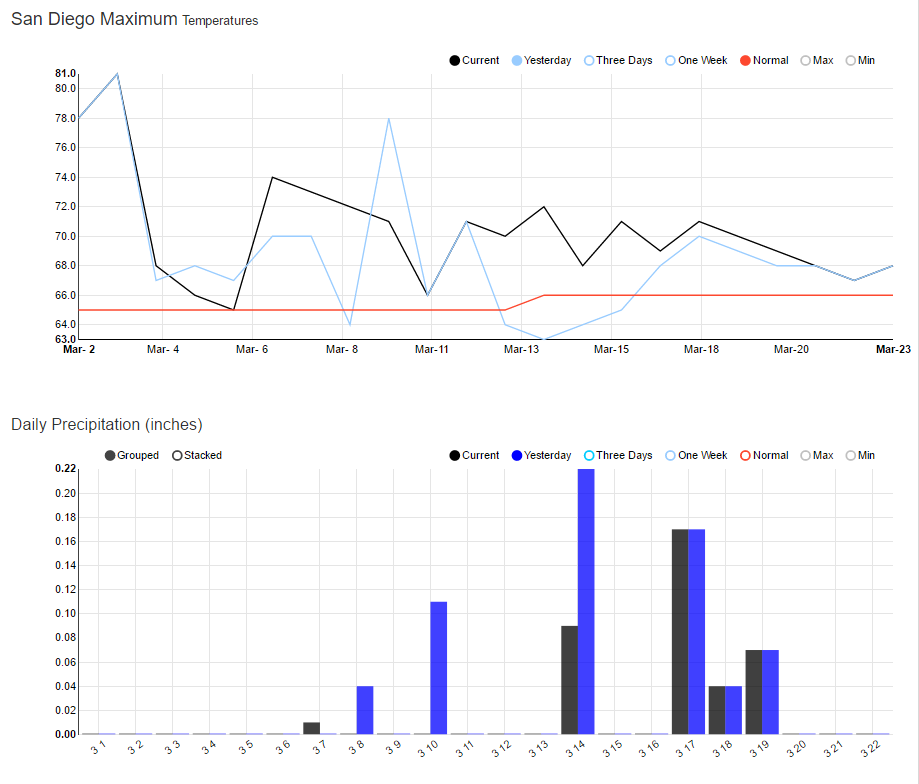 San Diego 13 and 16 degrees above normal over the next two days as max temps reach as high as 81 degrees before dropping back to normal by the 7th, after which a less dramatic warm up will take place and temps will reach 74.

There is an even split in hubs above and below normal temps over the next 10 days.  The drop in max temps for Mid-C pushed it to the lowest aggregate temps among hubs at 2.27 degrees below normal.  On the flip side, Rockies is showing aggregate temps at 3.79 degrees above normal. 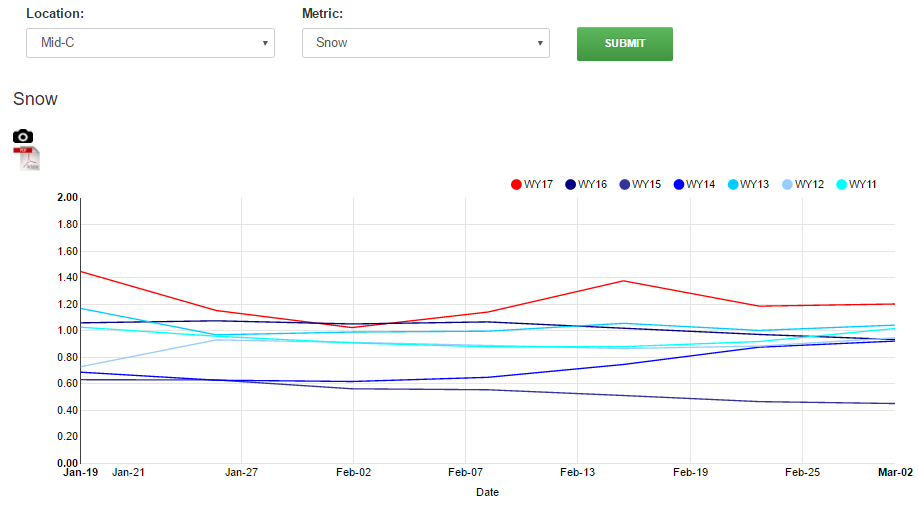 Mid-C is maintaining its snow-pack lead over the previous years of the decade though it has come off a bit since mid-February.  At 120% of normal, Mid-C is still 16 percentage points above the next closest year (2013). 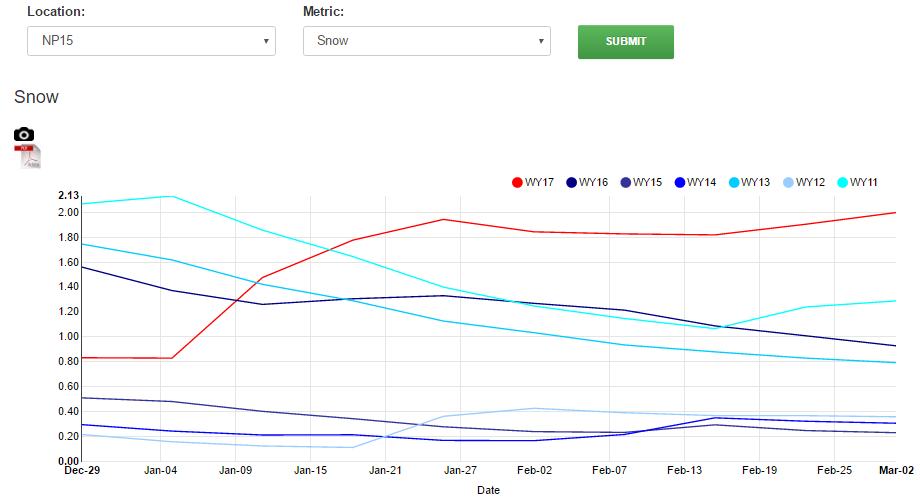 Meanwhile NP15 has only added to its massive snow year as its lead has grown to 71 percentage points above 2011 to settle at 200% of normal as of March 2nd. 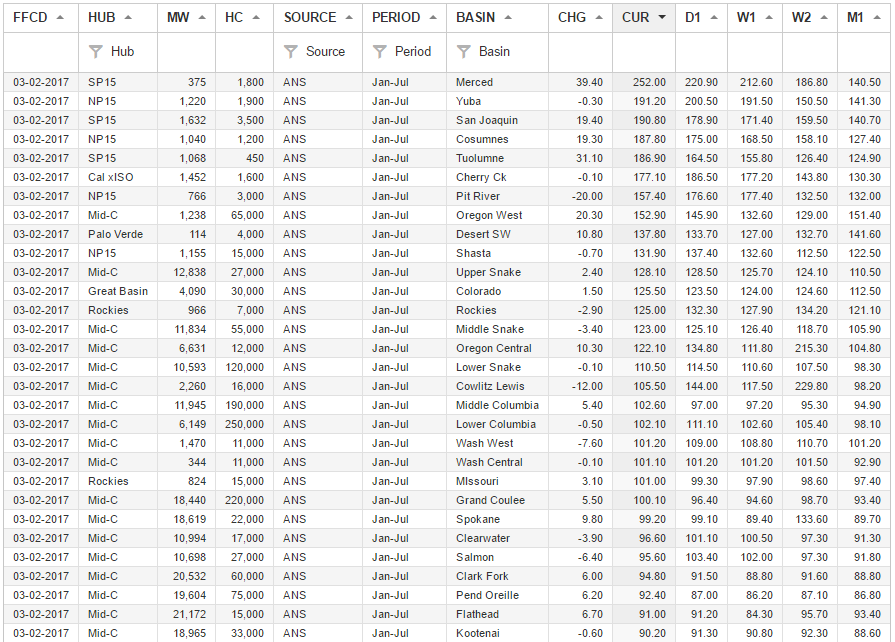 Just a few MWs of change in today’s forecast compared to yesterday for the 10-Day River Forecast.  Still expecting a peak on the 5th at 19171 MW.

Mid-C demand is up just 170 MW week-over-week, though it remains  up over 3000 MW year-over-year.  With warmer min-temps this week, off-peak hours are lower than last week to the tune of more than 1100 MW.

NP-15 Loads increased day over day but are still more than 600 MW less than last week.  Demand is also down year-over-year by 400 MW.

There was a very small return of gas outages yesterday (around 40 MW), while close to 190 MW of hydro came back online.