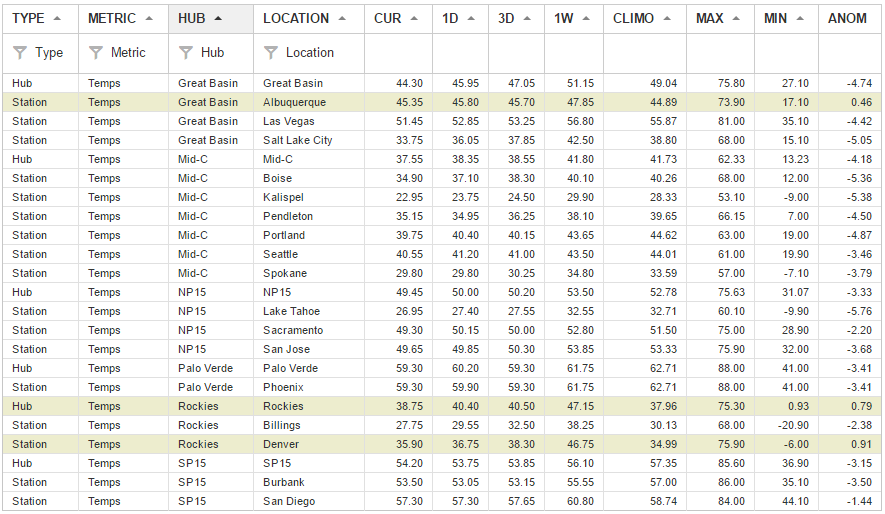 The next ten days are forecasting to be considerably colder than normal at all but two stations (and one hub) are below climo, and those two stations are still less than a degree above normal.  Mid-C has the largest aggregate deviation from climo with a forecasted 4.18 degrees below normal.

Minimum Mid-C temps are below normal, but that peaks at just 4.8 degrees on the 25th, and hovers close to normal before and after.

Taking a peak at max temps and we get a clearer picture of why the hub aggregate is forecasting five degrees below normal.  Mid-C isn’t expected to rise above normal until well into March, and should hit a minimum of eight degrees below normal on each of the next two days.

NP-15 has a similar though less extreme story.  Temps will be below normal for the next week or two, but with a slightly less dramatic deviation from normal.

NP-15 should get a reprieve from heavy precipitation, though will still be moderately wet for the next week or so.

Grand Coulee continues its reduction in reservoir level, and now sits at 78% of capacity.

Despite what looks like a sharp drop, 78% for the week of February 22nd still equates to a higher percentage than each of the past three years (76%, 72%, 73% respectively). 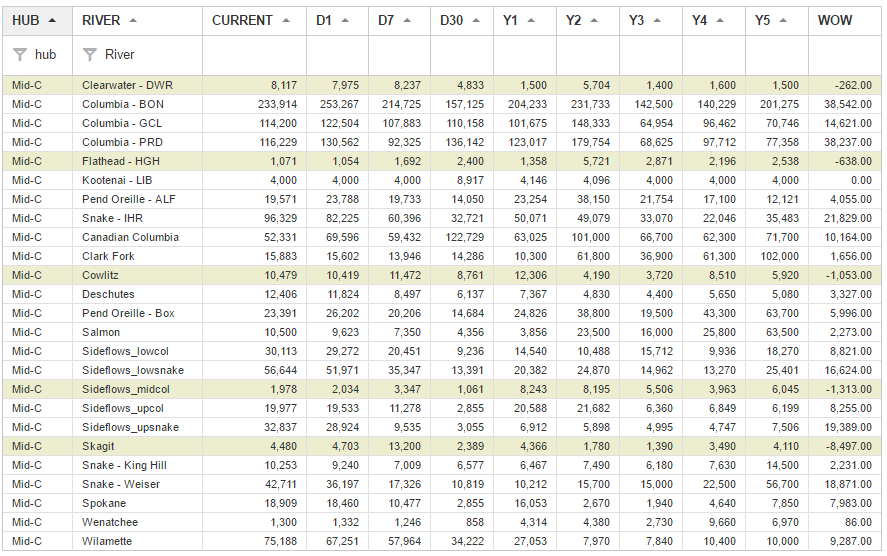 Most rivers in Mid-C are seeing an increase in flows week-over-week.  Mid-C saw decent levels of precipitation and with moderate temps on the east side of the Cascades, there was significant low-level melting as well.  Spokane River saw its flow increase 76% WoW, and the Snake at Weiser, ID more than doubled.

Despite warmer temps and rain, Mid-C snowpack remains above normal at 109%, though it’s a significant drop from last week’s 122%.  Cooler temps over the next few weeks should prevent further runoff, but forecasts suggest it will be fairly dry so there might not be potential to add to the snowpack for a while.  Meanwhile in California, last weekend’s storms were able to add to their massive snowpack as both NP and SP added 7+ percentage points to their totals.

The 10 Day River Forecast is 309 MW higher than STP for the 22nd, while the gap decreases to 124 MW on the 23rd before again expanding through the rest of the 10 days.

After peaking last week at 4737 MW, gas outages have fallen back to 3407 MW though even that total remains elevated compared to December – February.  Hydro remains at 391 MW, and Geo is back to 0 after a short outage of 99 MW. 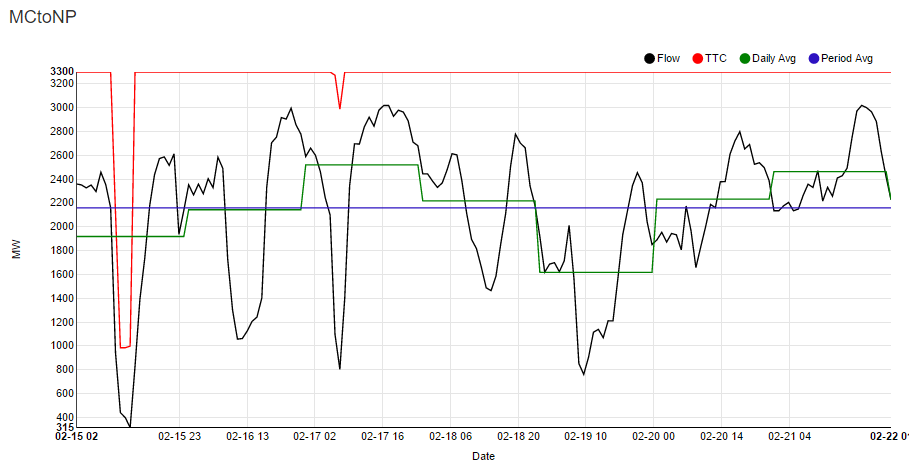 TTC has held steady at 3300 MW since the 17th, though flow has been a bit more erratic.  The daily average bottomed out on the 19th at 1617 MW and has since increased each of the past two days to reach 2464 MW as of the 21st.  The lowest hourly flow over the last week remains 315 MW on the 15th when TTC temporarily dropped to 985 MW. 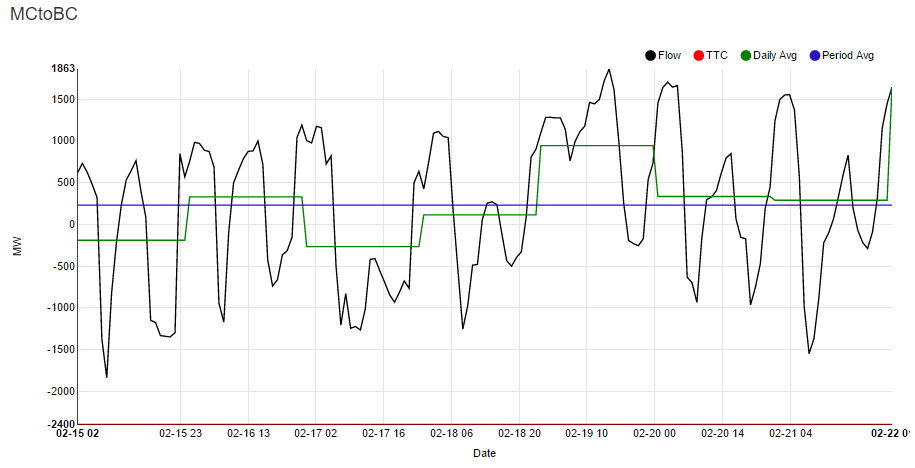 TTC has held stead in MC-BC as well with -2400 MW for each of the last seven days.  Flow has been positive during early morning hours for the past two days and changes directions during peak hours.  The daily average has been positive for the last four days.