All hubs are down day-over-day with SoCal Citygate showing the largest drop ($0.12, or 3.7%).  Most hubs remain within a few cents of last week’s prices despite today’s drop.

SP15 loads are up slightly (176 MW) from last week and remain very similar to last year with a year-over-year difference of just 191 MW.  Light Loads are close to 1000 MW higher than they were last year, however.

Similar week-over-week results for NP-15 as demand is down just 242 MW, though annual changes are much more dramatic.  Peak year-over-year loads are 964 MW higher as of yesterday.

Denver is set to reach a high of 69 tomorrow, a full 19 degrees above normal.  The warm weather will have a very short shelf life however as max temps will dip back below normal (by 6 degrees) just two days later.

Minimum temps in Denver will take a slightly different path and should stay well above normal for the foreseeable future.  Tomorrow is forecasted to have a minimum temp 22 degrees above normal.  Minimum temps aren’t expected to reach within five degrees of normal for nearly another ten days. 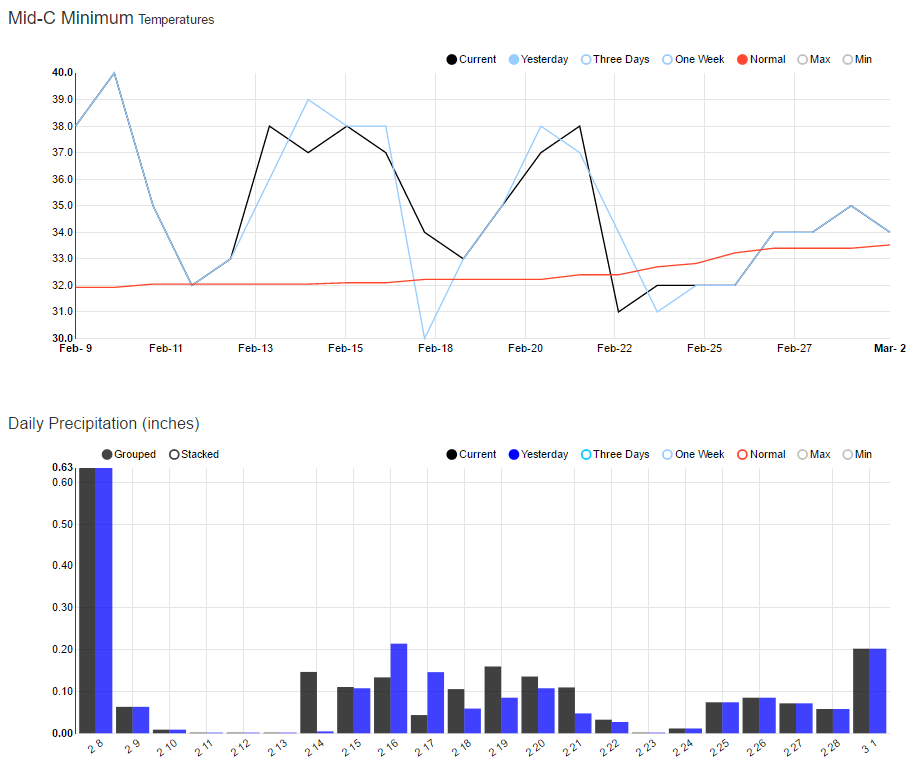 Mid-C is at the tail end of a wet storm, and will get a more mild couple days as a reward.  Hub aggregated minimum temps are expected to be eight degrees above normal tomorrow, and should stay above normal for close to another two weeks.  Precipitation is expected to return by the beginning of next week. 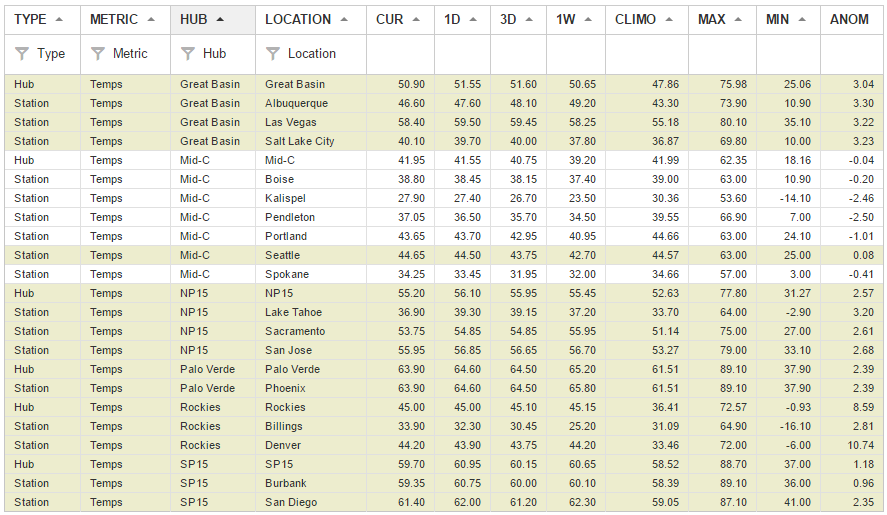 We’ve already mentioned Denver as the largest temperature outlier, but taking a peak at the summary table we can see it’s worth noting that almost everyone in the west outside of Mid-C should experience higher than normal average temperatures.

The new Columbia River Basin Flood Risk Management numbers were released by the Corp of Engineers last night.  Most notably, Grand Coulee April-End projected draft is now set at 1252 ft, down from 1256 ft from January’s forecast.

As a reminder, Ansergy compiles the flood management numbers as they are released.  Historical and updated data are always available here.

All western hubs are showing above normal snow packs with the lowest (Mid-C) still at 113% of normal.  Great Basin dropped a couple percentage points week-over-week, while SP-15 shot back above 200% of normal.

The ISO recovered 143 MW of gas yesterday and around 120 MW of hydro.  Gas outages still remain roughly 2500 MW higher than they were in late December.

Mid-C wind reached a peak of 3391 MW in the early morning hours of the 6th.  Forecasts suggest heavy potential of wind generation for each of the next couple days as well before calming down for most of next week. 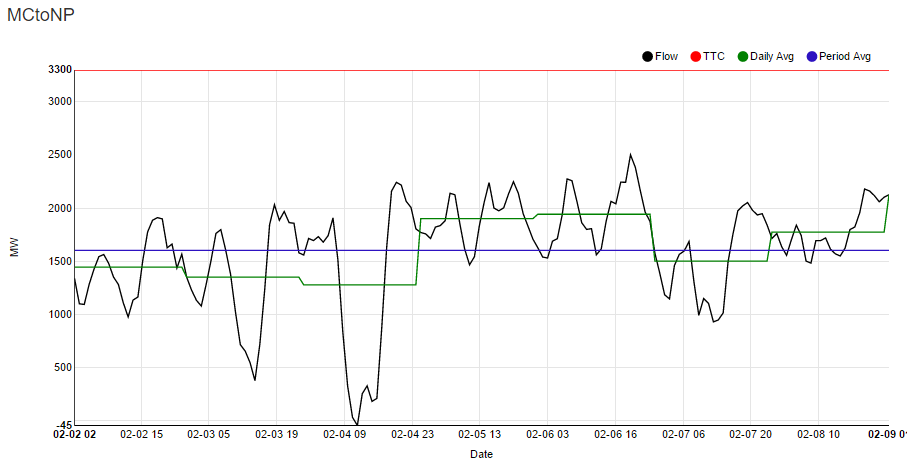 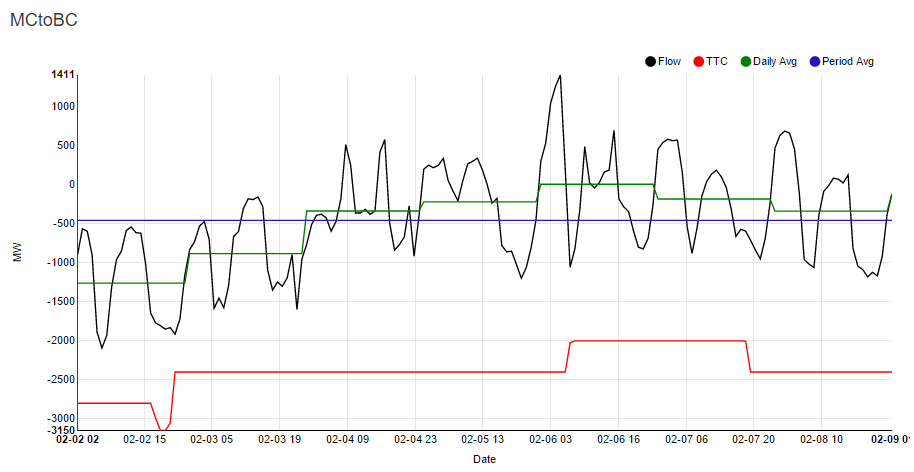 Much more movement in TTC for the MC-BC line as it moved from 2000 MW to 2400 MW yesterday marking the fourth change this week.  The daily average hit a week-long high on the 6th at just 9 MW, and has since settled at 336 MW as of yesterday.