NP-15 will come within a degree of a new 10-year low tomorrow as temperatures approach 36 degrees.  Temps will recover quickly and should reach six degrees above normal by mid-week.

Burbank will also be warmer next week.  Minimum temperatures are expected to be seven degrees above normal on the 30th, and remain above normal for the following five days.  With max temps approaching 70 at the same time, degree days should take a hit for most of next week. 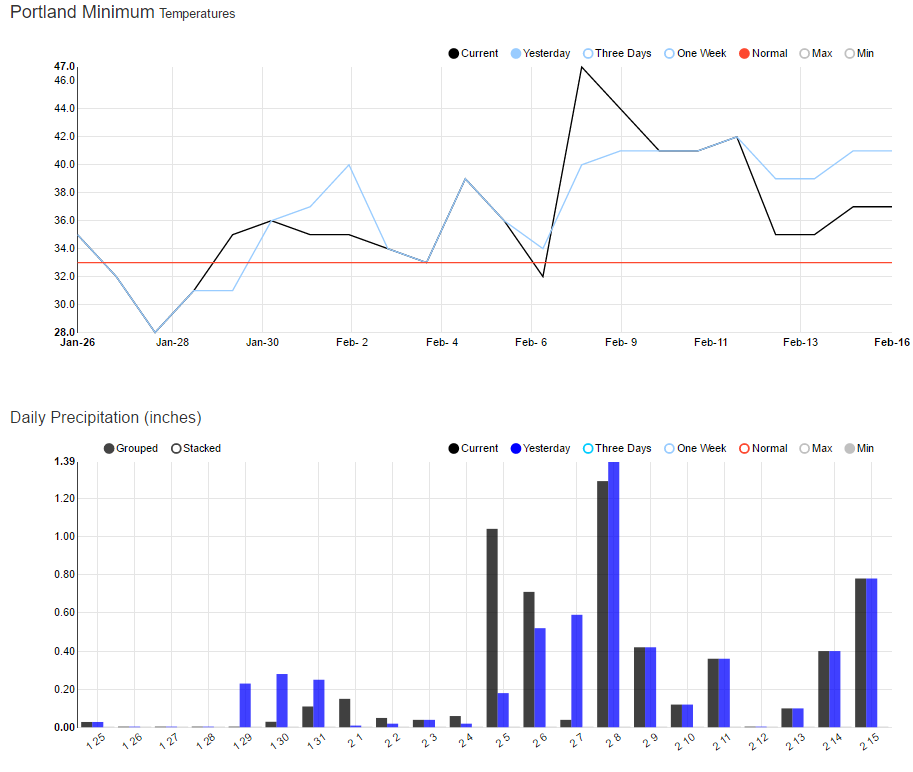 Portland and much of the Northwest will have a few more days of cold and dry weather before returning to something a bit more normal for January.  Saturday should see temps drop five degrees below normal and well below freezing at 28 degree min temps.  Forecasts are calling for rain to return by the end of the weekend.

The rest of the west should see similar cool weather of the next few days.  Only Denver is forecasted to have above normal temps, while Boise and Western Montana should both see average temps more than five degrees below normal.

The 10-Day River Forecast should peak today at 13974 MW and steadily decrease from there over the following 10 days.  The STP is forecasted below the 10-Day for each of the next ten days as well.

Grand Coulee added a bit more water to its reservoir for the seventh day in a row.  GCL sits at a high 88% of capacity, it’s highest level since mid-December.

Mid-C peak loads hit a several week low on the 21st at 25,523 MW, but have increased steadily in the days to follow.  Current loads are still more than 2000 MW below last week, though they remain up 4000 MW compared to last year.

Similar pattern in SP15, though there the annual difference in demand isn’t as profound as Mid-C.  Week-over-week loads are actually up 257 MW, while year-over-year loads are up just over 1000 MW. 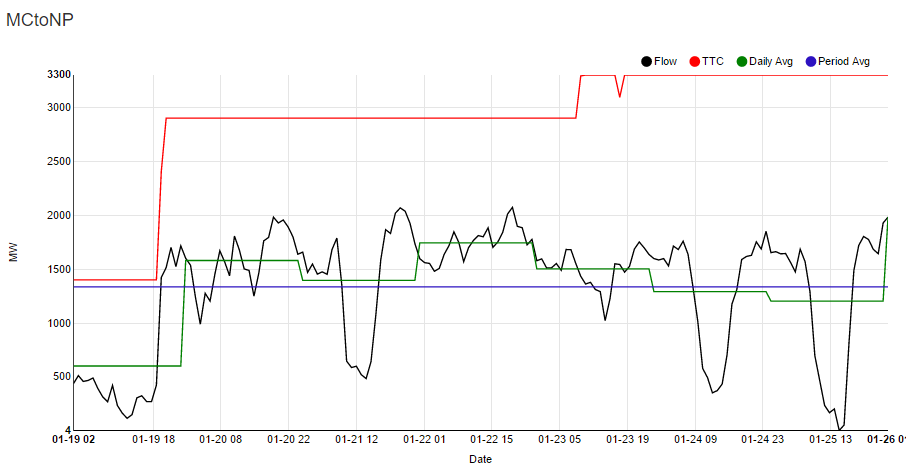 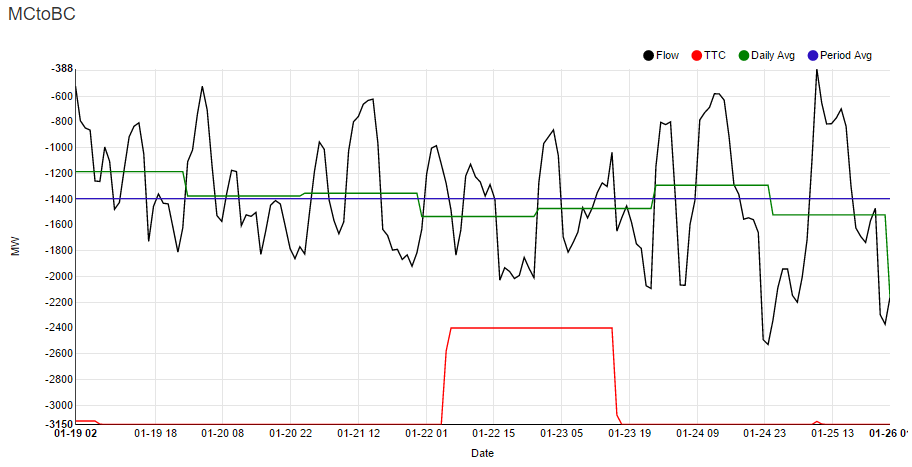 The Mid-C to BC line jumped to a more than week long high of -388 yesterday morning before falling back to a low of 2371 MW by the end of the day.  TTC has remained steady for much of the past three days at 3150 MW.