Cold weather has returned to Mid-C as minimum temps are expected to linger for the next week.  The 28th marks what should be the coldest day at five degrees below normal, but temps should remain well above the 10-year low.

We shouldn’t expect to add much if anything to snowpack as there isn’t any precipitation in the forecast until next week, and even then it won’t be much. 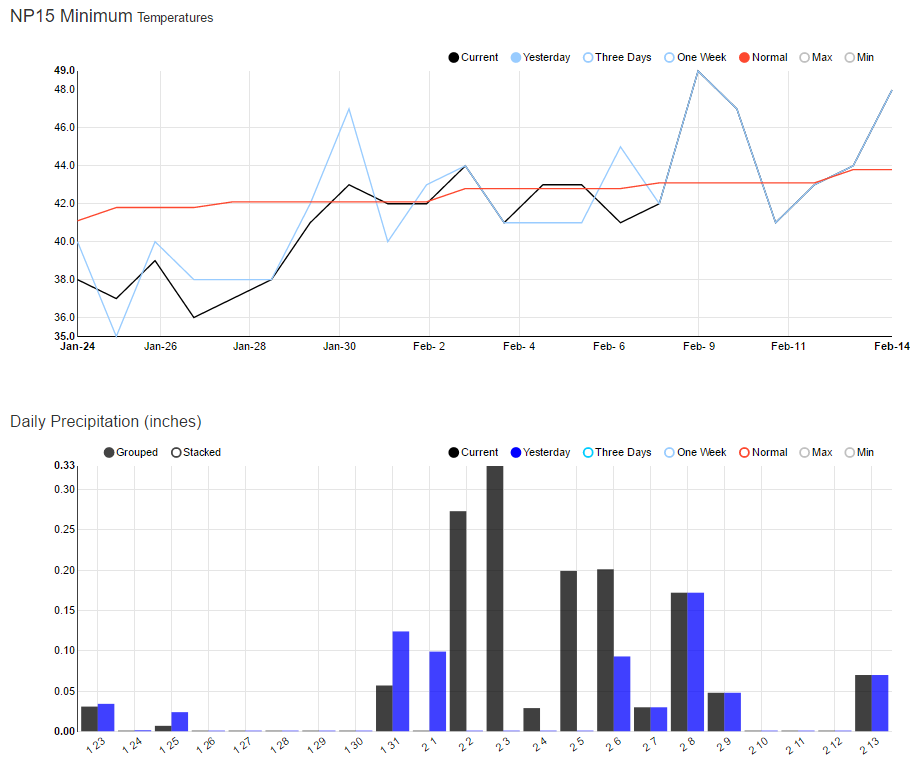 Similar story in NP15.  Minimum temps will reach their coolest level on the 27th (five degrees below normal), then will hover around normal thereafter.  NP (and SP for that matter) should be dry for at least a week after getting hammered with precipitation throughout much of the past month.

Grand Coulee has moved from 85% capacity on the 18th to 88% today.  Some of the increase can be contributed to low level snow runoff after a brief warm up period last week.

Despite a very cold winter thus far for Mid-C, snowpack is still pacing at normal based on the previous ten winters.  Heavy precipitation in California last week has added to their totals with 201% and 213% for NP15 and SP15 respectively.  All other hubs are at at least 130% of normal.

Here is a more detailed look at what basins are holding Mid-C back from an above average year.  With just those basins below 100% being shown, you can see Pend Oreille, Clark Fork, Kootenai, and Spokane are contributing the least as each is currently below 80%.

The 10 Day River Forecast is behind STP for the next two days, and is forecasting 500 MW above STP by the 28th as the two forecasts move in opposite directions thereafter.

Gas outages increased nearly 800 MW from the 19th to the 20th, but have recovered nearly 550 MW since then.  In that same time span 310 MW of solar has is no longer out, though that has largely been negated by 380 MW of hydro outage. 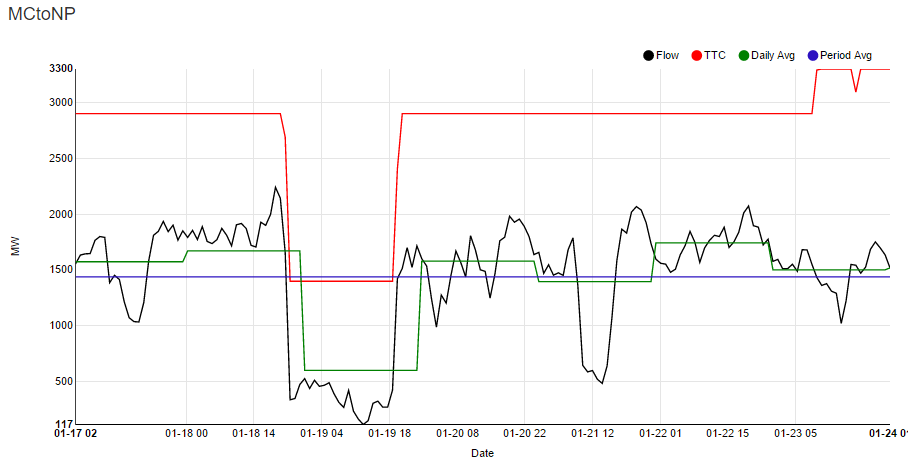 TTC has been a little erratic over the past dozen 24 hours having moved from a steady 2900 MW seen over the previous four days to 3300 MW today with a brief dip in between.  Despite the increase in TTC, average daily flow decreased yesterday to 1502 MW, though it remains above the weekly average of 1439 MW. 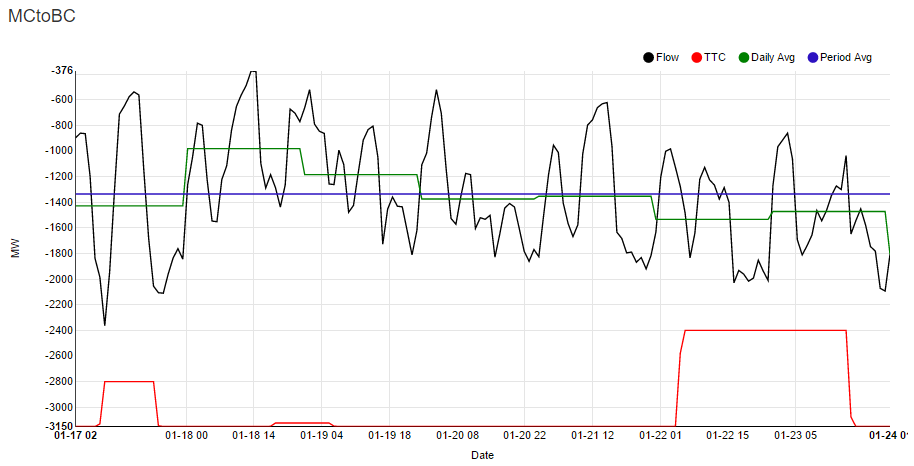