Heavy rain is headed toward California this weekend, while interior Mid-C is in the middle of a low-elevation melt.  Here are a few other highlights of what’s going on in the west today.

Mid-C added to its snow pack over the past week despite warmer temperatures as the mountains are staying just cool enough to avoid rain.  The 2017 snow year is now pacing significantly ahead of each of the past six snow years.

The Water Supply Summary report shows that the Clark Fork basin has continued to pace well above the 10-year normal, and is up more than 4 percentage points from last week.

While snow has continued to fall in Mid-C mountains, low-level snowpack began to melt yesterday as temperatures reached 40+ degrees in much of Eastern Washington and Oregon.  Grand Coulee dropped down to 85% over the past few days, though it will be interesting to see where it ends up after the low-level runoff makes its way through the tributaries.  It should be noted warm temps don’t look like they will hang around quite as long as originally forecasted.

Warmer temperatures have shown their effect on Mic-C loads as demand dropped over 2,600 MW from just Tuesday to Wednesday.  Loads are down 2,800 MW week-over-week, though demand remains above last year by nearly 2,000 MW.

Similar story in SP-15 as loads increased for four consecutive days, though week-over-week and year-over-year increases aren’t quite as dramatic (686 MW, 1,230 MW respectively). 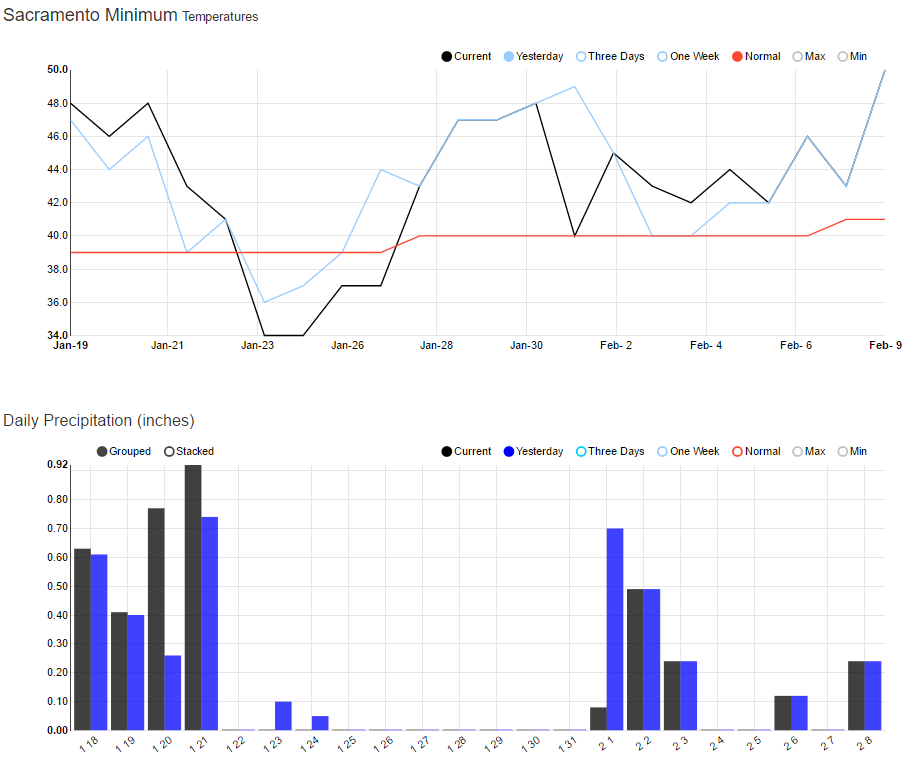 Sacramento will have its minimum temps around nine degrees above normal for the next couple days before moving the opposite direction by the 24th when temps will approach freezing.  This week’s warmer weather is joined by very heavy rainfall — more than 0.9″ on the 21st and plenty of rain today and tomorrow. 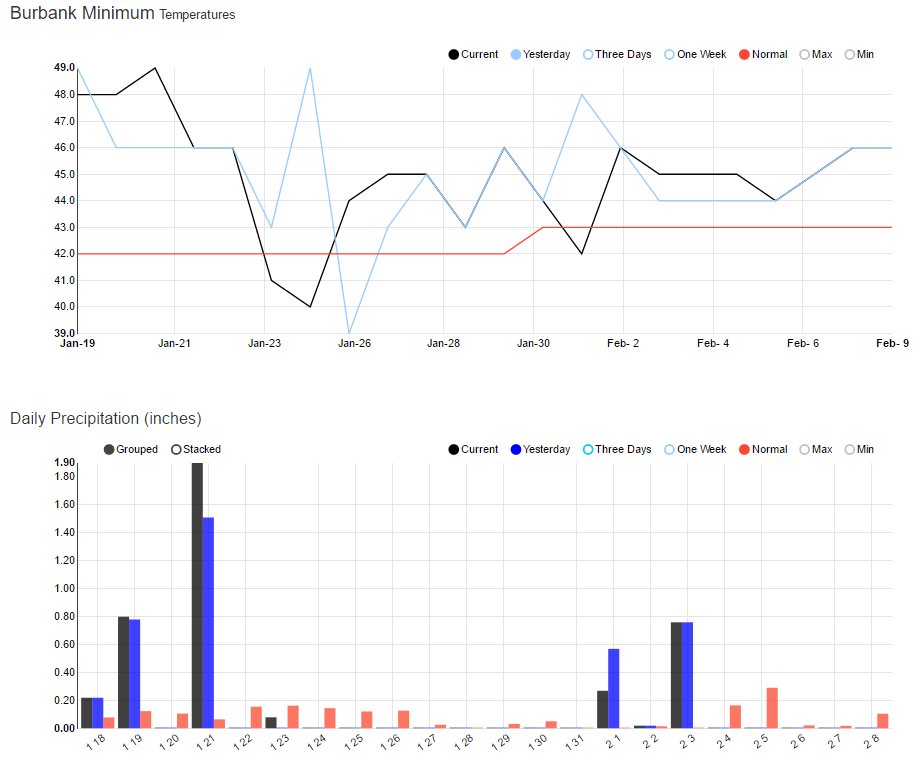 Southern California is looking at very heavy rain as well as the 21st is forecasted to bring 1.9″ of rain.  Temps won’t get nearly as cool as what we see in Sacramento, but it will dip a couple degrees below normal.  Snow levels are currently sitting at 5500 ft, and could bring up to 10″ of snow tonight, while the potential for much more snow looms heading into the weekend.

Have a great week rest of your week,