Mixed results with four of the six hubs up day-over-day. El Paso non-Bondad showed the largest nominal increase with $0.14, or 4%.

NP15 is up 998 MW year-over-year, increasing the the annual difference in load compared to the past several days.  Demand is up 819 MW week-over-week.

Cold weather in Mid-C continues to drive up demand as yesterday’s loads peak at 5,220 MW higher than last year. Loads are also up 4,227 MW from last week.

Sacramento is expected to be a bit warmer than forecasted yesterday as the minimum temperature could reach 14 degrees above normal tomorrow.  Temps will fall closer to normal soon after, but will hover above average for the next 10 days.

Spokane and the Inland Northwest continue to sit in the middle of below-normal minimum temperatures, but will see even more extreme temps next week as they approach 0.  Next week’s low are forecasted 9 degrees lower than they were yesterday for the 13th.

The 10-Day River Forecast remains heavily up from the STP forecast for each of the next ten days.  Avg MW should come off around 600 MW from yesterday to today and continue a slow decline through the weekend. 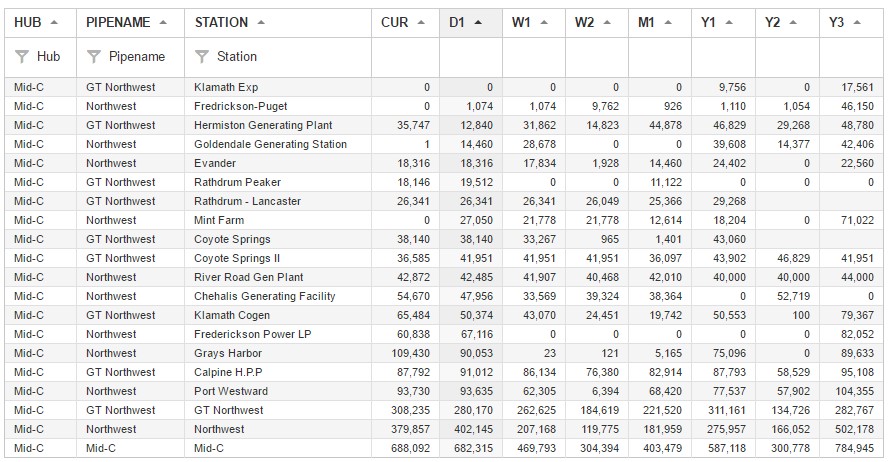 Mid-C as a whole dropped less than 6,000 MCF as a whole though a couple plants dropped out completely including Mint Farm and Goldendale Generating Station.  Those two plants were largely cancelled out by Hermiston Generating Plant increasing 23,000 MCF.

Solar generation in SP15 has been down the past three days though it shows potential for a big day today with a forecast of over 6,000 MW.  Solar should quickly drop back down tomorrow and through the weekend.

As expected, the Mid-C cold front left the area chilled but without wind.  Generation is expected to remain well below normal for the next few days before ramping back up mid next week. 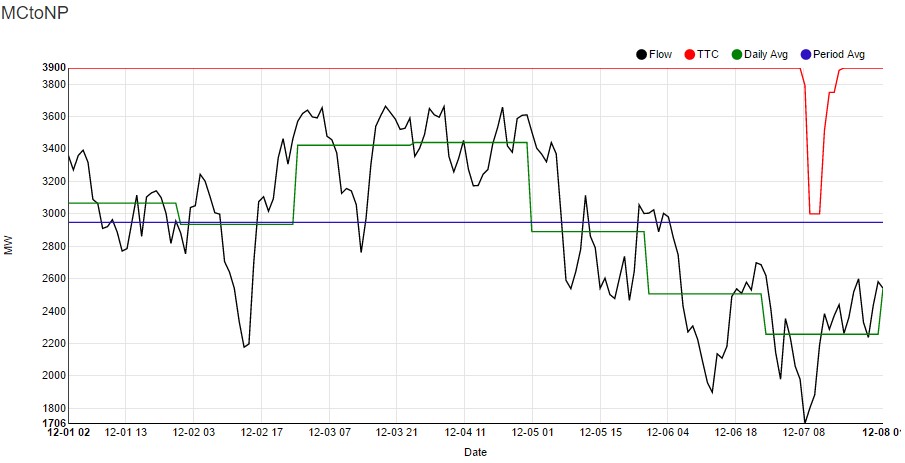 TTC dropped to 3000 MW yesterday, the first decrease in over a week.  Flow had been slowly stepping down for the past three days even before the decrease in TTC occurred having reached a low of 1706 MW yesterday at 9:00 AM. 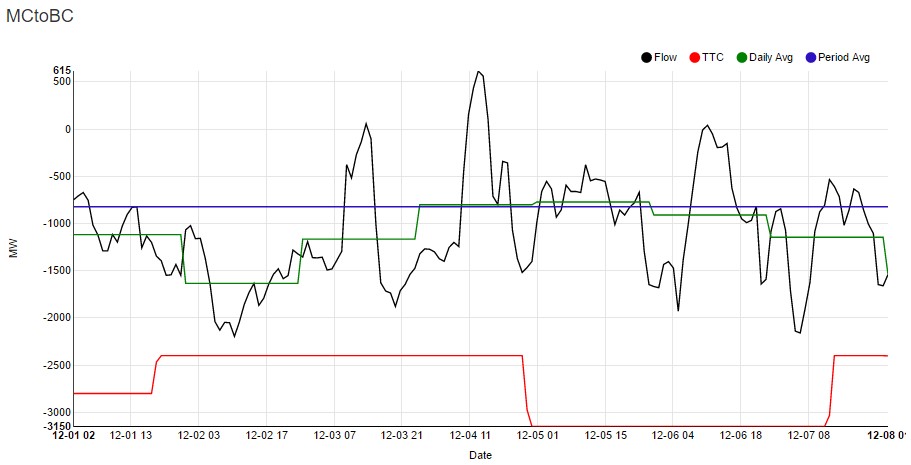 Flow has continued to decrease after briefly reaching above 0 MW on the 6th.  The MC-BC daily average settled at -1146 yesterday and looks to continue its trend down.