SP15 loads rallied on the 28th and maintained that demand, for the most part, for the following two days.  Loads are up roughly 500 MW week-over-week as of yesterday.  Year-over-year load totals are nearly identical with yesterday just 60 MW short of last year.

NP15 has also maintained high demand for the past three days, though the week-over-week difference is slightly larger at 650 MW.  2016 loads remain just below 2015 (-25 MW yesterday) for each of the past seven days.

The difference in Mid-C year-over-year loads began to converge beginning on the 29th (difference of 1600 MW compared to 3000 MW two days prior).  Yesterday was 945 MW higher than the week prior.

Spokane and the Inland Northwest remain on pace to drop 11 degrees below normal on the 6th.  The cold spell will recover rapidly before again dropping well below normal, though this time it has potential to set a 10 year record as temps are forecasted to hit 8 degrees (10 year low set at 10 degrees).

There is large separation between the 10-Day River Forecast and the STP for each of the next ten days.  This difference is highlighted on the 4th with a difference of nearly 800 MW.  There has also been a higher forecast over yesterday for most of next week, especially on the 4th and 5th. 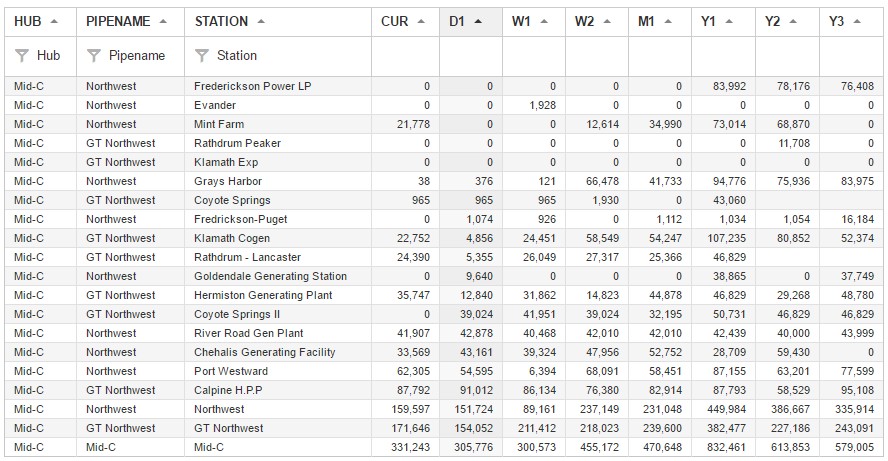 Solar generation looks like it may in a bit of a lull for the next several days before reaching much higher potential next week where we could see 6500+ MW generated on the 6th.  Today is expected to generate just 3758 MW.

Mid-C saw heavy wind generation for most of yesterday where it peaked at 3932 MW.  There could be a two or three hour window tomorrow where generation could breach the 4000 MW barrier. 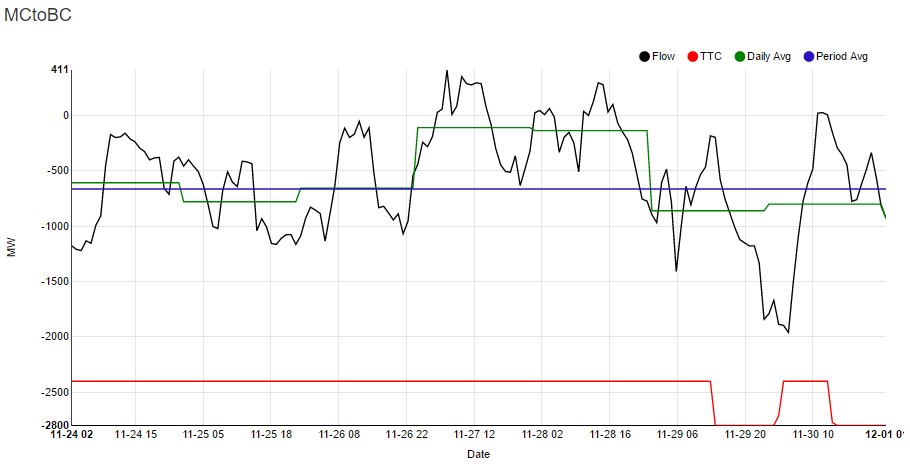