Every hub is up day-over-day. SoCal Border Avg. showed the largest nominal increase ($0.46), or 19.7%. Cheyenne Hub increased the least, but still $0.37 higher than yesterday.

Similar story in NP15 as loads have increased over the past two days, but again fall short of last week (though just 483 MW short).  2016 loads have peaked just below 2015 for each of the past seven days.

The difference in Mid-C year-over-year loads has continued to increaase over the past three days and was punctuated by yesterday’s difference of 3400 MW.  Despite the large decrease in demand from last year, yesterday was actually 1200 MW higher than the week prior.

There is a pretty dramatic change in forecasted high temps in Burbank for next week.  The forecasted high for the 29th was set at 71 degrees yesterday, but has been readjusted to just 55 as of today.  Every day from the 26th through the 30th has been forecasted with a lower high temperature. 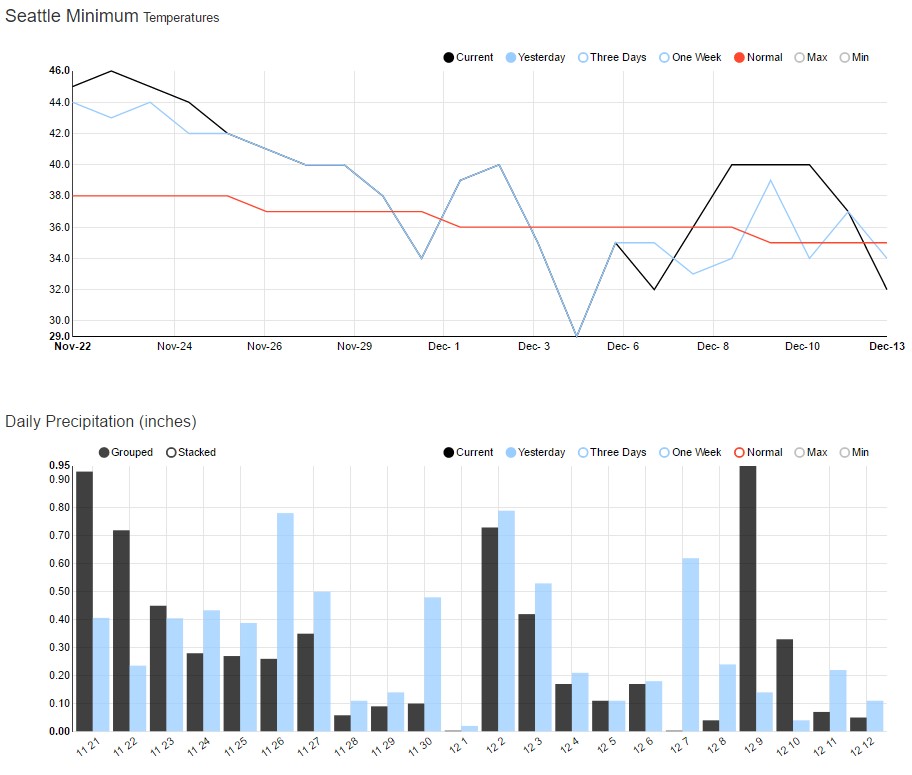 Seattle minimum temperatures should remain above normail for at least another week, though it should be very wet for the next two days as well more than 1″ of rain should fall in 48 hours.

The 10-Day River Forecast was reduced a bit from the STP for the 22nd, and then increased for the next six days.  The 22nd is forecasted 300 MW less than yesterday. 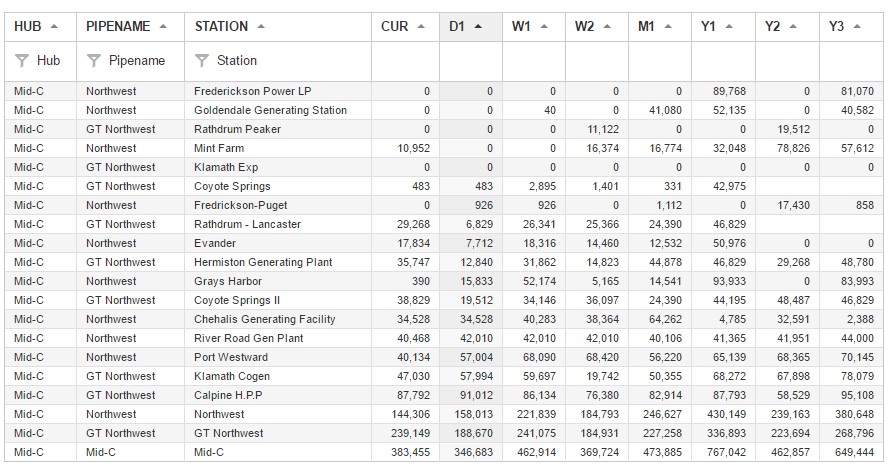 Solar generation should continue to increase from the low of 2925 MW shown on the 20th.  We could see a peak of 6000 MW on the 24th which would be the highest total in over a week. 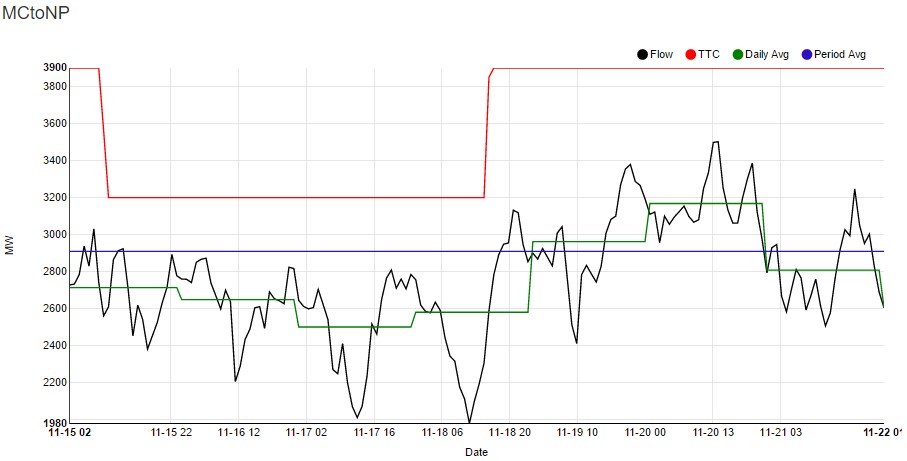 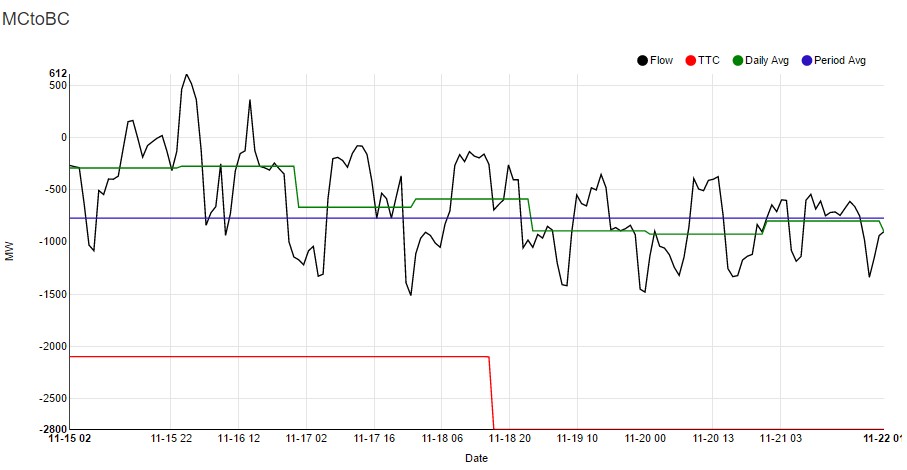 Flow has continued to move south from BC to Mid-C, now for six stright days.  The daily average hit a low of -925 MW on the 20th before increasing slightly to -799 MW yesterday.

Have a great Thanksgiving!