Very volatile market for today’s early hours.  Prices reached above $900 five different times.  Contrast that to yesterday’s high of $265 during the same hours.

The rest of yesterday’s prices were a bit of a harbinger for what we saw this morning.  Prices spiked above $900 on five separate occasions, and had elevated prices for more than an hour beginning at 11:00 AM.

Southern California has finally cooled off and that impact is being shown in SP15 demand.  Loads are down nearly 4300 MW week-over-week, and demand has now nearly matched that of last year with just a difference of 240 MW.

Mid-C year-over-year decreasehas largely disappeared the last couple days.  Yesterday’s high of 24,887 was just 550 MW lower than last year, a much smaller gap compared to earlier in the week.  Week-over-week loads are roughly 2500 MW higher as of yesterday.

The Burbank temperature forecast has been readjusted for slightly cooler temperatures this weekend, and four degrees lower temps (compared to what was forecasted yesterday) for early next week.  If the forecast holds, Monday’s high should be seven degrees below normal. 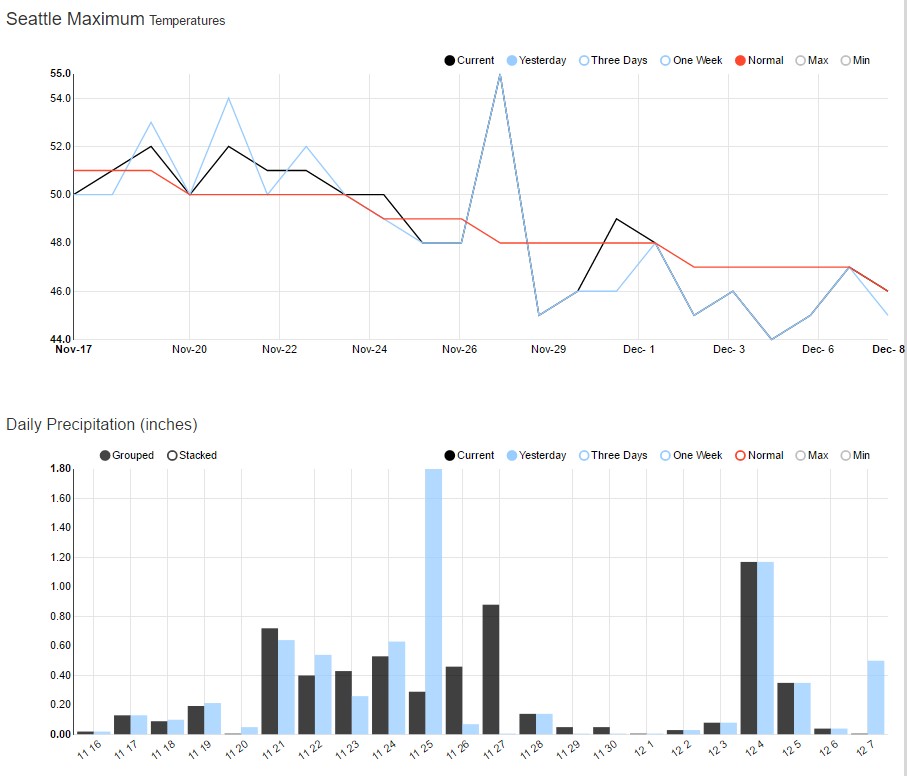 Temperatures in the Northwest aren’t forecasted to bring much excitement, but we are anticipating some steady, and possibly significant, precipitation for most of next week.  Seattle could see up to 0.75″ of rain on Monday.

There isn’t much day-over-day changes in the 10-Day River Forecast.  We are still expecting the next couple days to be slightly lower than the STP followed soon after by increases from the STP for the ensuing seven days. 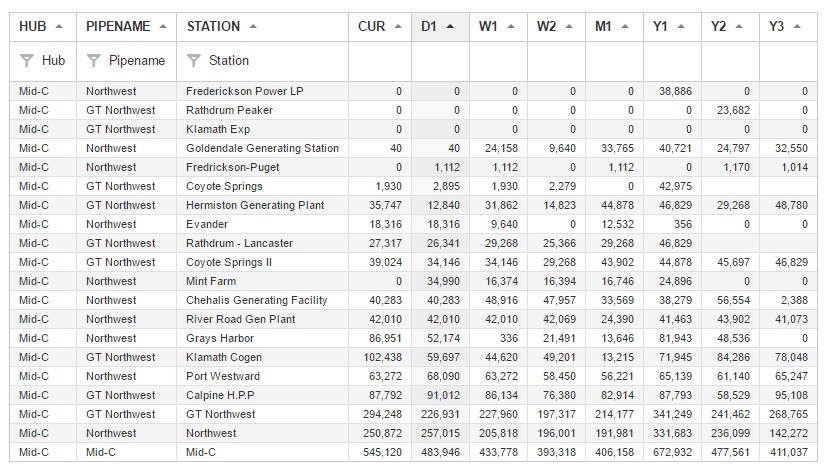 There was a large aggregate increase for Mid-C (roughly 61,000 MCF), but it was spread across several stations.  Hermiston Generating Plant, Grays Harbor, and Klamath Cogen each showed increases of at least 23,000 MCF.  Mint Farm had the largest decrease (34,990 MCF).

Five new outages today, four of which are in NP15 (322 MW total).  Just one of the outages was a gas plant, SYCAMORE COGENERATION UNIT 1 had 85 MW come offline for SP15.

We are forecasting some variance in solar generation for the next week.  Today should have nearly an 1800 MW increase from yesterday, while Monday could produce next week’s low at 4565 MW before increasing to 6000 MW by the 24th. 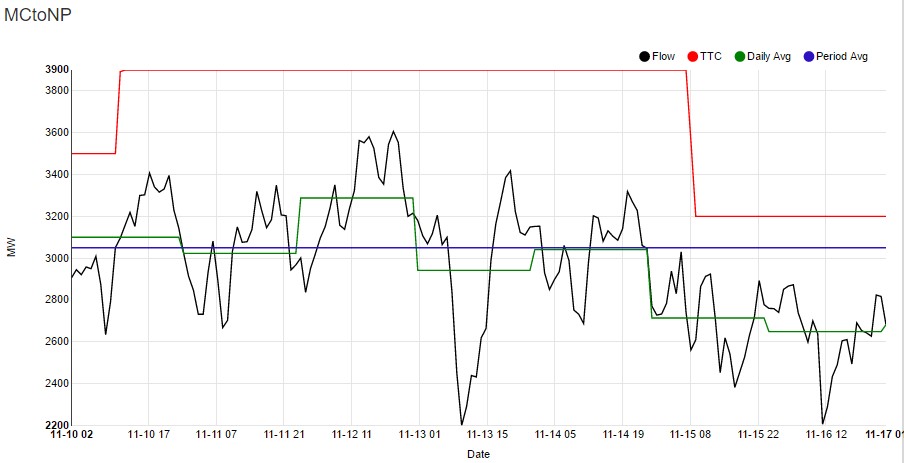 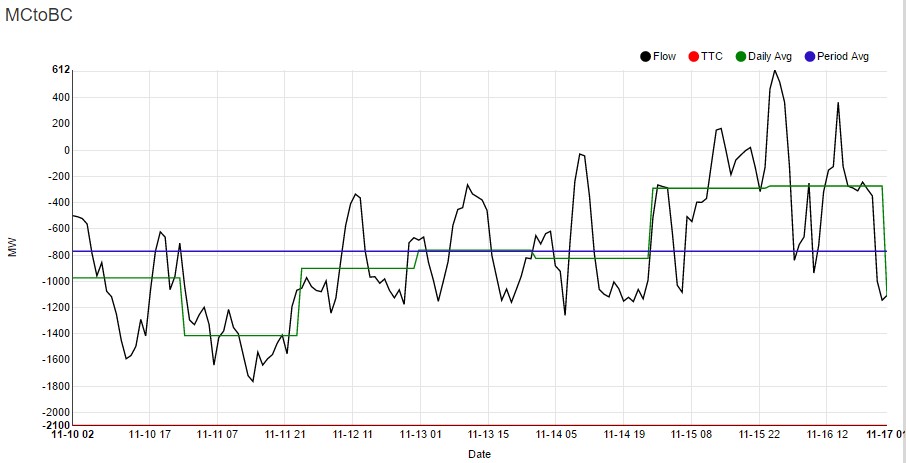 Flow moved from Mid-C to BC on the afternoon of the 15th for the first time in a couple weeks.  Flow reached a high of 612 MW on the 16th, though the daily average settled at -273.