The Northwest remains mild, and Southern California sees demand increase.  Here are a few other highlights of what’s going on in the west today.

There has been close to a $5 gap between yesterday and today through most of the morning before yesterday’s sharp decrease beginning at 9:00 AM.

Warm weather in Southern California continues to show its impact in SP15 demand.  Loads are up close to 4000 MW week-over-week, and nearly 5000 MW year-over-year.

Mid-C year-over-year decrease in demand has increased for the past three days thanks to a continued mild forecast.  Loads are also 800 MW lower week-over-week.

Hot temperatures persist in Southern California with Burbank sitting at 14 degrees above normal today.  Our forecasts have adjusted to suggest the weekend will be a few degrees higher than originally expected, and the the cooling perioud next week will be short lived. 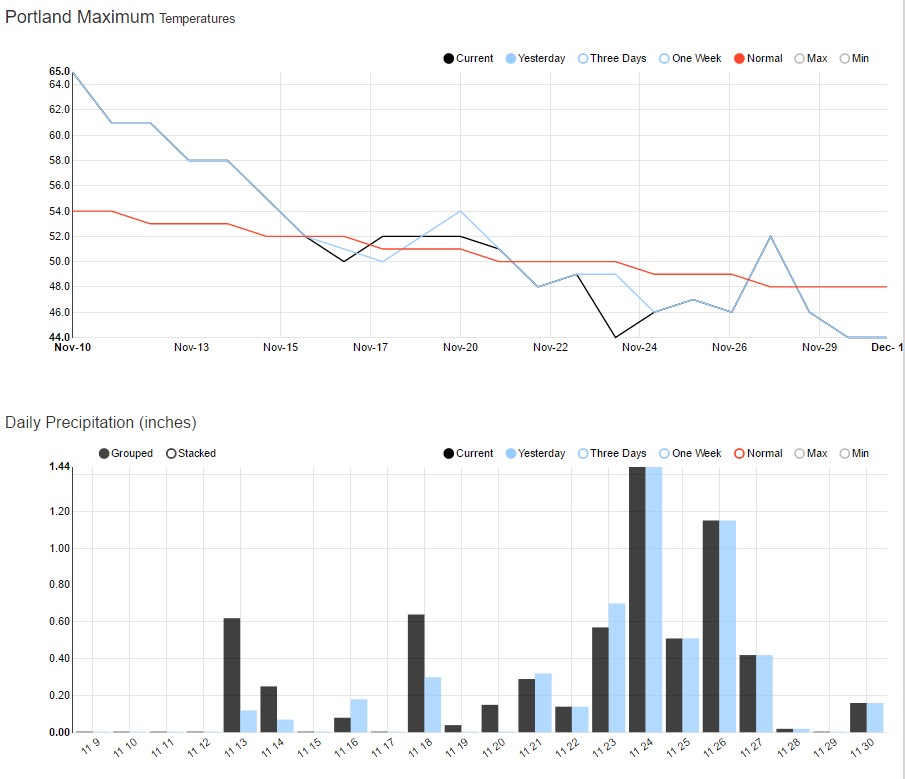 Portland begins its slow decline back to the mean, but will still have mild temperatures through the weekend.  Chance of moderate precipitation on Sunday, but will otherwise be dry for the next seven days.

Strong day-over-day increases for each of the next ten days in the River Forecast.  Each day remains well above the STP forecast from Monday. 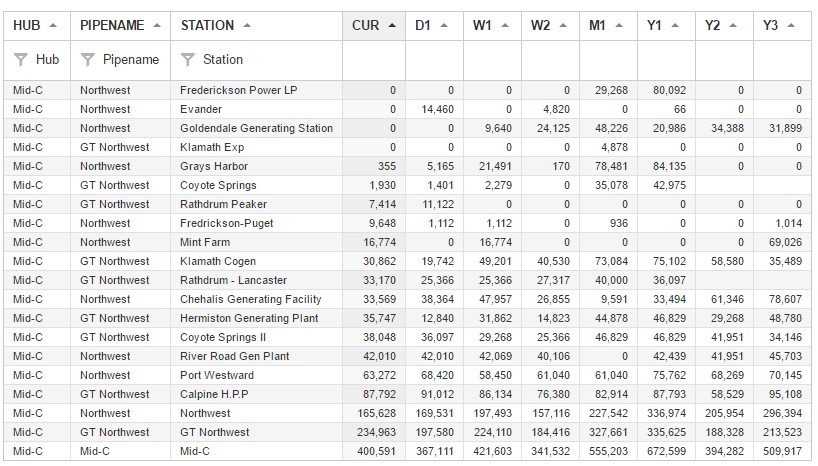 More steady solar generation for SP15 as we expect another week of 5000+ MW.  Keep an eye out for next Monday with a potential for more than 7000 MW. 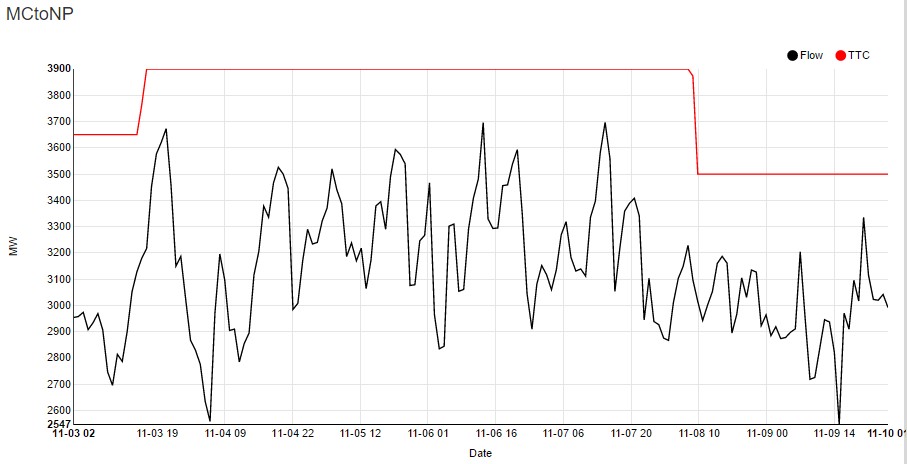 TTC dropped to 3500 MW on Tuesday and has stayed there ever since.  Flow followed suit and decreased as well, reaching a low of 2547 MW yesterday afternoon, and a high 3336 last night. 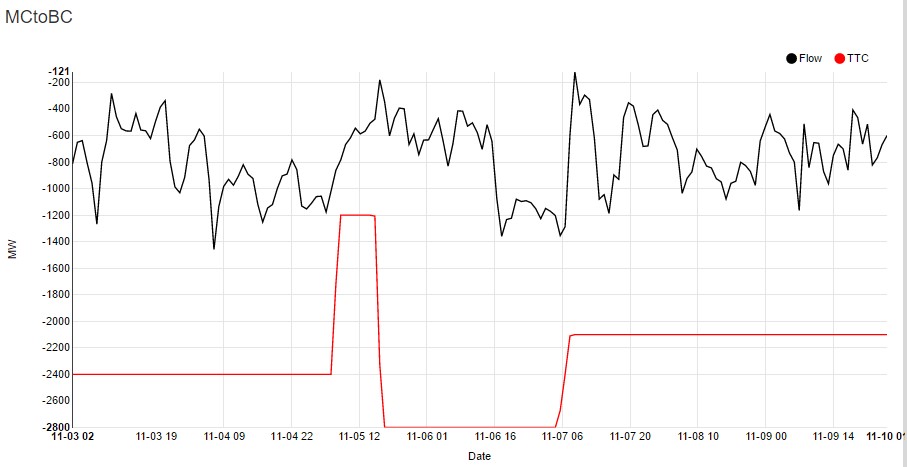 More negative flow for MC to BC, though it looks like its ever so slightly starting to creep back toward 0.  It reached a three day low of 1165 MW yesterday afternoon.