Quite a bit of movement in both week-over-week, and year-over-year loads in SP15.  Yesterday had a more than 2000 MW increase of a week prior, and 1400 MW higher than last year.  This week’s year-over-year increase is contrasted by the decrease shown through most of last week (last Monday was 1400 MW lower than the previous year).

The year-over-year load patterns are a bit less dramatic in NP15, though the gap in demand during late-morning hours persists.  Loads are up around 1200 MW week-over-week.

The change in Mid-C year-over-year loads widened yesterday with a difference of 2500 MW at its peak.  There has been a decent gap each of the last seven days. 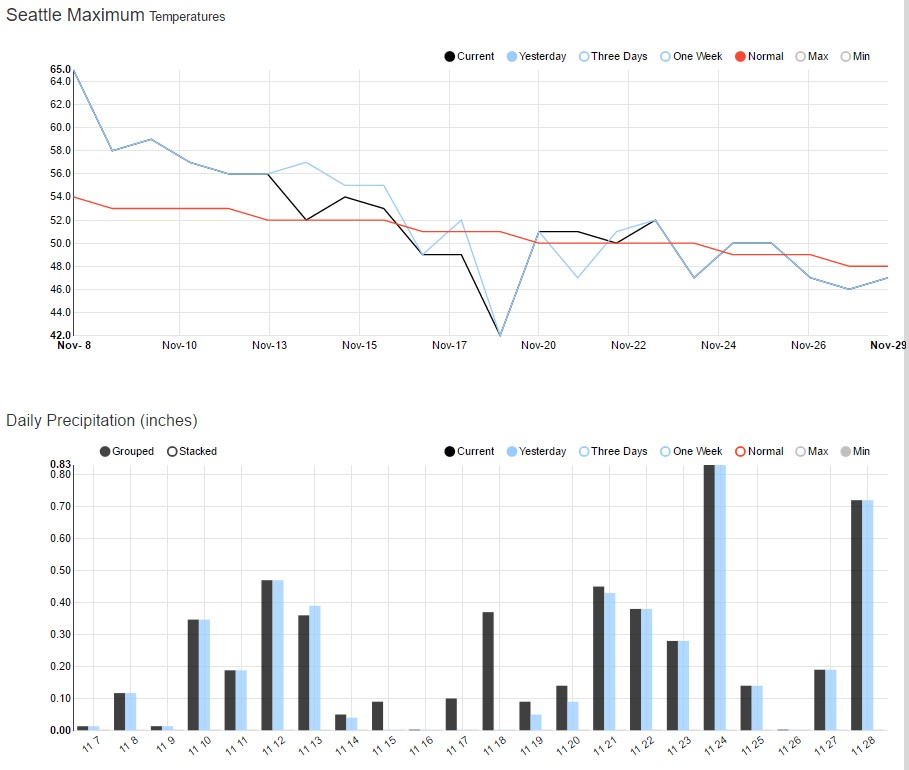 Seattle is continuing to enjoy mild temperatures similar to last week, though without precipitation, at least for the next couple days.  The 65 degree high forecasted for today would be 11 degrees above normal.

A lot of movement from STP in today’s 10 day River Forecast.  We are expecting higher MW in each of the next ten days, especially as we move into the weekend and the beginning of next week. 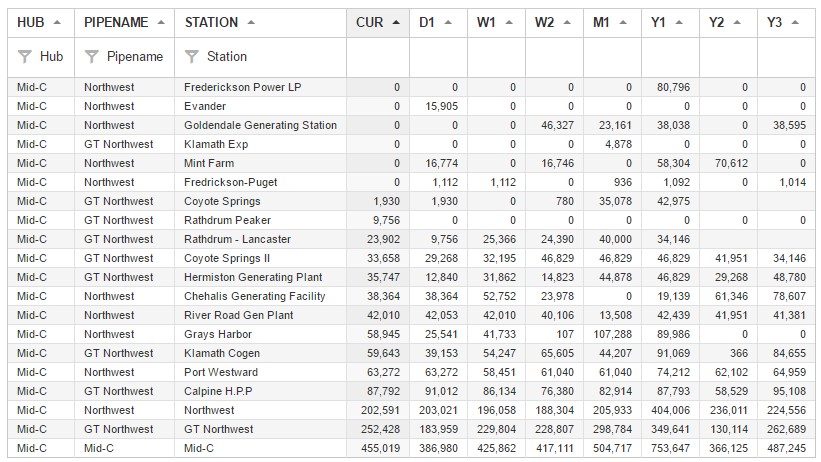 Forecasts are suggesting heavy wind generation today (possible 4000+ MW), followed by even more potential through the week with a peak on the 13th.  The previous seven day high was 2577 MW  reached on the 6th.

Today marks the 7th consecutive day of 5000+ MW of solar for SP15.  Generation should straddle the 5000 MW mark for the next several days before the possibility of 7000+ on the 14th. 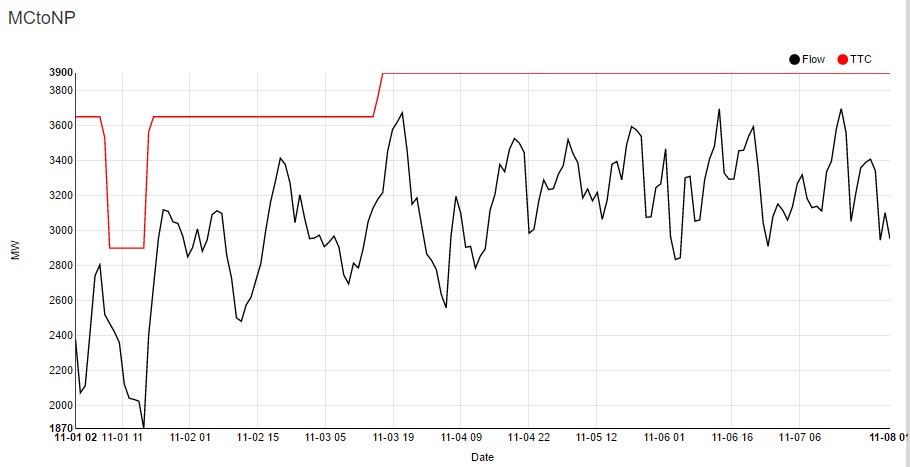 TTC looks like it has finally stabilized having remained unchanged at 3900 MW for the last five days.  In turn flow slowly increased and has since followed regular daily patterns with highs around 3600 MW. 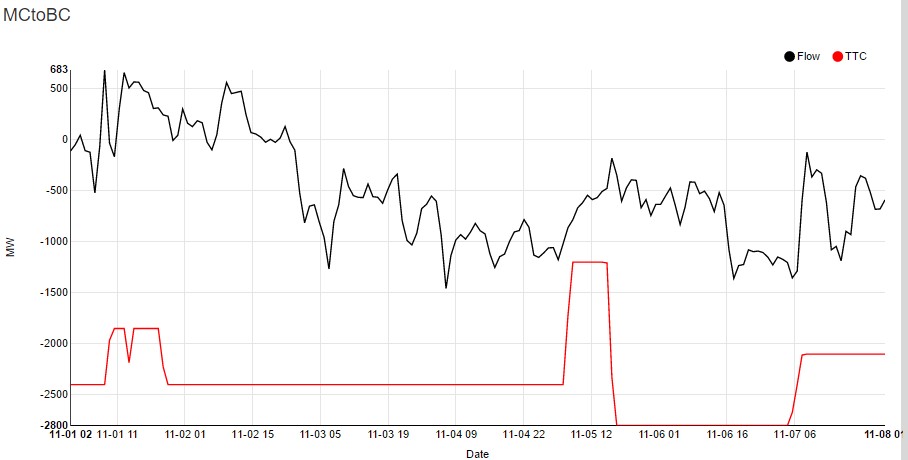 Flow has continued its decrease that we noted last Thursday and has now recorded five consecutive days of BC to MC movement.  Yesterday showed a five day high of -121 reached at 9:00 AM.