Seeing a similar pattern in prices for both yesterday and today, though this morning’s peak was only 40% of yesterday’s ($103 at 6:50 AM).  While the pattern has followed a simliar path, yesterday has been mostly higher through the early morning hours.

Hubs are down across the board.  Largest decrease came from SoCal Border Avg. with a drop of $0.27.  SoCal Citygate also showed a significant decrease ($0.18).

SP15 loads are down just under 300 MW week-over-week, continuing the trend of low weekly variance.  Year-over-year demand has increased for the second consecutive day, and really began to show some seperation yesterday.

Week-over-week loads are almost identical with yesterday showing just a 7 MW decrease from last week.  This year continues to show higher demand in earlier hours of the day compared to 2015.

Mid-C has had fairly similar loads compared to last year up until Monday when we started to see a bit more separation.  This gap was accentuated yesterday with a year-over-year difference of close to 2000 MW.

Burbank is in the middle of a moderate heat wave as they enjoy ten degrees above normal highs.  A couple forecast changes from yesterday to note; temperatures are expected to reach a little higher than originally forecasted next week, and also expected to sharply drop by next Friday before again jumping into another heat wave.  The latter could bring 12 degrees above normal highs. 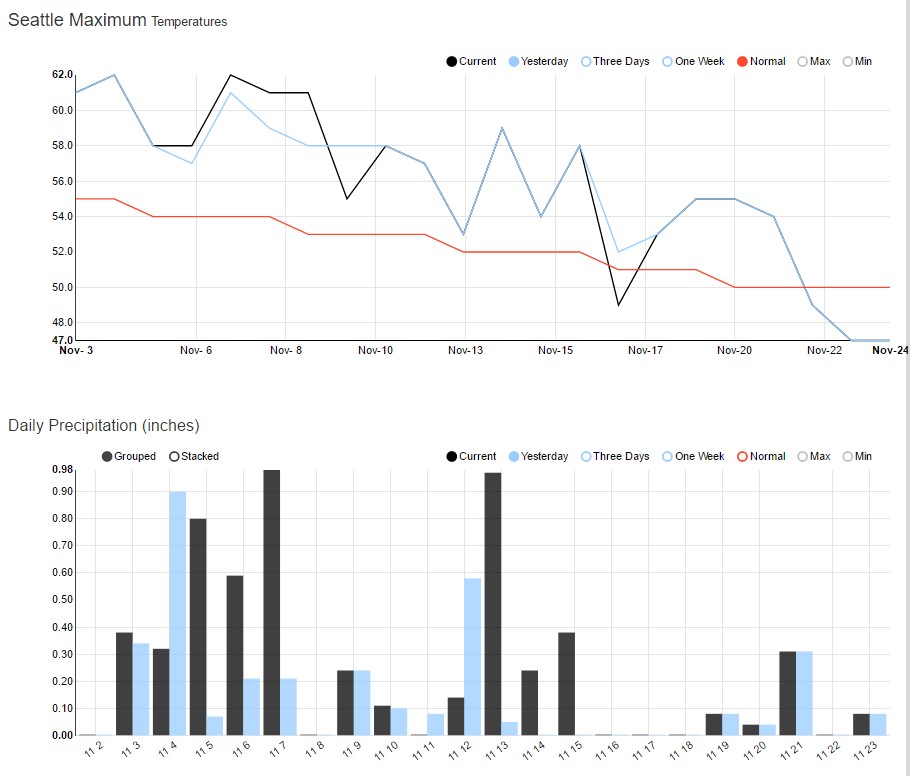 A bit more varience in today’s forecast for Seattle, though most of it is coming in the form of precipitation.  Seattle should expect heavier rains late this weekend in addition to mild temperatures sticking around for a couple extra days. 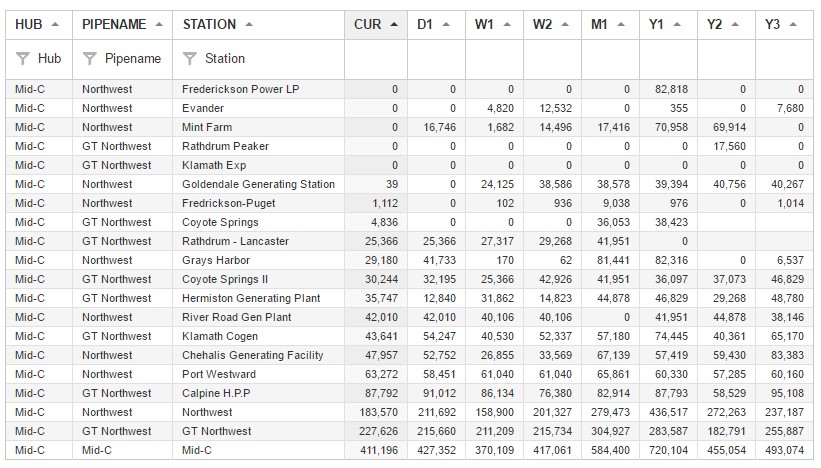 Mid-C as a whole decreased around 16,000 MCF day-over-day, largely thanks to Mint Farm dropping to 0 MCF.  Fredrickson-Puget and Coyote Springs returned online from 0 MCF yesterday.

We should continue to see steady wind generation through the weekend.  Forecasts are suggesting potential of heavy generation late next week (4000+ MW).  Yesterday peaked at just over 1200 MW.

SP15 continues to have a fairly bullish solar forecast for at least a week.  Generation should average close to 5000 MW for the next seven days, over 1000 MW higher than what we’ve seen in the previous seven day average.  Yesterday’s solar generation peaked at 6126 MW. 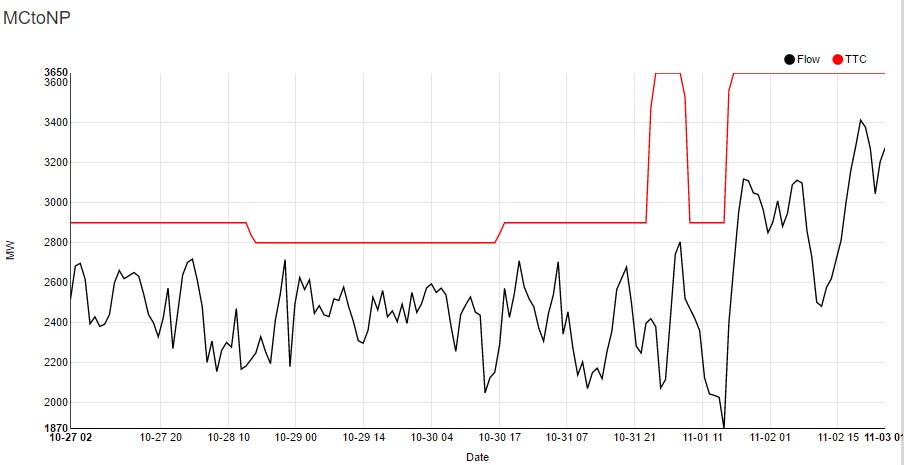 TTC has fluctuated the past couple days as it dropped to 2900 MW before returning to 3650 MW.  Flow followed suit late Tuesday night and reached a seven day high quickly after.  Flow has since peaked at 3414 MW last night. 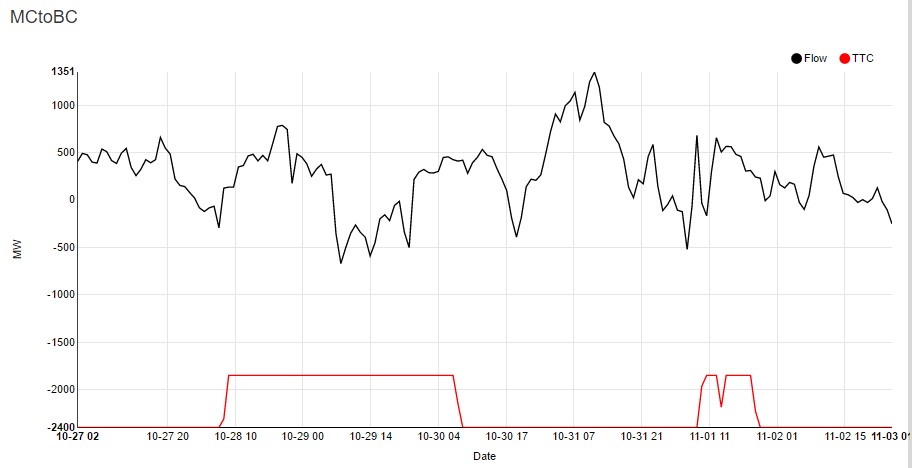 Flows has been slowly decreasing since late Sunday night, and is now seeing movement in both directions spread evenly each day.  MC to BC bottomed at -251 MW very early this morning.