This morning began with mostly higher prices compared to yesterday, and has since been punctuated with spikes coming after 7:00 AM.  There was a brief period of negative LMP at 4:00 AM.

Yesterday had a single spike at 6:30 PM with prices as high as $1,006.  LMP sat at or near $0 before the spike and we very erratic afterward, though prices averaged around $25.

Two of the six hubs are either down or unchaged.   Cheyenne Hub had the most significant decrease ($0.09), while SoCal Citygate showed the largest increase ($0.13).

SP15 loads are down just under 700 MW week-over-week.  Year-over-year demand has continued to be lower this year, now for the eighth consecutive day.  The year over year difference saw a decent jump in seperation yesterday compared to the weekend.

Similar week-over-week results in SP15 as yesterday was just under 600 MW less than last week.  Year-over-year loads are higher in early hours for 2016.

Temperatures are expected to reach eight degrees above normal beginning on Thursday in Burbank.  This is a couple degrees higher than was forecasted yesterday.  We are also anticipating another small heat wave next week, though the forecast has been pushed out a day later (compared to yesterday’s forecast). 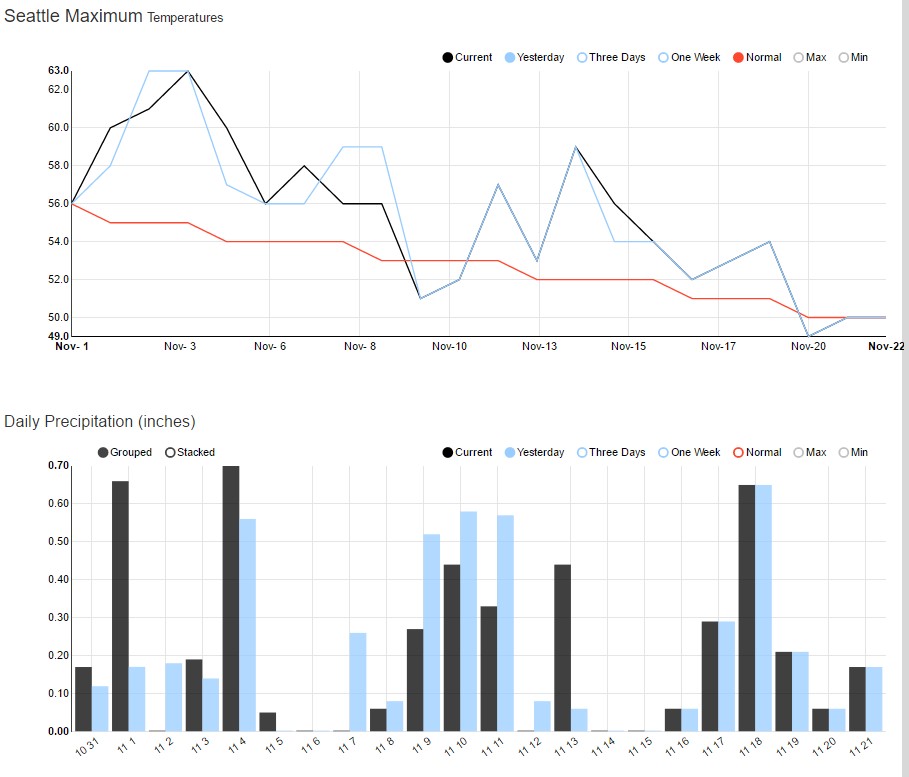 Seattle’s forecast is showing wet and mild weather for the next several days.  Temperatures are not hot by any means, but could reach the mid-60s by Friday which would be nearly ten degrees above normal.  The Northwest continues to get dumped on as more than 0.6″ of rain should fall today, with plenty more on the way through the weekend.

Not much change from yesterday’s STP update for the 10 Day River Forecast.  The rest of this week has been forecasted slightly lower and next week just a touch higher. 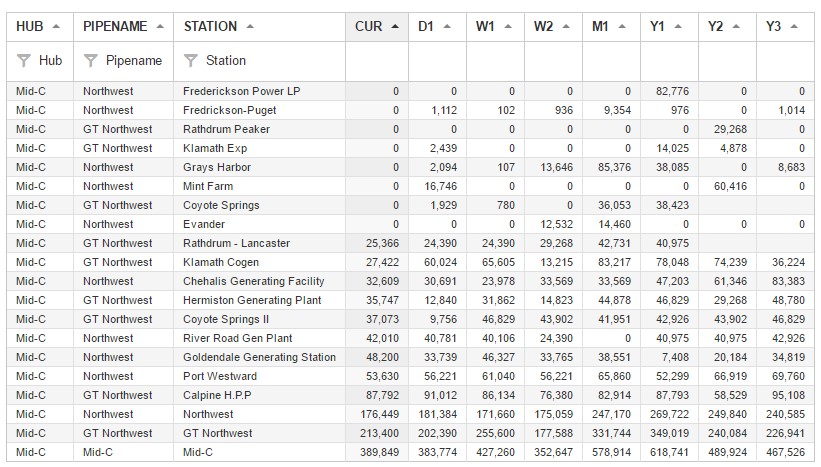 Five plants have completely dropped to 0 MCF for a total drop of just over 24,000 MCF.  Mid-C as a whole increased around 6,000 MCF day-over-day.

Several new outages to note today including 765 MW of Gas in NP15 (across three plants), and 850 MW of Gas in SP15 (six plants).  No plants were shown as coming back online today.

Mid-C generation peaked at over 4000 MW yesterday, and is forecasting fairly significant generation for the foreseeable future (most daily peaks are greater than 2000 MW).

SP15 is coming out of a bit of a solar lull and should see its generation increase through the end of the week, eventually hitting a high on the 3rd at just over 6000 MW.  Next week should have consistent 5000+ MW days. 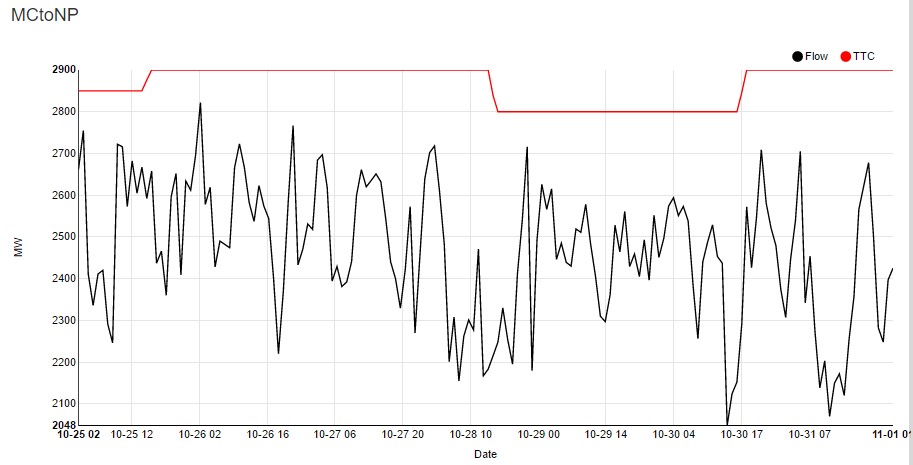 TTC again increased following the drop at the end of last week, though flow didn’t neccesarily follow suit and increase.  MC-NP flow was fairly erratic yesterday with a high of 2705 MW in the morning and low of 2070 by noon. 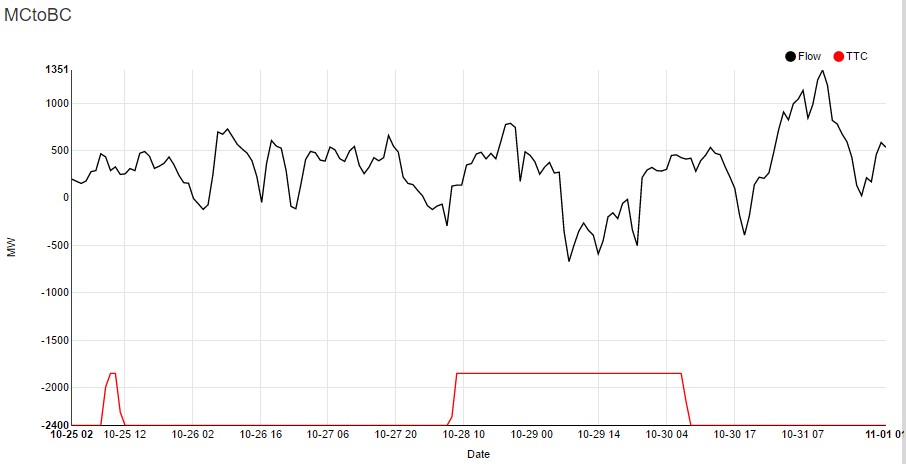 Flows increased into BC, reaching a peak of 1351 MW yesterday at noon before falling back down to 25 MW by the end of the night.  Early morning flows are around 500 MW for today.

Have a great week!