Yesterday’s LMP was generally higher than today until  9:00 AM this morning when prices jumped as high as $80 while alternatively, yesterday’s LMP crashed to $5.

Most hubs were either unchanged or up a couple pennies.  Cheyenne Hub was the largest mover with an increase of $0.05, while PG&E Citygate saw the only decrease, a drop of $0.01.

SP15 loads are down close to 2100 MW week-over-week.  Year-over-year demand has continued to be lower this year, now for the fifth consecutive day.

Week-over-week loads are again almost unchanged in NP15 with a decrease of just 140 MW yesterday.  NP loads have been nearly identical to last year for the past two days.

The cooler temperature forecast we’ve been following in Burbank for next week appears to have become a couple degrees cooler.  The lowest high is expected the reach 62 on the 1st, down two degrees from yesterday.  We’re also expecting the cooler temps to linger a day longer than previously forecasted, as the 2nd is now expected to be 7 degrees cooler than forecasted yesterday.

Halloween should be a bit cooler in Sacramento as well.  The updated forecast expects temps to hit their minimum on the 2nd, a full six degrees cooler than forecasted yesterday.

Not much change intraday for the 10 Day River Forecast, but it remains largely above the STP forecast aside from the 28th and 29th.  We are seeing the largest jumps over the STP on the 30th and 31st. 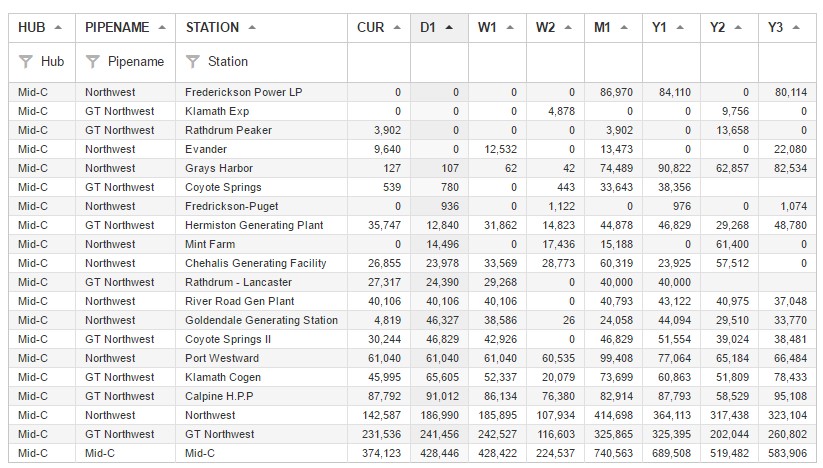 Two plants came back on line though both combined for just around 12,000 MCF.  While not completely dropping to 0, Goldendale Generating Station decreased its MCF close to 42,000 MCF.  This largely contributed to the overall day-over-day Mid-C MCF drop of 54,000 MCF (12.6%).

SP15 should be in a bit of a solar lull until this weekend.  The erratic solar generation should continue through next week.  Currently forecasting over 6000 MW on the 3rd. 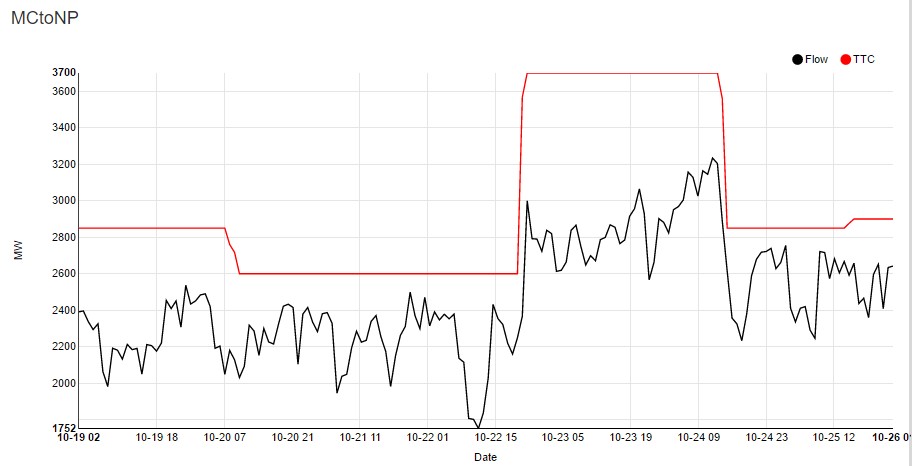 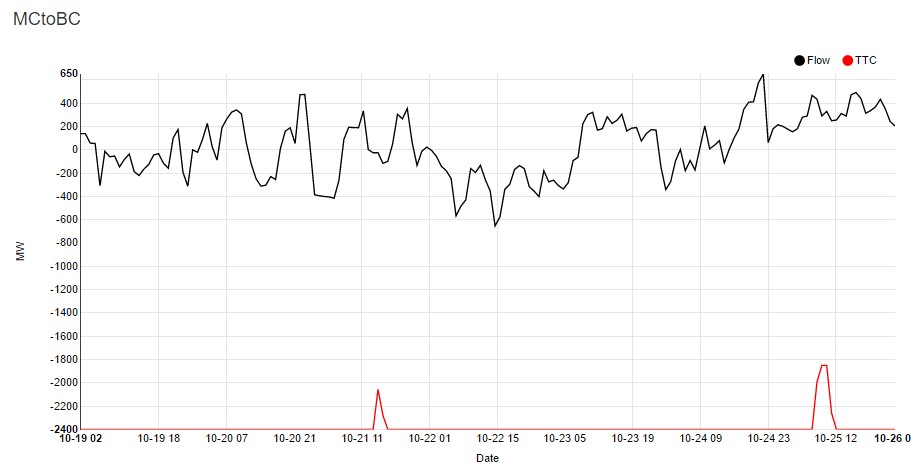 Flows continue to move into BC, now approaching its third consecutive day.  Peaks are reaching into the upper 400 MW levels for the past two days.

Have a great rest of your week!