Increases across all hubs with Cheyenne Hub showing the largest ($0.16).  PG&E Citygate increased just $0.01, the smallest among hubs.

Less dramatic week-over-week results in NP15 as loads dropped about 500 MW.  Year-over-year demand remains lower, but again like SP15, the gap this week is much smaller than last week.

2016 loads remain above 2015 at all hours in Mid-C.  Loads yesterday were around 700 MW less at their peak compared to last week.

The heat wave in Burbank that we’ve been forecasting for the past week has indeed come into fruition.  We could see a record high today if temps reach 99 as predicted.  Tomorrow should be hot as well before temps quickly jump back to normal by Sunday.

Rain is continuing to cover the Northwest, and the updated forecast suggests a new system should hover around the area for the next couple days before finally offering a break.

Cuts to the 10 Day river forecast remain in place, and have been scaled back even further for much of next week (compared to yesterday). 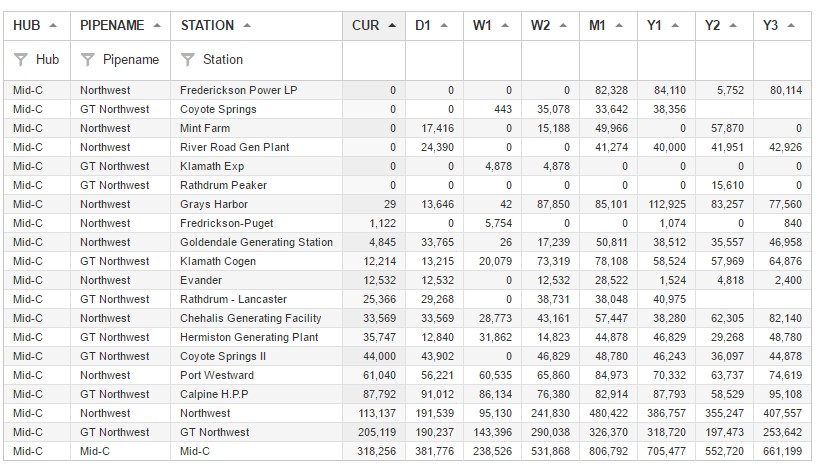 Mint Farm and River Road Gen Plant have both dropped to 0 MCF since yesterday, while Grays Harbor saw a drop from 13,646 to 29 MCF.  Hermiston Generating Plant was the only plant with significant increases in MCF.

While Mid-C showed large decreases in MMCF as noted above, every other hub other than SP15 produced an increase day-over-day (SP15 showed a drop of 25 MMCF).

Just two outages to report on in SP15 with 78 MW of wind coming off line and 85 MW of gas (SYCAMORE COGENERATION UNIT 3).

We are still forecasting steady wind generation for the foreseeable future in Mid-C.  Expect averages around 1250 MW and spikes as high as 3500 for the next week.

Looks like SP15 solar generation could drop off quite a bit on Monday next week before rapidly increasing to a two-week high.  We are currently forecasting Monday at close to 1500 MW less than today. 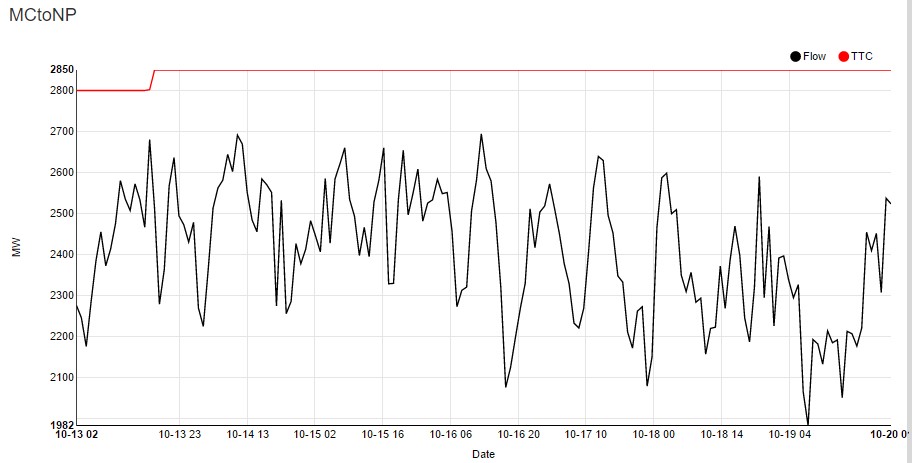 TTC has held steady at 2850 for a week.  Flow had a sharp drop yesterday at 8:00 AM and has since rallied back, close to its seven day average. 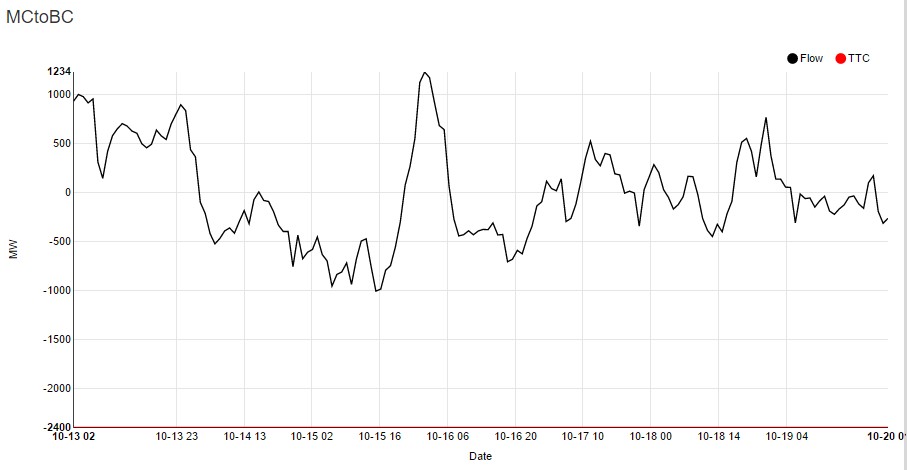 Flow hovered just below 0 for much of yesterday and has since dipped to -312 at midnight last night.  We haven’t seen much dramatic movement either way for several days now.

Here’s to a great rest of your week,