Mid-morning prices are up considerably over yesterday, and are highlighted by 8:40 AM high of 138.  Prices earlier in the morning were mixed.

Decent sized increases across all hubs.  SoCal Citygate showed the largest jump with an increase of $0.31 over yesterday.

Loads are down close to 20% week-over-week.  The difference in load between 2015 and 2016 had all but disappeared over the last week following the difference of 33% on Oct 11.

Very similar story with NP loads, though the year-over-year difference disappeared a day earlier than SP.  Week-over-week loads were around 1000 MW less yesterday.

Mid-C continues to show higher loads this year compared to 2015.  Week-over-week totals are largely the same.

Burbank will see 18 degrees above normal temps by Thursday, and should carry some of the heat through the rest of the weekend.  If the forecast holds true, it will be the second hottest temp on record for Oct-20 (98 in 2003 holds the record).

Another system will be moving into the northwest for the next couple days.  While it shouldn’t be anything like the storm last week, we’re still projecting over a half-inch of rain tomorrow.

River forecasts have been scaled back a bit compared to just three days ago, as well as compared to yesterday’s STP report. 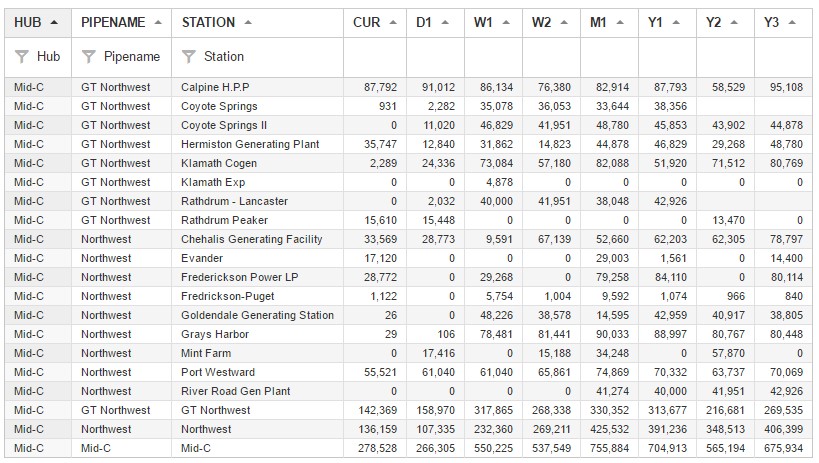 Quite a bit of gas movement in Mid-C.  Both Coyote Springs plats have seen their MCF drop to nearly 0 in the past week.  On the opposite side of the coin, Hermiston Generating Plant increased its MCF roughly 23,000.

Last week’s storm created several spikes in wind generation, including a high of 4284 on the 14th.  While we aren’t expecting another massive storm this week, wind generation is forecasting fairly consistent MW for the foreseeable future. 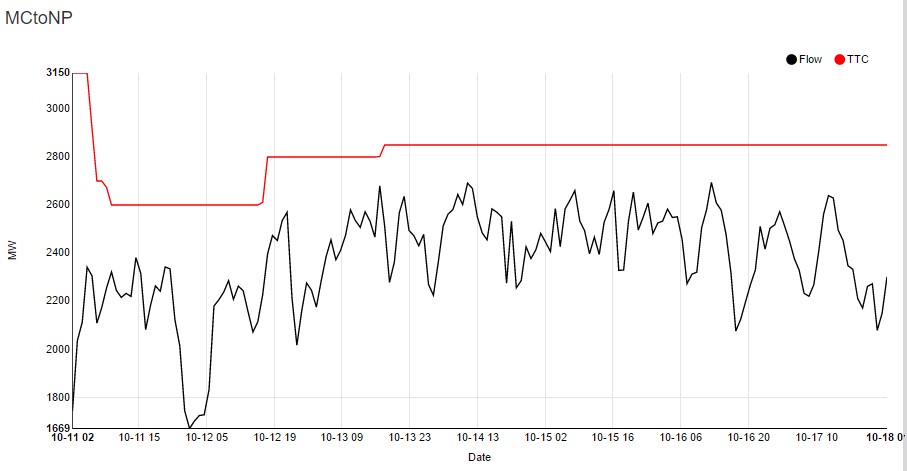 TTC remains reduced for the seventh consecutive day.  Flow has been starting to slightly decline over the past two days, on average. 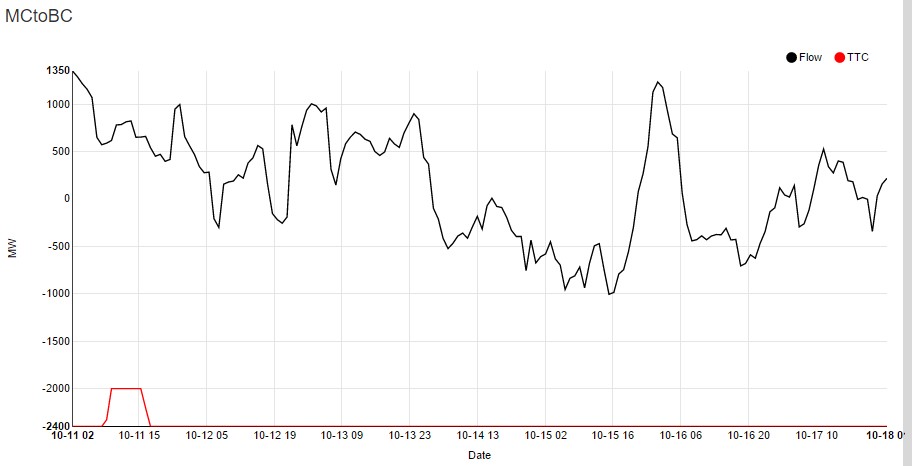 We’re seeing fairly mixed flow patterns over the past week following almost exclusive MCtoBC flow for the week prior.  MCtoBC peaked at 1234 early Sunday morning (2:00 AM).

Hope everyone has a great week,