The northwest braces for flooding, and demand remains largely down year-over-year in California.  Here are a few highlights of what’s going on in the West.

Prices are generally lower than yesterday, and considerably so compared to 8:00 AM.  We have yet to see a spike in today’s LMP.

Small decreases in gas prices across all hubs.  PG&E Citygate showed the largest decrease with a drop of $0.08.

Loads are down slightly week-over-week, and are considerably lower than they were on the same day last year (nearly 9000 MW difference yesterday).

NP loads are similar to SP though the year-over-year results were less dramatic earlier this week.  Yesterday’s loads were 4,000-5,000 MW less than last year.

Early morning loads in Mid-C have been consistently higher in 2016 for the past week.

Still projecting a decent sized burst of heat in Burbank next week (12 degrees above normal).  Should have cooler temps until next Monday.

Though we expected a huge amount of precipitation in the Northwest, the projections keep getting higher.  It will be very wet for the next several days.

The Northwest storms will easily reach into Western Montana bringing nearly 0.5″ into Kalispel.   Based on temperature forecasts, it’s still a little early and the storm a little warm to see snow in the valleys.

All this precipitation talk is being reflected in our Forecast vs STP report.  The difference seen in the graph highlights the increasing intensity of the storm.

Drops in gas demand across all Hubs, including a 150+ MMCF decrease in SP15.

Quite a few plants across all fuel types returned online today including close to 350 MW of gas in NP15 and 170 MW in wind in SP15. 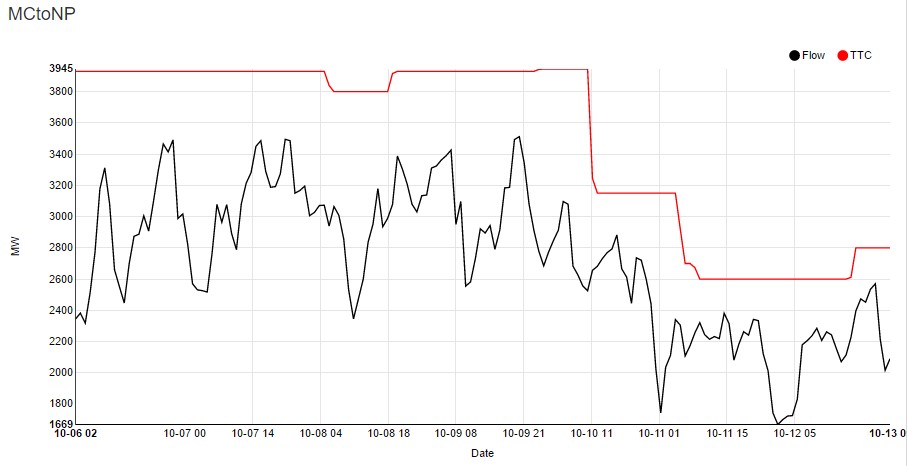 TTC and flow remain down following the drop that began on the 10th. 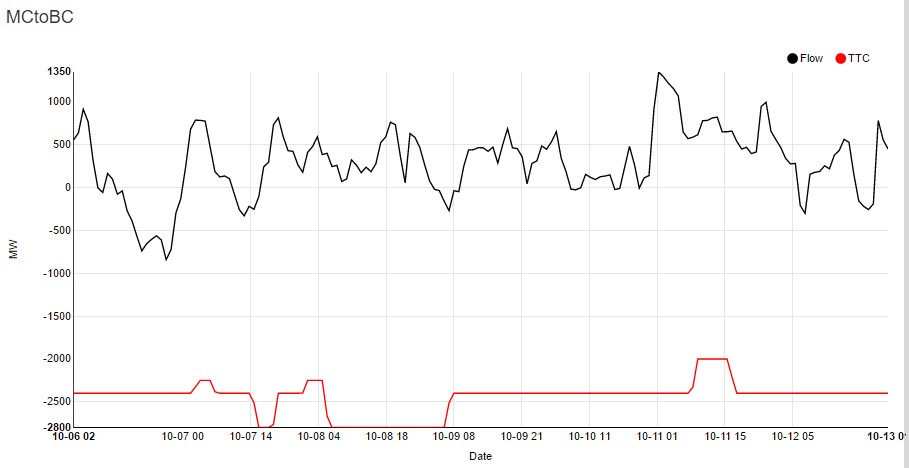 Flow has moved from BC to MC just twice in the past two days, just a small percentage compared to last week.