We’re expecting the Northwest to get hit with a lot of rain this week, while Western temps remain relatively mild.

Consistently higher prices this morning, especially at the peak at 7:45 AM.

Yesterday reached a high of 964 at around 6:40 PM before again settling near 29.

Big increases in gas across all hubs.  Largest increase in SoCal Citygate with a jump of $0.24.

Loads are up around 4000 MW week-over-week, but maybe the most notable thing this week is the year-over-year difference, currently 5000 MW below 2015.

Burbank should be enjoying lower than normal temperatures for another week before a very brief heat wave bringing a high 12 degrees above normal.

The Northwest is bracing for some serious precipitation in the next couple days.  The forecast for tomorrow’s rain has jumped from 1.3″ to over 1.6″ for Portland.

While not at the same level as Portland, Spokane and the Inland Northwest will see consecutive days of significant rainfall.  Perhaps nearing 1″ total. 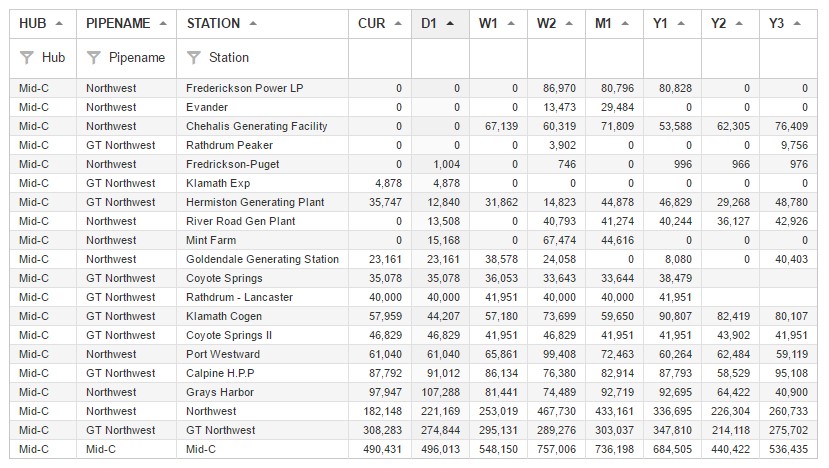 Three plants reduced gas MCF to 0 — all of which were on the Northwest Pipeline.  Hermiston Generating Plant had the largest increase, jumping up close to 23,000 MCF.

Mid-C increased 140 MMCF, while PV moved the opposite direction by dropping 103 MMCF. 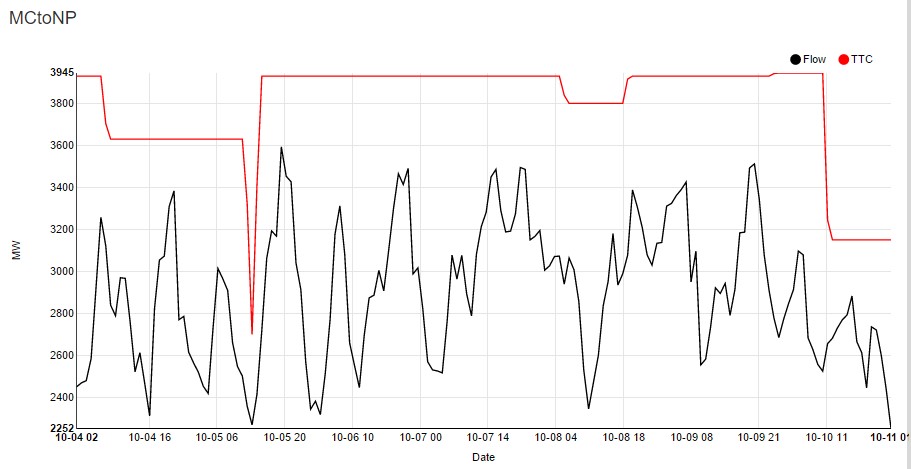 Big drop in TTC last night and moving into today.  With it cam a drop in flow into NP, dropping more than 1000 MW the last 30 hours. 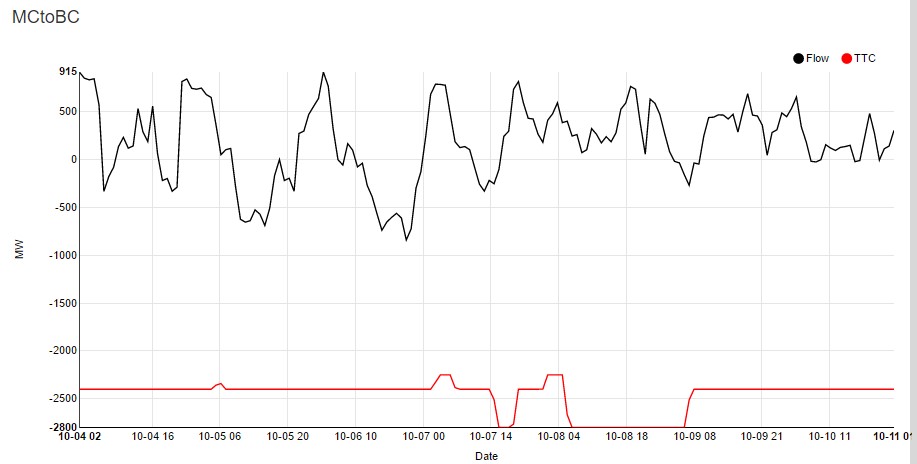 Flow has been fairly consistent in moving into BC since last Friday having only changed directions briefly over that period of time.