Seeing demand drop in SP, and the return of several outages that we reported on Tuesday.

Mixed results early this morning, though today’s prices are beginning to pick up steam.

Yesterday reach a quick spike at 991 at around 7:00 PM before quickly settling back down toward 30.

Gas is up across the board with Stanfield as the biggest mover ($0.06 increase day-over-day).

Seeing a big week-over-week decrease in loads (Sept-28 and Oct-5).  This Wednesday was about 30% lower (roughly 9000 MW) than last Wednesday.  Wednesday was also significantly lower than the same day last year as well.

Though not as dramatic as SP, PV loads were also down week-over-week with a decrease of around 2000 MW, or roughly 16%.

Burbank is currently sitting at seven degrees above normal, but will increase that anomaly to 11 degrees tomorrow (slightly reduced from yesterday’s forecast).

Similar story in San Jose, though the peak of the heat wave should come a day later as temps are expected to reach 12 degrees above normal on the 8th. 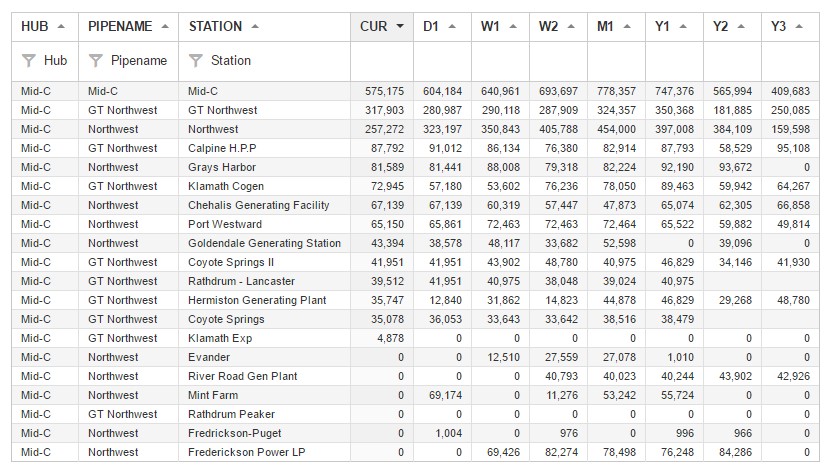 Hermiston Generating Plant had the largest day-over-day increase with a jump of over 23,000 MCF.  On the other end of the spectrum, Mint Farm reduced its MCF from 69,000 to 0.

While Mid-C saw a lot of action at the plant-level, NP15 showed the largest aggregate movement with an increase of 75 MMCF.

Most of the outages we saw on Tuesday have returned online.  Two plants in NP are showing outages — 180 MW in total. 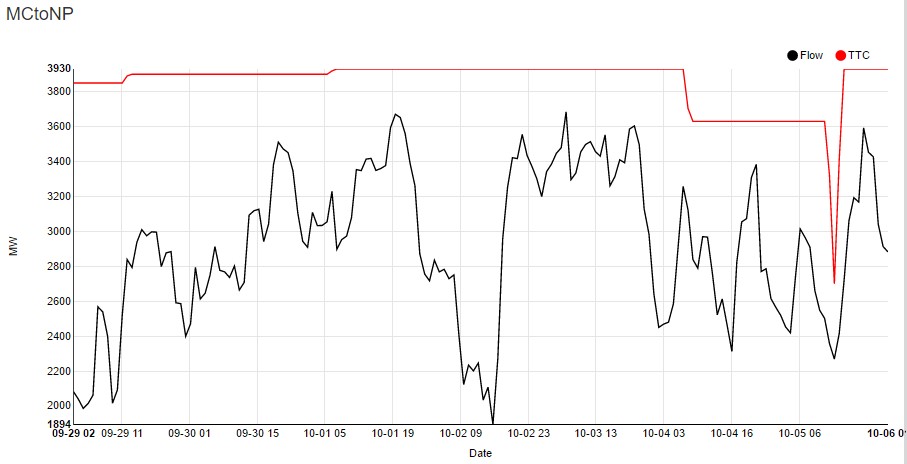 Big drop in TTC yesterday at 4:00 PM followed by an increase in flow shortly after. 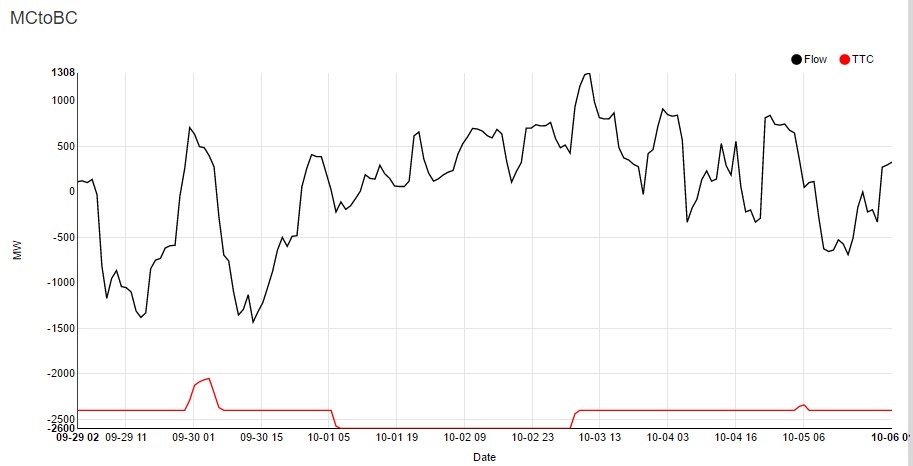 Flow has been moving both directions this week after mostly moving into BC last week.  TTC has been relatively unchanged since Sunday.