Here are some notable observations, highlighted by significant California outages.

Mixed results this morning, but an overall lower average price compared to yesterday.  Especially as we move into the late-morning hours.

Gas is mostly unchanged aside from SoCal Citygate which recorded a $0.12 increase day-over-day.

Congestion peaked between the hours of 9:00 AM and 5:00 PM yesterday, otherwise congestion hardly existed the past two days.

Year-over-year loads are starting to tighten up a bit compared to last week, though they generally remain down.  Loads also look to be down week-over-week.

Loads have continued to decrease over the past seven days, following a similar pattern seen last year.  It’s beginning to look like we’ve reached a trough however, and the decreases might be done for a bit.

We’re seeing a similar pattern in NP, though loads are beginning to increase perhaps a day earlier than SP.  Loads have recovered year-over-year after being significantly lower late last week.

Portland is begun its climb out of lower than normal high temps, and today’s forecast suggests it might finish the climb a little earlier than expected.  We aren’t forecasting any higher than normal temperatures of significant value within the next couple weeks.

Portland has been hit with some significant precipitation today as well as yesterday.  The two day total should be north of one inch.

Burbank is expecting more than 10 degrees above normal temps later this week,  a bit higher than was forecasted yesterday.  Temps should stay above normal for nearly a week.

Similar story in San Jose, though they are coming out a bit of a cooling session before hitting 10 degrees above normal.  The expected high on the 8th is forecasted four degrees higher today than it was yesterday.

Phoenix should be sitting below normal through the work week.  This cooling period is punctuated today with a high temp that is ten degrees lower than normal.

Rivers are forecasting well below yesterday’s STP forecast, especially on the 7th. 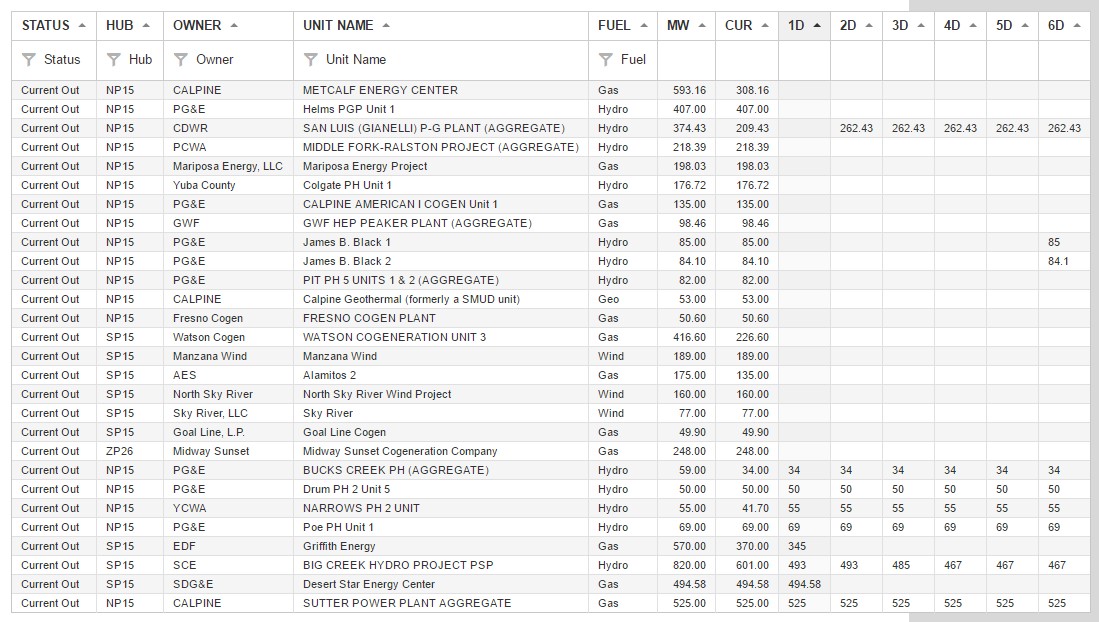 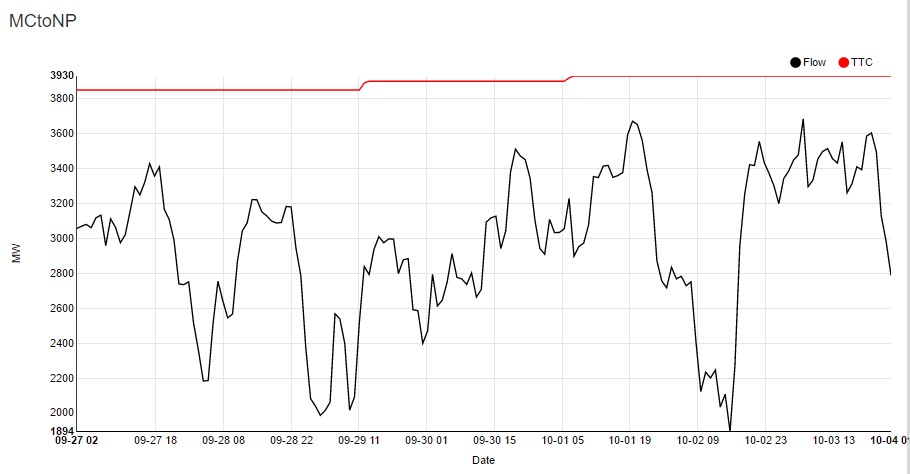 TTC had a couple small increases over the past week.  Flow dropped sharply mid-afternoon Sunday before recovering quickly. 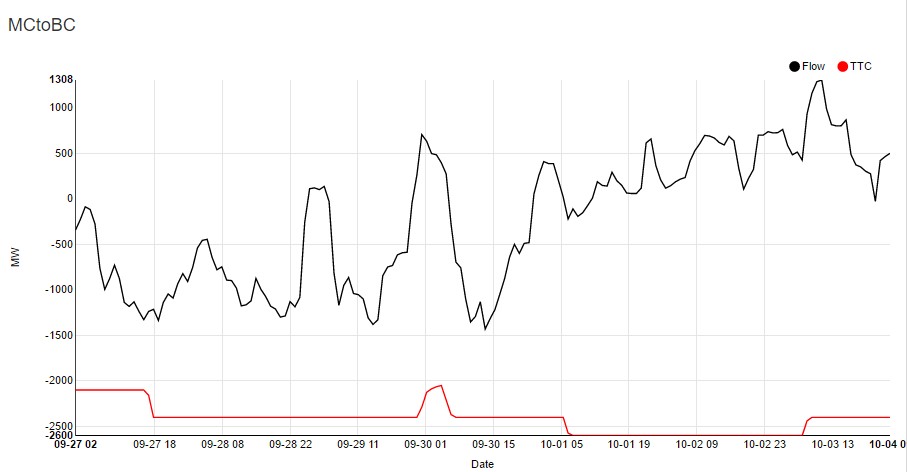 MC has been flowing into BC since Saturday afternoon, reaching a peak at 1308 yesterday at 11:00 AM.