A few things to highlight as we move into the heart of the week.

Mixed results for Cal ISO after higher prices in the early morning, though overall not much of a change from yesterday.

While the markets opened identical this morning, yesterday produced some very high results…we’ll keep an eye out to see if today is similar.

SP jumped above NP several times yesterday late-afternoon.  This gap was highlighted at 4:15 PM where SP hit 701 while NP sat at 134.

Non-ISO had some massive spikes including one at 755 for Nevada at 7:00PM yesterday.

Loads peaked at 7:00 PM yesterday, though loads were generally below last years’ levels.

Unlike PV, the 26th saw a year-over-year increase in load, particularly during peak hours.

We saw the largest year-over-year variance during peak hours yesterday as 2016 loads jumped nearly 20% higher than 2015.

Higher than normal temperatures in Portland this past weekend are being followed by an immediate drop for the rest of the week.  High temps could be 10 degrees below normal by the weekend.

Temps will be dipping below normal in Burbank as well before they settle into a more normal temperature pattern.

San Jose is expected to be 15 degrees above normal today, though will cool off in time for the weekend.  They could see another heat wave hit in 10 days.

While we aren’t seeing any dramatic variation from normal temperatures in our forecast, it does look like next week will be cooler than projected a few days ago.

MW are projected higher than the STP update from yesterday.  The largest increases are showing up at the beginning of next week.

There are a few new outages to report as 570 MW have come offline in NP15 in addition to 55MW in ZP.

After a few windy spikes today and Friday, next week should bring consistent wind generation — peaking around 6000 MW. 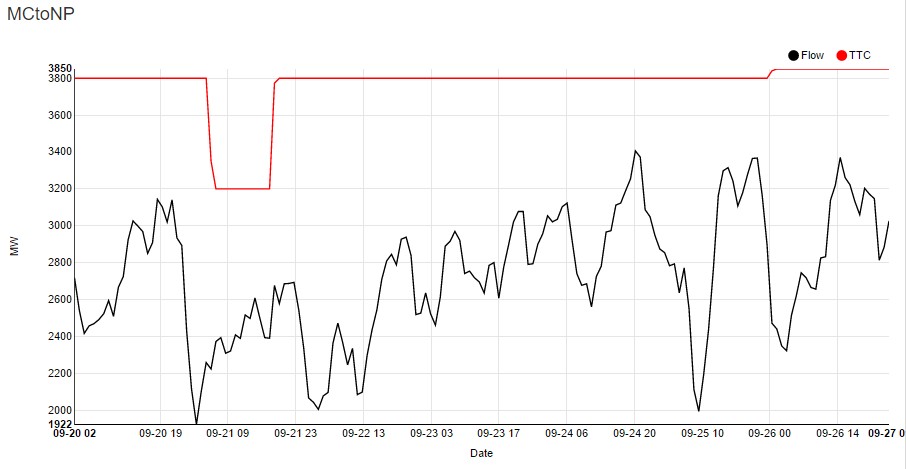 TTC has stayed consistent after the drop on the 21st, while flow has steadily increased aside from the dramatic drop late Sunday. 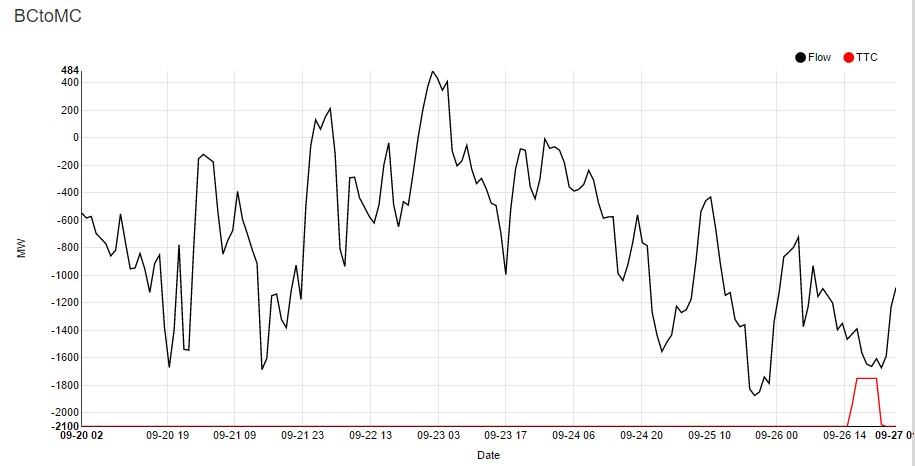 A lot of flow moving into MC Sunday evening, and continuing through today.