There is not a lot to say about demand other than loads are creeping up at the Mid-C and drifting down at SP:

This isn’t new, therefore isn’t news, as the trend at both hubs has been in place most of the month.  SP has a a gig or two to shed before it lies relatively dormant, load-wise, for the next 4-5 months while the Mid-C is set to add another 5-6 gigs by Christmas.  The renewable front is neutral with respect to the SP-MC spreads with both SP renewables and Mid-C weakening of late:

One indisputable bearish element, relative to that spread, is the current refuels of DC1 and PV2, and the fact they will return in the next few weeks adding two gigs of baseload.  If you haven’t gotten the love out of your SP or PV length by now you probably won’t for a while: 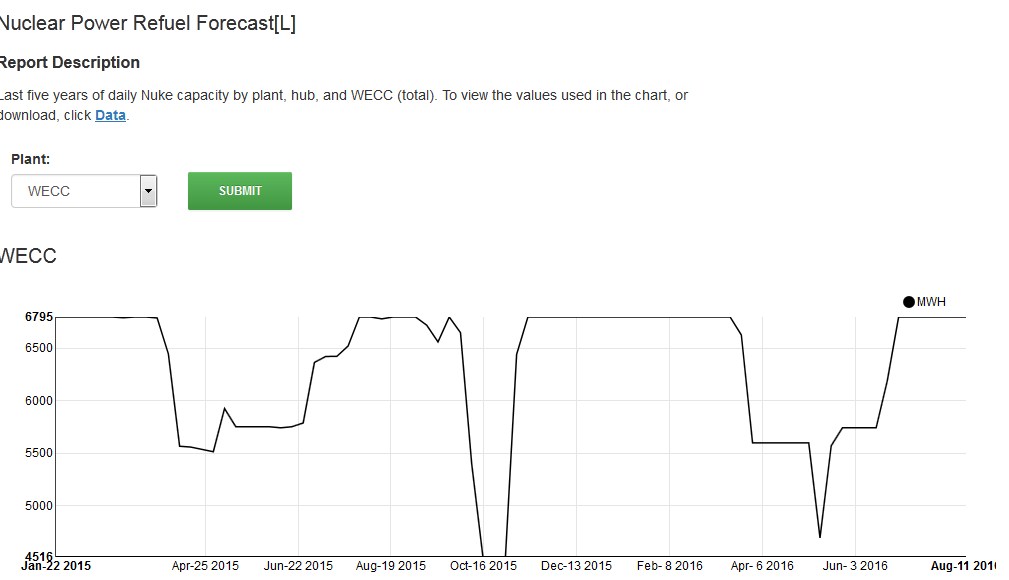 The first plot is the current status from the NRC over the last 90 days while the second is the Ansergy refuel forecasts for the next six months.  Please note I used the zoom in feature to highlight the near term outlook.  It is worthy to note that after the PV unit returns there is not another scheduled refuel until next spring.

On the transmission front not much is changing, BC purchased a decent block from Mid-C yesterday but essentially is not aggressively active in the market at the moment.  The ISO has shrugged off the DC maintenance and is now importing a gig or so less than it was a few weeks ago; clearly it doesn’t need the energy that otherwise might be flowing on the DC.

More worthy of some commentary than the above are the developing hydro dynamics in the northwest.  Let’s start with the River Forecast Center’s 10 day versus Monday’s STP:

This is bearish.  The RFC has added a gig beginning on Oct 31 to the next five days and a half gig to the remaining two days and thereby nearly offset the cuts they projected in the most recent STP versus the prior week.  Normally I’d discount this but the northwest is going to realize a significant precip event over the next few days and this is driving the RFC’s revisions, and probably will result in a bearish STP on Monday.

Some of the key locations  I look at are Kalispell, MT, Spokane, WA, Boise, ID, and Portland, OR: 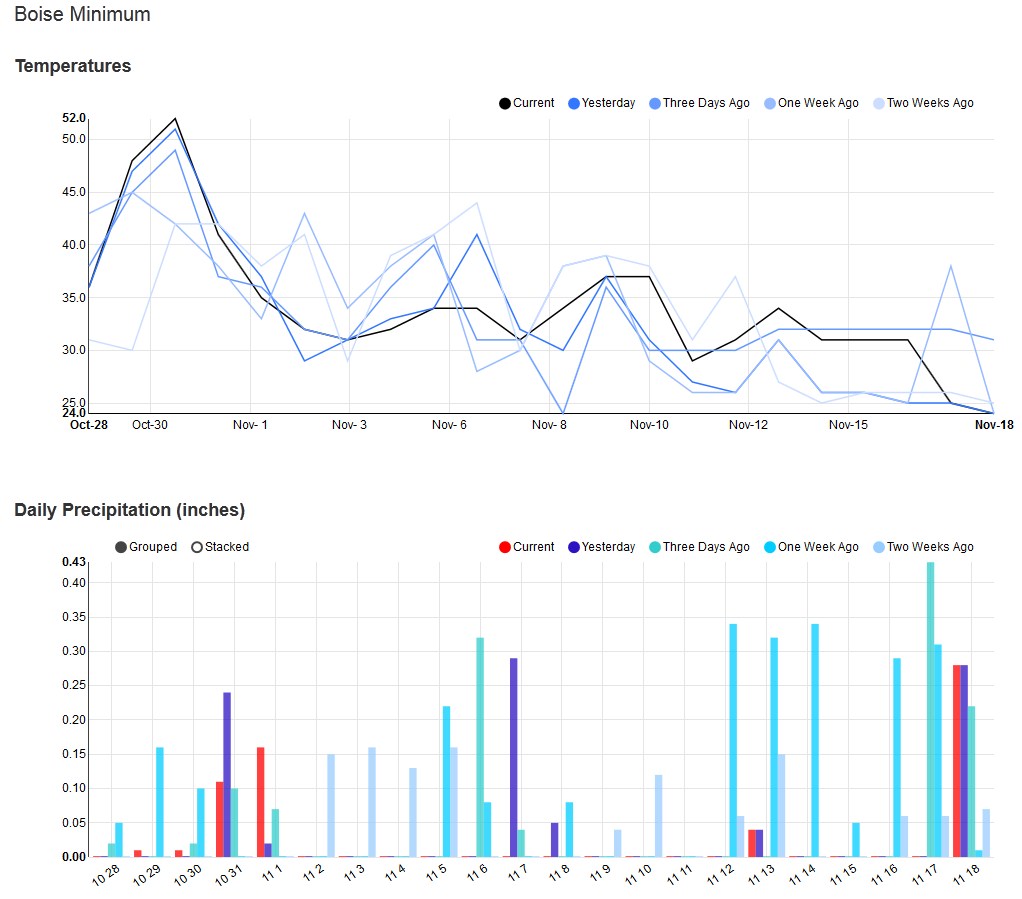 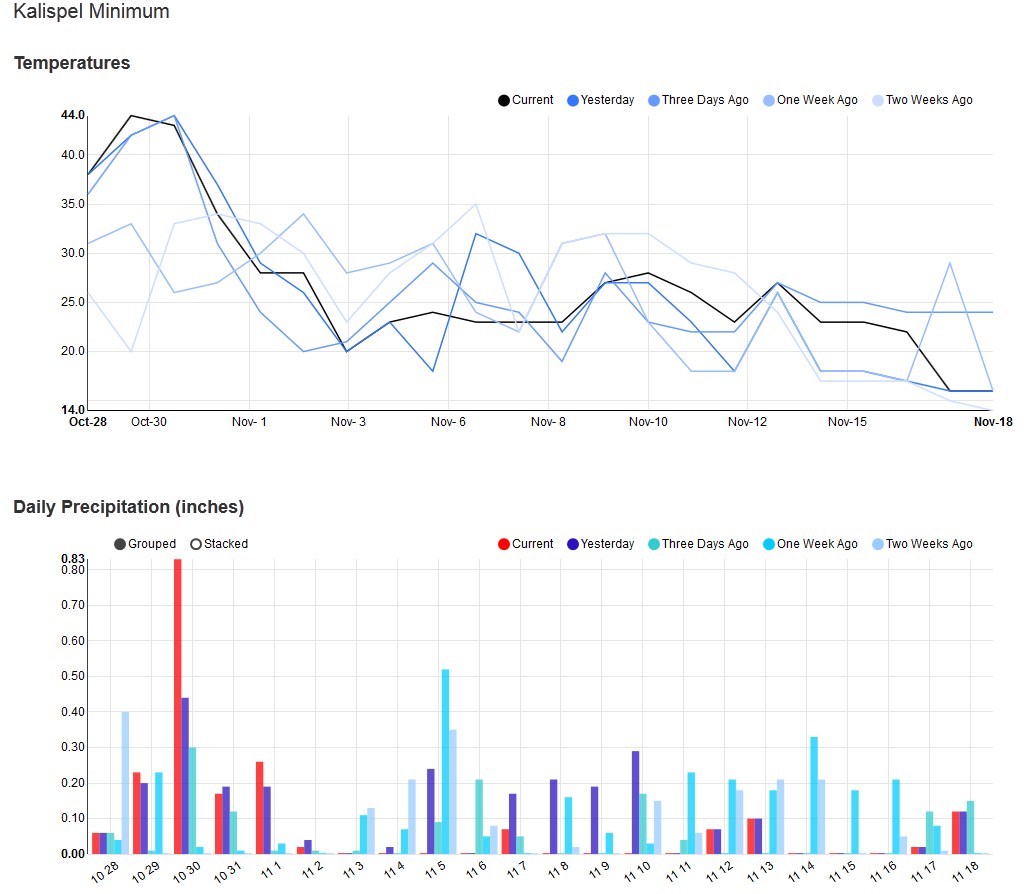 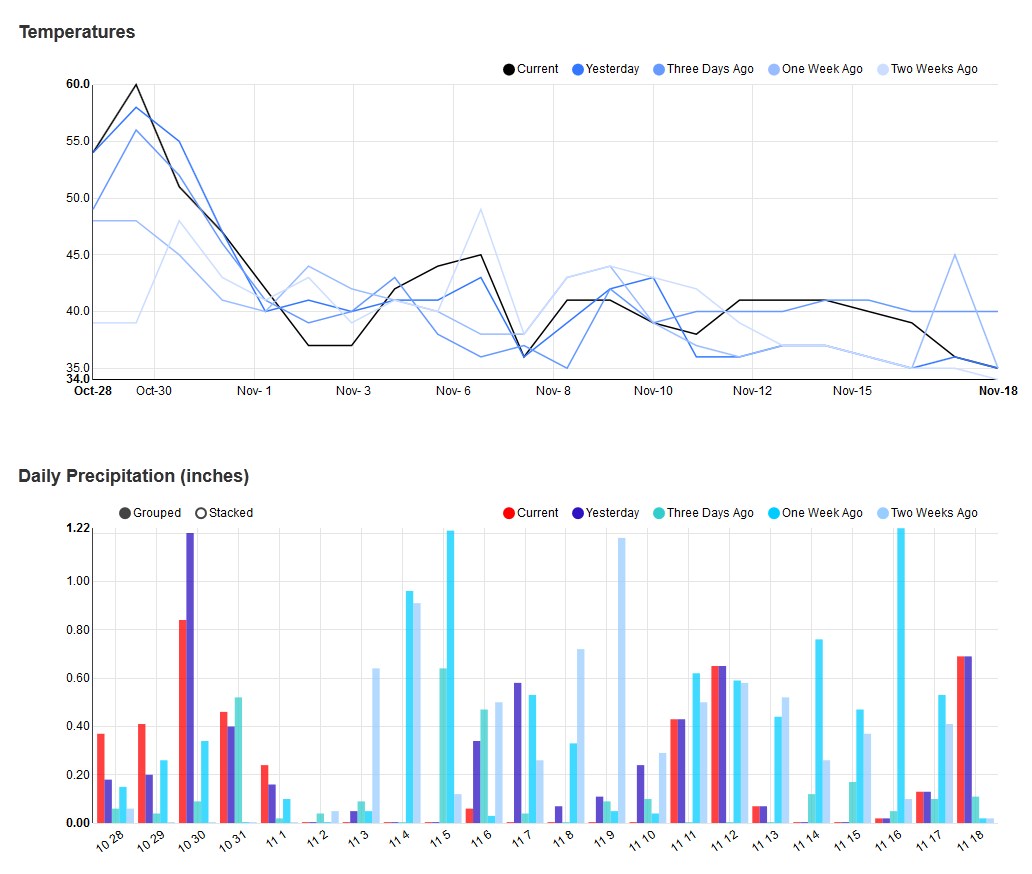 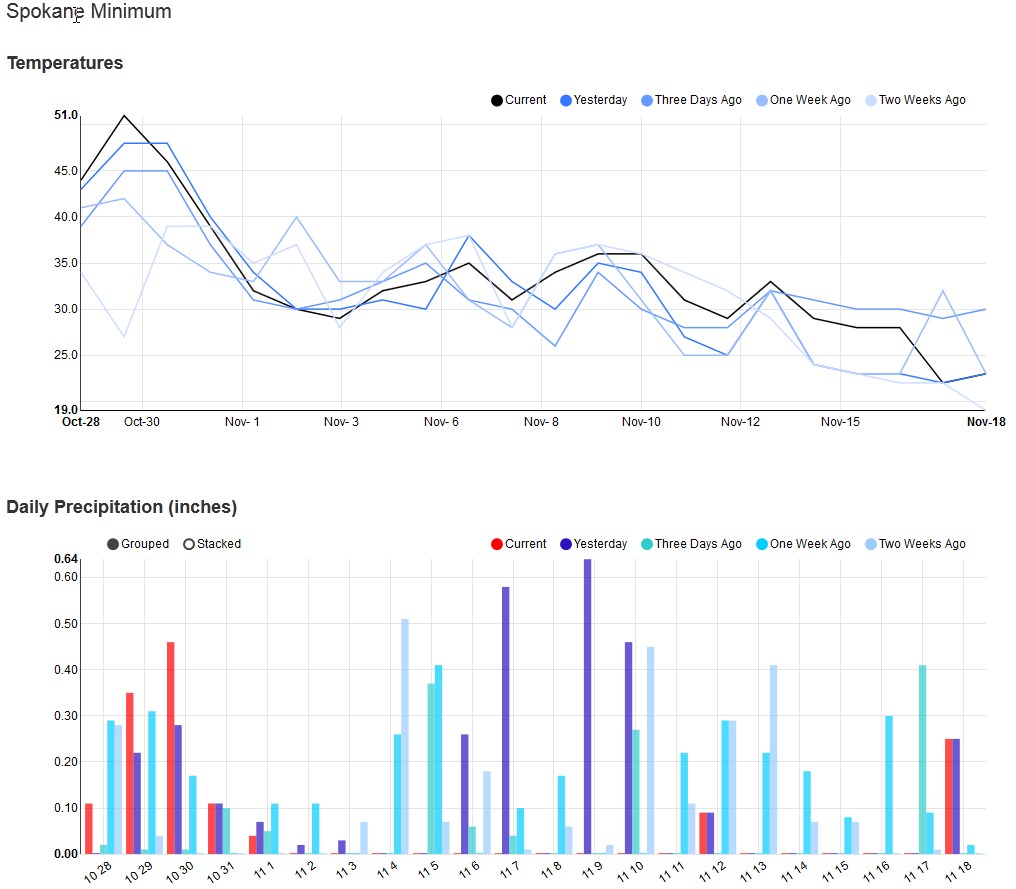 The storm track is shifted north which is why California is not getting much and Boise’s precip is below Spokane’s (very un El Nino like).  Most interesting is the volumes in Kalispell and Spokane: nearly an inch cumulative in both locales.   Given that Spokane is lucky to get 18 inches in a year a storm of this size, at this early date in the water year, is material.  I’ve also included the min temps which suggests snow levels north of 5,000 feet, rain below.

Rain is the one element that will wash away whatever bullish sentiments we have with respect to Mid-C.  This is not enough but it begs the question “Has a new weather trend started?”  Worthy of watching, clearly the RFC has its eyes glued to the event and we expect more energy in next Monday’s STP forecast.