Before diving into the market allow me to explain a bit further the issues with website speed.  Apparently Google released an update to Chrome over the weekend that results in the browser lagging due to the frame rate slowing to less than one frame per second.  Chromium (Google’s Chrome team) has been notified of the problem and we assume will soon address the issue.  In the interim Firefox and Safari run the Ansergy website flawlessly and we highly recommend you download a copy of Firefox until this is resolved by Chromium.

Update: The following was posted on Chromium’s bug blog earlier this morning:

We apologize for the inconvenience and expect Google to resolve this soon.  If you cannot use Firefox the website still  works for Chrome but has slowed down.  When you do run a report just wait a second or two and the page will refresh; do not keep clicking, that won’t speed up the refresh.

Loads have tanked in the ISO and are sideways in the northwest: 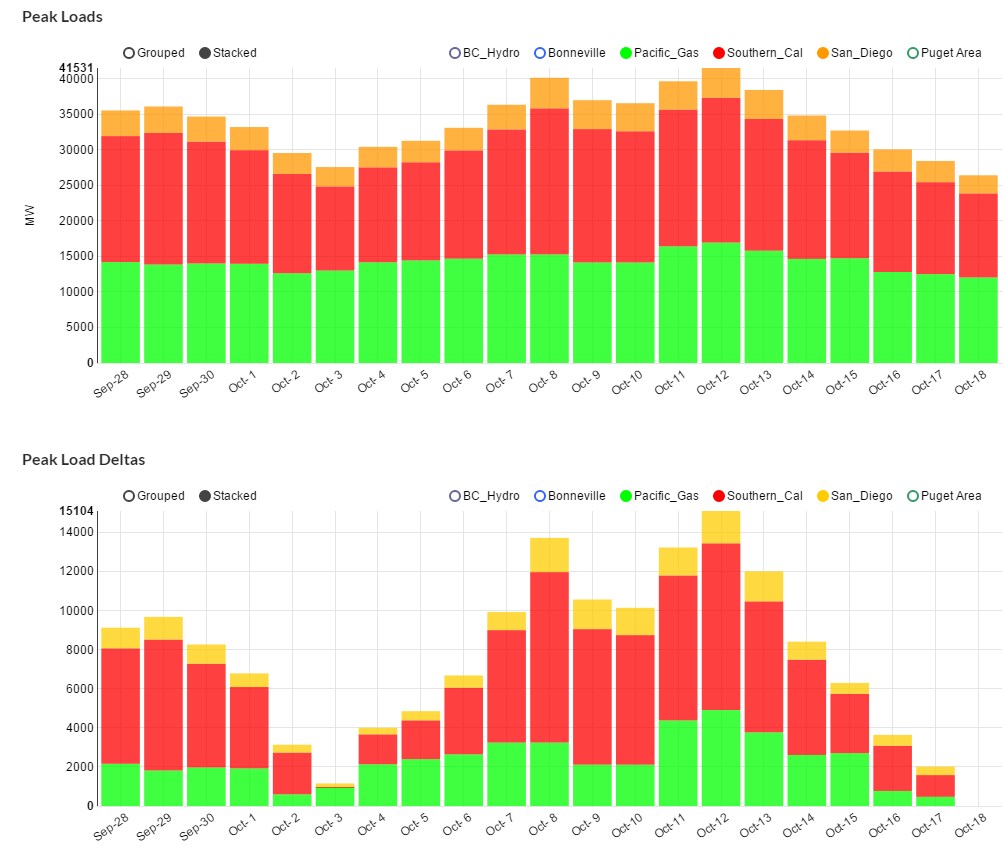 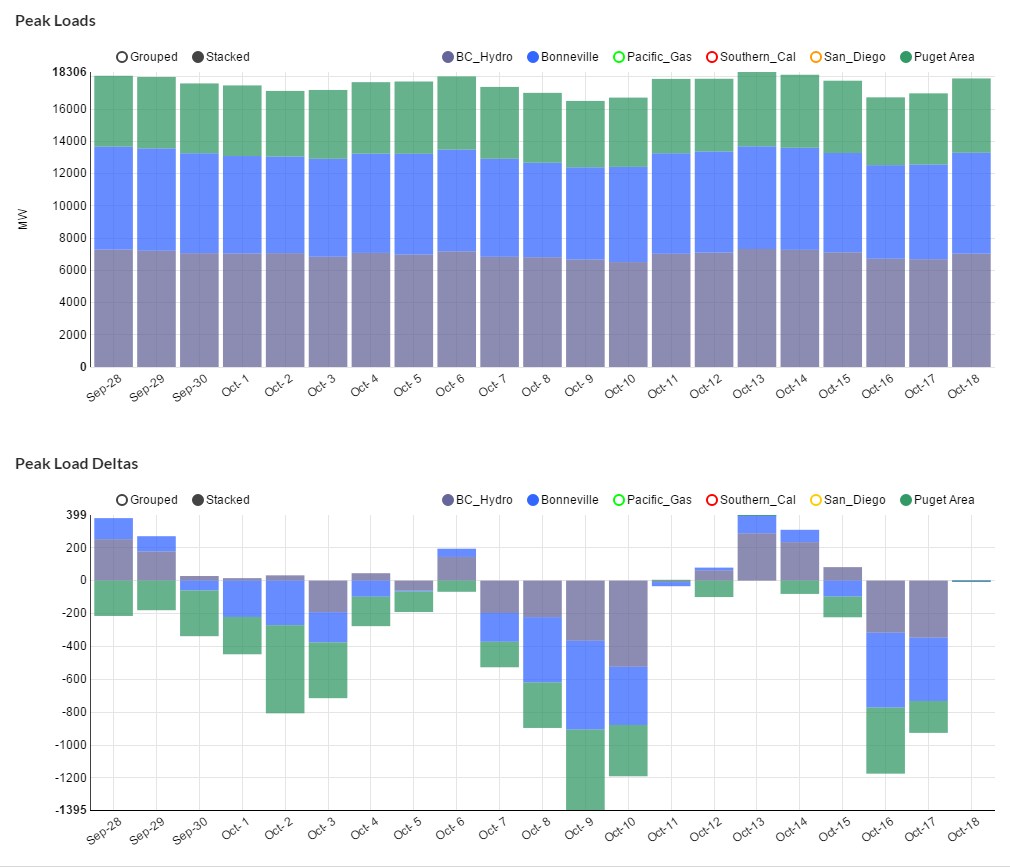 That is a 12k drop in peak ISO loads from one week ago; the northwest utes are just sideways but that is soon to change:

The load spread (SP-MIdC) officially flips around the first of November with Mid-C now the “premium” load hub.  Sounds bullish, huh?  Not really, if we looked at the net energy served by the stacks for both hubs we get less excited:

Mid-C does dig a bit deeper into the stack but not as much as the increase in loads due to the RFC’s projected increase in hydro for November:

A haircut for the next week then BAM, 3 gigs of new energy on the first of November.  I cry bullpoop and would suggest that once BOM goes bye bye, and Nov becomes BOM, the recent downward revisions will be extended into November.

There are hints of that coming true in the RFC 10 day forecast – they are pushing the cuts deeper into the backend of their forecast.  On another note, and also bullish for Mid-C, is a slight change in the Northern Intertie loadings:

BC is actually buying on more hours than selling, a first since last spring.   Of course cash doesn’t support much reason to be bullish about Mid-C, or bearish about SP15, but cash never has called a change in trends, only good fundamental outlooks can do that.    I’m still bullish on the Nov Mid-C and neutral on anywhere in the ISO.

Looking a bit further into the curve two trades warrant further comments.  The first is the Q2 SP-MidC:

About a month ago I had suggested that the spread was too wide given El Nino – today I’d suggest it’s time to cover that short after the market has plunged back to an Nino-induced reality.  .  The other trade was the Q3-Q2 Mid-C on peak roll:

This too had been a short recommendation and, like the spread, am now suggesting not only getting out of the short but going long the roll.  Q2 could find itself a touch on the mushy side if California gets the big wet, which it most likely will, even if the northwest is dry.   Q3, on the other hand, should be relatively immune from El Nino.

The downside in length is relatively limited by the constancy of El Nino projections.