We have a new STP 120 day forecast, effective around 2:00 pm pacific time.  As for that update, not much to say other than the RFC is consistently consistent.

This first plot compares this week’s (10-19) forecast to same week from previous years.  I use this to get a reality check on the forecast and the conclusions I’m drawing is that the govt doesn’t see much change from past years, though reservoirs are below normal.  I think the water is overstated:

The next plot compares the current STP aggregated into monthly energy (aMW) and compares against the previous five forecasts.  This plot is useful for identifying trends in the RFC’s forecast.  As you can see they have steadily walked October down, each week, yet kept the out months the same.  This further confirms my suspicions that November will eventually be revised downward, perhaps as soon as next week.  Now, on to the dailies ... 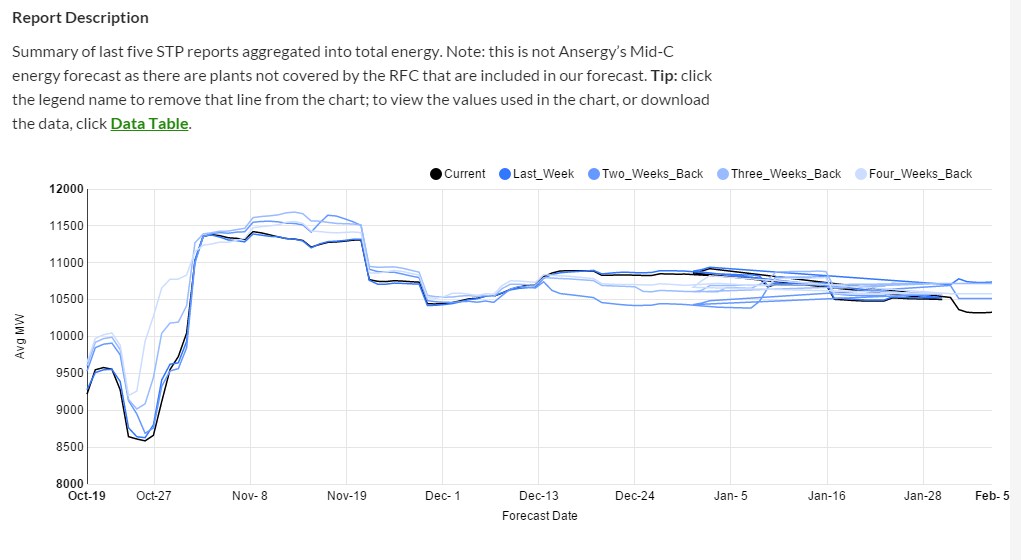 Very consistent with last week’s forecast in the front with both scheduling large increases in hydro production at the start of November.  Most likely  this is in response to the expected increase in demand from seasonal cooling.   It looks like BPA is preparing for the same as they have been filling Coulee rather aggressively of late: 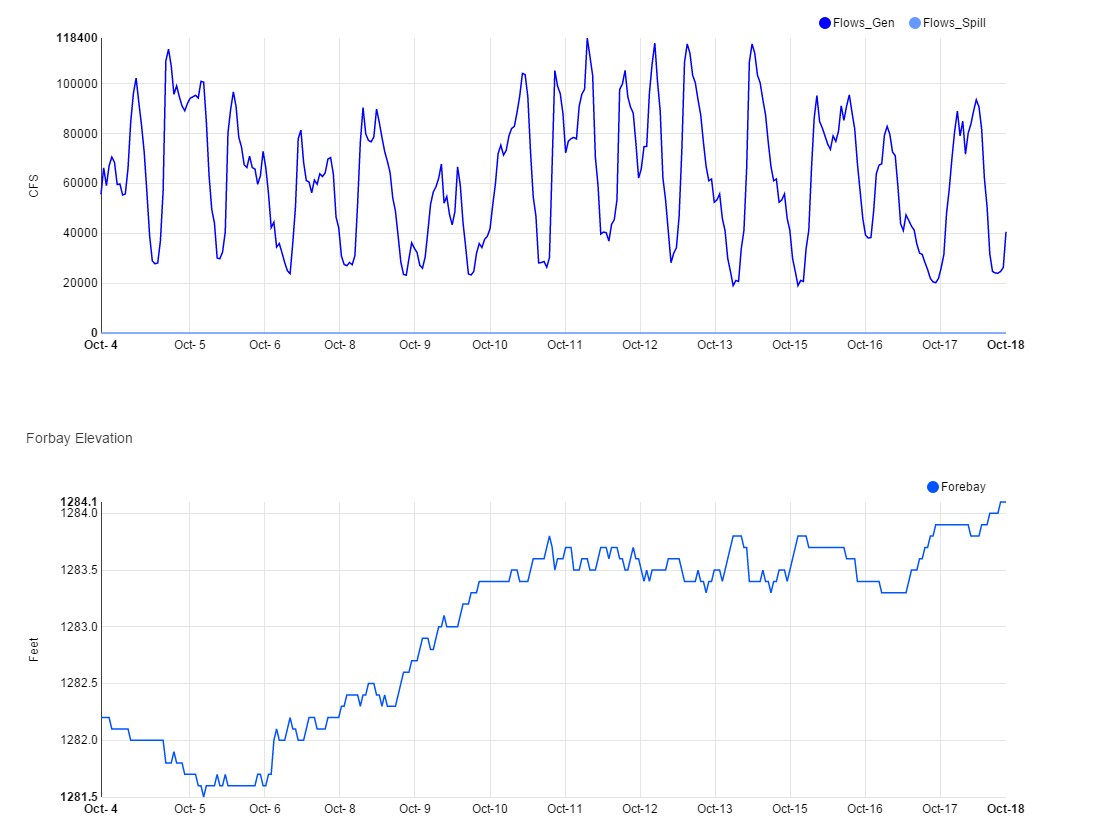 All in all, it’s a rather “dry” forecast, as is the outlook for precip in the northwest.