While Mid-C temperatures drop and begin to assume an element of heating load-driven bullishness: 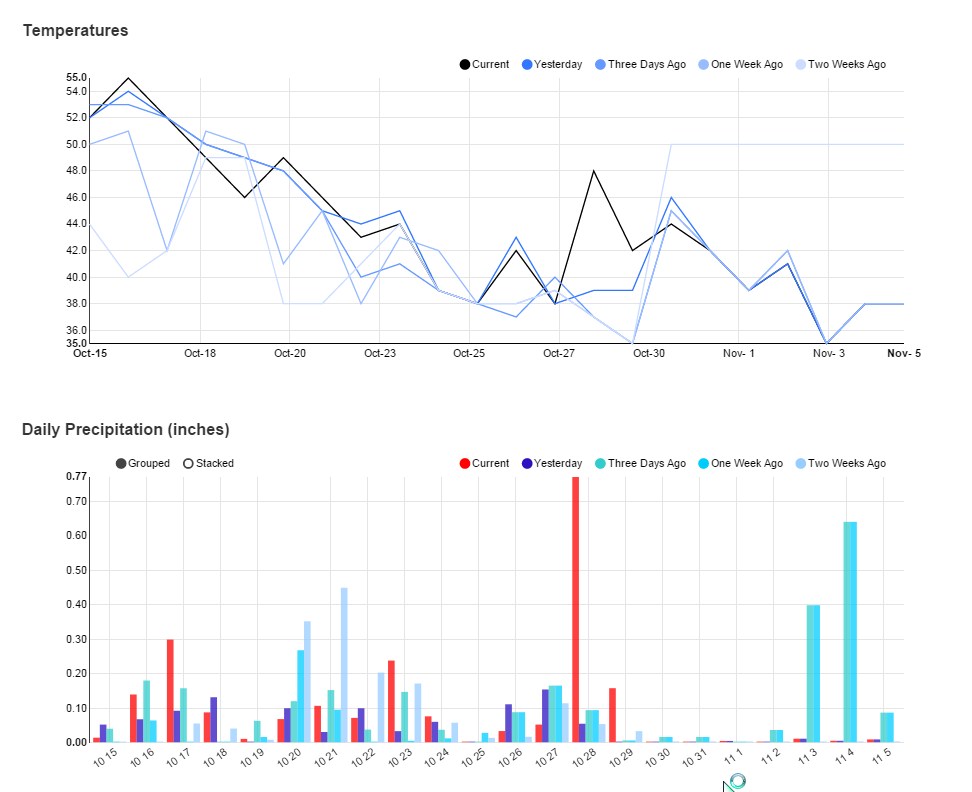 And the rains are returning adding a slightly bearish twist to the drama.  The River Forecast Center seems to concur having added some additional energy to the back end of their 10 day, though they have tempered that additional water somewhat in the last two 10 day forecasts:

The northwest remains longer due to the DC cut:

And BC Hydro hasn’t helped the bullish cause by their aggressive selling of late (the change happened about the same time BPA restored the AC TTC earlier this week):

All of this transmission work has rendered the ISO slightly more bullish:

Though the cuts on the DC have been mitgated by jacking imports from Mead and Palo:

All in all it’s a WYSIWYG world … what we saw this week most likely will extend into next week, but then things start getting more interesting.  The Diablo nuke will be then a week away from returning and the climatological cooler weather in the northwest will be raising loads:

while loads are shedding in the ISO:

Both stacks in November are sitting on bullish inflection points though SP’s stack has equal bearish downside as upside while the MidC’s is more skewed towards bullishness: 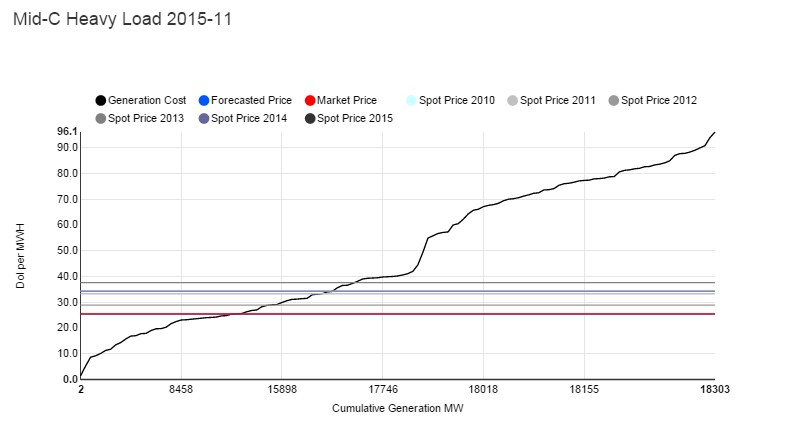 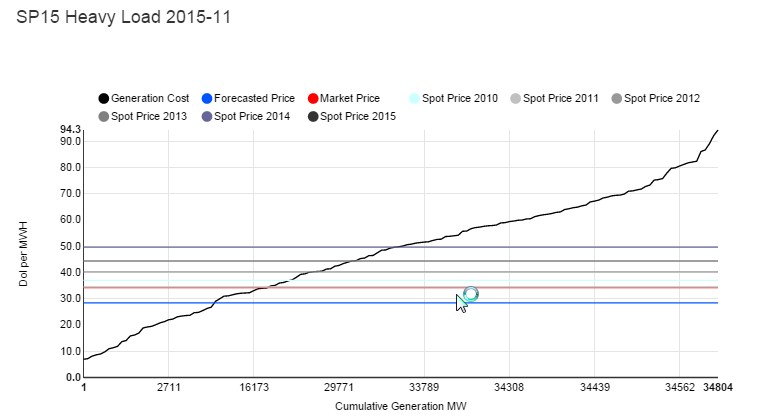 render me a mini-MidC bull and neutral on the SP: 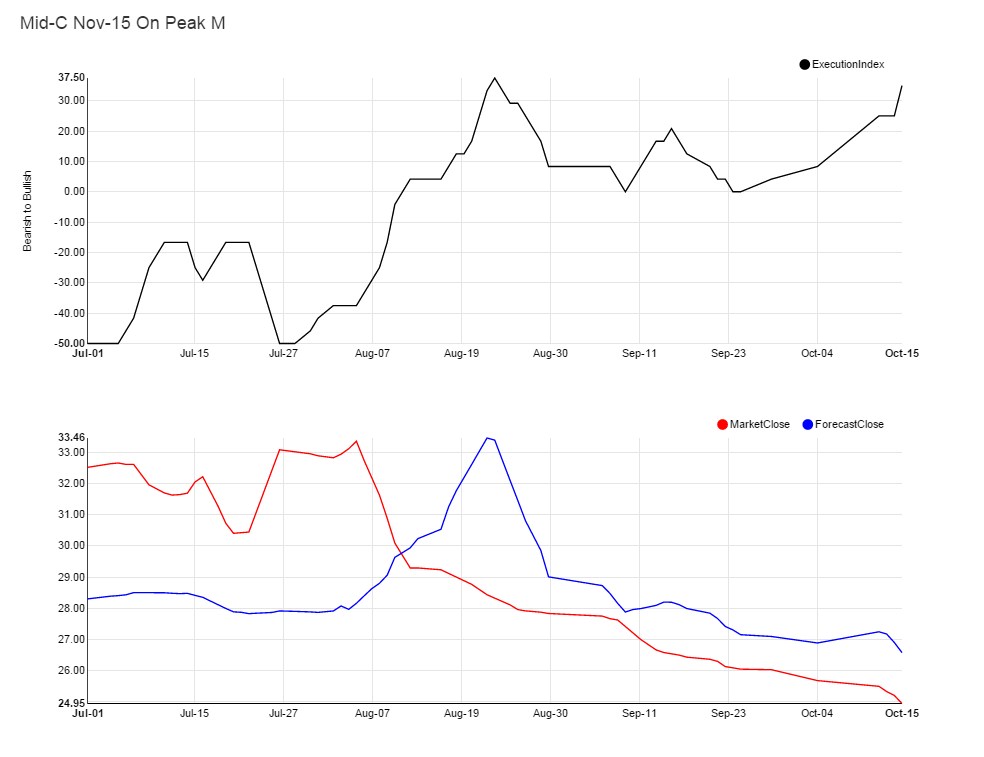 The opportunity matrix has swung to a more bullish tone for all products given relatively low market prices.  Some of the other model sentiments for November and December (on peak) are expressed in the tables below:

I see no home runs, just lay down bunts and pop a single here and there and you are bound to push across a few runs over the next several weeks, though the season for home runs is fast approaching as we enter what should be one of the more interesting water years in the last decade, though the latest weekly El Nino indexes are now showing the 97-98 pulling ahead of the 15-16 event (2.6 vs 2.4 as of Oct 7).